A Cheap, Lightweight Stocking Filler with a Supercharged, 430bhp V6 – The Lotus 3-Eleven 430

When your must-have qualities for a car are that it must be British, lightweight, road legal but also good on the track, must have a rear wing but no doors or roof, and you only have a £102,000 budget, you’re really limited on choice. But today Stelvio Automotive has found an answer and it comes in the shape of the Lotus 3-Eleven 430.

It’s December! The time of year that most men suddenly remember they have all their Christmas shopping to do. You get all the easy stuff like chocolates for the office, something shiny and/or expensive for your significant other, if you were careless enough to have children you have to spend most of your year’s hard earnt wealth on the most expensive electronic item that’s trendy for that year, you get something for the parents, close friends, a fluffy toy for the cat, and all of a sudden, you’re down to your last £102,000.

It happens every year: after all your generosity you never quite have enough money left to treat yourself to the Ferrari 333 SP you’ve wanted for so many years. But, fortunately, this Christmas, there is an alternative! It’s not quite as powerful as the 333 SP, it’s not even Italian to be honest, but equally the brand name still holds a lot of prestige and is almost as well-known, worldwide. It has many of the same qualities as the Ferrari, including not having any doors, or a roof, and it can still do 180mph. Plus, unlike the 333 SP, you can also take it off the race track, ditch the dreary SUV, and drive it on the road, and all within your breadline budget. It’s the Lotus 3-Eleven 430 and you can even get it in red (above). 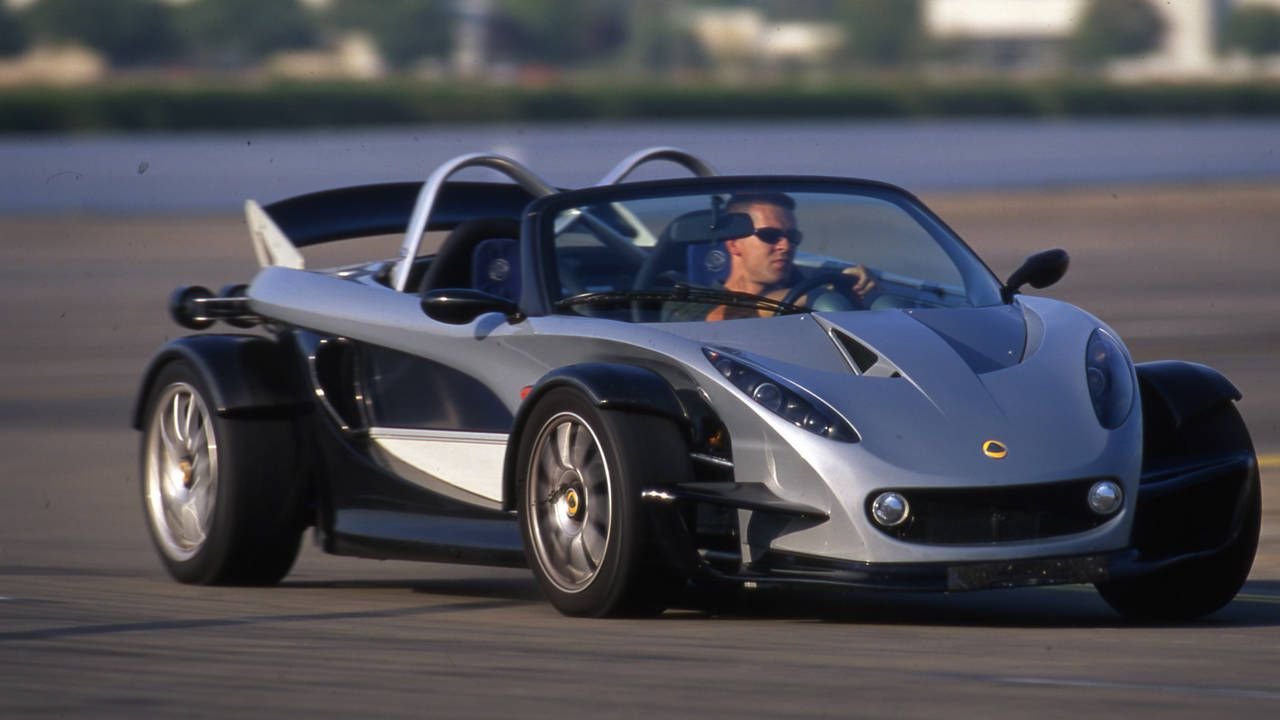 The Lotus 3-Eleven is, surprise, Lotus’ 3rd attempt of their road going track car. The original offering, the 340R, was released back in 2000 and it was, urrmm, an acquired taste. Based on the series-2 Lotus Elise, the 340R was a 180bhp car which basically slimmed down the Elise to its bare bones, then stuck a wing on the back and a slightly higher downforce body shell. It shaved off over 150kg from the Elise weighing only 701kg and this resulted in a good, racey looking, little sports car which would certainly turn some heads as you drove it down the street.

The “but” with the 340R (aside from the looks) was that it only did 130mph due to its short-ratio gearbox and its rubbish Rover engine. So, Lotus went back to the drawing board and, in 2007, they released the 2-Eleven (below). This car was one of my favourites the moment I first saw it. It looked like a baby Le Mans car with its slightly boxy, open air cockpit and a big rear wing on the back. This car was based on the series-2 Lotus Exige which housed Toyota’s 1.8ltr 2ZZ-GE engine, a supercharged variant of the same architecture used on my Toyota Celica’s block. This thing was a track day car first and foremost with owners having to pay more just to make it fully road legal. Its key rivals were Caterhams and Radicals which were still both quite popular at the time and the 2-Eleven fared well against them in terms of handling and general driving dynamics. This was due to the fact the car only weighed 670kg, but criticism again came as critics said the car was still slightly under-powered, only producing 252bhp. 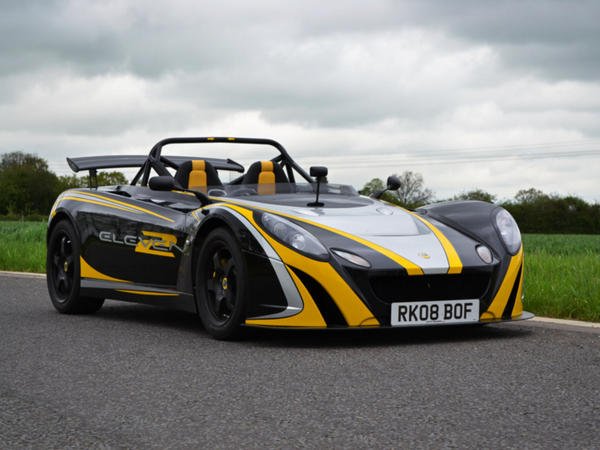 And that’s where the 3-Eleven 430 joins the party. Fortunately for Lotus, their engine partner, Toyota, the biggest car manufacturer on the planet, have quite a few different engine blocks and configurations at its disposal to give more power if Lotus asked for it. For the 3-Eleven therefore, Lotus decided to pick the Toyota 3.5ltr, Supercharged, 2GR-VE, V6, the same unit that it had already placed in its almighty Lotus Evora 430, the fastest Lotus ever made. The 3-Eleven may weigh in at a much heftier 925kg, 255 more than its predecessor, but the added power and years of Lotus development on vehicle dynamics more than makes up for it. As the name suggests, this sleek, pocket rocket has 430bhp along with 325lb-ft of torque.

The 3-Eleven is about as fast as you can get in terms of road legal track cars. At nearly 300kg lighter than the Evora which it shares its DNA with, the car will be more agile and much faster through almost any corner that comes its way. In fact, Lotus claim the only car faster than it around their test track is the full racing version of the 3-Eleven itself, and you can’t take that car to Tesco without being arrested for having no tread depth on your tyres, therefore, the 3-Eleven is the fastest road-legal Lotus, overall, in the world. But it’s not without its drawbacks... 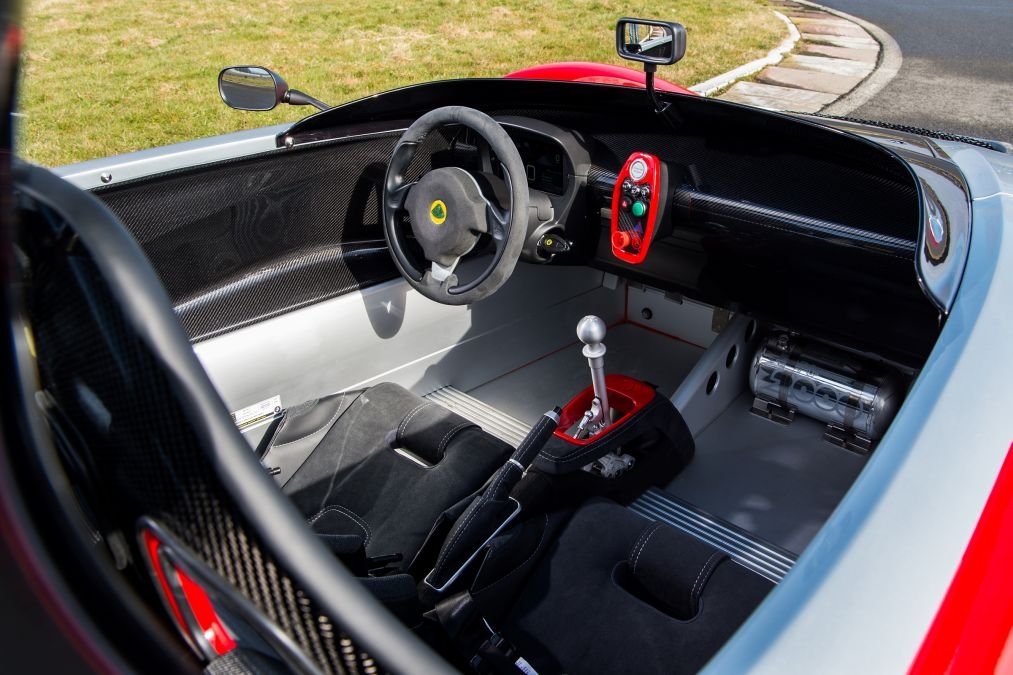 The 3-Eleven takes the word “necessity” to a new extreme as it doesn’t have any doors, roof, or windscreen, or even a boot. It’s what’s known as a ‘Speedster’, the grey area between racing prototype and a regular supercar. There’s no air con (obviously) no radio, in-fact all that’s on the dashboard is a digital display, a starter button along with hazard lights, dipped beam and fog light buttons and what is apparently a battery isolation switch!? It’s a pretty sparse place to say the least.

But what you lose on the interior you gain on the exterior. The 3-Eleven is basically one of the best-looking cars ever made as it incorporates the Lotus family face (way better than the 340R did) but then follows it up with pure race car aerodynamics. The section of the 3-Eleven where you would expect doors is instead home to deep gouges which cut in behind the wheels creating turning veins as you see in Formula 1. Above this is a beautifully sculpted body which draws the air towards the intakes either side of the occupants. The bonnet is ribbed to help with engine cooling and there is a lip in front of the cockpit which loops air up and over to the roll hoop which in itself will partially act as a stabilising wing, drawing the air down the back of the car to the spoiler and boot-lip. It’s beautiful and exciting from every angle and I absolutely love this car! 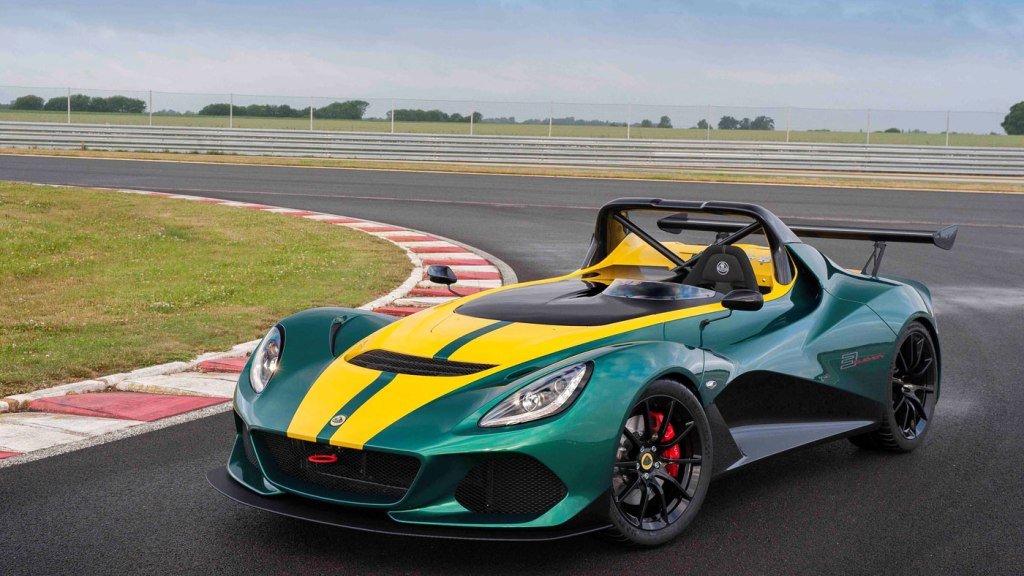 But, as always with the best Christmas presents, there’s limited stock and once it’s gone, it’s gone. Only 311 standard Lotus 3-Elevens were ever built and the 430 is in fact even rarer than the Ferrari 333 SP as its production run is limited to only 25 examples.

Worse still, as this car was launched in February, it’s probable that they’re all already sold and have already all been tucked away in a big expensive garage-come-showroom, only to be seen on very rare occasions, probably at a privately booked race track.

So, once again, your dream Christmas present plans are ruined; nothing more than a dream. Instead, you’re going to have to use that last £102,000 you had saved for yourself and probably spend it on something boring and sensible like food, tax, holidays, or life insurance, better luck next time, eh, there’s always next year! 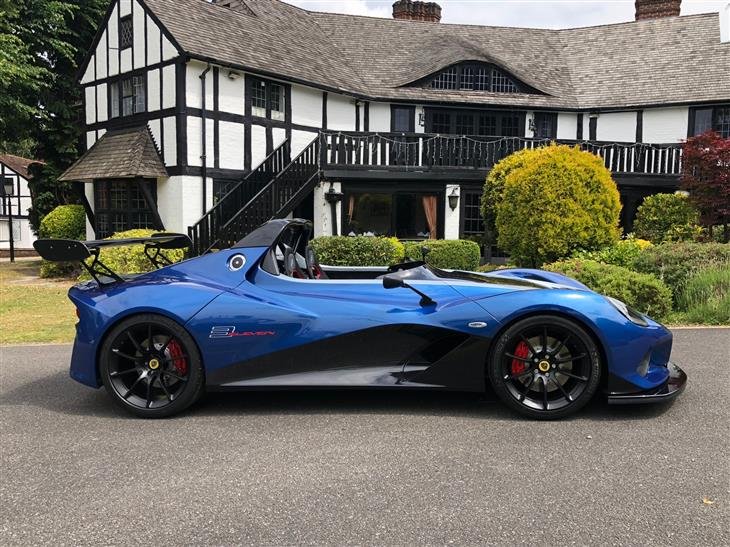