While few cars in this world can be considered to be works of art, the Noble M15 was one of those which definitely must. Today Stelvio Automotive takes a look back at what was, beyond argument, the best-looking super-car ever. A car which could have swept all its rivals aside, but never made it to production. 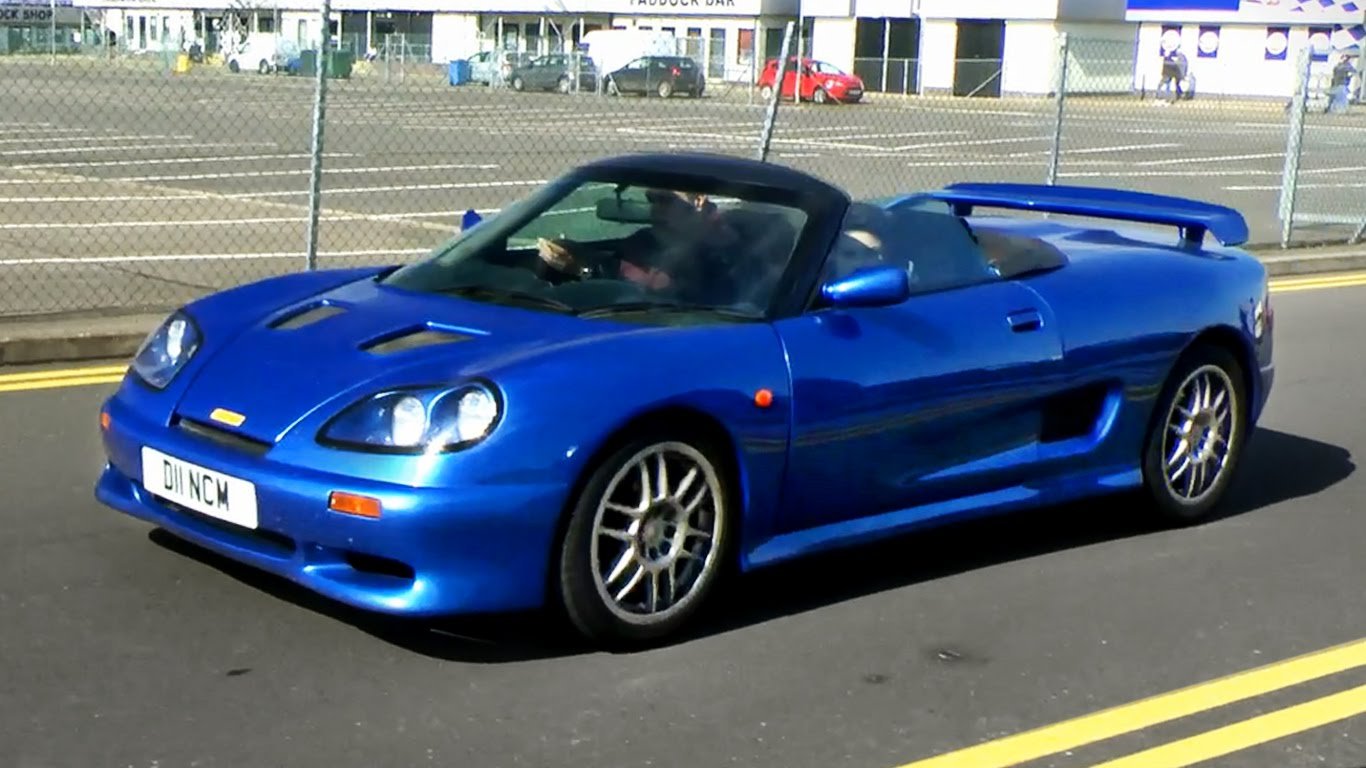 The British car company, Noble, started life at the end of the 20th Century. Their first car, the M10, was a two-door sports car that looked a little bit like a Lotus Elan. Underneath it had a 2.5ltr V6 that produced a relatively pitiful 168bhp.

That initial car was soon replaced by the M12 (below) which brought Noble into the mainstream automotive media with frequent appearances on shows like Top Gear and into the pages of the big publications like Autocar magazine. It won many awards and was credited hugely for its handling and labelled as a true drivers' car. The M12's engines produced between 300 and 425bhp across all its variants and could accelerate the car from 0 to 60 in around 3.5 seconds. 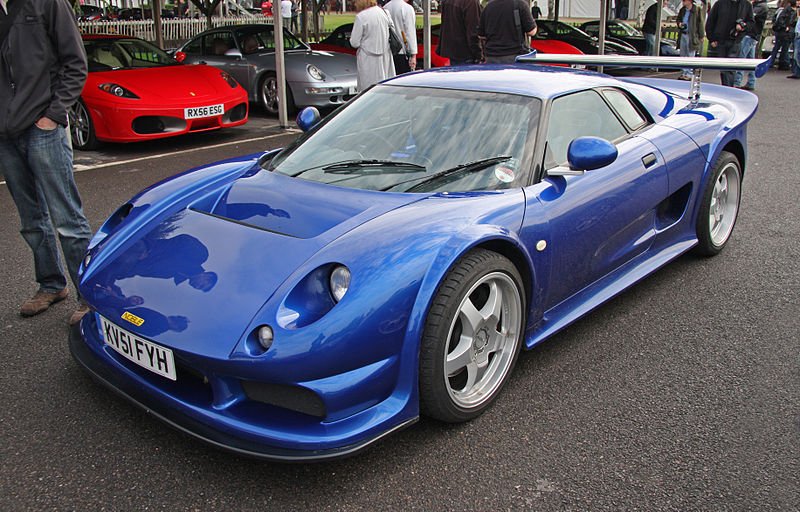 The M12's only real criticism was the fact it had a plastic body which to some made it seem cheap compared to "proper" sports cars. To anyone who bought the M12 this made no difference whatsoever as its lightweight construction improved the car's driving dynamics. Plus, despite the GRP body, the car was good looking regardless. It was one of the first super-cars I became aware of and at the time I considered it to be one of the best-looking vehicles I had ever seen. That was until its replacement appeared in 2006. This car was called the Noble M15.

The Noble M15 (below) is my 4th favourite car of all time (behind only the Ferrari F430, Toyota GT86 and Spyker C8 Aileron). When you compared the M15 to the M12, the new car was a huge step up in quality and refinement. It also took on a big change to the aesthetics of the Noble brand. 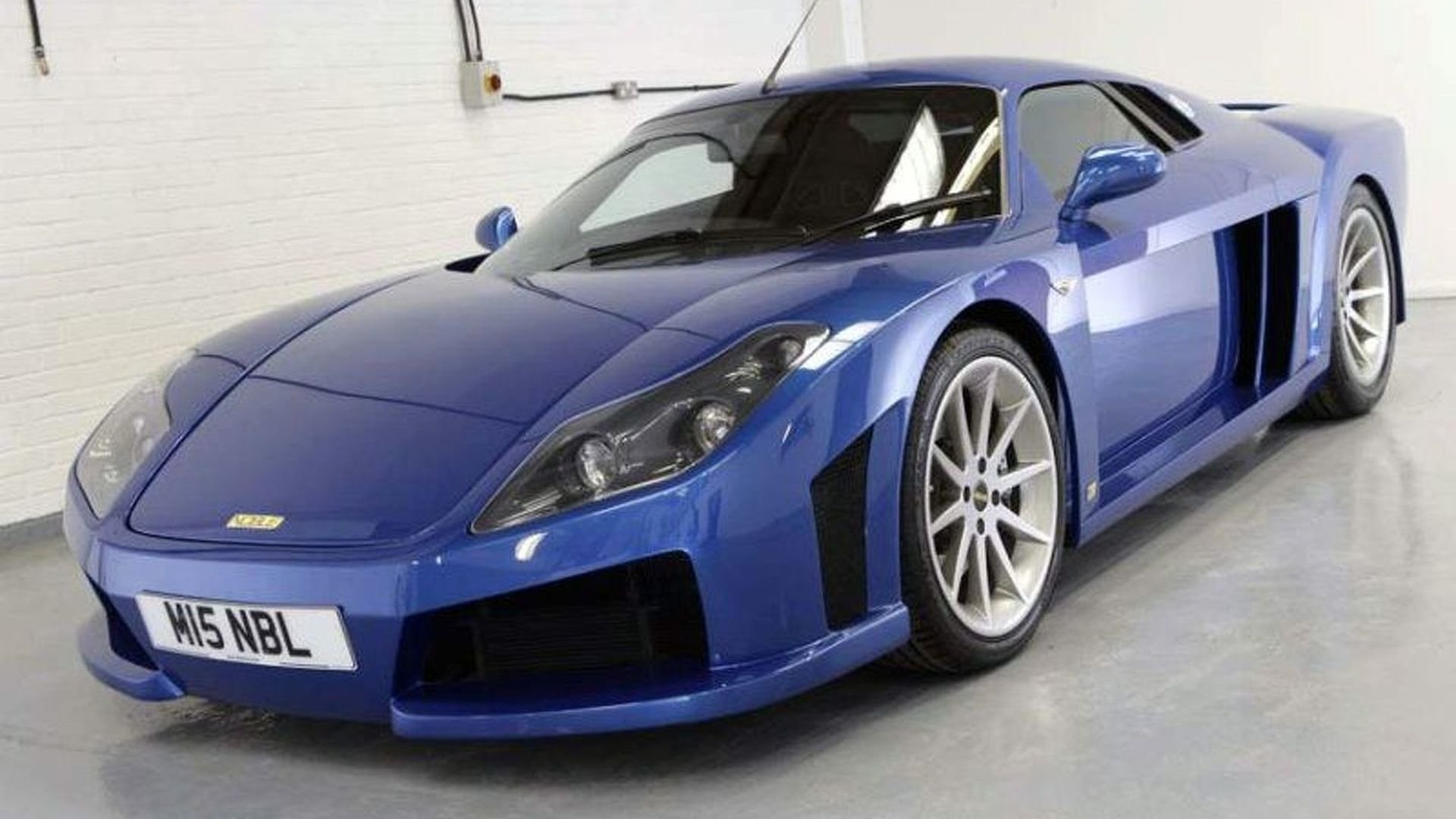 Lee Noble, the company founder and designer, used aerodynamically smooth lines and curves at the front of the car, similar to those of the Ferrari F430. But, as you came further down the silhouette, the M15 became sharper and very angular at the rear like the Saleen S7. It had huge, aggressive air intakes in the doors and front bumper, big wing mirrors and a beautifully incorporated rear wing. It was adventurous and edgy and it flowed so well.

"Beauty is in the eye of the beholder" and to my eyes the M15 was and still is the single best-looking car ever made.

Under the bodywork, the M15 was designed to be an 'everyday super-car', much akin to the Porsche 911, a car Noble pointed out as its key rival.  This didn’t mean the M15 went soft compared to the M12 in its quest to appease its target market. Instead, it turned the dial up as high as it could go to put it in the big league of super-car top trumps. 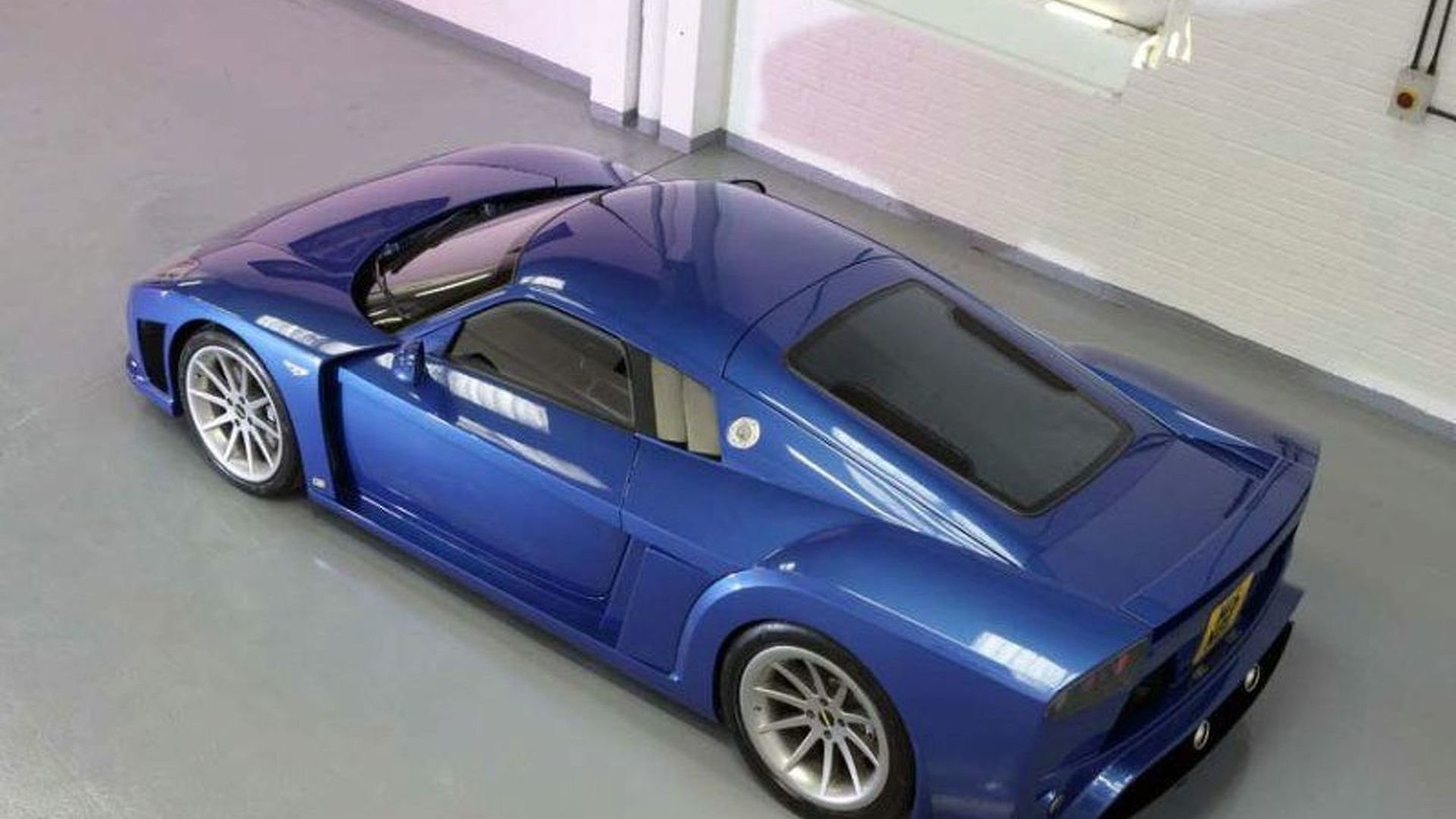 The M15 was given a 3.0 litre V6 twin-turbo engine which produced 455bhp. The top speed was 185mph, it did 0 to 60 in 3.4 seconds and lapped the Top Gear test track faster than the F430 and brand new Audi R8. Noble went to great efforts to make the car more reliable and dependable by putting in a bespoke Graziano gearbox, a manufacturer widely used by the likes of Ferrari, Aston Martin and Lamborghini.

The car 'only' cost £75,000 which meant it was going to be competitive in the market compared to its key rivals. However, the M15, despite getting slots on Top Gear and being heralded in all the mainstream automotive media, never made it to production. A fact I only found out when writing this article. 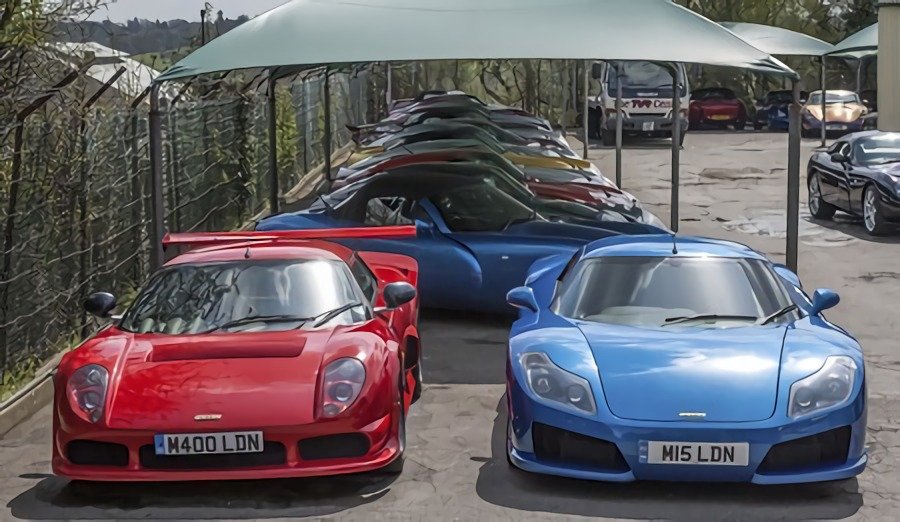 Unfortunately, Noble encountered the classic pitfall of many small companies, they tried to take on too much, too soon and buckled under the pressure. The M15 was lining up to become a huge seller, potentially toppling the establishment from their perches. But the company almost folded as they encountered the same problem Lotus would discover a few years later in that reorganising a company from a niche, small production establishment to a company producing thousands of cars a year is a logistical and economical nightmare.

Noble is a tiny company. Even up to the present day they have only ever made a few hundred cars. Noble opened their plant in Leicestershire around the time of the M15's initial production but the company found problems with its liquidity. They were eventually saved by South African investors but it was too late for the M15 and its creator Lee Noble. 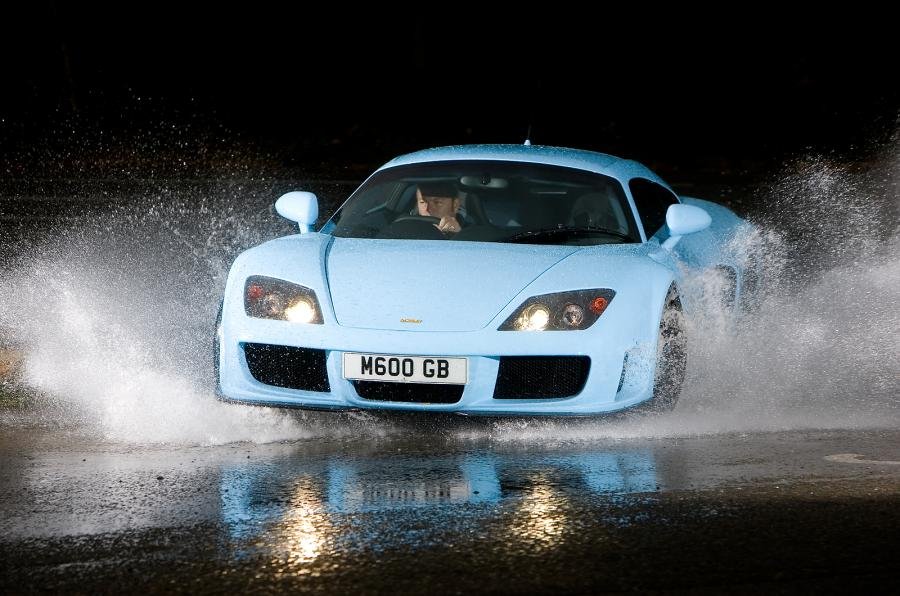 Lee Noble left his company in 2008. He tried to establish the 'Fenix' sports car company but that sadly never materialised. Ultimately he would go on to desing the polish super-car, the Arrinera Hussarya.

The M15, besides some individual models such as the one seen on TV, never made it to full production, instead forming the backbone for its hyper-car successor, the M600 (above). The M600 uses a completely different engine to the M15, a 4.4ltr twin-turbo V8 which produces 660bhp and has a top speed of 225mph. Unlike the M15, the M600 is much less affordable, costing upwards of £200,000.

This is a shame for the M15. Because the car never really made it to production it means it's largely been forgotten in the wider automotive world. That doesn't detract, however, from the potential this car had and indeed what it was able to do in essentially its concept form. Even against companies which had been producing sports cars for upwards of 50 years, the M15 was able to punch well above its weight and receive plaudits from every journalist that drove the car at the time. 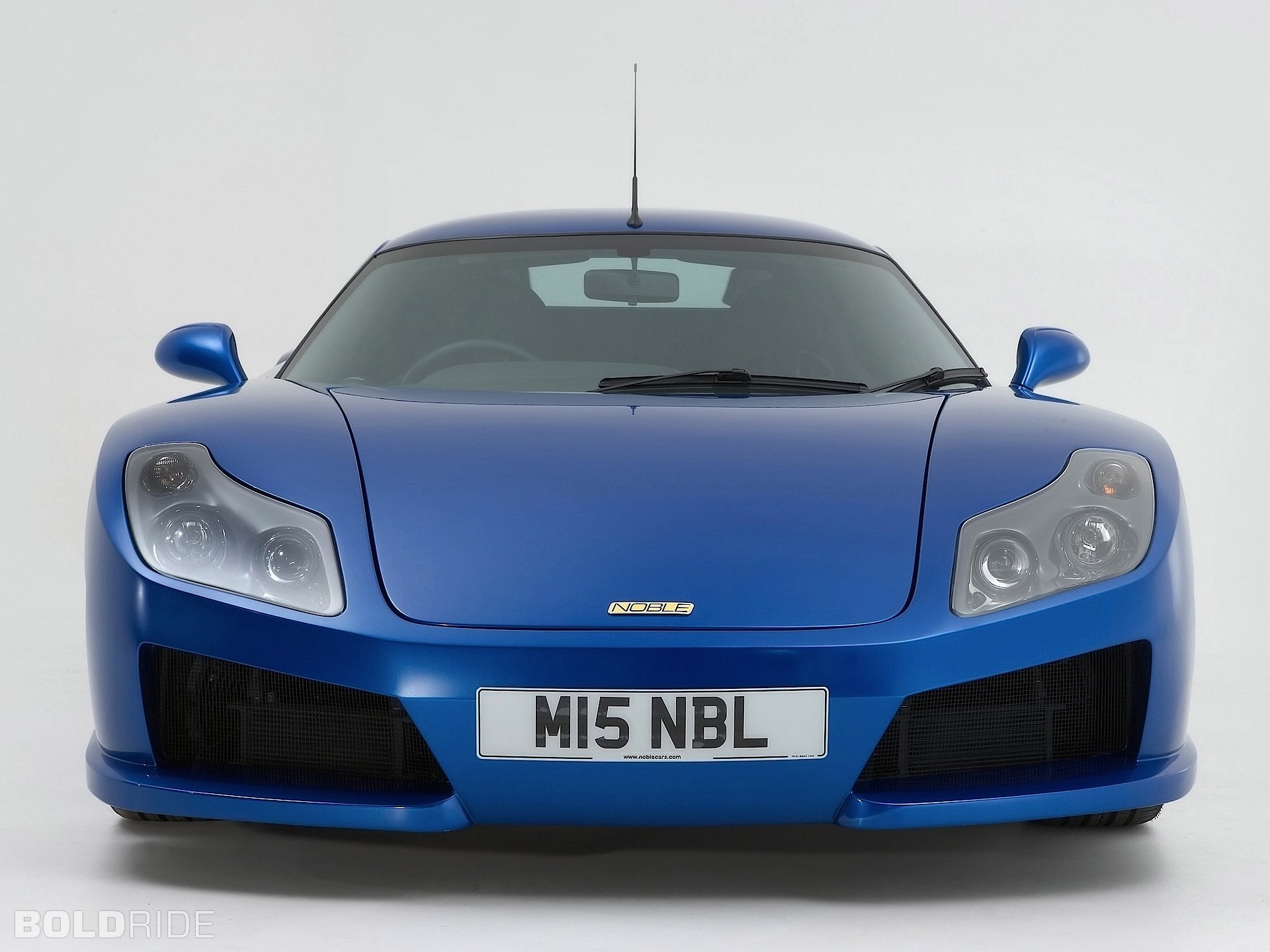 This is nothing short of a huge achievement for what was Noble's first (and probably only) ever attempt at a proper, mainstream super-car.

The M15 is, if nothing else, beautiful. In my opinion it's the sort of thing that should be on display in a museum for people to admire for the rest of time. It's a true credit to its designer and creator Lee Noble.

The car is gorgeous and is a greater work of art with more passion, grace and power (literally) and backstory than any poncey bit of furniture or canvas with some paint sprawled on it. Even if my old DT teacher disagreed and only gave me a C+ for my coursework just because 'she didn't like cars' and "cars aren't proper bits of design". Well Miss, you were wrong 11 years ago and you're still wrong today! 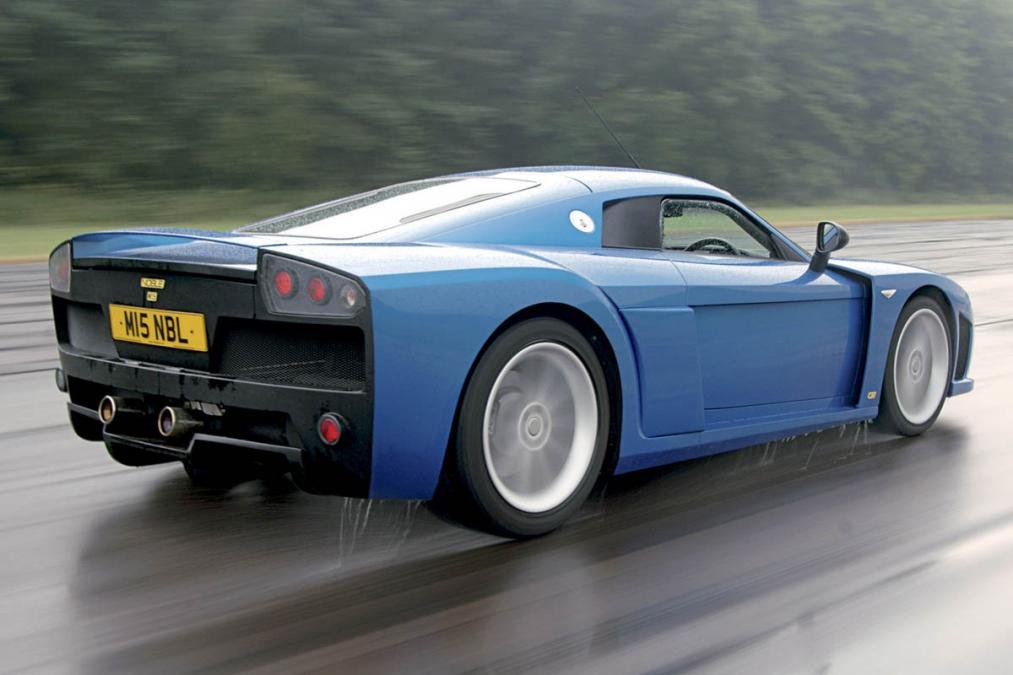