An Improvement on Perfection, A Half A Million Pound Masterpiece - The Spyker C8 Preliator

How do you make the most beautiful car in the world better? How about by adding a 600bhp Keonigsegg engine, making the body even more stunning and adding on some wings. Today Stelvio Automotive explores The Netherlands single greatest export, the Spyker C8 Preliator. 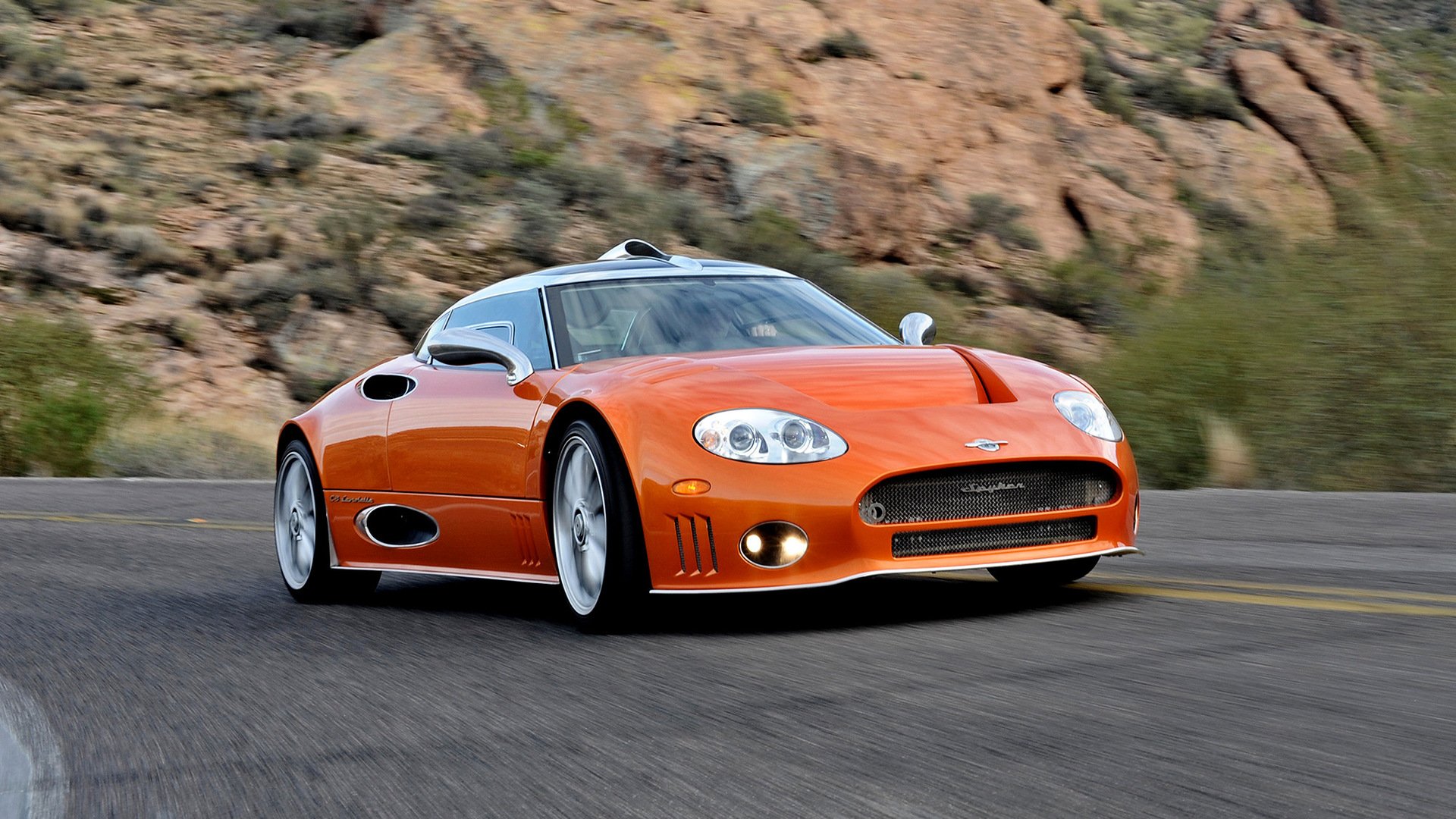 Happy Birthday to Me!

Last week, it was all about going through my choices for the best supercar birthday list in the world, but this week, I have to add an asterisk to that topic... There is one car which I forgot about and is in fact one I would have above all others. It combines the beauty of its little brother, with the power of the XJ220 and the price tag of the EP9. It’s Spyker’s fastest, most powerful, most exclusive and most expensive road car - the C8 Preliator.

For those who haven’t read my previous Spyker article or listened to episode 6 of the Stelvio Chronicles from last week, the Spyker C8 began life in 2000. It was the first production car the resurrected Dutch company had produced after their concept car, the Silvestris V8, had debuted in 1999. The C8 Laviolette (above), the original C8, was a supercar with a difference. It put a bigger emphasis on style instead of performance like its rivals, it was a car built to be the ultimate “show off” statement; the luxury yacht of the supercar world. 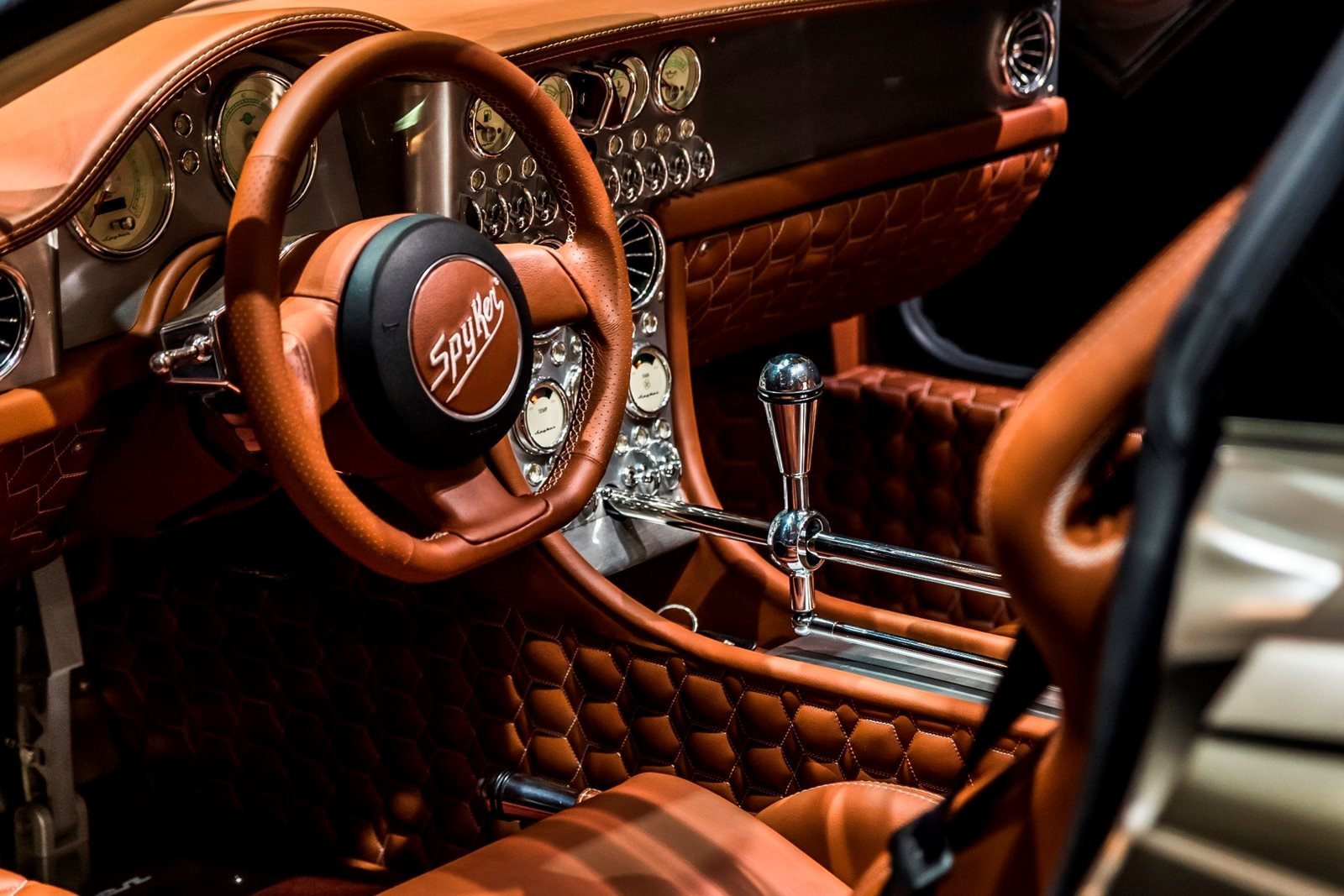 The C8, in all its forms (aside from the Le Mans Series GT2 race car), had an interior of pure chrome and the best quality leather money could buy. Compared to all other cars on sale in the early 2000s which vastly speaking had plastic interiors, perhaps with small proportions of leather of wood, the Spyker stood out from the crowd with this visually stunning, ultra high quality product that put Ferraris, Lamborghinis and Porsches (and not just the cheaper ones) to shame. The Laviolette was a good looking car to begin with on the outside too but this was taken to new heights when Spyker released the face-lifted and upgraded version of the C8, the Aileron, in 2009. They changed the front of the car to give it a sharper look, a trend which other manufacturers were to follow in years to come. I saw the C8 Aileron for the first time in 2009 at Silverstone and it has been my favourite car, aesthetically, ever since.

Spyker had been successful in their niche but they ran into trouble when they tried to take over Saab and were nearly bankrupted (in large part thanks to General Motors) in 2010. But, fortunately, they were able to claw themselves back from the brink. Despite losing their F1 team and the Spyker Squadron GT2 race squad since their financial peak, they re-emerged with the B6 Venator concept in 2013 as a proposed rival to the Porsche 911. The B6 project never materialised into a production vehicle but the company went one better when they finally released their first new car since the Aileron. At the 2016 Geneva Motor Show, Spyker revealed the C8 Preliator to the world. 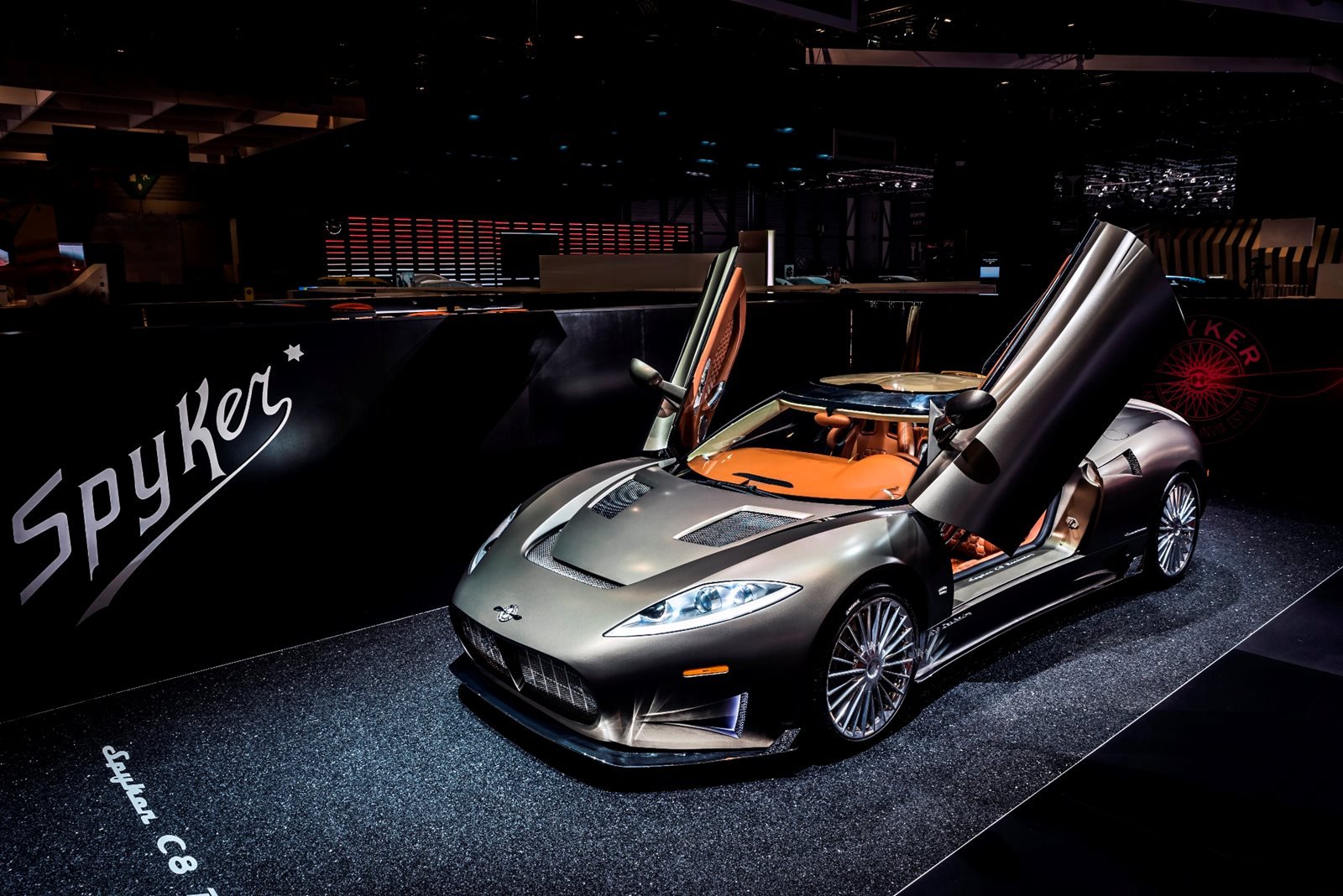 In short, the Preliator is the ultimate Spyker. If that isn’t clear just from looking at it then there is something wrong with you. But if you need convincing, read on.

Let’s start with the mechanical bits. The C8 Laviolette and Aileron both used a 400bhp, Audi derived, 4.2ltr V8 engine, which put them on par with Porsche 911s and Ferrari 360s. They were capable of 0-60 in 4.3 seconds and had a top speed of 186mph, but it wasn’t enough for the Preliator. For this car, Spyker went to Swedish company, Keonigsegg, maker of Bugatti rivalling hypercars and gained supply of their 5.0ltr V8 which produces 600bhp. As a result of this change, the Preliator is capable of well over 200mph and can do 0-60 in 3.6 seconds, it channels the power through Spyker’s trademark exposed linkage 6 speed gearbox and has top of the range parts through the entire vehicle; all the way back to the “Spyker” embossed chrome-tipped exhausts.

The Preliator’s interior shares the DNA of the previous C8s and that cars bigger brother, the C12, with swathes of leather and chrome with a dashboard filled with aviation inspired switchgear (a hark-back to Spyker’s early 20th century war planes). The car is the epitome of a luxury, a place where the owner will feel truly special every time they sit in the car, but the exterior is where the Preliator moves the style game on and takes the title of "most beautiful car in the world" away from the Aileron. 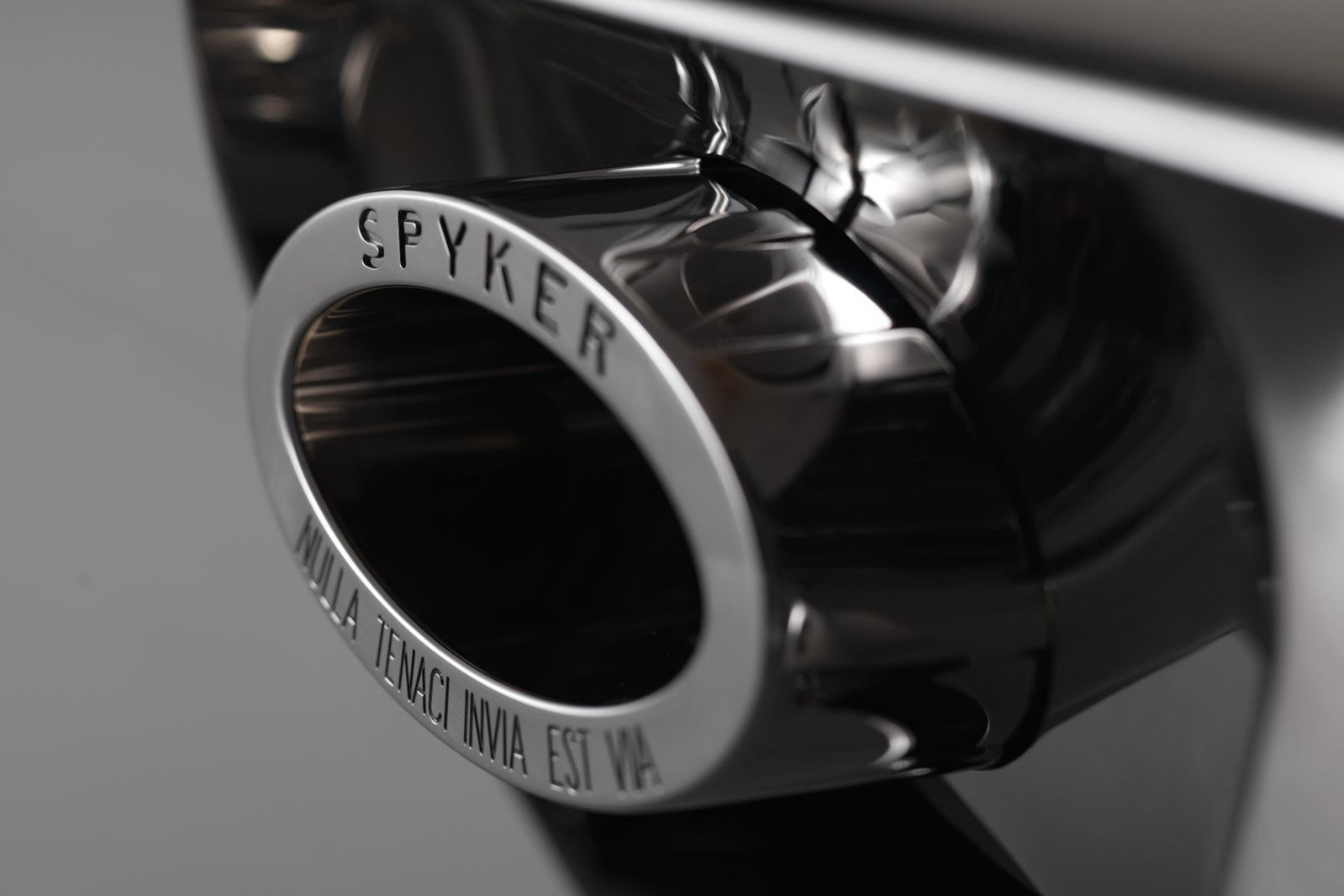 From the front the Preliator looks similar to its predecessor, it has a similar grill and face, perhaps with style pointers from the B6 added to the mix, and it broadly shares the old C8’s silhouette. But it’s the back of the car where the Preliator is simply stunning. It’s been completely re-styled with a squarer shape, aerodynamic creases and air vents above the rear wheels used for cooling and downforce. This new look gives the car a more premium and aggressive pose, once again the C8 has risen above its rivals to stand out from the crowd.

BUT! The coolest part of the entire car is actually the smallest part. It has 4 tiny shark fin wings along the side in front of each wheel. These probably have no benefits at all aerodynamically but they look awesome! This is another nod to Spyker’s aeronautical past but on a personal note, it reminds me of the 2008 F1 cars. Any car, bike, spaceship or whatever else looks better with wings. Overall, the Preliator is a design step above the Aileron, and as the Aileron is the best looking road car of all time, there therefore leaves only one conclusion. The Preliator has taken it's place at #1. 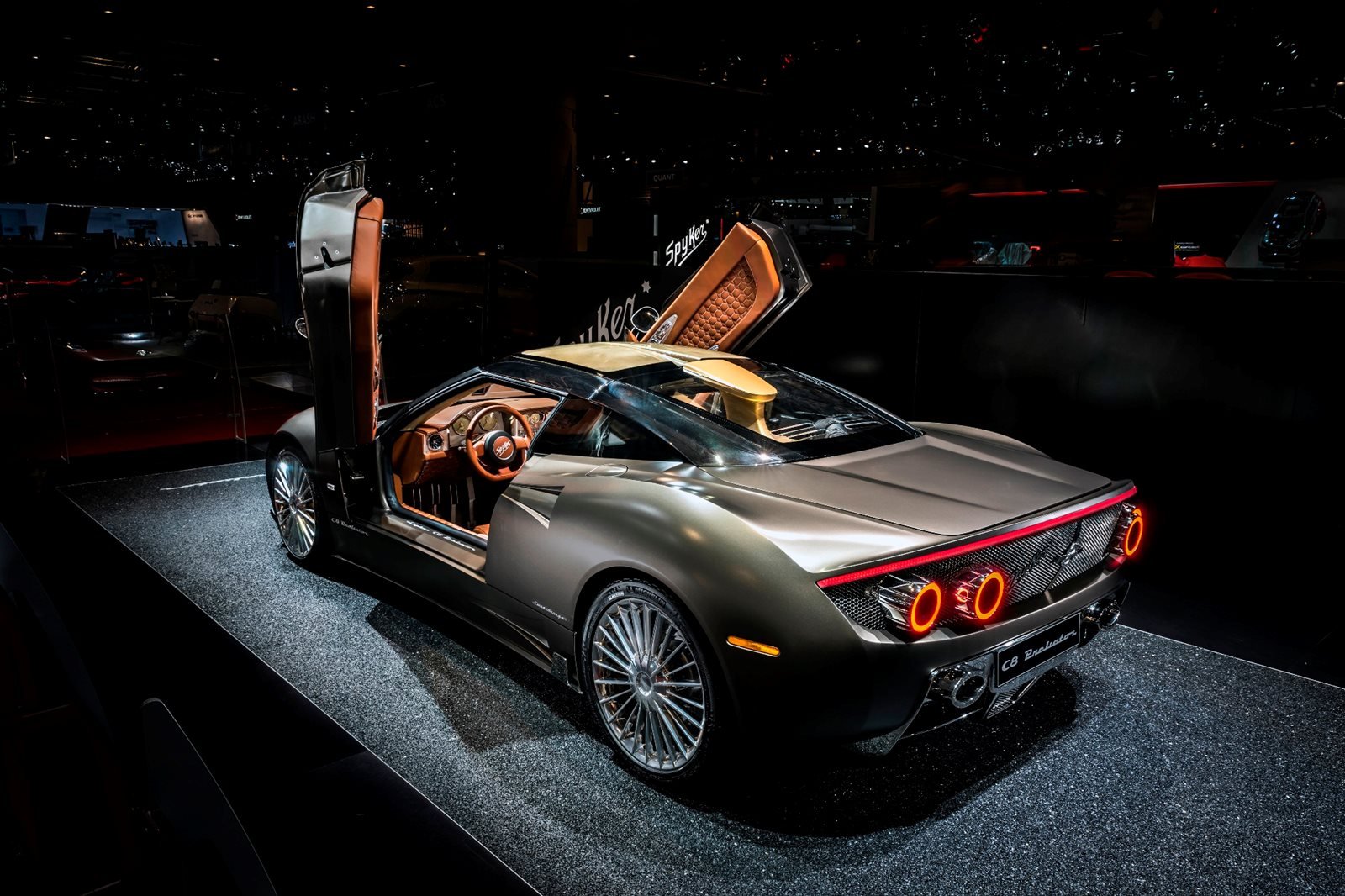 Except there is one catch... the Preliator doesn’t come in abundance or indeed come cheap. The production line is limited to just 50 units and each car cost $430,000 BEFORE any taxes, optional extras or any bidding war which took place between the ultra-rich clients who jostled for the limited stock. As a result, with the way similarly limited run supercars have appreciated in value over the last couple of years, you’d be lucky to find an example of the Preliator for less than half a million pounds... If you find one at all.

Spyker may never again have an F1 team and the Preliator may not become as popular as examples from the generic supercar brands. But that, and the fact that anyone who owns one has a car which is faster, more exclusive and just frankly better, is what makes it special. I mean, come on, it has 4 shark fins!

The Preliator is the ultimate example of the supercar dream, an almost unattainable goal. Guess I better wish really hard when blowing out the candles today then. 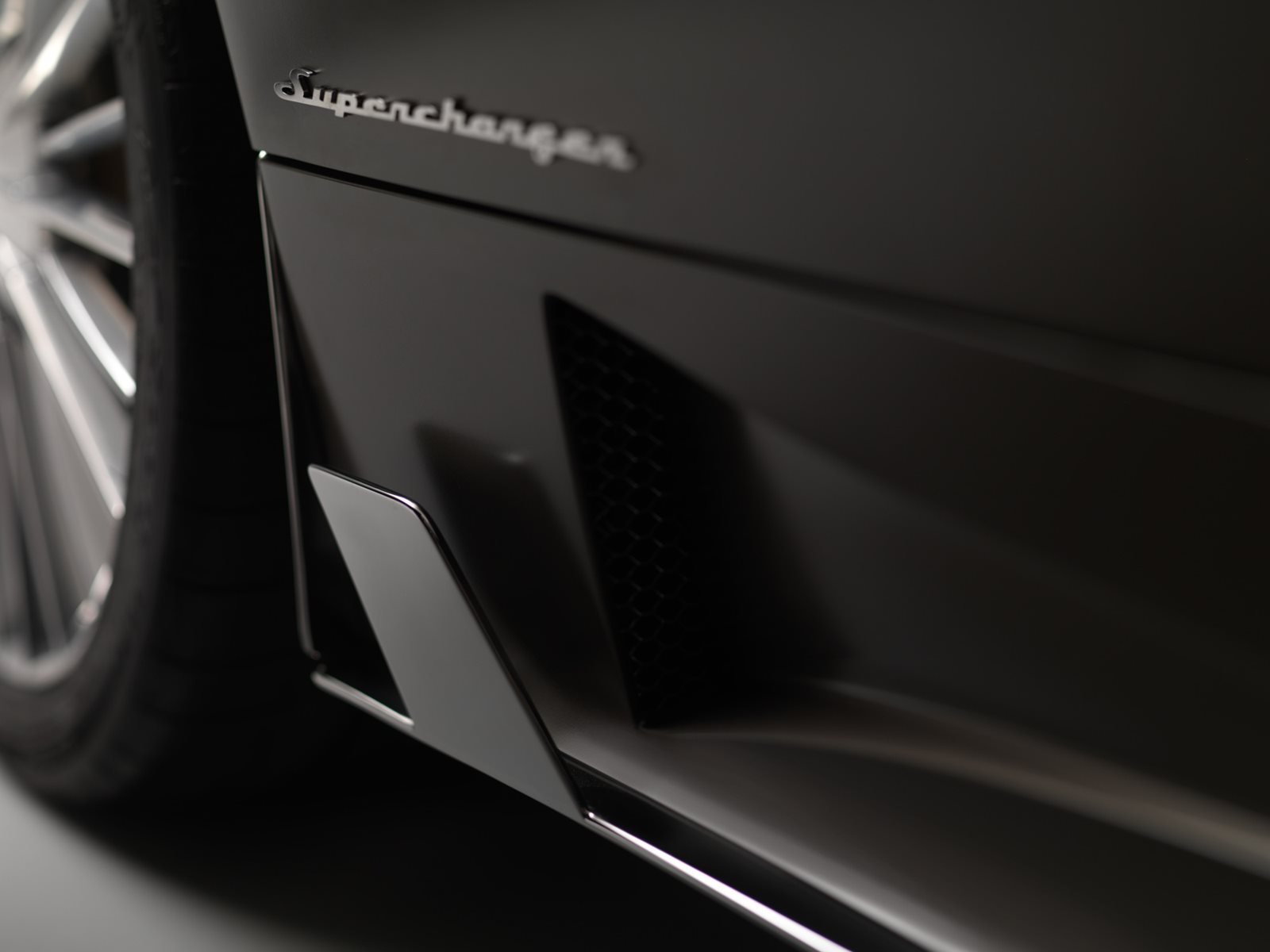