“Are We There Yet?” Said the Driver to the Car - Our Autonomous Automotive Future

Science fiction becoming reality has split people into two camps, those who are excited to embrace the technical revolution and reap its convenience and those who fear the potential destruction of man-kind from artificial intelligence. Today, Stelvio Automotive looks to the future of motoring and the trials holding it back.

This article may have originated in my head because I've been watching BattleBots, Westworld and Detroit: Become Human over the past couple of weeks, but it’s a subject I've been thinking of in one way or another since I saw Minority Report well over a decade ago. What will the future of automotive mobility look like in the future and how will self-driving cars shape the journeys of drivers?

In my lifetime, already, I've seen the rise of the normalisation of the electric car (or at least hybrids at the moment) and the first stages of car A.I. which is looking like soon being able to pilot an entire vehicle, without a human behind the wheel or even being in the car at all.

Currently, I believe, Tesla are the furthest along the line with this particular technology with "autonomous modes" in all their current cars. This can monitor the road ahead and guide the vehicle using road markings and surrounding objects to take the driver to their destination with minimal input. Other companies have been following suit with similar modes slowly but surely making their way into the more premium models such as executive saloon cars and SUVs. 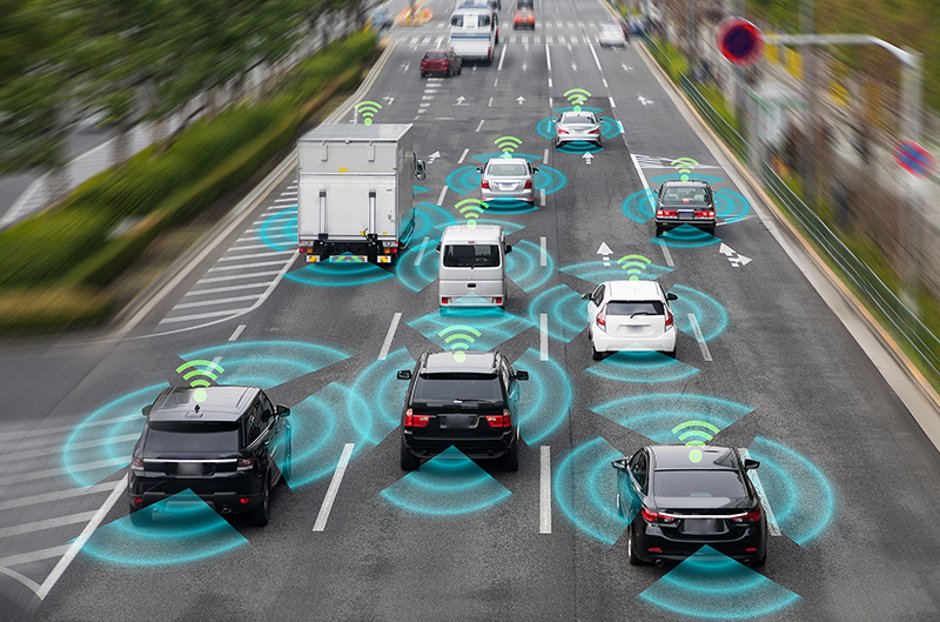 Driverless technology is still in its relative infancy and is nowhere near perfect. It's mainly only useable for motorway type driving where there are fewer variables and there are laws where the human driver still has to maintain control just in case there is any danger that goes unspotted by the computer in the car. In the past year or two there have been a few accidents where the human has not followed this directive and this has caused the technology to come under very close scrutiny and made people wary of its ability.

In one of the lost recordings for The Stelvio Chronicles, I was joined by my university colleague, James Montgomery, and we discussed in depth the subject of ADAS (Advanced Driver-Assistance Systems). I hope to re-shoot that episode in the near future, but, in relation to this article, the subject of ADAS is very intriguing for showing how far driver assistance has come in the last 30 years and how autonomous driving is just the most recent advancement.

ADAS ranges from some of the "basic", everyday things such as Sat-Nav and Anti-Lock Brakes to the modern, high tech, high risk, high reward systems including automatic lighting, lane change assistance, night vision radar, autonomous parking and now driving. This growth in the ability of car technology is where this article's questions really arise. What is next, what will the future actually hold for the car, van, bike and truck in the next 30 years, and how 'science fictiony' will we actually go? 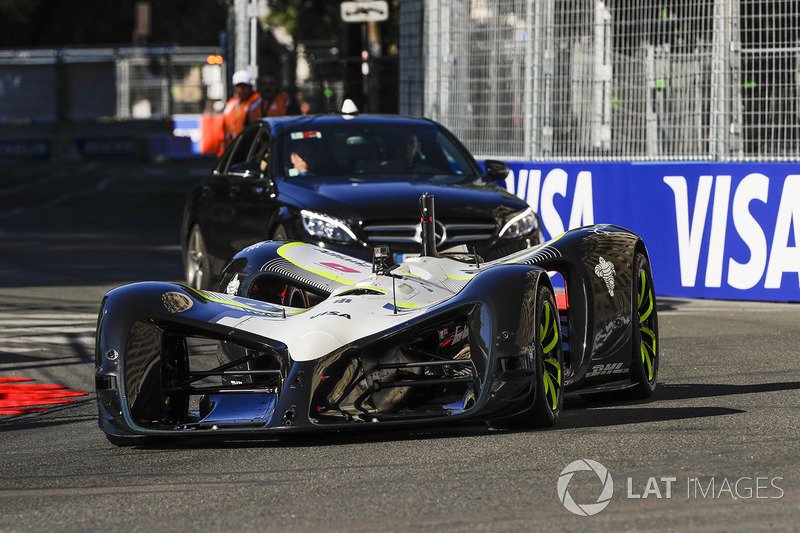 In my honest opinion there are two absolutes in this answer. One, the future will be electric and two, its scale will be entirely dependent on the governments of the biggest and most influential nations of the next 20 years.

With the first point, unfortunately, we are eventually going to be turned away from fossil fuels. At the time of writing, the UK, French and Indian Governments are among the first to have set hard deadlines for the banning of sales of petrol and diesel cars, all in about 20 years or so. This move will create a broadening and increase in pace of development in electric car technology, be it batteries, hydrogen, solar or anything else.

As these technologies evolve they will need more and more sophisticated computers to control and improve the systems they power. These more powerful computers will allow more capable and potentially safer ADAS systems to be envisioned and integrated with cars that will be able to see further, calculate more and react faster to their environments, doing even more of the roles normally addressed by a human. 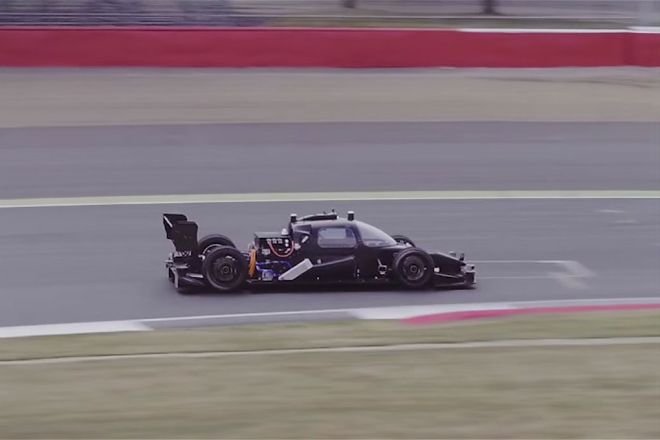 As this happens though, Governments will more than likely want to throttle the technology back. Currently, there is a major debate as to who is responsible if any accident occurs with an autonomous car. At least with the UK Government, there is a firm ideology that a human must remain in control of a car so, if a computer makes a mistake, there is a fail-safe to avoid a disaster from occurring.

That ideology, although reasonable, means autonomous cars can't be used for jobs which they seem perfect to do: jobs like taking home drunk drivers or allowing people to work on the go as they travel to an office or meeting anywhere around the country. And that brings up a problem. What then is the point of an autonomous vehicle?

The UK may change its mind once Tesla and other companies have proven the safety and maturity of the technology. DAF, one of the biggest lorry manufacturers, are currently planning to run multiple autonomous lorries in convoys on UK roads by the end of the year in order to prove (and further develop) the technology in real world scenarios. If the car companies can do something similar then we could begin to see the legal restrictions lifted slightly. 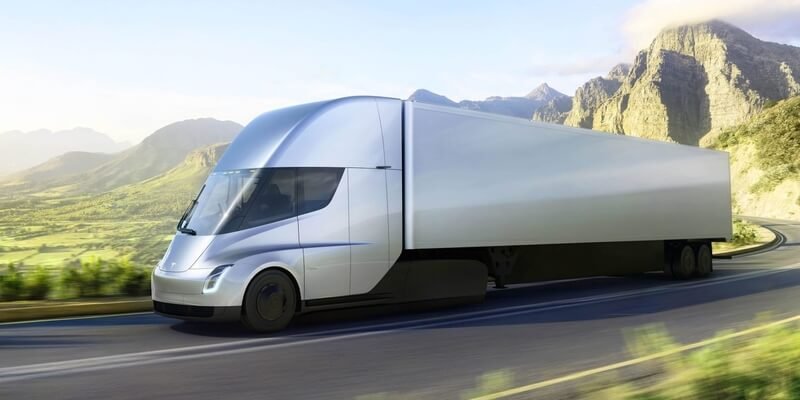 But it might not; and even if it does become a wholly legal practise, the moment any accident occurs you can be sure that tonnes of trees will be wasted in whitepapers and lawsuits aimed to clamp down on it again, toing and froing in legal battles which go on for years.

I personally don’t distrust the technology of the autonomous car, but I do distrust the people who would use and abuse it. Lazy people. People who would buy their autonomous car on the basis of it making their drive to work easier, will agree to keep control of the vehicle, but in reality will spend all their time on their phones, or eating, or doing anything else which results in them not paying attention to the road. They will then cause an accident, take their story of a machine causing a crash and sell it to a gossip magazine or a newspaper company as a "shocking story".

This future genuinely worries me. The only way I can see us getting around these people is to embrace the system entirely. This would be a solution that would cost a fortune in road infrastructure (another thing UK Governments are terrible at) where we go full Minority Report and have electrified, slot-car like superhighways where a big computer takes control and completely removes the driver from the equation.

This solution would mean a physical separation for autonomous and manual driving and would cost billions, maybe trillions of pounds. But it would potentially end road accidents. This solution would only ever be able to be paid for by a government willing to wholeheartedly commit to a long-term vision, willing to commit money to something even if the public moaned about its cost. This, sadly is the true fiction to this idea. Most politicians are entirely anti-motorist, keen to scapegoat the car as evil for anything and everything and as such I can't see a solution like this happening in my lifetime.

Maybe I'll be wrong. If so, the future of cars will be very exciting if it is allowed to develop freely. It will result in vastly superior computers, cheaper energy (until electricity is taxed to the hilt to make up for a loss in fuel duty), a quieter, cleaner, safer, less stressful world. It will be a haven. But even that would only last until the A.I. turns into HAL 9000, joins forces with Terminator androids and turns off the internet, wreaking havoc on the world!

At least if that last bit happened it would force drivers to look up from their phones.