The newest F1 game has cemented but not built upon the previous iterations it replaces, and not for the first time in the series history. Today Stelvio Automotive looks at the recent past of F1 game publisher, Codemasters, and puts forward a plan to take the series to the pinnacle of motorsport video gaming. 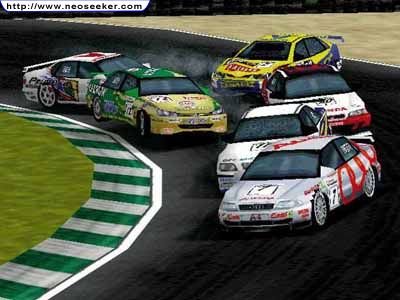 I like Codemasters. They're a long standing company who have made their name specifically making racing games. They created the TOCA series in the 1990s and 2000s which included ‘TOCA Touring Car Championship’ and ‘TOCA Race Driver 3’. Both of these titles were engaging experiences with some of the best graphics and driving dynamics for their time and were well received by critics and fans. But, it was Codemaster's home run that they hit the moment they released their first game on the 7th Generation of home consoles, Race Driver: Grid that would bring them to the forefront of racing games and change their fortunes for years to come.

In 2008, Codemasters released the best-looking racing game ever seen. It had dynamic weather and sun glare, some of the richest engine sounds, some great driving physics and an overall really good user experience which allowed the player plenty of customisation options which produced a game which stood out from the mediocrity around it. It won multiple award and Codemasters was to be rewarded for it by the bigwigs who controlled the big purses of Formula 1.

Formula 1’s last game was ‘F1 Championship Edition’, built off the back of ‘Formula 1 2006’ it was a good game, but was to be the last in Sony’s Studio Liverpool F1 series. F1 missed out the 2007 and 2008 seasons (which I have never forgiven them for as I have always wanted to drive the Ferrari F2008) and after more than a year of searching and discussions, they chose Codemasters as their newest publisher. Codemaster's first offering was ‘F1 2009’ on the Nintendo Wii and Sony PSP, but that was only to be a modestly average appetiser to the big release of ‘F1 2010’ on the PlayStation 3, Xbox 360 and PC.

The game was loved by all who played it with the lowest review score being an 8 out of 10 from critics. It was so good that it won a BAFTA in the ‘Best Sports Game’ category, besting the like of two of the biggest sports titles in the world including ‘Fifa 11’ and ‘Gran Turismo 5’. The game had a fantastic user experience as you saw everything from your own eyes, as an F1 driver. The game also had rich sound to the cars (debatably better than most future releases), beautiful graphics even to this day, good driving dynamics with clear differences between the cars and excellent recreation of the tracks and scenery giving the best F1 experience ever seen in a video game. 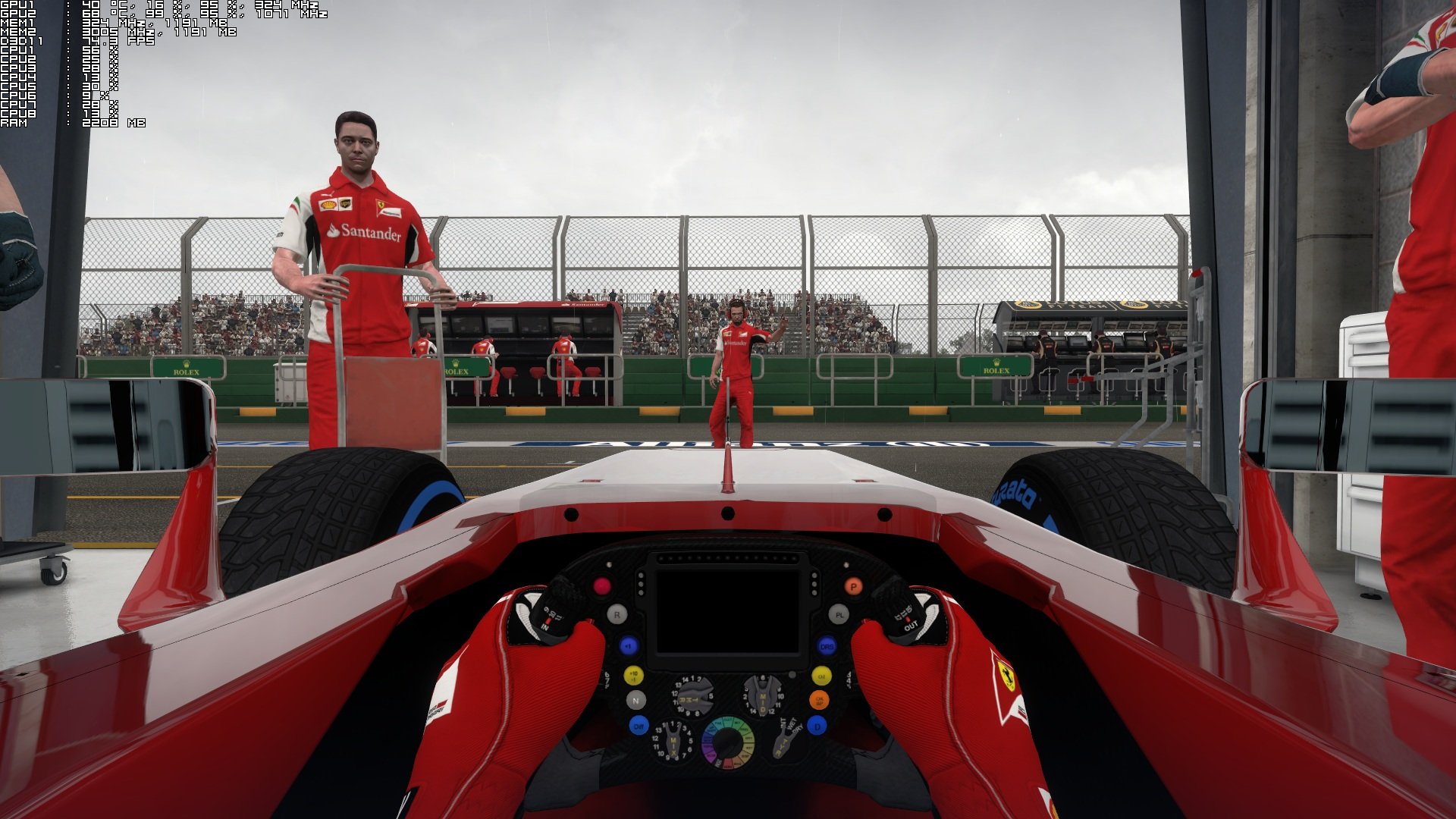 The problem was... Codemasters did very little to push the series further. I have ‘F1 2010’, 2012 and 2014, the first, middle and final 7th Gen releases and although there is no doubting that 2012 is way better a game than 2010 in car feeling, and the same is true again in F1 2014, the rest of the game is largely exactly the same as that launch title. All the games have basically identical intro sequence when you start a session, basically the same menus and the same little cut shots of the driver, even the engineer on the radio repeats exactly the same lines as he did in 2010. None of this really detracts from the racing which 99% of the game is about, but it does leave a slightly bitter taste that you’re paying full price for exactly the same product as last year.

Some aspects of the career mode were better in ‘F1 2004’ on the PS2 than ‘F1 2014’ as at least on the old game there was some sort of character customisation on top choosing a helmet design, this wasn’t to be “introduced” until ‘F1 2016’. But before that happened Codemasters made a big error when they released ‘F1 2015’ on the 8th Generation consoles of the PlayStation 4 and Xbox One as they took out the career mode altogether. This brought huge backlash from the fan base who were already a touch annoyed by the lazy development of the previous games which had almost nothing new in 5 years, to then have even less a year later was seen as a cash grab and Codemasters had to react with their next release. 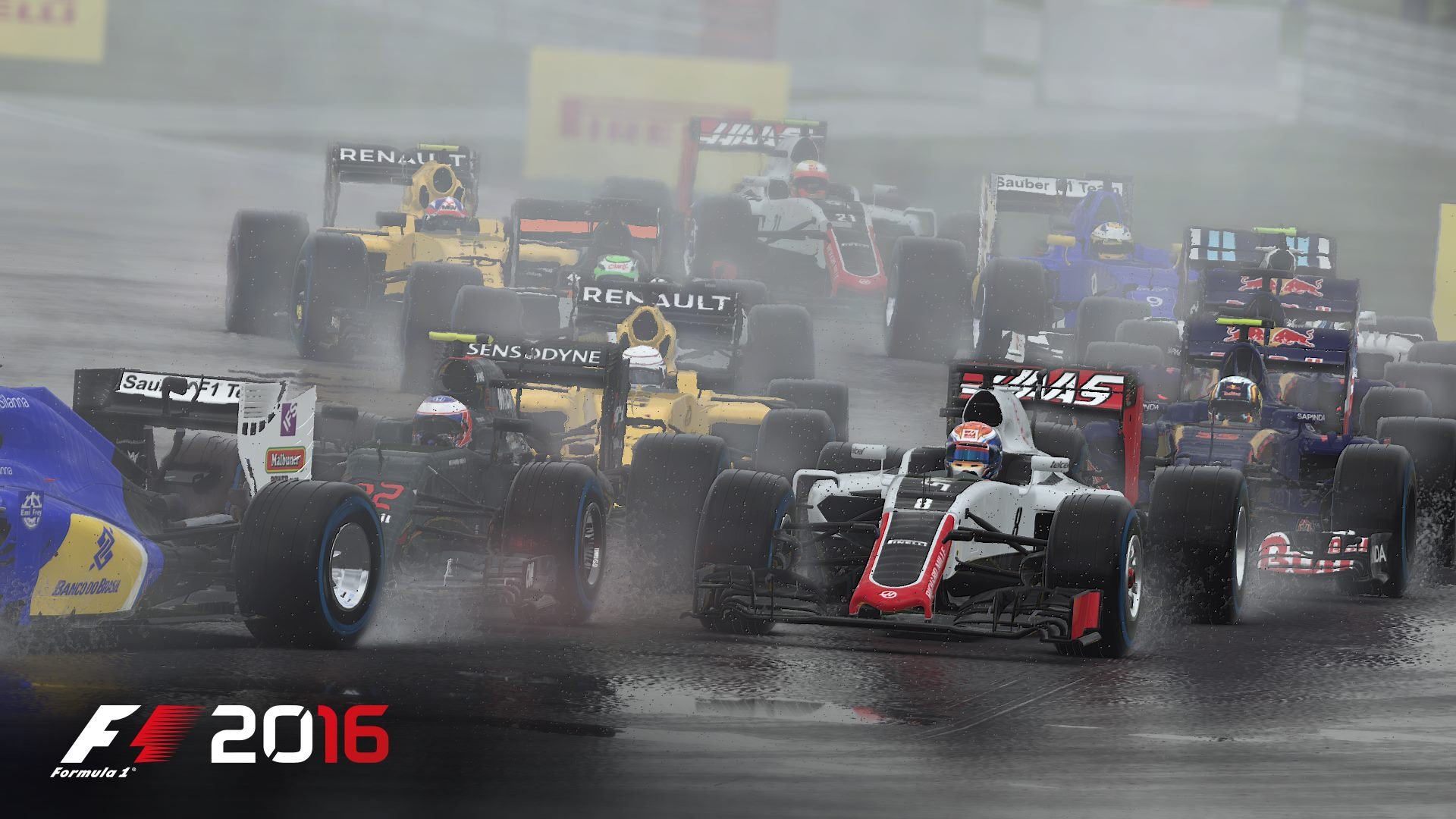 Luckily, things improved since, ‘F1 2016’, ‘F1 2017’ and ’F1 2018’ have all been good games with Codemasters firstly bringing back Career Mode, then heavily revamping the ‘off track’ side of the game with face to face cut scenes with your manager and team. They also added more in-depth development menus which gave more ability to the player to control and influence their car and team’s progress. But still, many gamers still accused the series of largely copying and pasting from the previous year’s game, giving it a new lick of paint and charging full price again for the same product with little else to show for it.

It’s this area where I think Codemasters have a golden opportunity with their next F1 game. The game that will be the 10th anniversary title for the company and a game released in the year of F1’s 1,000th race. 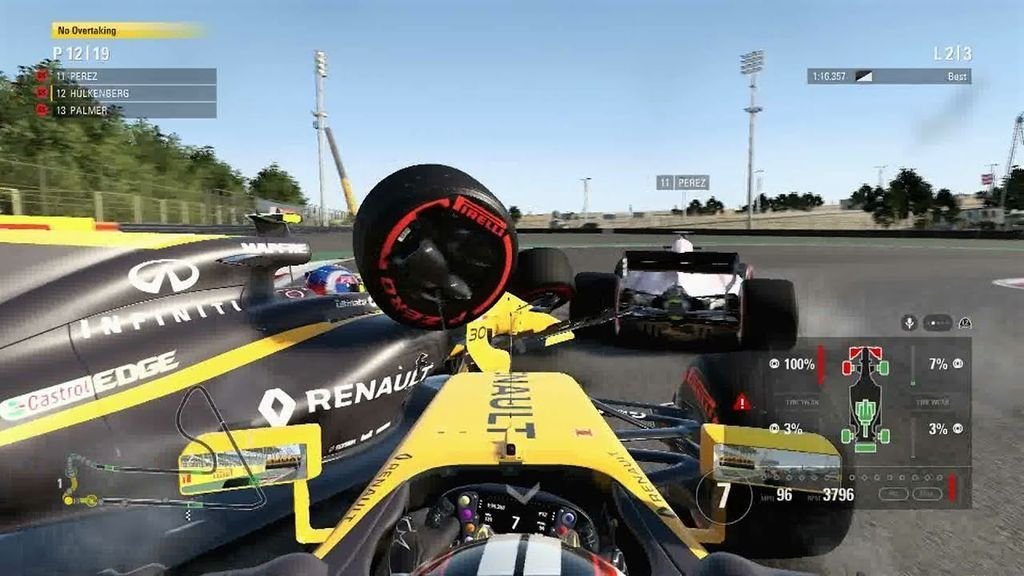 Particularly on consoles, video games have experienced a shift in the last couple of years. There have been examples of games which instead of producing new titles yearly have instead made one game and built on top of it, getting rid of bugs, adding content to flesh out a product over time and increasing their user base as a single, loyal community, it’s called “Games as a Service”. Examples of the model range from ‘World of Warcraft’, to ‘Minecraft’ and from ‘Rainbow Six Siege’ to the biggest game of today, ‘Fortnite’.

Now, F1 is a big brand. It’s under new ownership looking to get more money and more people into the franchise, it has 68 years of history behind it and hundreds of cars and tracks it has seen and visited since 1950. If this isn’t the perfect base for a huge “Games as a Service” title, I don’t know what is. 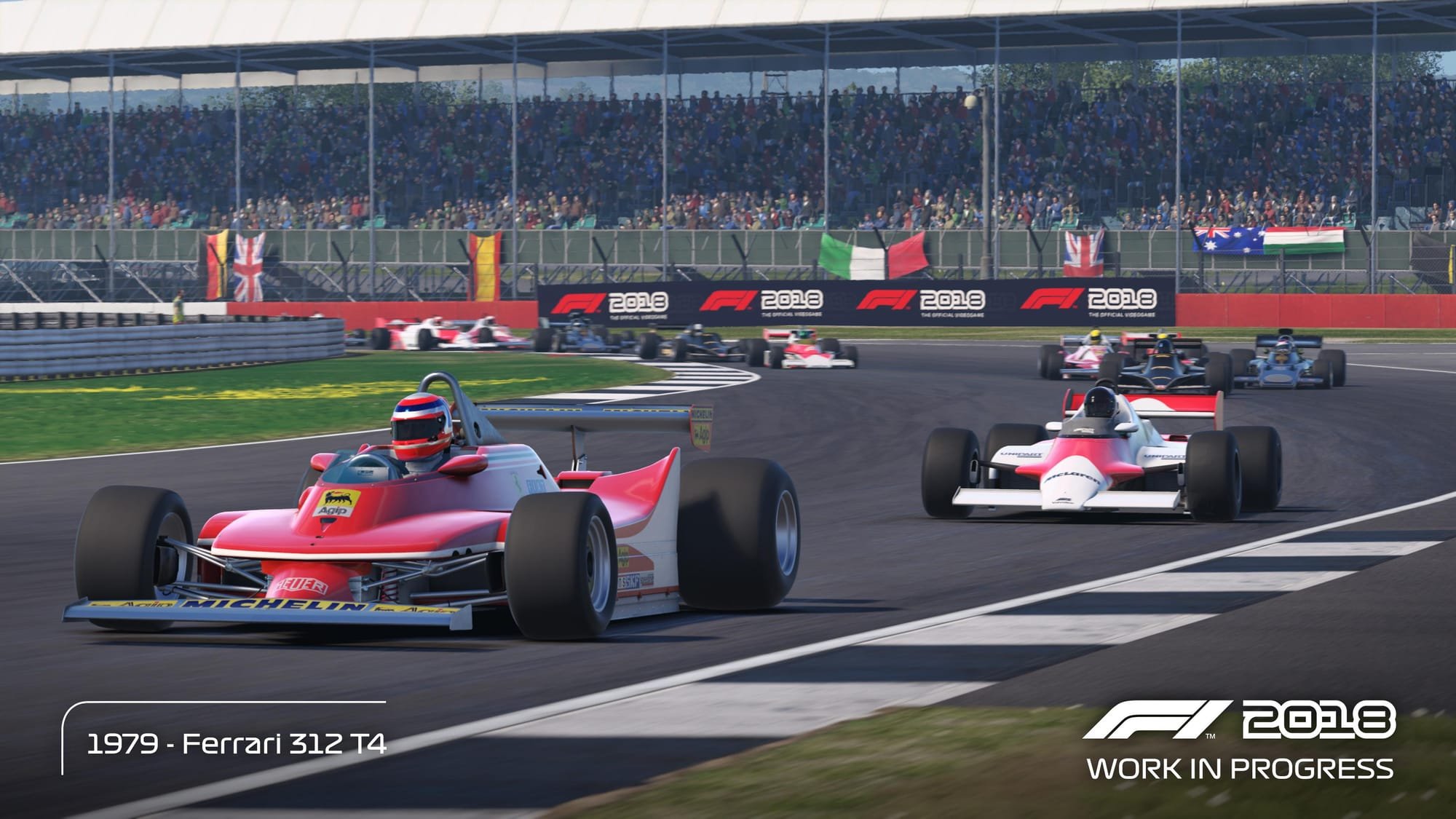 The business model would be easy, fair and lucrative and it would go something like this: 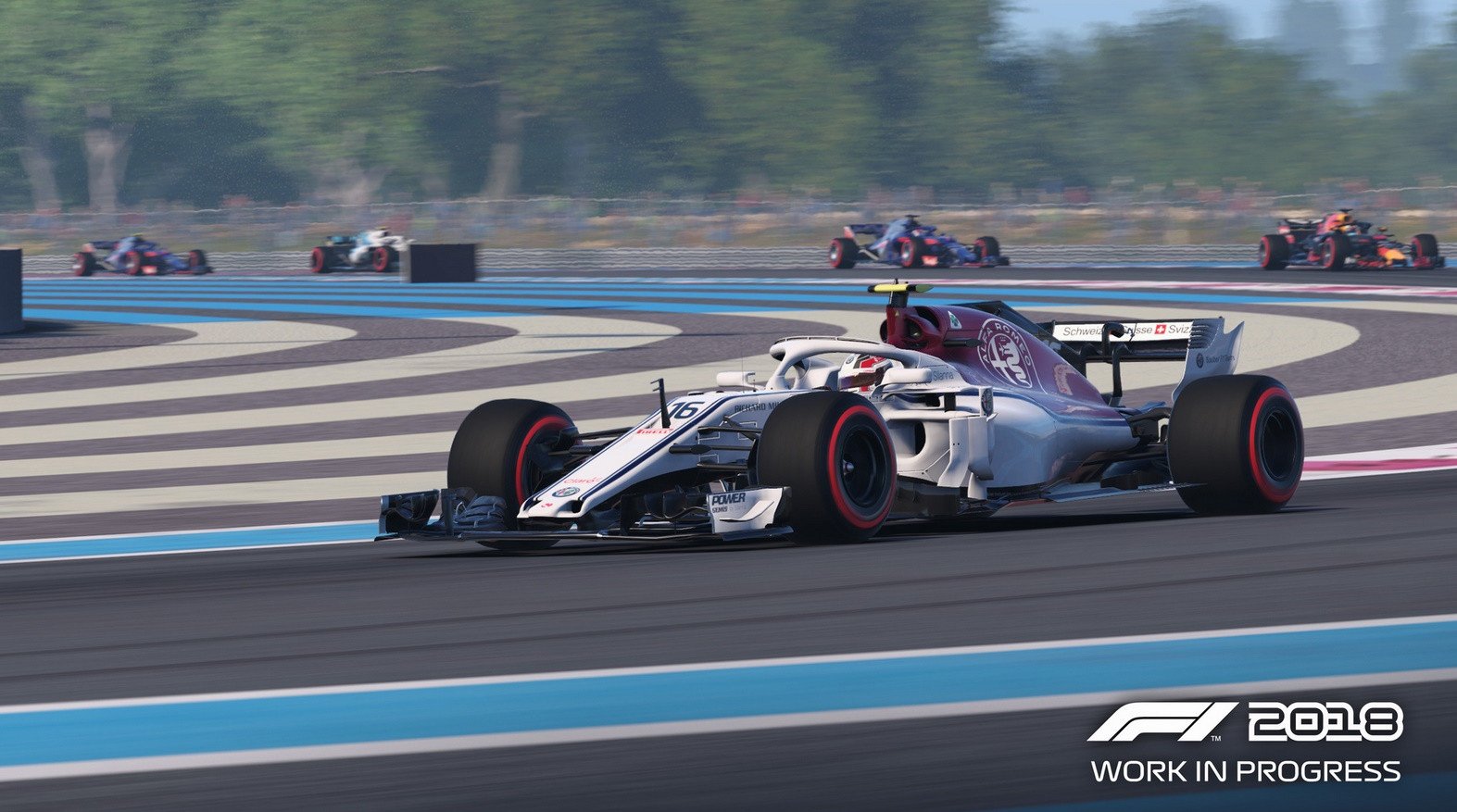 To end off, there was a spark which put this idea into my head. It comes from 2003 when EA and Studio Liverpool both had licences to produce F1 games. EA’s last game was called ‘F1 Career Challenge’ and it featured every car, every driver and every version of every track from the 1999 to 2002 season. It wasn’t a very good game as the Studio Liverpool titles had better graphics, sounds and driving dynamics, but EA had the better idea.

I don’t know if anything like this will ever happen, be it next year of indeed ever, but it’s about time Codemasters had a similar idea to that of EA 15 years ago if they ever want to make a game which will garner better reviews than “It’s slightly better than last year but also basically the same”.  Obviously, Codemasters may never make a better game than 'Grid Autosport' (my favourite game ever) as this idea doesn’t have IndyCars or the Lola B05/52 (below), but it would be a damn good effort and would be the best option possible to put them and F1 back on the main stage of video gaming. Let’s see what happens in 2019. 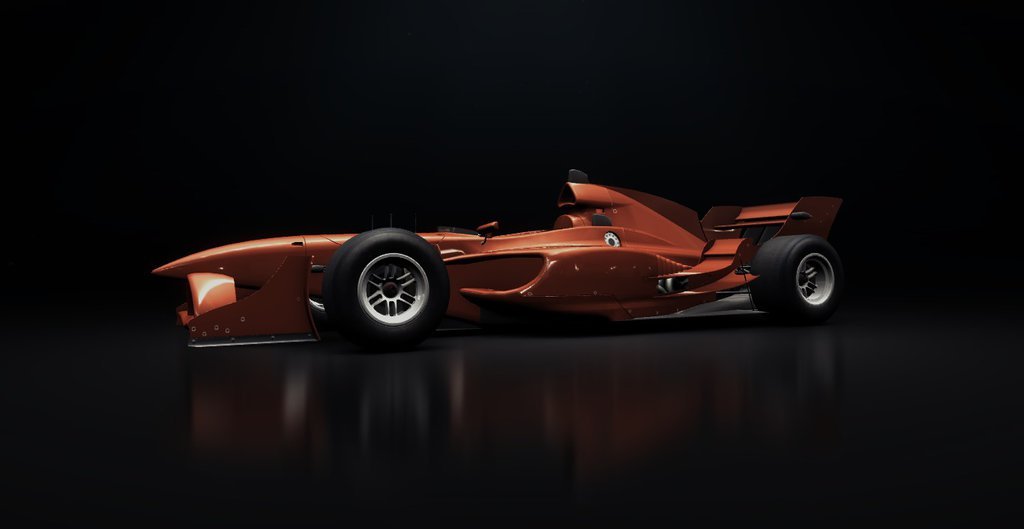