Dreaming Big, Really Big - Zoids and the Plausibility of Mechas

Is there a better way to travel. Yes! The anime way. Today Stelvio Automotive delves into currently science fictional world of giant mechanoid transport and if it has any chance of real world feasibility. 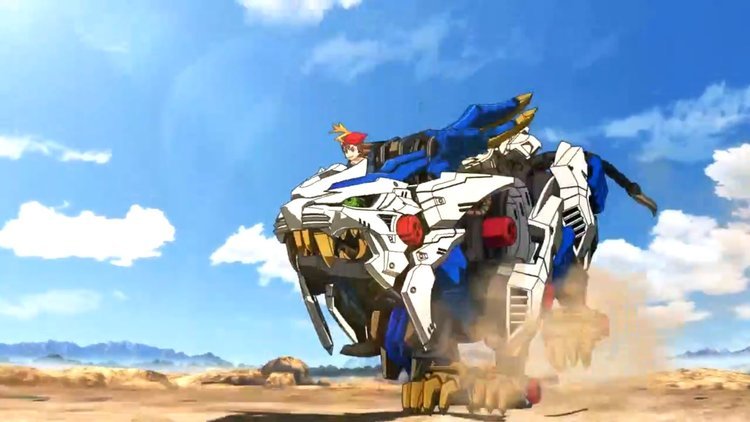 Zoids, as a child who loved both robots and dinosaurs (and still does) was (and still is) my favourite animated television series ever. This week I found out that that after 13 year hiatus from television screens, the franchise is making a return in the summer and, naturally, I’m super excited… I mean, I’m about to write an article in relation to it, what more proof do you need?

Why? Well, the reason for this is due to the promo shot of the new Zoids: Wild series (above) which shows the title machines are about ½ to ⅔ of the size of those seen in the previous 4 series and that got me thinking. How plausible is the concept of a Zoid like machine in the real world and what uses could it have? 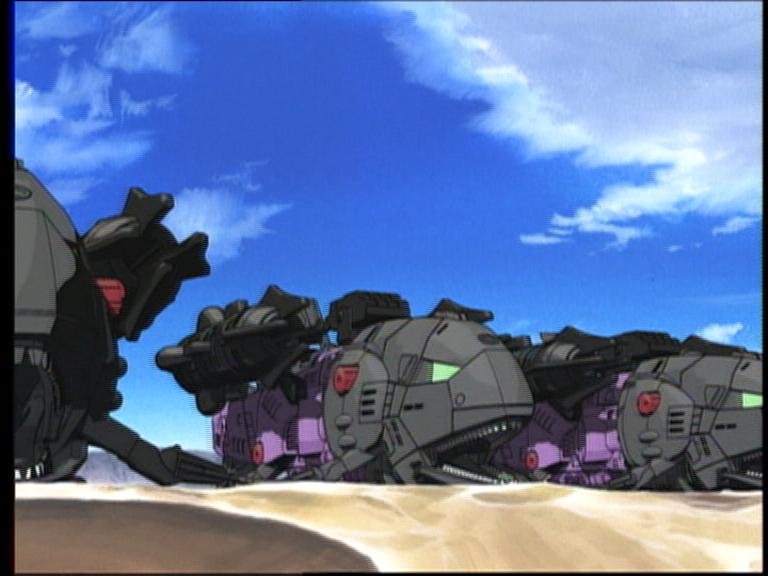 Zoids are, in essence, giant, sentient robots with an animal or dinosaur like anatomy which are large enough and strong enough to propel itself, payloads and a human pilot (or indeed multiple people) at speed for vast distances. Zoids range in their mobility method, be they on wheels, tracks, bipedal, quadrupedal, centipedal, a swimmer or a flying type depending on the creature they are derived from.

The flying types and swimmers are the most closely relatable to the real world. Something like a Storm Sworder or a Raynos (below) is basically a jump jet in the shape of a Pterosaur and a Zoid like a War Shark (above) or a Hammerhead are, as the name suggests, just fish-like submarines. With these types of Zoids the potential to become reality is incredibly high, if not almost inevitable. 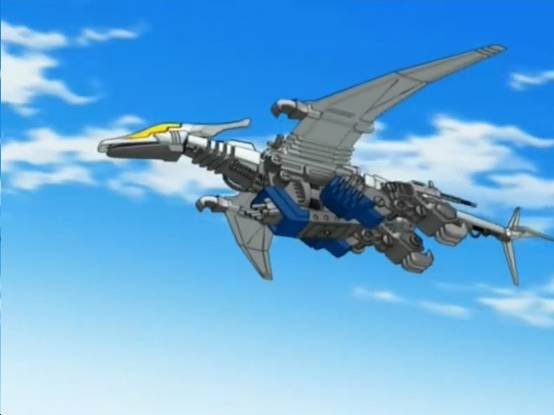 Throughout modern history designers in all transportation industries study and copy animals such as sharks, birds and other predatory carnivores which have genetically developed over millions of years to be the fastest, most efficient beast in their particular environment. These traits are those which manufacturers have been working on for decades to copy in order to acquire similar results and the more they study and copy, the more like these Zoids they could become.

But let’s be more adventurous. Let’s head on land to quadrupedal Zoids like the Ligers (top) or a Lightning Saix. Here we see areas where we can directly link projects being undertaken in the real world which can be directly related to the Zoids universe.

Most of you will have seen videos of robotic “mules” which are tested to try and simulate animal like movement traits. One of the most impressive of these is the ‘Cheetah’ from MIT in America. This thing looks and acts just like the description I gave of a Zoid. It’s clearly a robot, it’s clearly showing a degree of sentience as it is reacting directly to its environment and it’s clearly animal-like.

But more recently there have been even more advanced creations such SpotMini from Boston Dynamics. This robot, like MIT’s Cheetah has autonomous qualities where it can self balance and react to its environments and in the video below this includes being dragged away from what it is focusing on, opening a door. These fluid types of robotics are where Zoids start to look like reality.

The jump in scale will be if and when the military begins to use this type of technology in their fields. History has shown that in the hands of armies things also tend to get bigger, just look at tanks, planes, ships and artillery from their origins to models around today. If that repeated with these robots in a military environment it’s entirely possible we could one day see a 10-20 metre tall ‘Cheetah’ or ‘SpotMini’ fully clad in battle armour. It would be just like a Zoid.

The armies of the developed world already use drones which are currently remote controlled. They save the lives of traditional pilots who would have flown bomber planes in the 20th century and it is well known that armies would like to reduce or eliminate human casualties where possible. Autonomous or controlled robotics would be an answer to that wish. 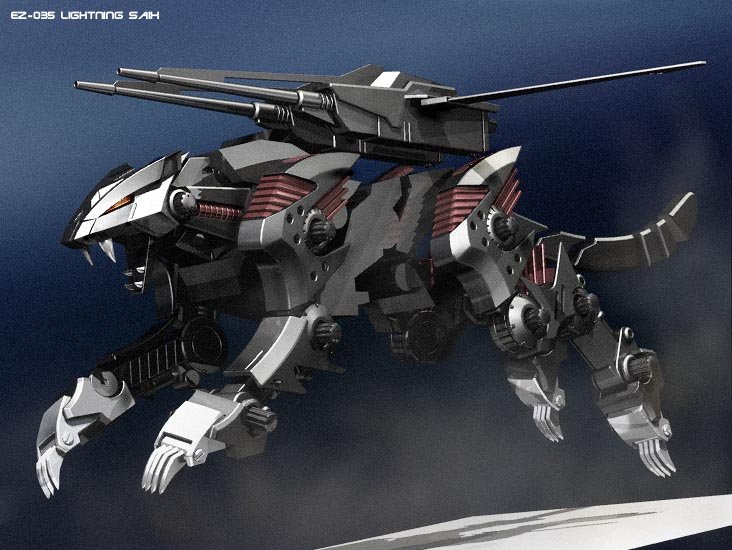 In Zoids: Genesis the bulk of the Digald Empire’s Zoid pilots are themselves robots under direction from a human commander. There is no reason not to imagine a situation like this in the future for ‘tanks’ and artillery units, perhaps developed into using the animal movement traits making them appear more like an AT-AT from Star Wars or indeed a Zoid. Able to go into battle, fight dynamically and retreat if necessary all without the cost to human life.

Lastly, stepping away from the military, is what these kinds of mechas could do for the shipping and haulage industry. A Zoid like the Gustav for example is essentially a large truck and doesn’t take a lot of imagination to envisage, but more adventurously could be the Connectes (below). 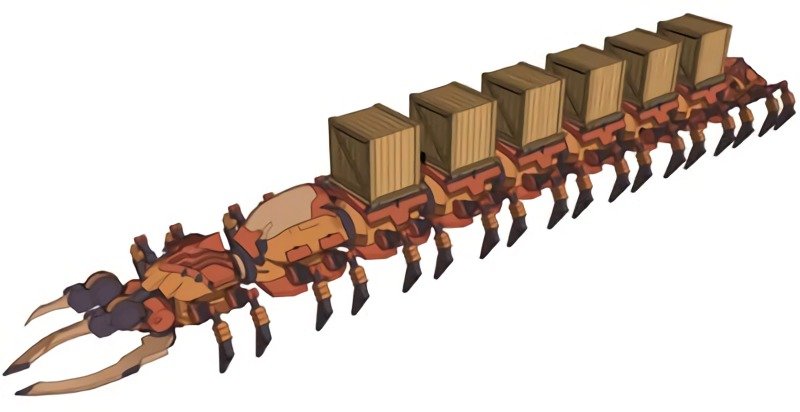 This is a centipede-like Zoid which carries the payloads on its back, essentially a go anywhere land train, only a more fluid and able version than those seen in Australia, able to climb over its terrain and any blockage like a tree with ease.

More far fetched could be something like a Whale King (below), a huge flying Zoid which carries multiple ship loads of cargo effortlessly through the sky, higher than any plane. This one admittedly is probably not going to happen simply due to the amount of fuel and materials that would be needed just to build it and get it off the ground, however larger and larger carrier planes do exist so the idea is not completely impossible. 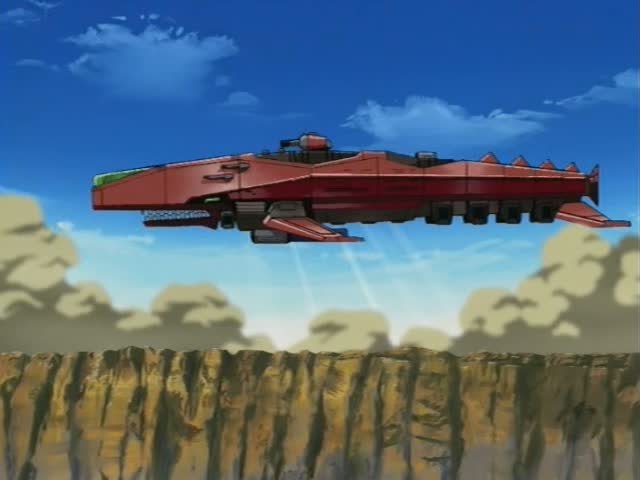 Seeing the smaller Zoids in the preview of Zoids: Wild gave me back the childhood dream vision of a world where Zoids are real. A thing which you could pilot to travel wherever you wished to go on whatever adventure you wished to have. With the advances and continuous testing of robotics and science there is at least a vision for these to one day exist.

I don’t know if you could ever get a civilian model which had a Geno Breaker’s Charged Particle Gun though. That might be a dream that’s a tad too big to hope for. 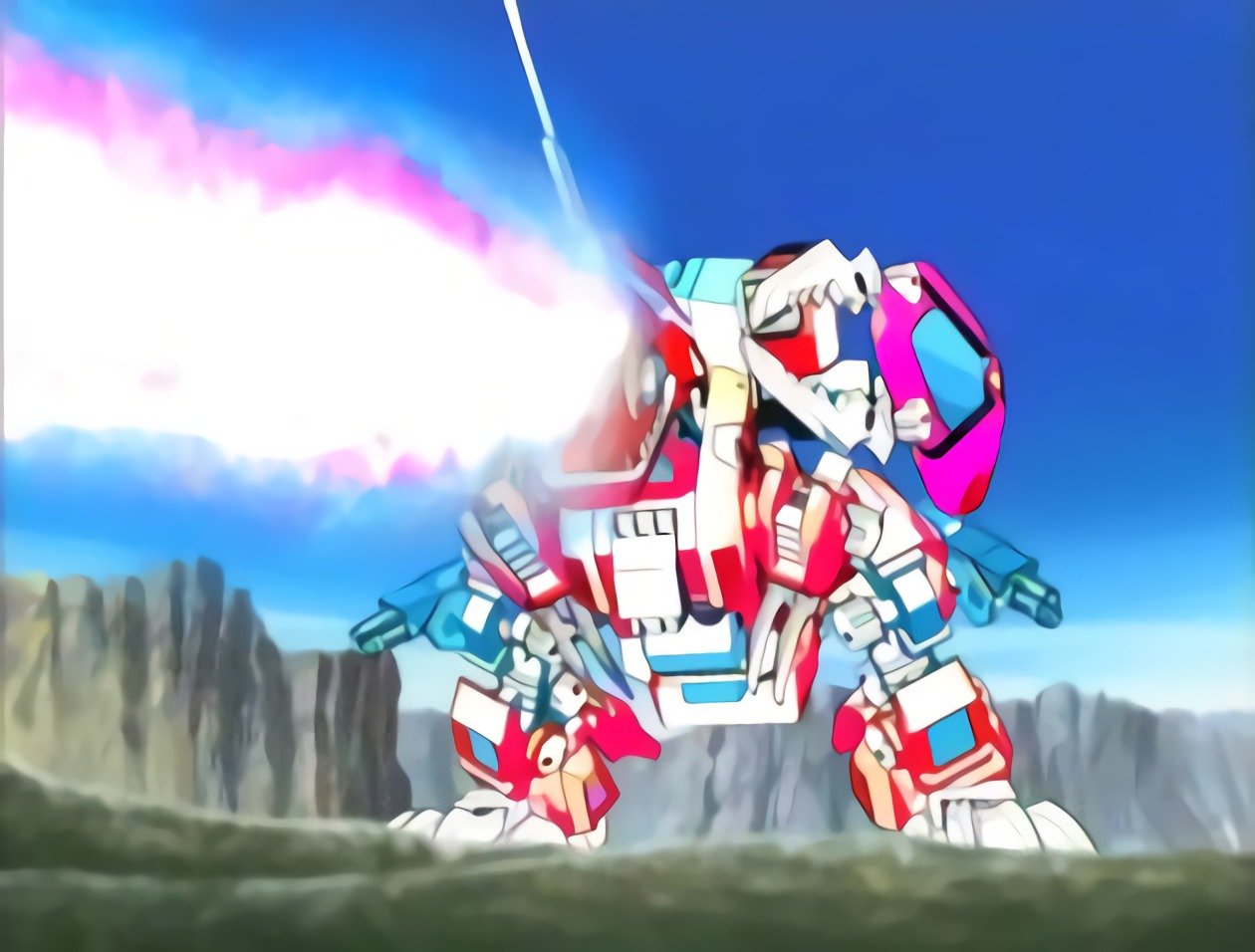