Hi, I'd Like to Get a Quote for a Toyota Yaris, With 1 or 2 Modifications - A Closer Look at the WRC

The World Rally Championship may never again be the global phenomenon it once was in the Group B era of the 1980s and early 90s, but the cars today are now the fastest of their kind in a generation. Today Stelvio Automotive looks into how the WRC turns A to B family hatchbacks into 130mph monsters of the forest. 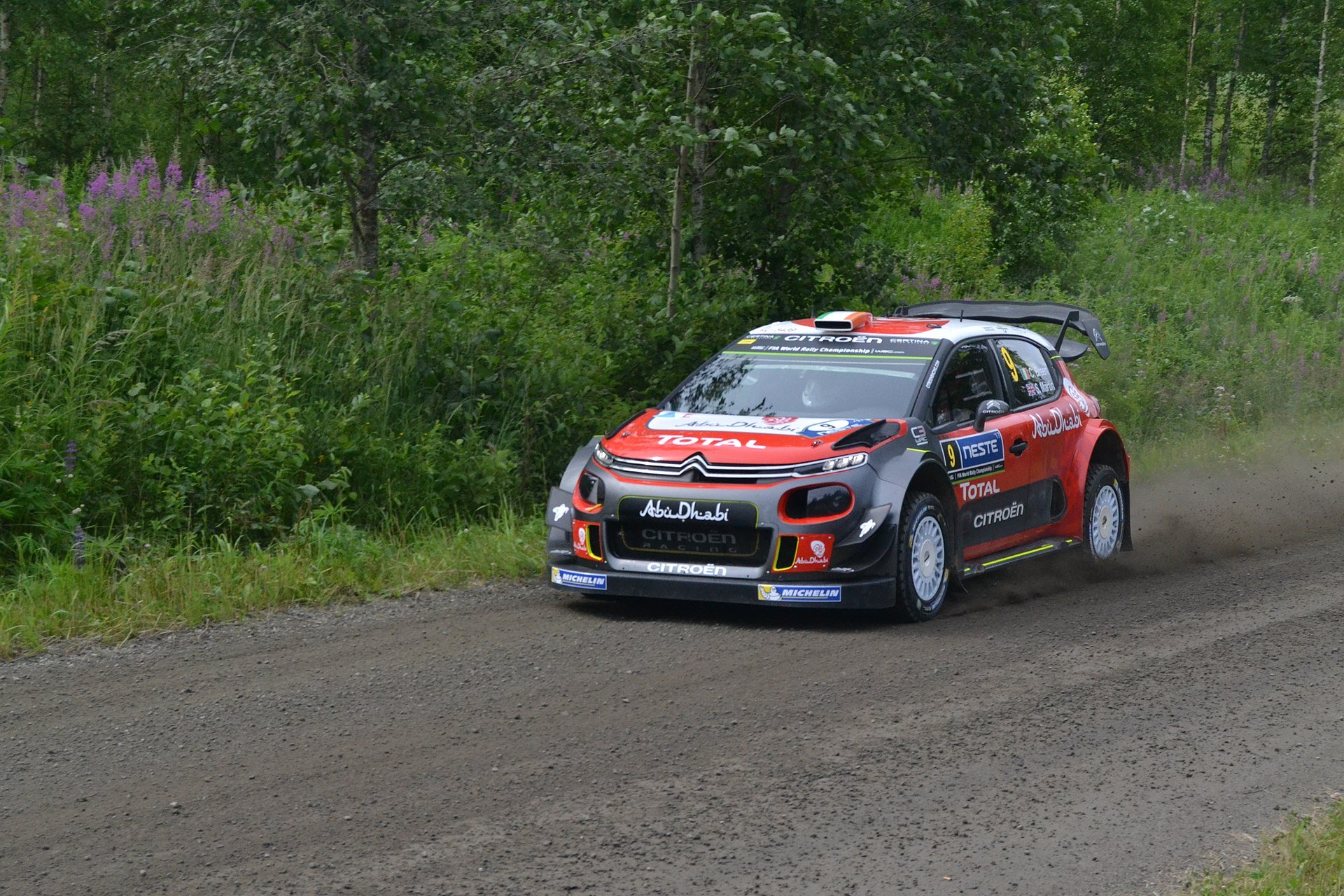 The Citroën C3 is not a fantastic car. It’s quite comfortable, comes in nice colours, the interior is alright, but other than that I don’t have much to say which I like about it.... Except it has an awesome rally version which can do 0 to 60 in 3 seconds, has wings and flared bodywork on every inch of its exterior, and brake discs that illuminate the night sky when its driver desperately slows down from warp speed to try and make a corner that’s just come after a blind crest.

The current generation of the WRC has produced 4 of the fastest cars the series has ever seen. The “2017 Regulations” (also known as RC1) saw the cars power increase to 380bhp, 70bhp up from the previous generation, and also brought with it a new wave of aerodynamics. The new cars from Ford, Citroën, Toyota and Hyundai all appeared on the starting blocks last year with more angles on them than the Batmobile and a whole room of Bauhaus sculptures combined. And were these beasts the iconic supercars of the Ford GT and Toyota Supra, no, they were hatchbacks. 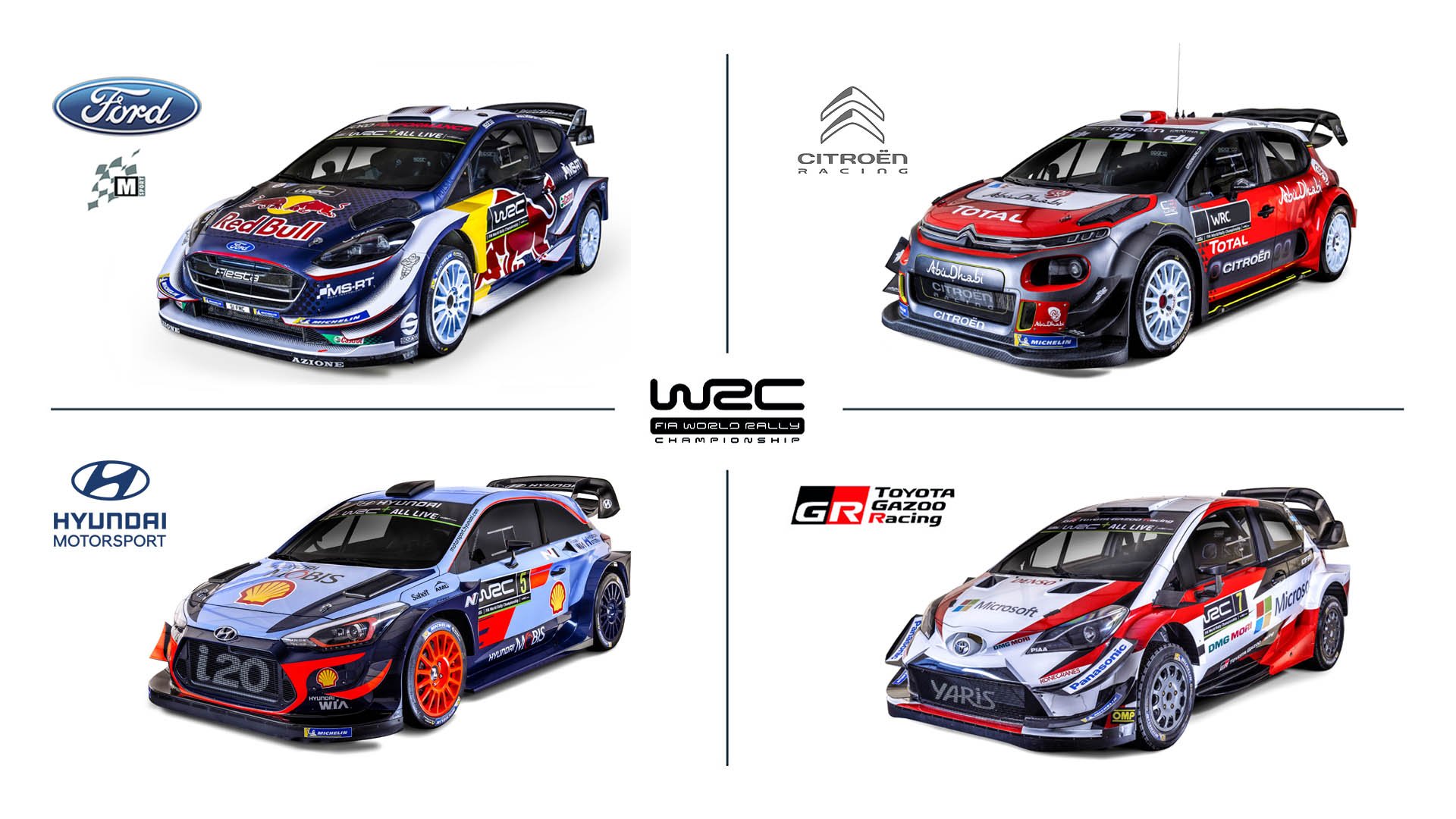 Citroën brought their aforementioned C3, Hyundai brought their i20 Coupe, Ford their Fiesta, and Toyota brought by far the biggest gun to this sword fight, the Yaris! A car which as far as I can see, has at least 4 rear wings or winglets, a front splitter so wide you could probably use it as a snow plough in the winter, and on the 2018 version; a winglet on the A-Pillar. All 4 cars have implemented similar aesthetic tricks including hugely pinched in and flared out bodywork and flared wheels protruding beyond the tyres which aid with cooling of the brakes and reduces airflow disturbance as it hits the side of the car when cornering.

I say cornering - drifting and flying might be a more accurate description. The WRC has always been known for its aerobatics as these metal boxes appear suddenly, 6 feet in the air, at an angle as the driver has pitched the car into the next corner coming up immediately after the studded tyres reconnect with the ground. The newest crop of cars have taken the practice to the next level. The new regulations have caused records to be smashed and even forced stages to be cancelled for fear the cars are too fast for the safety levels of the stages they have to compete on. 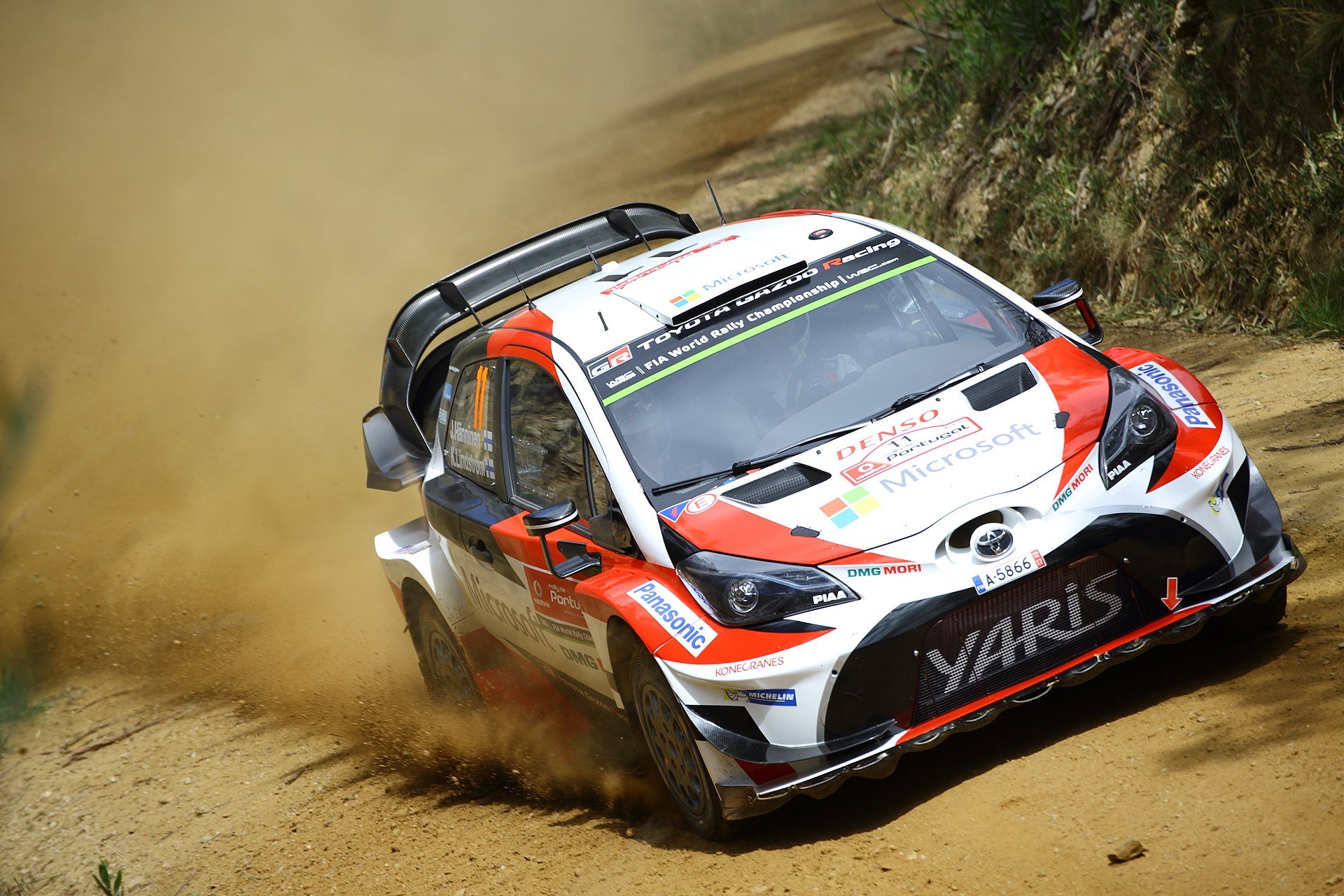 In terms of mechanicals, all the cars are similar. Officially, they produce 380bhp, along with a huge 332lb-ft of torque which is what allows these 4-wheel-drive cars to accelerate as fast as they do. Depending on the gearing, the cars can do 0-60 in about 3 seconds with their 1.6ltr, 2.5bar, turbocharged engines and reach top speed around 10 seconds after it comes out of a corner. The cars are fitted with electronic and mechanical differentials allowing power to be controlled and deployed across whichever axle needs it at the time.

The driver changes gear through a hydraulic sequential stick shifter or a paddle shift similar to an F1 car, but what’s even more awesome is that the current crop of rally drivers have to cope with these beasts without driver aids. That means no traction control, no electronic stability control and no anti-lock brake system. These cars have the same number of driver aids as a Peugeot 106.

Rally cars are a special breed however, worth way more than the numbers and words which can describe them. They have to cope with debatably the hardest strains possible to put on a car, the forces which go through the chassis and suspension are simply immense. The cars literally have to cope with crash landings every time they fly through the air and the suspension has to survive both with these huge, instantaneous loads along with the repeated, fast-paced oscillation which occurs from the car just being on a “normal” gravel surface. A normal road car tackling a WRC course at anything close to the speeds these cars manage would either break after the first couple of jumps, or would begin to fall apart just from the vibrations of the surface. 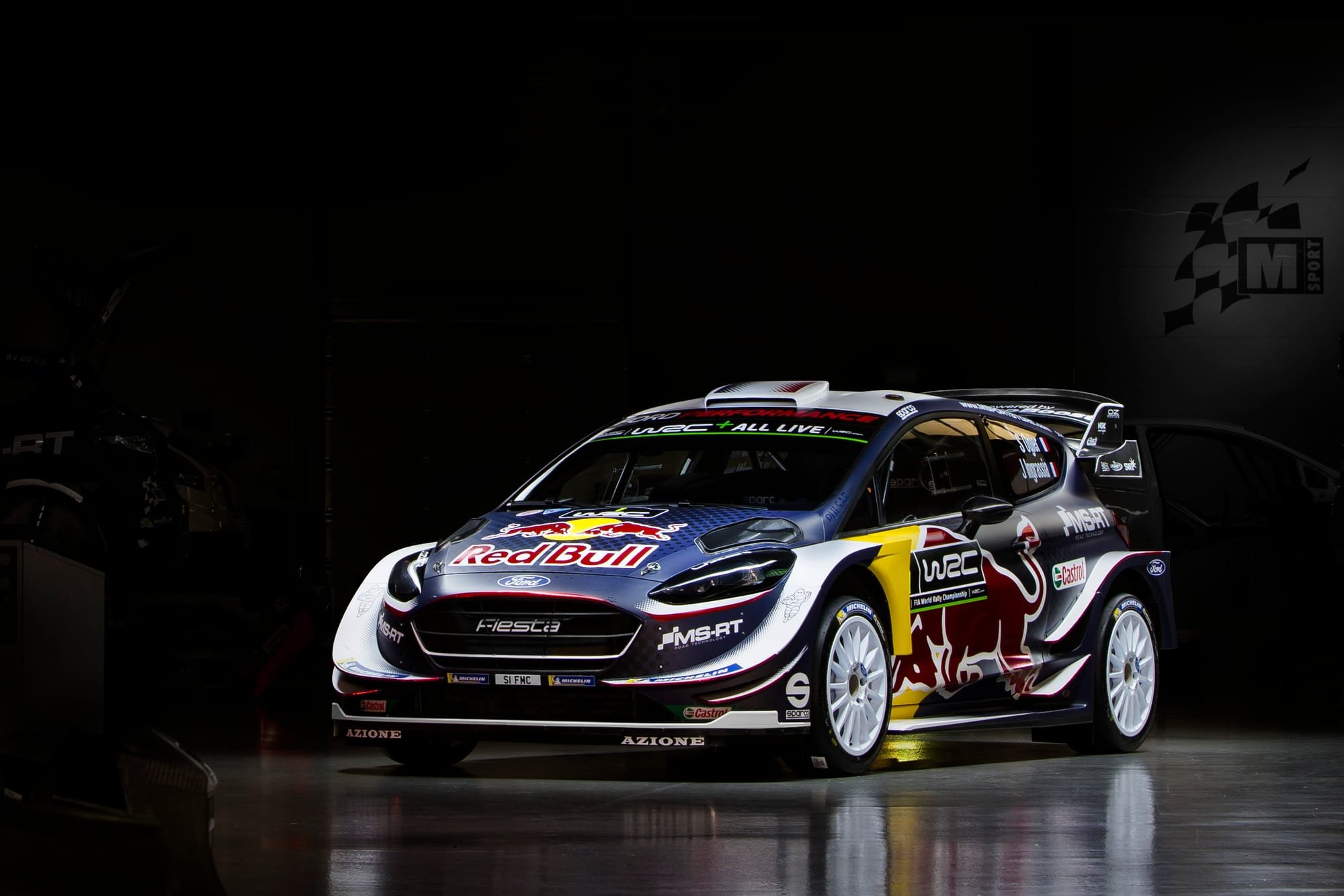 To cope with this, WRC cars have ultra-long suspension struts, 300mm+ springs and complex damper systems which all work to cushion the car from every bump, dip, stone or jump it goes across. This very high end set up also keeps the car, particularly the tyres, in contact with the surface as much as possible. This results in less power being wasted from being up in the air. These have to be set up and adjusted in-between stages to account for if the next part of the rally has higher or lower speeds, has a smoother or rougher surface, or indeed a different surface entirely as, if a car is set up incorrectly, it will lose time to the opposition as well as potentially being dangerous for the driver and co-driver.

For those who have never looked into rallying, it is one of the only motorsports which still has 2 people in the vehicle at the same time. The job of the co-driver is to essentially guide and warn the driver about every single corner and hazard which is coming very quickly up to greet them. Before a rally a co-driver and the team will scout the rally stage out and take very detailed notes of any surface change, bump, dip or jump which the driver will have to react to, the severity of the corners as well as the nature of how they tighten up or open out as the car goes through it. Again, any mistakes here could spell disaster for the team in terms of results or worse. 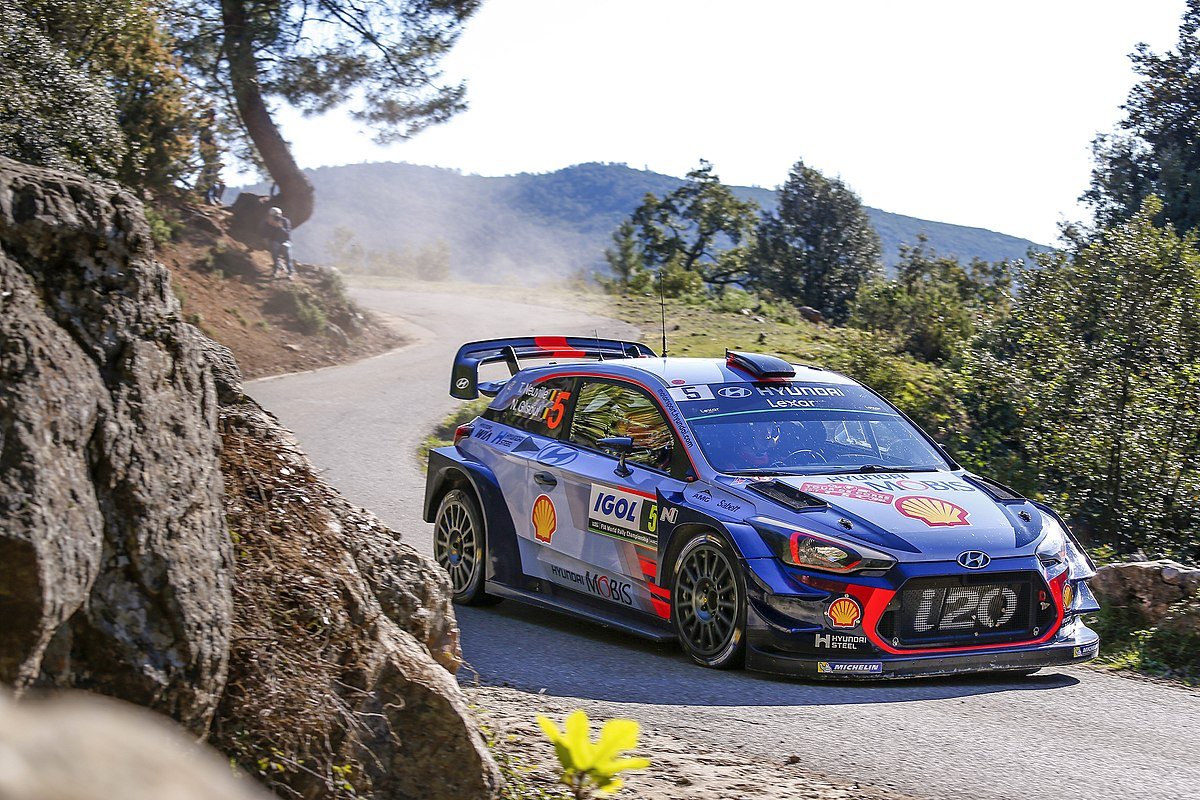 Fortunately, when ‘worse’ does occur, there are one or two extra safety features you won’t tend to find on your family hatchback. WRC cars are what are collectively known as ‘Silhouette Racers’, a term used to denote a car which on the outside looks a lot like a normal road car, but underneath is a thoroughbred race car with little to no shared parts with the road going version it represents.

WRC cars will have custom parts replacing nearly everything from the bodywork all the way down to the chassis, which itself will be severely strengthened and lightened. This customisation makes the car faster, but also safer in the event of a crash. The roll cage will keep the roof from buckling in to the driver cell, the chassis itself will be more capable in a crash, dispersing the energy across it and the bodywork which will smash or break off taking the energy away from the drivers. The race seats will have multi-point harnesses which, along with the occupants’ crash helmets, HANS (Head and Neck Support) device and fire proof race suits, means the WRC has remarkably high safety standards. There have been 0 fatalities in the past 12 years. 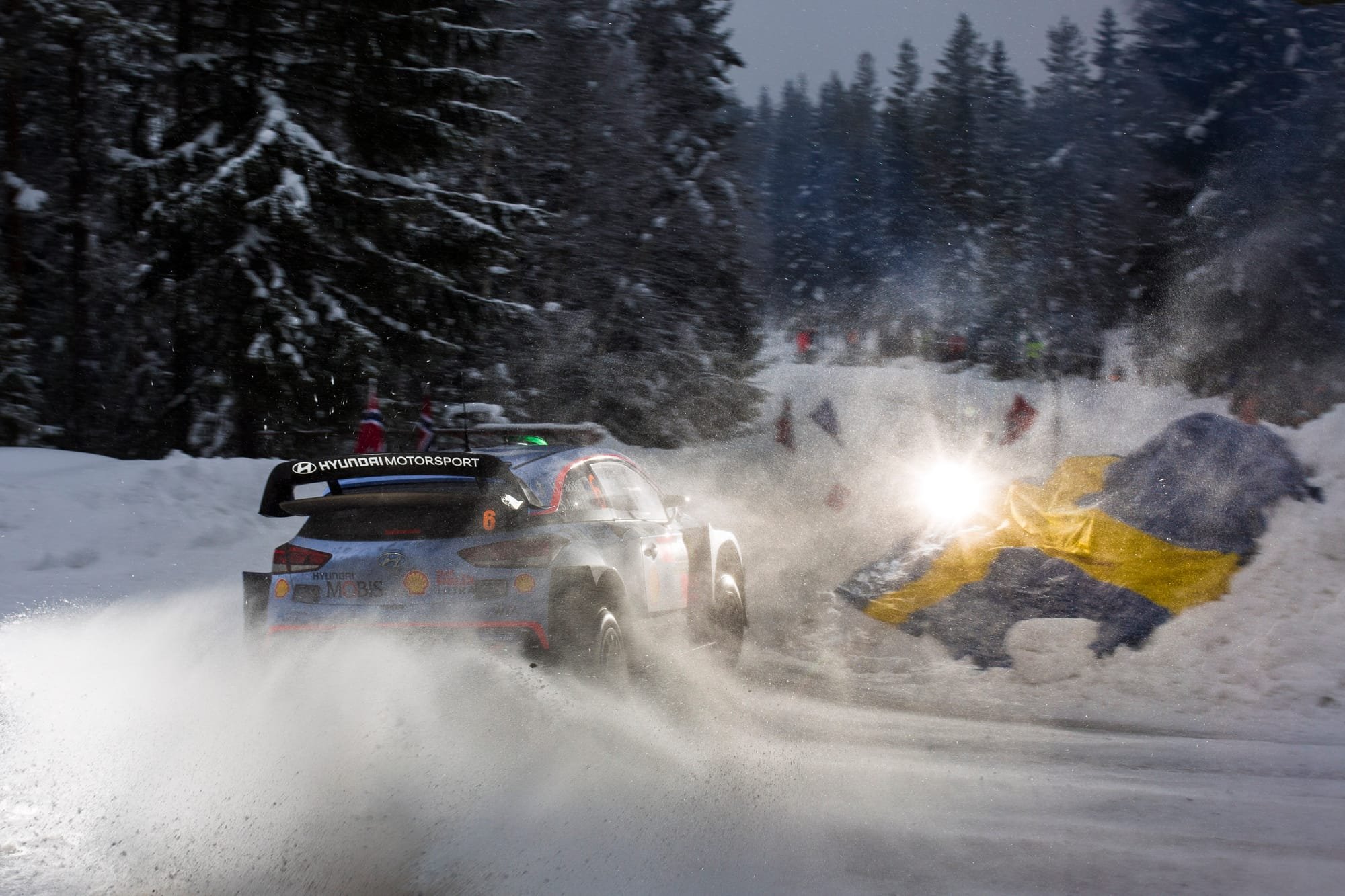 The incredible technology of the WRC has helped manufacturers improve thier own consumer products, the most obvious and well known being when Audi brought in 4WD with the Quattro in the 1980s. These days the WRC is used chiefly as a research platform and test bed for physics and development at the extremes so the manufacturers can apply the knowledge back to their road cars. Plus, the WRC has the added benefit where the crowds are viewing cars which they could buy versions of the very next day. The WRC is one of the last motorsport classes which provides clear and easy marketing for car manufacturers to showcase something they’re selling and take advantage of.

Overall, the WRC is still the pinnacle or the rallying world. Even compared to the Dakar or World Rallycross Series, the WRC tackles bigger forces, more variables and has the big consequences. If a mistake is made a 4-day event can be ruined from hitting a single rock which rips off a wheel, or knocks the car into a crash, or blows a radiator, or a turbo, or any myriad of other things which could break. Awesome is the word I used to describe the Citroën C3 rally car at the start of this article, and to be honest that’s basically the best adjective I can think of to describe the series as a whole, along with the amazing cars (and drivers) which participate in it. 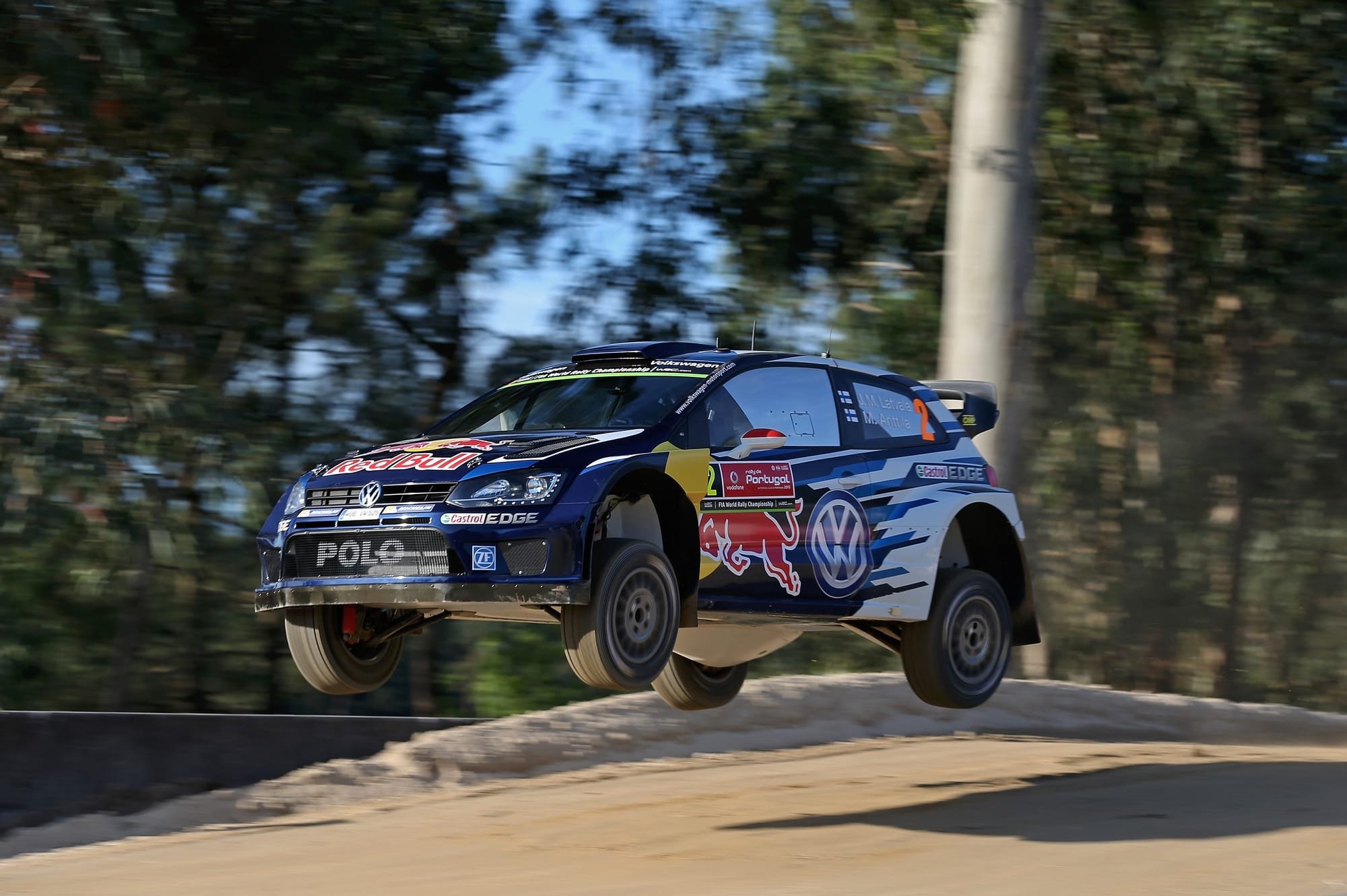