It Only Takes One Day to Leave Your Mark on History - Le Mans 2018, The Story of ByKolles

With the Le Mans 24hrs is only 1 week away, today Stelvio Automotive looks at the history of the ByKolles Racing team explaining the story of the little team which has fought its way to the big table; and why they could be the unlikely winners of the Great Race. 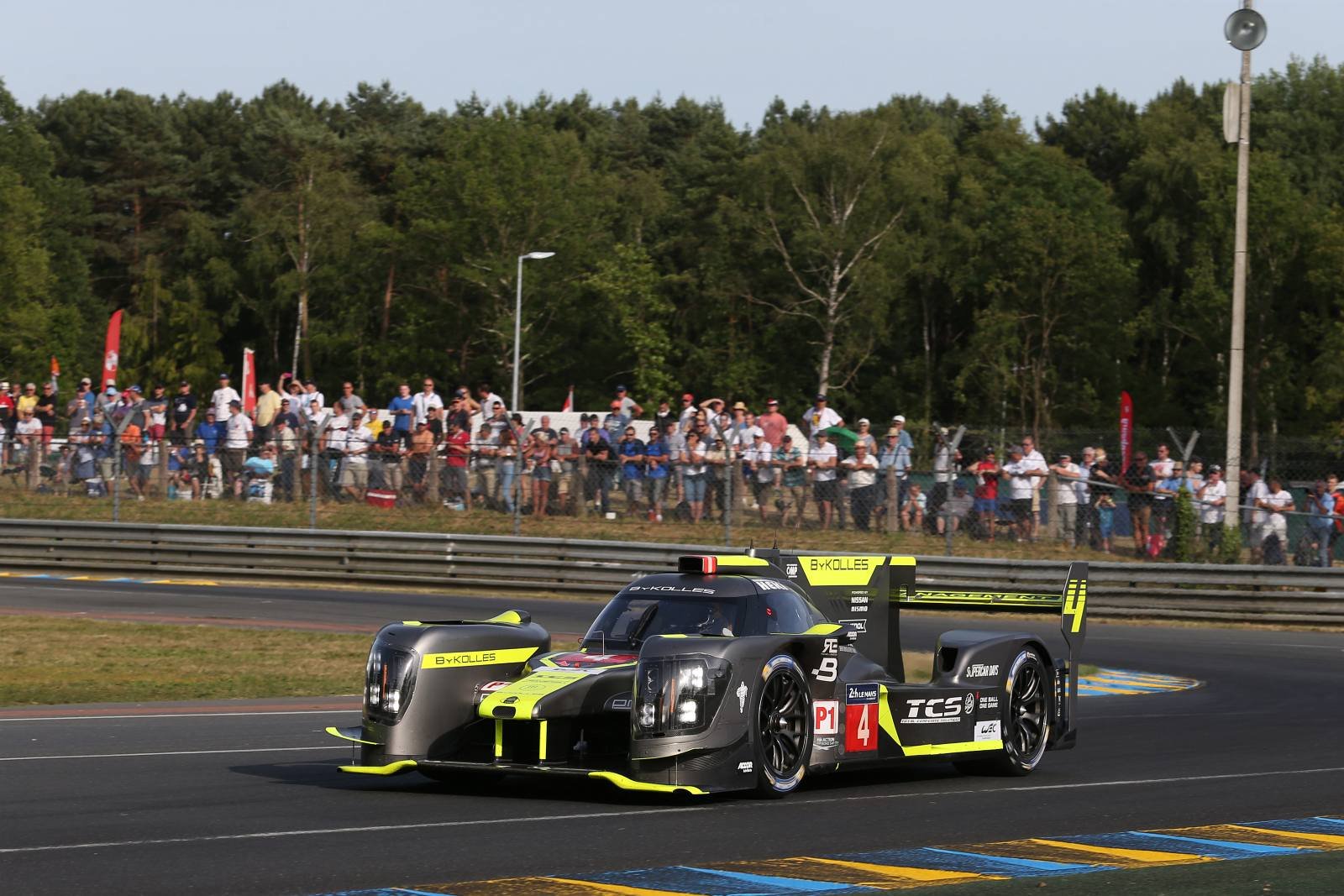 Those who have paid attention to Stelvio Automotive over the past year will have noticed that there is a grey and yellow car pictured on the homepage and the social media banners. That car is the ByKolles CLM-Enso P1/01, a privateer LMP1 machine which is my favourite race car in the entire world.

Today's article is the story of the WEC's minnow team. A squad who have fought through years of challenges and adversity to survive and flourish on the big stage to potentially have a shot of victory on Sunday 17th June 2018. This article looks at the 3 key stages of the team's evolution and why, after years of trying, this could be their year. 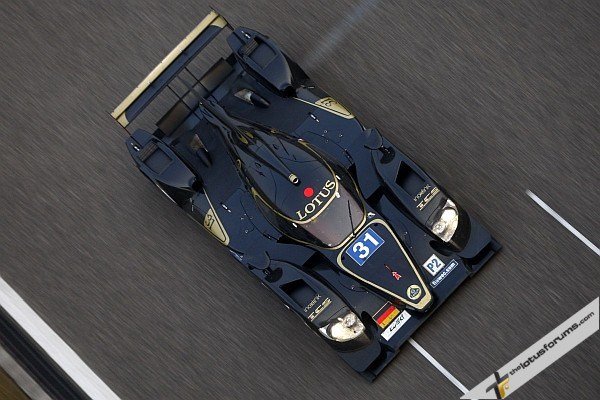 The Kolles was founded in 2000 by Romanian businessman, Romulus Kolles and his son, Colin Kolles. This team ran in DTM and Formula 3 throughout the 2000s where they ran future stars from current IndyCar front runner, Robert Wickens, to multiple-time DTM Championship challenger, Jaime Green and ex-F1 driver, Adrian Sutil. Their best most notable end of year finish came in 2001 when Pierre Kaffer finished 4th in the German F3 championship.

In 2009 the Kolles name made its first appearance in the Le Mans paddock when the team ran 2 customer Audi R10 TDi LMP1 cars. In the 2009 Le Mans 24hrs, with 6 rookie rookie drivers which included future superstar, André Lotterer, the team finished 7th and 9th overall, only behind the works cars of Peugeout, Audi and Aston Martin. In 2010 they again used the Audi R10 for its final season of competitive racing. These cars were featured in one of my previous articles when they were painfully close to finishing 4th in the 2010 Le Mans 24hrs but for a late breakdown which cost the team the chance of the final triumph for the old R10. 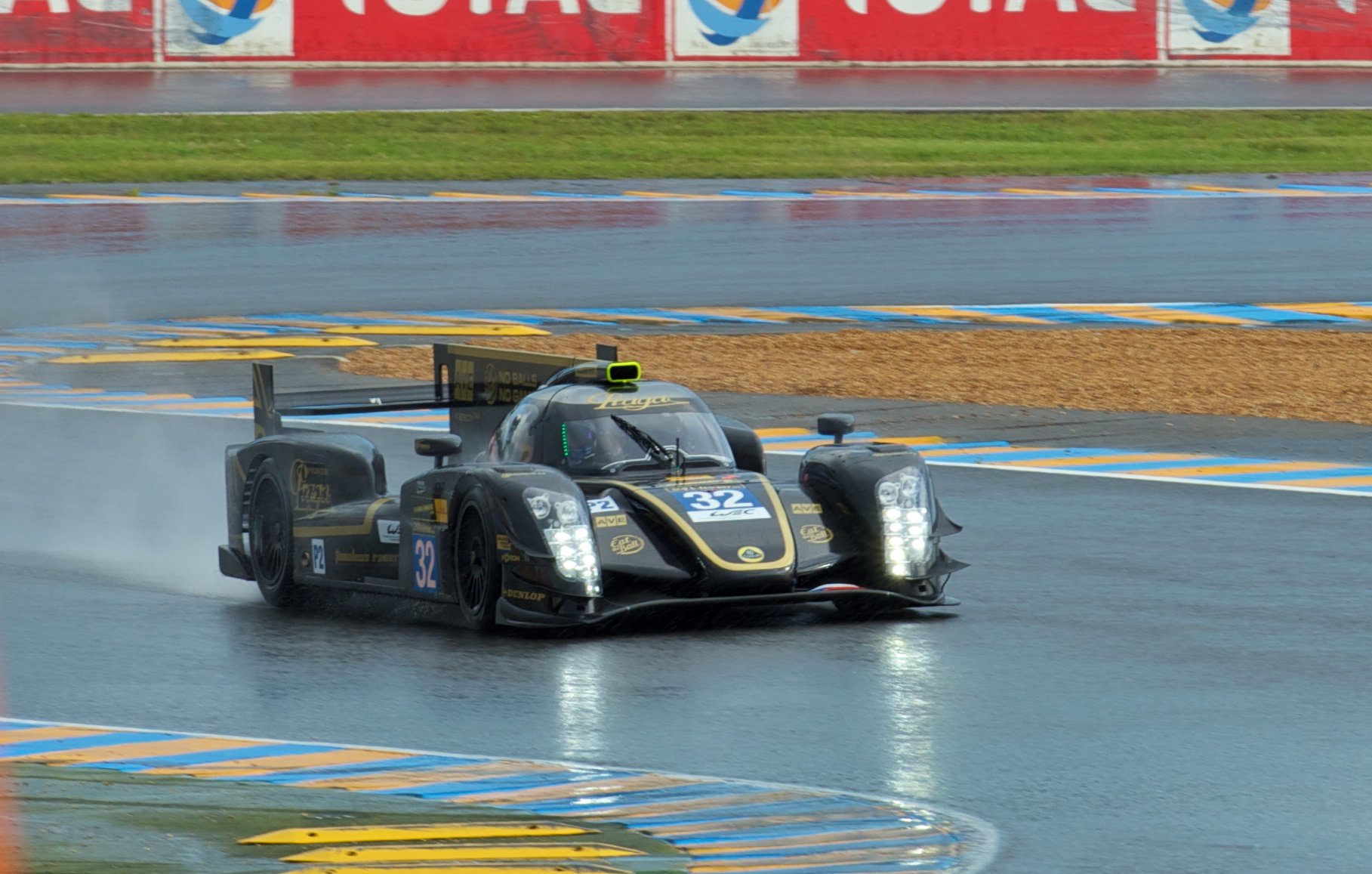 The team did not participate in the 2011 Le Mans series as Colin Kolles was in the midst of managing the Hispania Racing team in Formula 1. Luckily, the team came back a year later under the Lotus branding as a runner in the LMP2 class using a customer-spec Lola B08/90 Judd. In this formative year the team finished 6th in class in 4 races, including at their first ever appearance at the 12hr of Sebring; but equally they suffered many retirements, including at Le Mans where the car managed only 155 laps. Overall, the team did well with the car they had, however, they struggled with a car which was ultimately outmatched by its newer opposition.

To combat this, "Lotus", as the team were branded, launched the T128 LMP2 car in 2013 (above). This car was the first time where ByKolles had ever designed and built a car from the ground up. It was designed by James Key, a big name in F1 these days, using CFD (computational fluid dynamics) and was the first Kolles machine driven by their current driver, Dominic Kraihaimer. The car looked gorgeous on track, and around some circuits it was highly competitive. The team scored their first ever podium at COTA, but again the car suffered many retirements, including once more at Le Mans where the T128 stopped after 219 laps of the French Enduro. 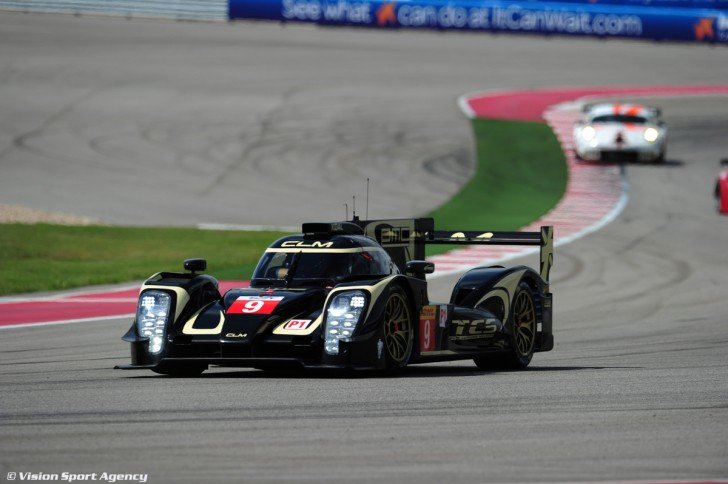 The 2014 car was to be the last year where the Lotus name would feature at Le Mans. In that final year, however, the car sported a beautiful black colour scheme, something I personally would love to see the team return to one day for their base colour scheme. The CLM P1/01 was the first Le Mans car to feature the 2.4ltr AER Twin-Turbo V6, a hugely powerful unit which has since been used by Rebellion and now the SMP team in 2018.

The car was, unfortunately, completed too late to compete at Le Mans in 2014, but the P1/01 did make its debut at COTA where it finished 2nd in class behind the Rebellion R13 (back when LMP1 had a hybrid and non-hybrid division). This success was unfortunately to be short lived when disaster struck at the next race in Fuji. The CLM had a fuel line burst in the final hour of the race which burnt the car almost to the ground. The team did manage to have a new car built up for the rest of the season, but in the early stages of the CLM's life, reliability was often a problem. 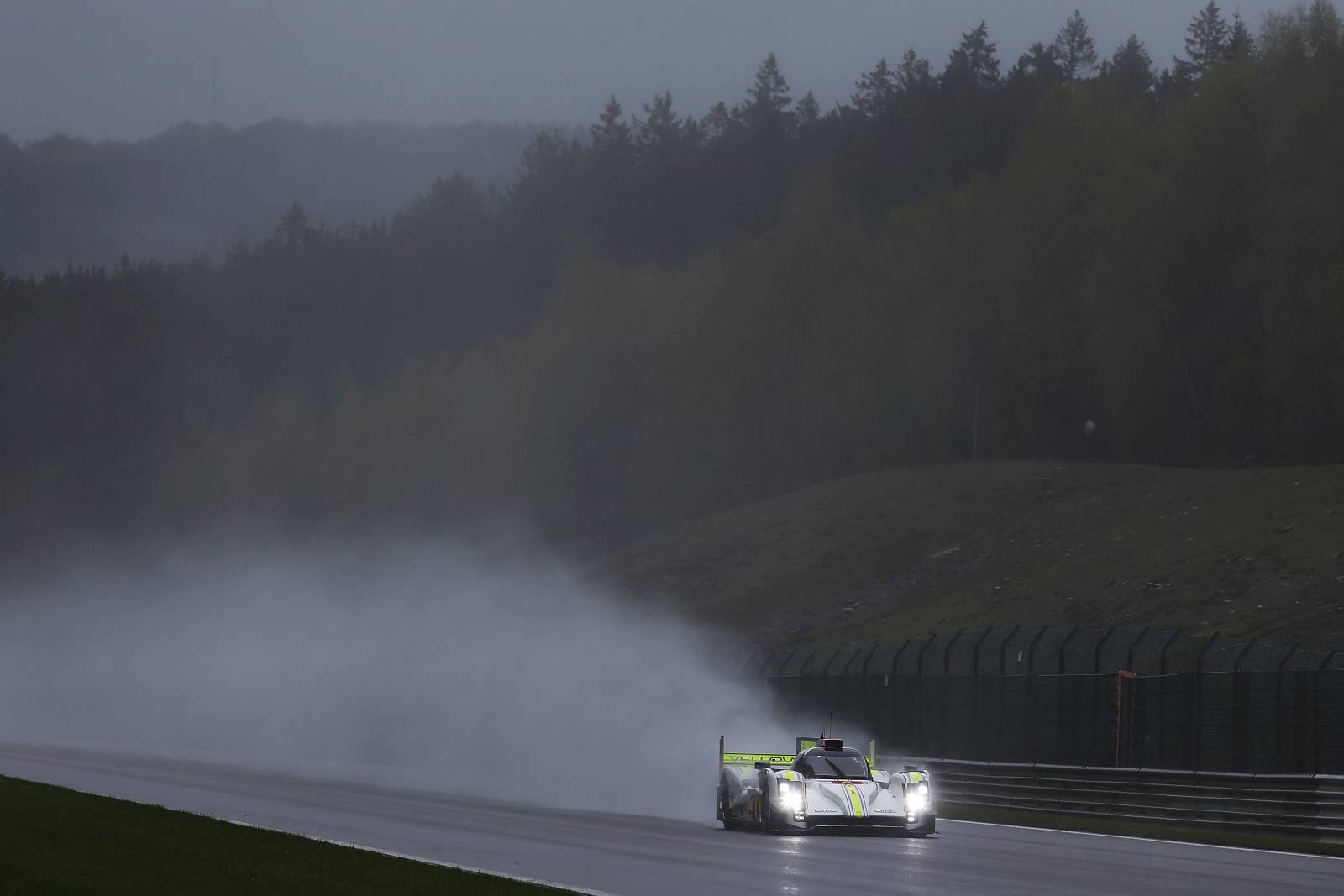 Over the next 2 years ByKolles (now racing under their own name) encountered many small gremlins in the P1/01, many affecting the power unit. It transpired that AER's engine, although very quick in the CLM and the Rebellions later on, was repeatedly unreliable. As a result of these problems the CLM also suffered from lack of set up in other areas; as instead of being able to do consistent long runs to make the car faster in the corners, the team were often having to chase a fault which stunted the car's development. As such the CLM very rarely posed a real threat to Rebellion's R13 and was often prey for the LMP2 cars on slower, more complex tracks.

ByKolles's biggest achievements in this time period were their class wins at the Nurburging and COTA in 2015 and at Shanghai a year later as well as the shear perseverance in doing everything they could to get the car out on track whenever problems arose. This was on show at Le mans in 2015 when they beat the works Nissans over the course of the race and again in 2016 where they suffered the longest, most agonising retirement as, over the course of about 14 hours, the AER unit slowly broke down until it retired after 206 laps. 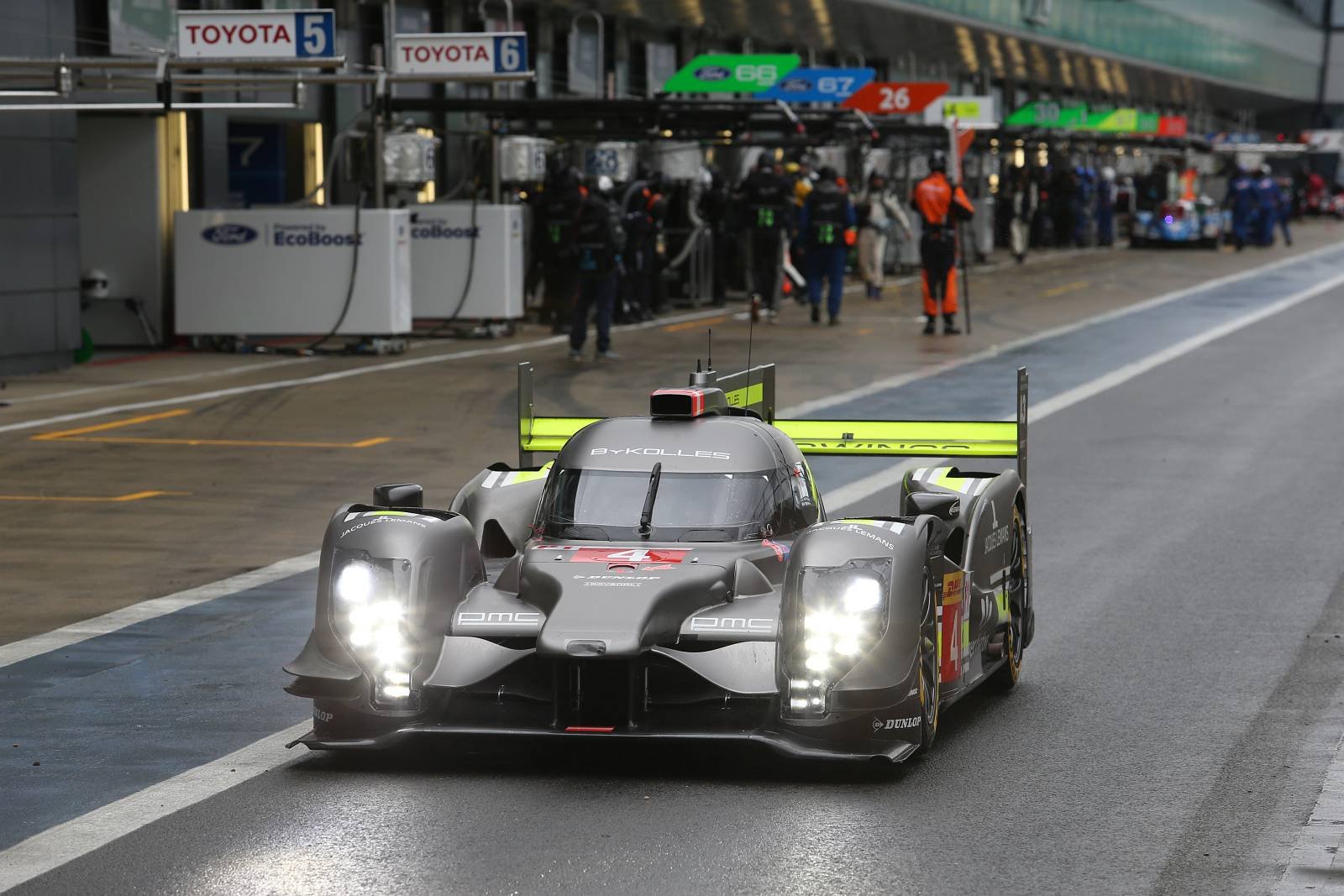 ByKolles came back with one big advancement in 2016. Here they revealed their first big upgrade to the CLM's bodywork since its creation. The team released the 'high nose' concept at Silverstone which featured an F1-esque nose cone with winglets either side (above). This was an idea Audi also revealed that year as an effort to increase downforce to the front of the car as well as improve cooling and airflow through the car and to the diffuser to improve aerodynamic efficiency.

In 2016 the team began to find lap time through the corners; more often than not being able to clear the LMP2 cars behind it and focus on their actual rivals, Rebellion. 2016 also saw the British driver, Oliver Webb, join the team and, as a driver who has stayed with them ever since, he has witnessed first-hand the development the car has undergone since. In 2017 the team changed to their new Nissan engines. These units were originally developed from Nissan's own LMP1 project a couple of years beforehand and with this new-found reliability it made the year look much more promising for the team going forward. 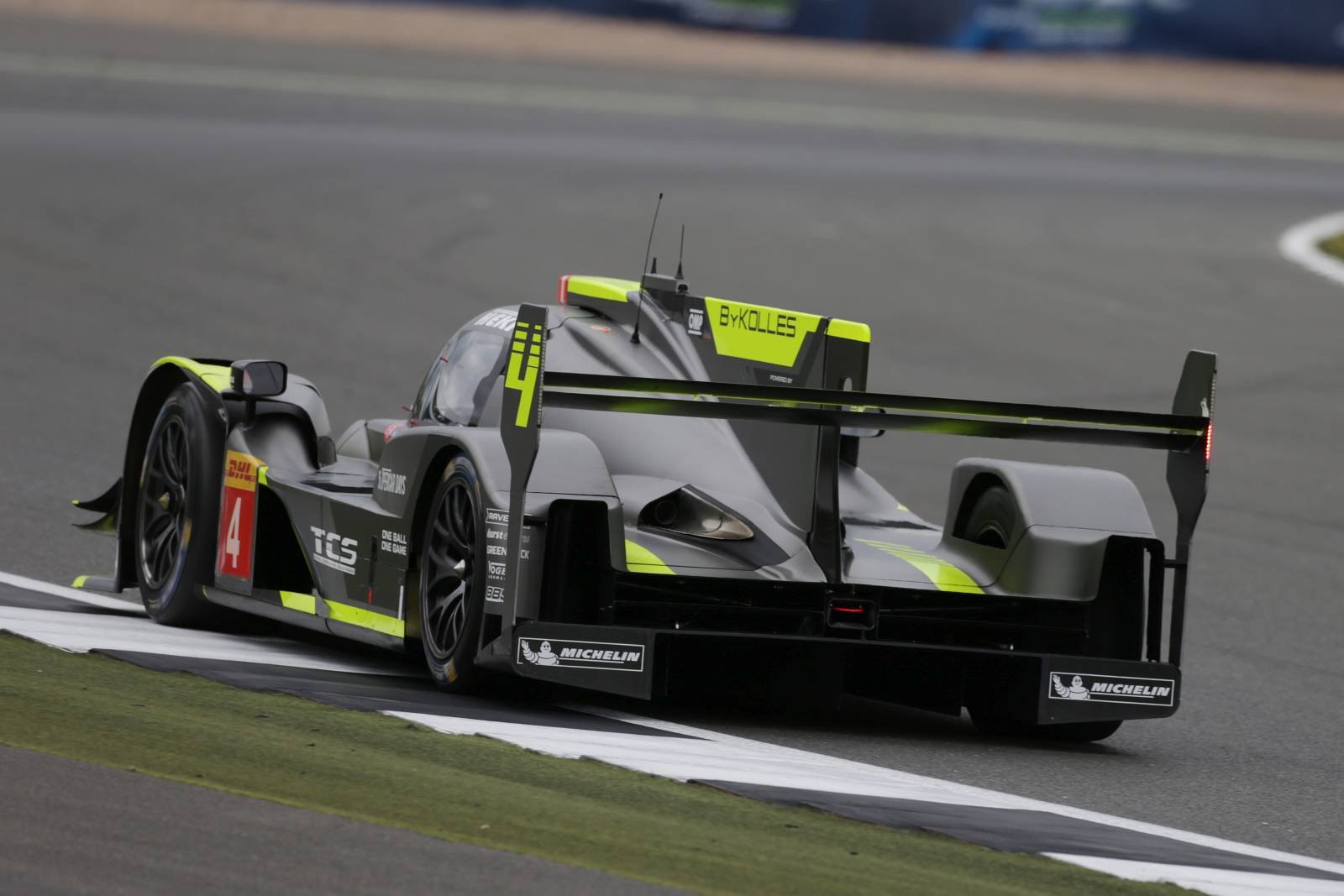 At Silverstone the CLM was still under-tested as the team had had to hurry to convert the chassis to install the new Nissan block. As a result, they were only about on pace with the LMP2 runners, which themselves were now racing in their new, more powerful formula for 2017. But, at the next race at Spa, ByKolles were clear of the LMP2 threat and now only had the Hybrids of Toyota and Porsche ahead of it. The CLM was clearly better in the corners than before and the Nissan reliability allowed the team to finally focus on getting the most out of the car for the first time in its history. ByKolles finished 6th overall, still 12 laps off the winners, but this was a big jump compared to where they had been before and a big achievement ahead of Le Mans.

The Le Mans story I have covered before and it still hurts every time I re-think it. ByKolles had already set the fastest ever lap around Le Circuit de la Sarthe for a non-hybrid car in qualifying and on lap one were harassing the leaders. As they came onto the Mulsanne straight the car hit debris and this damage, which initially looked superficial, destroyed the car’s cooling system. 7 laps into the race the CLM had set the fastest lap any non-hybrid machine would manage, but the damage caused it to retire. As the race transpired the LMP2-spec Jackie Chan DC Racing team almost won the race. There is little doubt that had the ByKolles not hit the debris and run smoothly from then on it would have won the 24hrs.

After the disappointment the team raced at the next round at the Nürburgring but then went away to develop the car for the rest of the season to be ready for 2018. 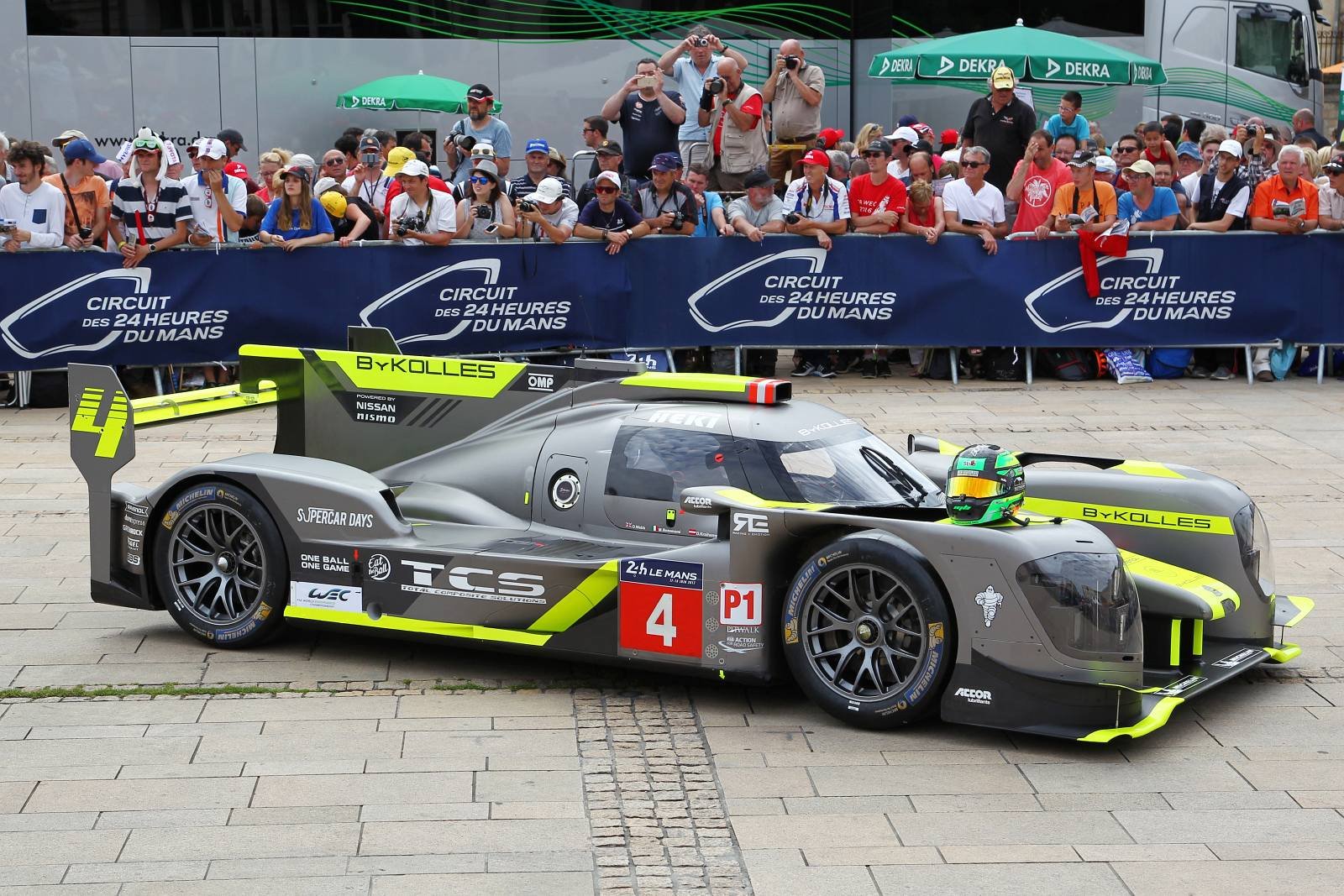 ByKolles are a classic, old school story of a little team which has had to fight to get to where they are. There are examples across many sports of teams who take the risk of participation in the top flight but may subsequently go bankrupt or be forced to pull the plug at the first signs of disappointment. But this team and their car though have been through the hard times and finally made it to the other side.

ByKolles have made a colossal improvement in the development of the CLM during their time away in 2017. When you compare the lap times of the previous incarnations of the car up to present day the CLM was 9 seconds a lap faster in qualifying in 2018 at Spa than it was the first time it went there in 2015 and 5 seconds a lap quicker than it was in 2016 or 2017. 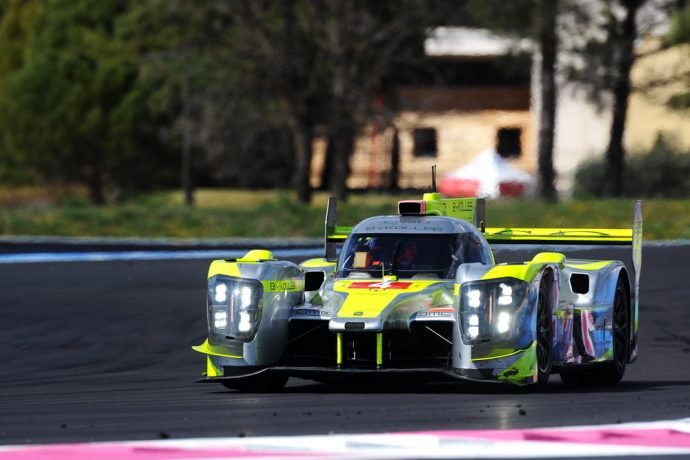 At the 6 hours of Spa this year, against a new field of LMP1 non-hybrid cars from Rebellion-Oreca, SMP/Dragonspeed-Dallara and Manor-Ginetta, ByKolles were in the mix all weekend long and eventually came home in 4th on race day. Unlike in 2017 where they were 12 laps down from Toyota, this year they were only just 5 laps down and only 1 lap away from Rebellion, the top non-hybrid.

At the test day last weekend, ByKolles went underneath their own non-hybrid lap record. When you look at the car's improvement at Spa as an example, this gives a lot of hope to the team's fan-base of a big step up still to come. Even if the Rebellions or SMPs are quicker over one lap pace, the ByKolles has the advantage of knowing its car inside out through years of development to iron out the kinks. With the Toyotas potentially more likely to break down by themselves due to their more complex Hybrid technology, this leaves open a fantastic opportunity for ByKolles to carve their names into the history books and snatch victory at this year's Le mans 24 hours. 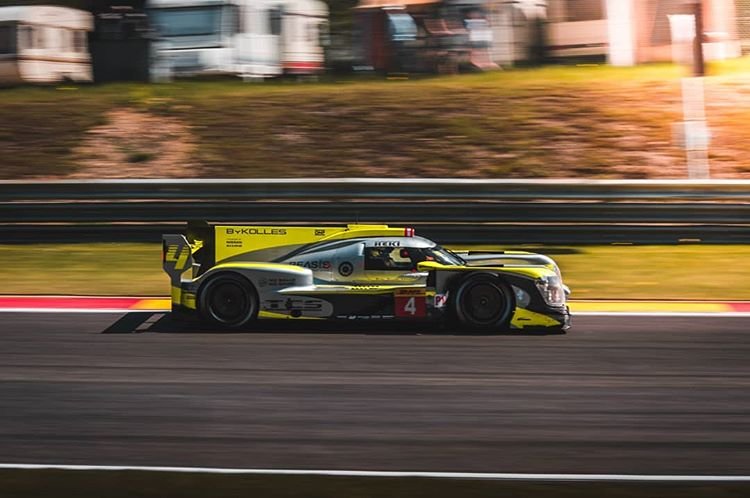 Whether this dream result happens or not, I will be cheering the team on from track-side at Le Circuit de la Sarthe itself, in my team shirt, fingers crossed, wishing them the very best of luck. The 2018 team of "Dodo", Oli and their third driver, Tom Dillman, is a great line-up to pilot the car. The team are readier than ever, the car is better tested than ever and maybe, most importantly, the paint scheme is fantastic.

You can never doubt the old saying about good-looking cars and how they often win! You can also never count out a small team to beat those it dares to challenge. If the ByKolles CLM-Enso P1/01 does next week, it will be thoroughly deserved and will make this writer exceedingly proud of the car and team he has supported from day 1. 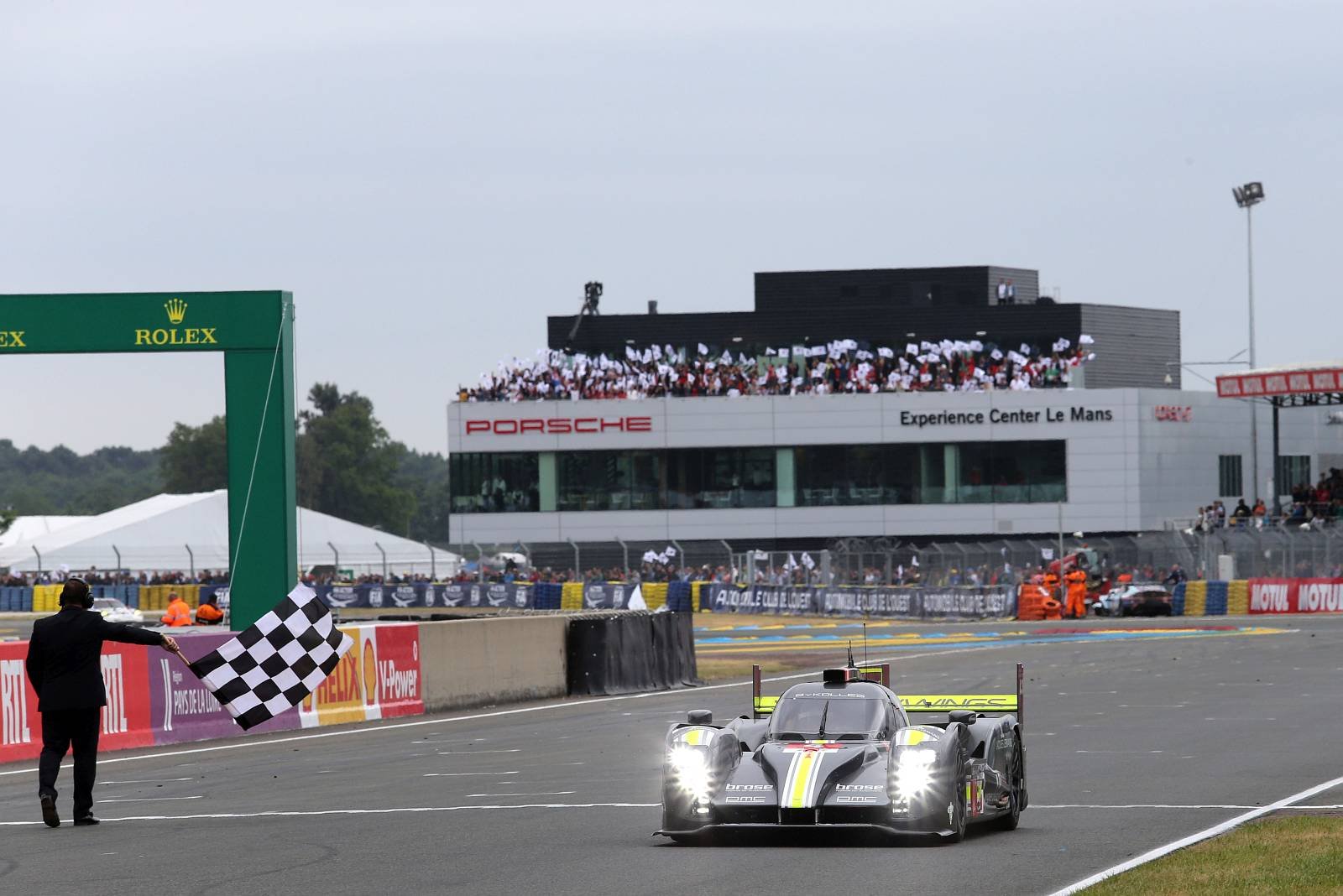