Save Your Company and Look Good Doing It. No Pressure - Stelvio Retrospective Volume 8 - The Jaguar XK

In 2018 Jaguar are a powerhouse of British prestige and success, but as little as a decade ago they were on the ropes and fighting for their lives. Today Stelvio Automotive takes a look back at the first ‘modern’ Jaguar, the firm right hook to the jaw of their opposition, the Jaguar XK. 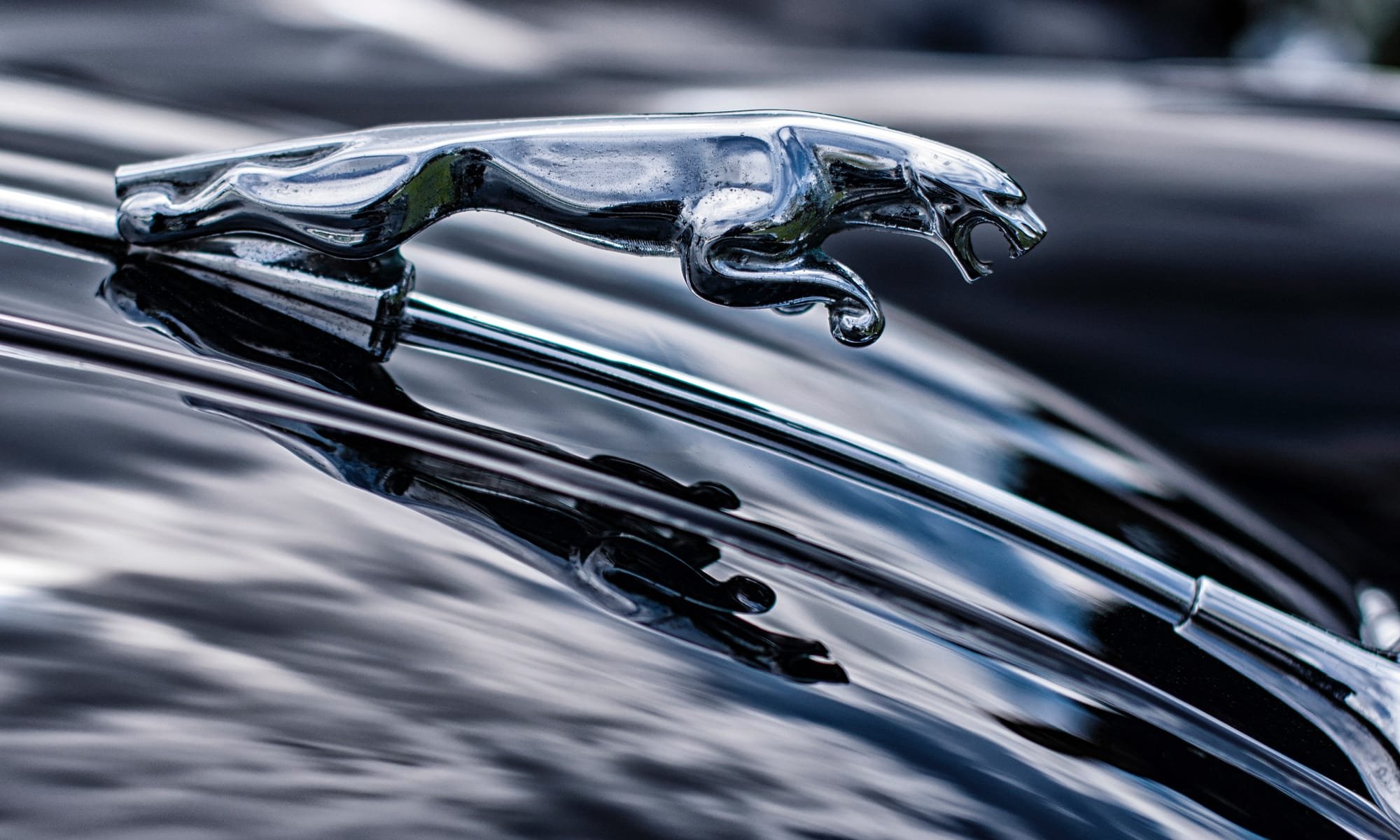 Last year, I promised in the Jaguar XF article that I would tell the story about that car’s immediate predecessor down the productions line. Well, today’s that day. This piece is going to take you back in time to before the first iPhone, before Marc Marquez made his debut in the 125cc class of MotoGP or Sebastian Vettel had ever sat in an F1 car, before Paramore had released Misery Business, even before Kellogg's had invented Krave Cereal!

Back in this time, oh, so long ago, there were 7 engine manufacturers and 2 tyre suppliers in Formula 1, Tony Blair was still Prime Minister and Star Wars only had 6 films (all the good ones except Rogue One). It’s a job remembering that far back, but, luckily, back then there were these things called magazines and, even better, most of those stories have ended up on the internet for reminiscent 25 year olds to remember their youth and re-hash the headlines of the time into a word document for adoring fans to re-read 12 years later.

In 2006, Jaguar were still a subsidiary of the Ford Motor Company, who back then were easily the 3rd biggest car manufacturer in the world. The problem was that Jaguar had had a lot of issues with the bureaucracy and heavy handed management imposed on it by its owner. Ford had bought Jaguar in 1989 (followed by Land Rover and Aston Martin) and despite initial success in the 90s with the fresh cash investment creating great and record-breaking cars such as the XJ6, XJS and XJ220, the latter years had seen a steady decline in Jaguar’s offerings relative to the competition. 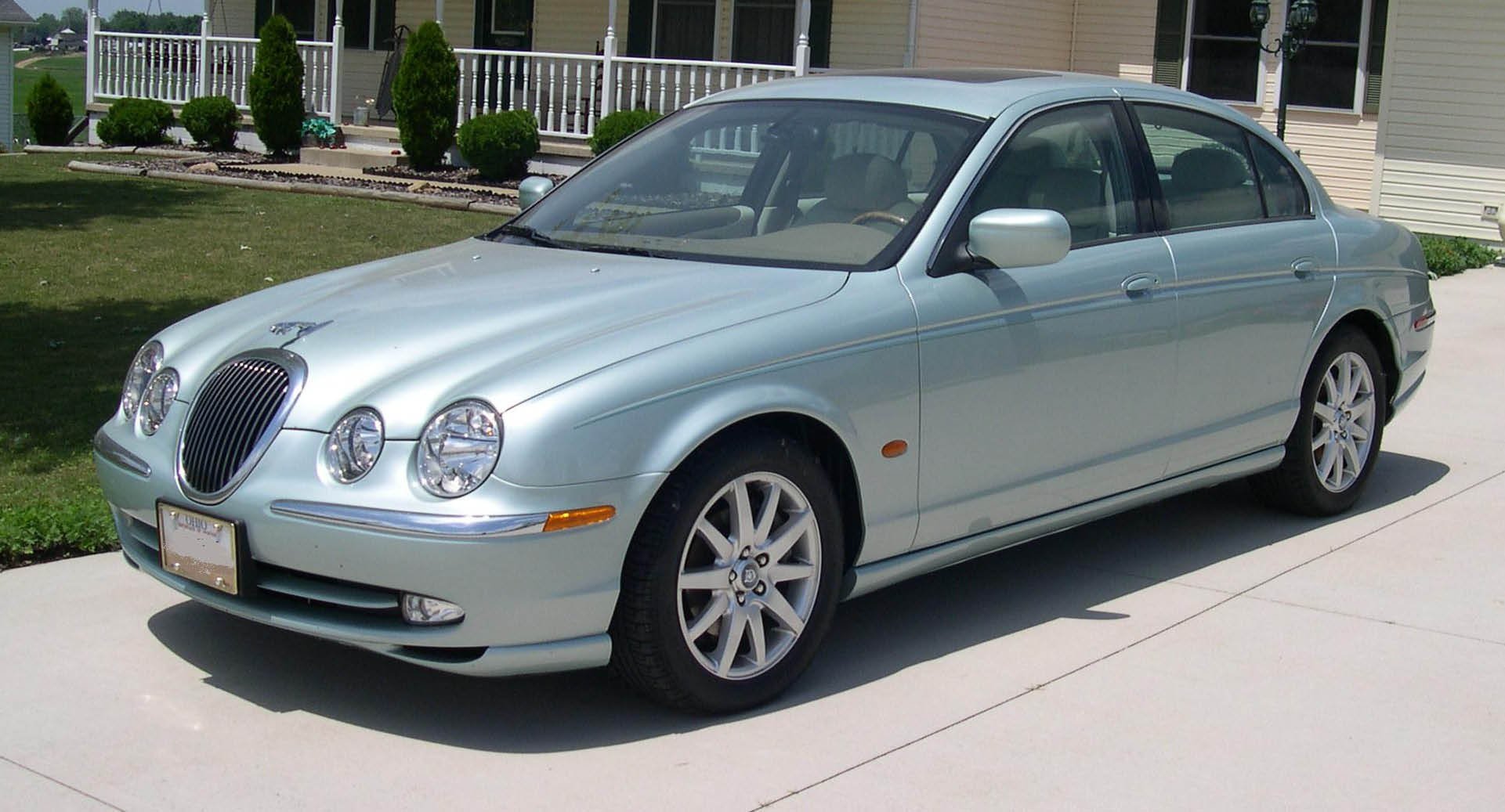 Jaguar’s main two cars in the early 2000s were the exceedingly ugly S-Type (above) and X-Type, both of which were either based on the Ford Mondeo (X) or were at least using a mass of Mondeo and other Ford technology and parts (S). This platform sharing, cost saving model produced ‘okay’ cars, but, equally, ones which felt less special than either previous Jaguars or German rivals such as the Audi A4 or Mercedes E Class. Even the Italian Alfa Romeo 156/9 or Japanese Lexus LS were more interesting and better value prospects compared to the ugly, underwhelming and expensive Brits.

Jag’s other two cars, the XJ8 and ageing XK8 were both better products, but they suffered from old technology which drove buyers away to fresher German offerings. All this was occurring at a time when Ford were not in the best state of financial health themselves. Ford’s business model had always been that of “mass production”; the concept of ‘stack them high, sell them cheap’ and gaining profit from the turnover of high volumes. As the 1990s concluded and the 2000s progressed, Ford began losing their market share to the likes of BMW across all sectors and as a result they were struggling with too much money tied up in unsold stock and resultant financial issues.

This all came to a head in 2006 when the company required a loan. A big one. A multi billion dollar loan which kept the company out of bankruptcy even before the global economic downturn was to rear its ugly head. As part of Ford’s restructuring they had to sell off their assets in the shape of Jaguar, Aston and Land Rover but, in the case of Jaguar, it first of all had to update its fleet to make the brand an attractive proposition to any potential buyer. And this is where the XK comes into the storyline. 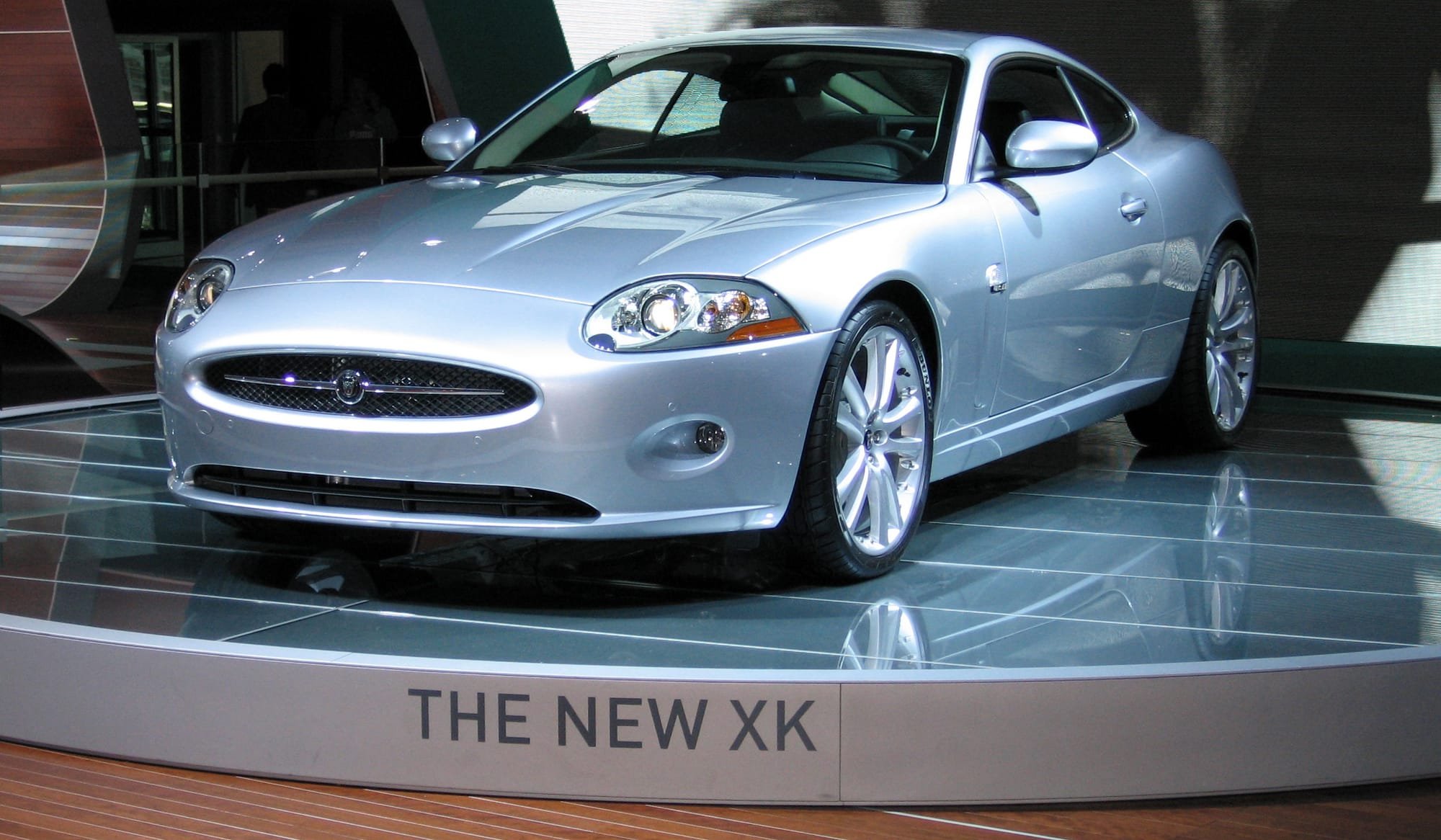 Jaguar had been working on the XK8’s replacement since 2003. The old car had been going since the mid-90s and, although it was still a beautiful machine, it couldn’t match rivals like the BMW 6 Series and Mercedes SL. Jaguar had to make sure that their next car was a winner, something that brought back the prestige of the Jaguar brand as well as bring them into the 21st century in terms of car dynamics, technology, comfort, speed and aesthetics. The XK was carrying the fate of its brand on its back.

The car launched in 2006 at the North American International Auto Show with highly positive initial feedback for a car which certainly looked the part. It had a more powerful, stocky look compared to its predecessor and didn’t try to copy (poorly) classic Jag designs like the X, S and XJ8 did. This car was to be the turning point for the Jaguar brand which would produce the XF a year later, followed by the new XJ, the XE and the F-Type, cars which would not just compete with their rivals, but generally outclass them.

The XK’s second string to its bow after its looks was its chassis. Jaguar implemented an all-aluminium monocoque meaning the new car weighed 140kg less than the old XK8 it replaced. This made the new car feel agile, the original car had a modestly powerful engine, a 4.2ltr V8 which produced 300bhp, 310lb-ft of torque, had a limited top speed of 155mph and could do 0-60 in 5.4 seconds. Some reviewers at the time pointed this out as the only weakness of the £60,000 base model as the car was significantly less powerful than the equivalent BMW 6-Series, but Jaguar were soon to put that right. 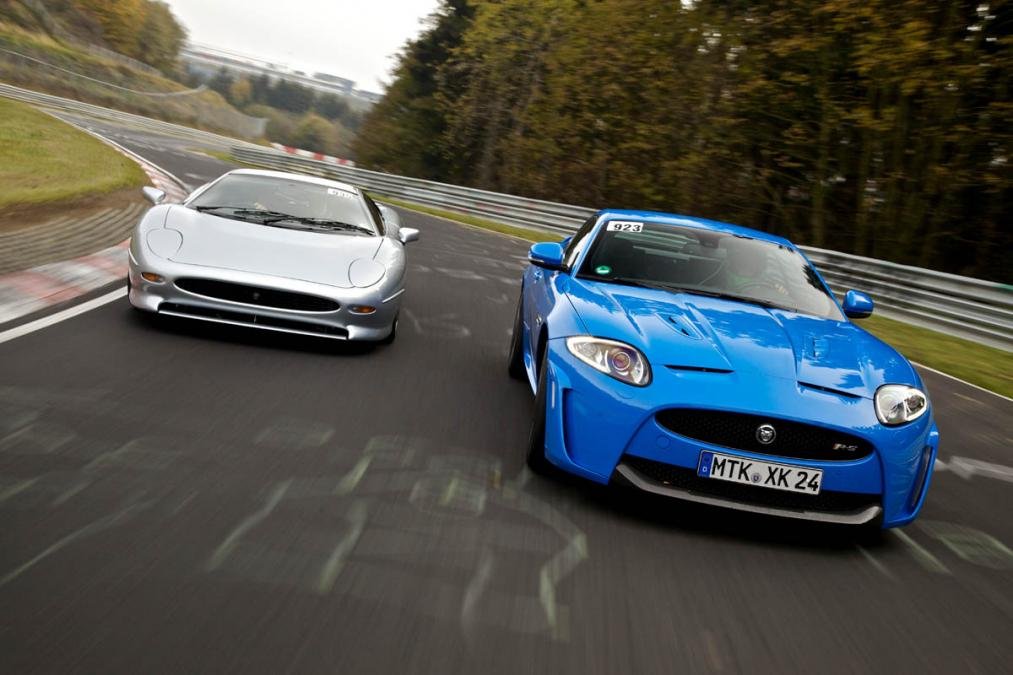 The 420bhp supercharged version came out later that year and lowered the 0-60 time to just 4.9 seconds. Through the rest of the XK’s lifetime more and more powerful versions would continue to emerge until the final form of the car, the XKR-S was released in 2011. This version of the car had a 5.0ltr engine producing 542bhp, 502lb-ft of torque, it did 0-60 in 4 seconds and had a limited top speed of 186mph, although it could easily break the 200mph barrier when the limiter was taken off. This version of the car was comparable in pace to the XJ220 itself and, unlike its hallowed forefather, the XKR-S only cost a teeny-tiny £100,000, a quarter of the price of the 90s supercar.

The XK won awards from Top Gear’s “GT Car of the Year” as well as the overall “Car of the Year” in 2006 as well as other awards and plaudits across the board. The XK showed what Jaguar could do when they were unleashed and allowed to build the cars they wanted rather than those which their parent company’s board of directors wanted them to. With the XK’s success and the soon to follow XF saloon, which was equally applauded, Jaguar put themselves in a good position for their new buyer, Tata, to purchase the company and then let them get on with their own strategy. Jaguar proved they were competent enough to make cars which were as good as or better than their rivals, able to sell in very competitive markets, and be profitable at the same time. 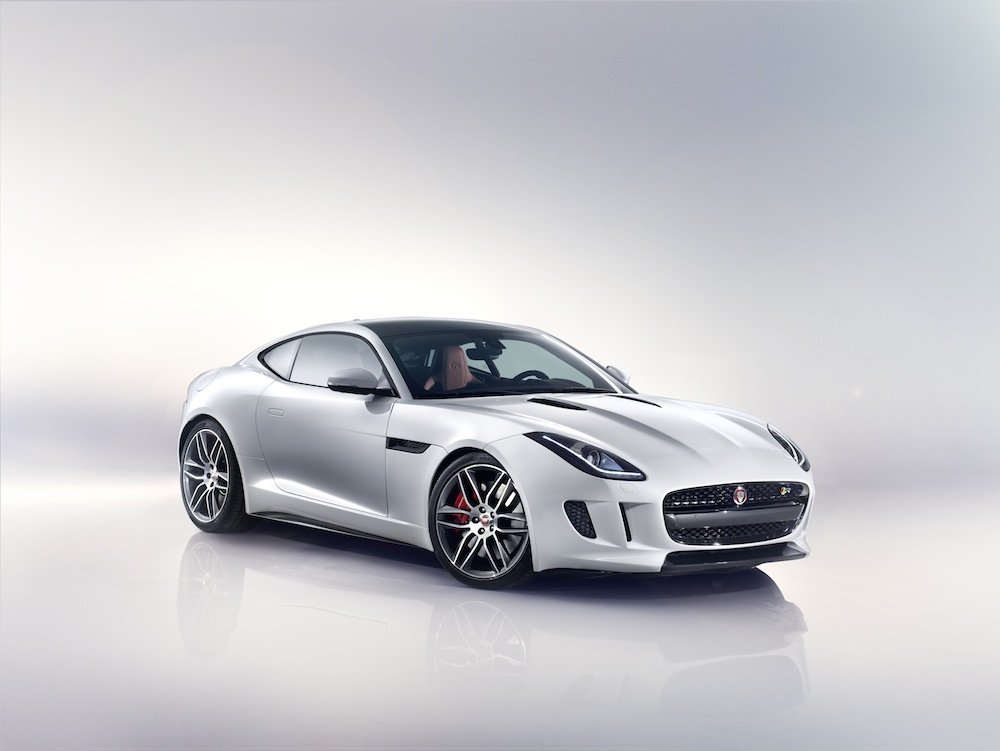 Today, Jaguar are a mainstay on the roads as all their cars have been 4 or 5 star hits with reviewers and buyers alike. In the last few years they have branched out, following the market trends with the E and F-Pace (which I hate as they're SUVs but the public love them for some reason), their Formula E car and the electric, Tesla rivalling, I-Pace. Jaguar are a leader across the board and it all relates back to the XK. Without it, Jaguar could have disappeared from the roads forever. They could have been struck off by Ford altogether if no buyer came along or they could have been like so many General Motors brands from Saab, to Pontiac to Hummer which were either sold and failed or discontinued just because they didn’t make money.

The XK was beautiful, modern, agile, powerful, comfortable, safe and good value. It was a perfect GT sports car. The XK was finally discontinued in 2014 barring some final special editions in 2015-16 and was replaced by the F-Type (above), a car which uses a shortened version of the XK’s chassis as well as the same philosophies and practices to again be the best example of both a Jaguar and what that should mean in the modern age. The XK will be remembered as a great, a turning point, a milestone... 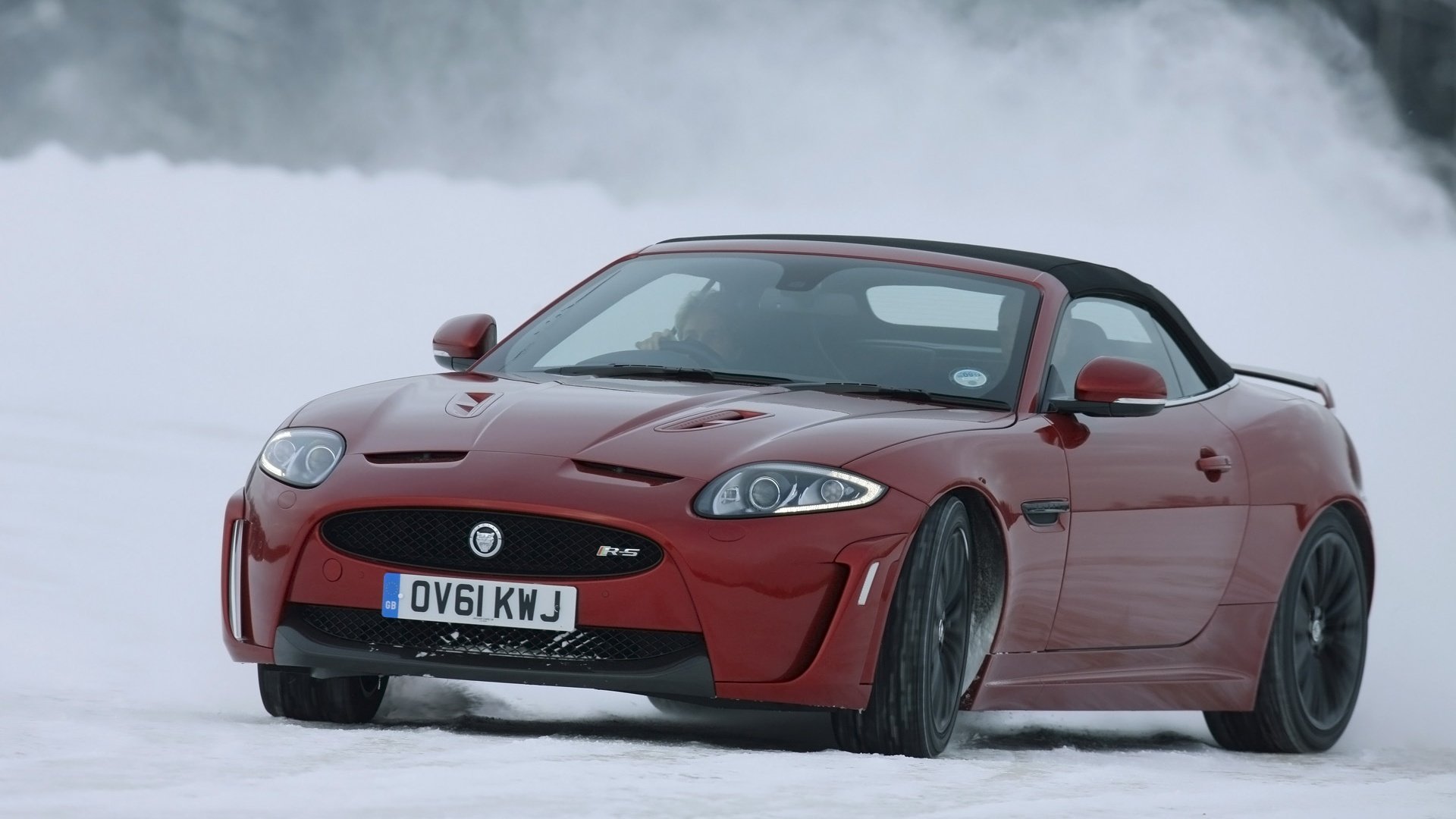