The Tesla Model 3 could be the most revolutionary car of a generation, but will the company behind it survive its own crusade? Today Stelvio Automotive takes a look at the electric car for the masses and surveys the mountainous paths that lay between it and success. 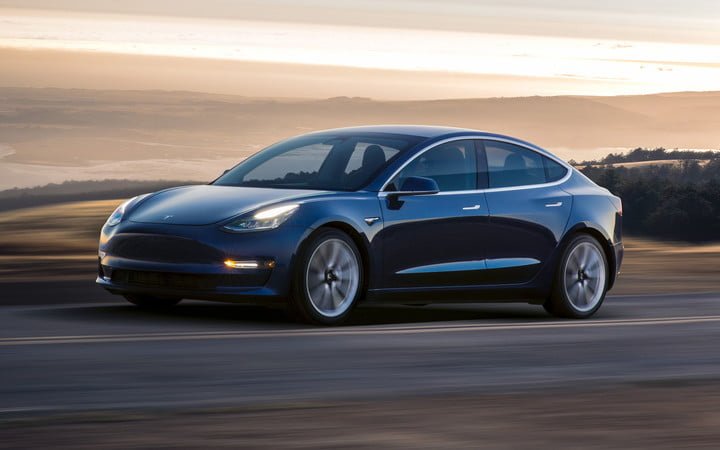 Business is ruthless. It’s run and owned by the winners of boardroom massacres and stock market wars that in some cases have raged for over a century. If there’s one way to bankrupt a small company trying to make it big, it’s to try and muscle in on their turf.

So in steps Elon Musk. Born in South Africa and a California resident, he has a reported net worth of over $18 Billion and is best know as the CEO, co-founder and more importantly, the face of Tesla; debatably, the only World-Famous electric car company. 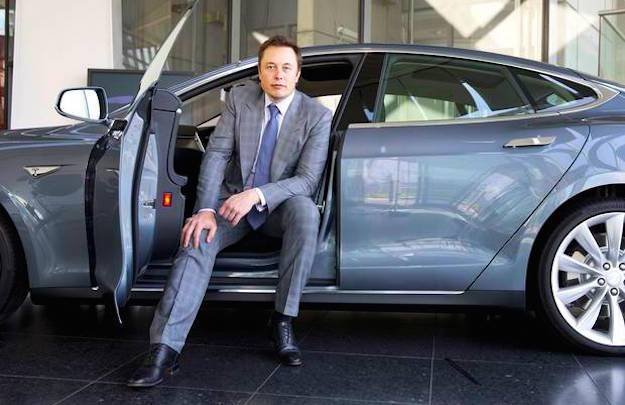 Founded in 2003, Tesla had a vision of producing electric cars for the masses. Zero emissions from the exhaust, billions of dollars of potential profit. Tesla understood early on that the electric car revolution would one day come and they believed they could be the ones to make their names from it.

In 2005 they began development on their first car, the Roadster (below), which launched in 2008. So far, so normal. Many car companies throughout the 20th century began in the prestige car market, Ferrari, Porsche, Aston Martin, Lotus... Lamborghini didn’t, they made tractors but nobody has ever said they’re normal. 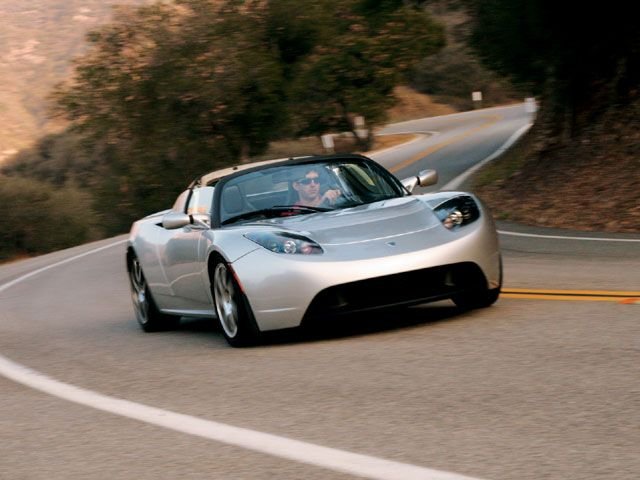 Since then Tesla underwent an incredible R&D effort. In 2012 they discontinued the Roadster (the new one, by the way, is due in 2020 and on paper looks incredible) and released the Model S (below). The Model S is a premium 4 door saloon akin to a BMW, Mercedes or Audi. I’ve had the opportunity to sit in one twice and it’s clear that Tesla have focussed on quality and simplicity in their design. The car looks and feels immaculately minimalist.

The Model S is very much where the new Model 3 comes into the picture. Tesla’s business plan was simple. Get onto the scene, develop, make a name for themselves, develop, get their PR and the media on side, develop, push their limits, develop, then begin the revolution. 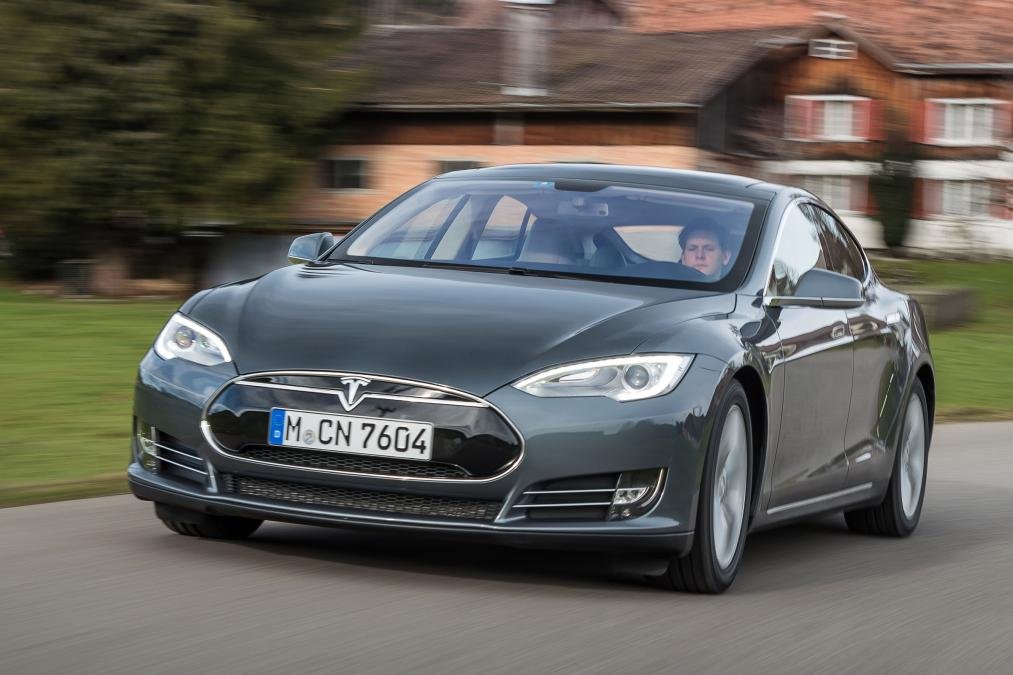 The Model 3 was announced in America about 2 years ago. Nobody in the general public had seen the car, yet Tesla still received over thirty thousand pre orders in a week of that announcement and at least half a million pre-orders by the end of last year. If you consider Tesla have only made just over a quarter of a million cars since 2015, this shows two things:

One, Tesla have absolutely nailed their branding and their public image. They have the public on-side and have also convinced them that an electric car is plausible at the right price. The Model 3 has a starting price of $35,000 and those pre-orderers had to lay down $1,000 there and then. It’s a lot of money, but it’s low enough for people to be sold on. 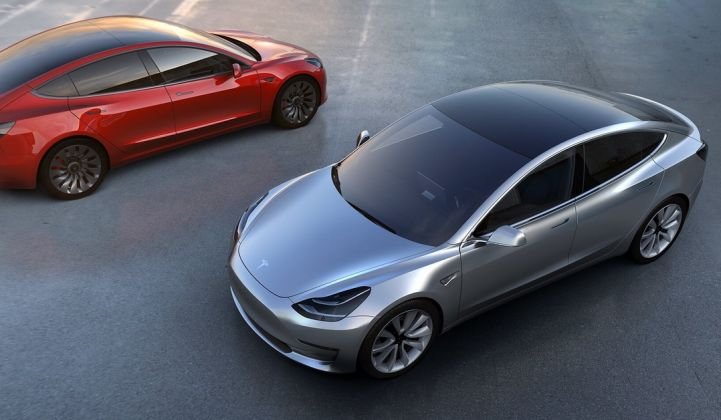 Two, Tesla are going to have some big fights on their hands. Soon. You can bet whatever money you have that the established car brands like Ford, Nissan, GM and others which hold significant US and Global market share would have noticed the scale of pre-orders for the Model 3.

Half a million pre-orders is not a laughing matter. For Tesla it will ask serious questions of their production line and its ability to be flexible in stoppages and problems. If it all goes awry and Tesla start missing targets and not delivering on customers orders they will begin to lose good will and faith from their investors. If that occurs the big manufacturers will swoop in for the kill and do whatever they can to constrict Tesla out of existence. 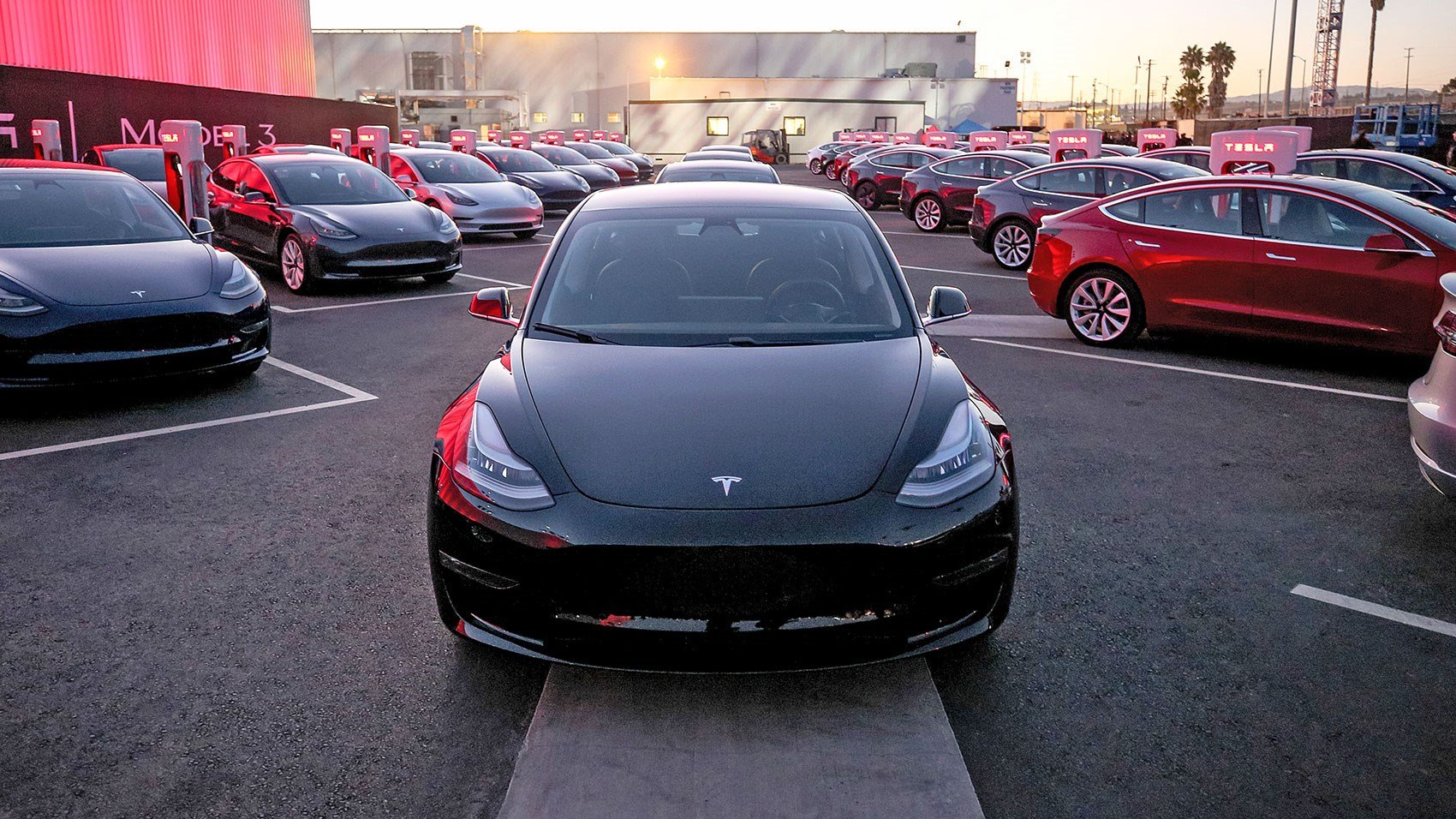 That’s where Tesla’s biggest fear comes from. The stock market. Tesla are a listed company and in this last month leading up to their quarterly production figures Tesla’s stock price was hugely volatile. The media was filled with stories and rumours that Tesla were going to be considerably short of their Model 3 production target and their share price dropped 30% in the process.

Tesla then hit the target producing 8,180 examples and the share price has climbed since but it was a key example of how the company is at the mercy of outside factors they cannot control. 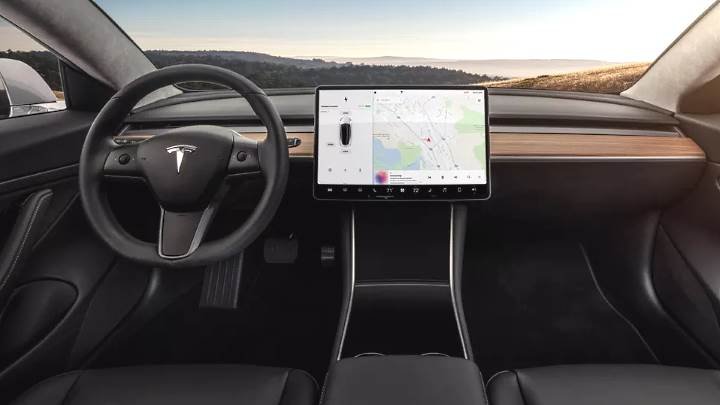 The Model 3 in itself is in many regards like a smaller version of the Model S. It’s a small saloon, or a sedan if you’re American, it has a similar body, similar face, similar design philosophy throughout the car. Inside it has Tesla’s trademark big touchscreen hub which controls almost everything the car can do. Some say it controls too much, but Tesla have already said they will be moving and improving some features such as cruise control and the User Interface to accommodate these concerns.

That’s one of the key USPs with a Tesla; it receives software updates which can physically change the car and how it works. The Model S and X (Tesla’s SUV) both have this feature and it brings constant improvements, security updates, performance tweaks and more to each car. This adds to the user experience and makes the cars themselves more interesting and engaging for the driver to own. 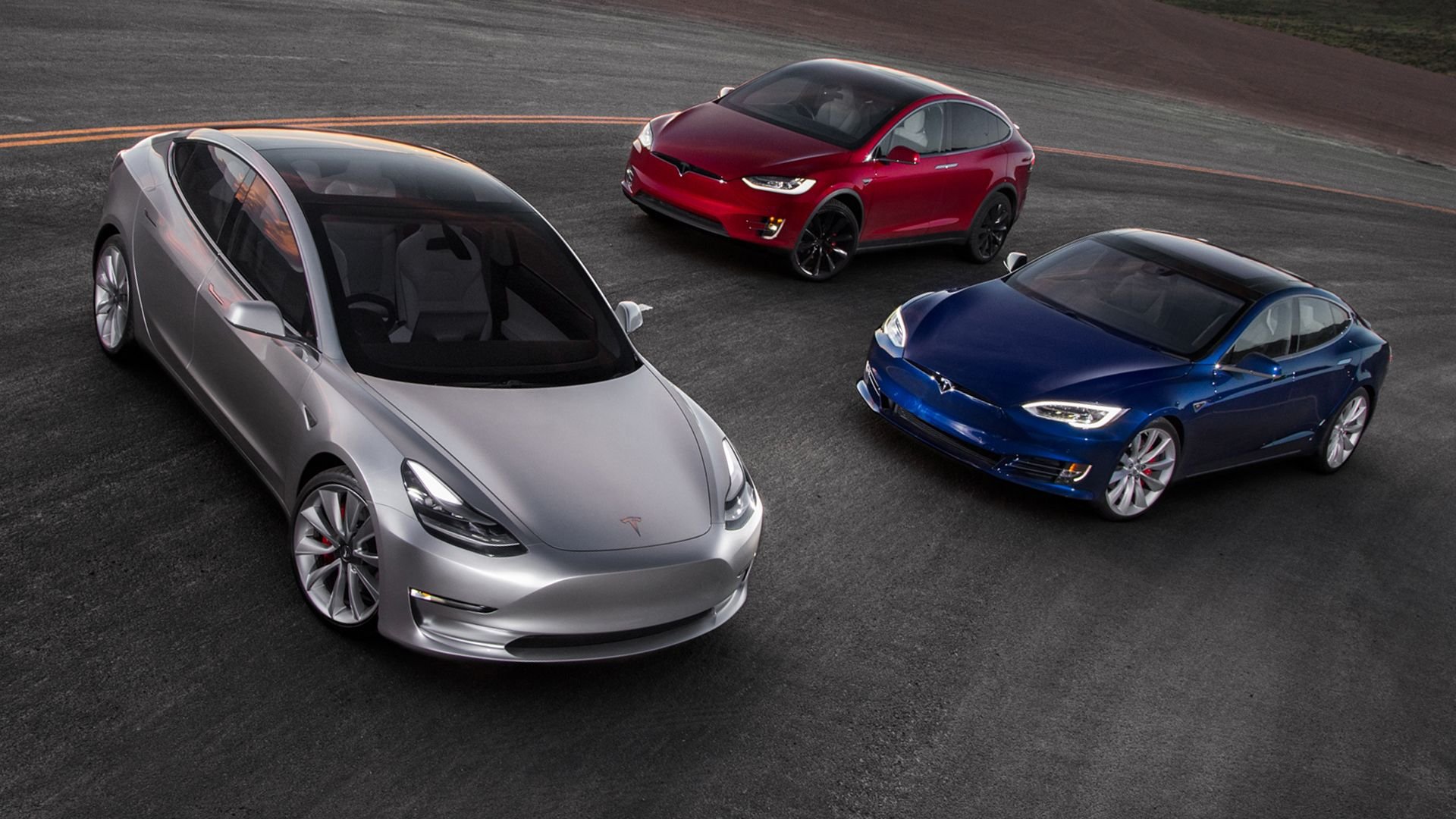 Not that Teslas need these kind of trinkets. To drive, the Model 3 is fast. The car’s electric motor produces 258bhp and allows 0 to 60 to take only 5.6 seconds for the standard car. That’s faster than all but the hottest petrol saloon cars. The Model 3 will beat almost anything at its price range off the line.

The handling is pretty good as well. Tesla have improved the battery mass and location since their first efforts and all reviews I’ve seen have rated the Model 3 well for it’s driving dynamics. Nobody has said it’s the best car they’ve ever driven but nonetheless, again, for the target audience and price point the Model 3 is aiming for that’s not what you should expect. 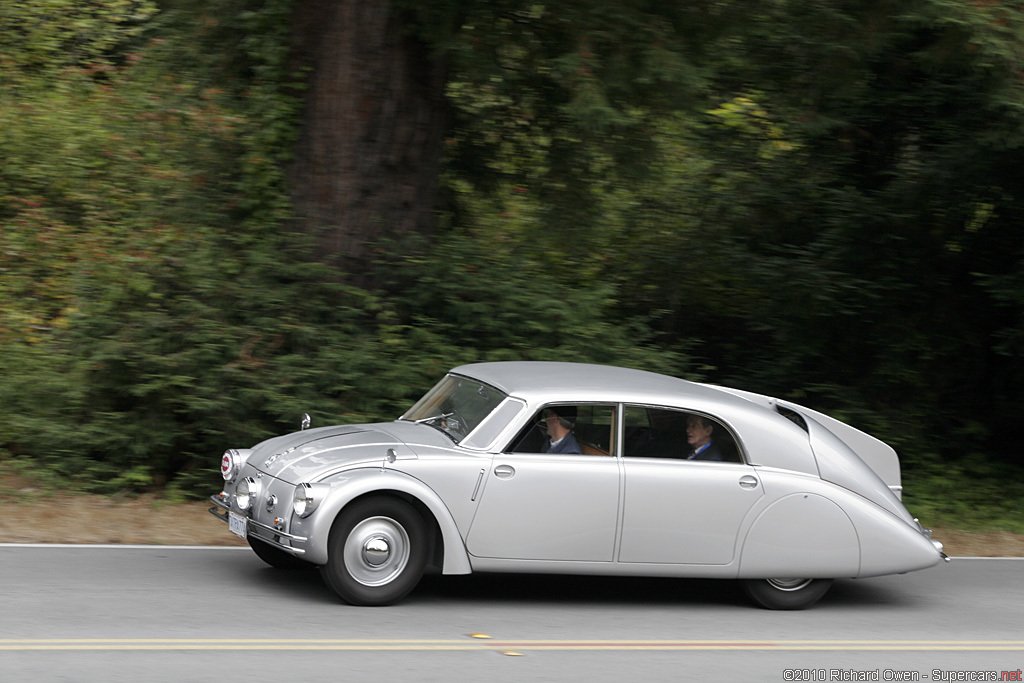 The Model 3 will have a range of 220 miles in standard form and 310 miles with the battery upgrade. It has a drag coefficient of 0.23, a very low figure. For reference a Nissan 370Z has a score of 0.30, a Ferrari F430 has a score of 0.34, however a Tatra T77A from 1934 (above) does beat it with a value of 0.212 (according to Wikipedia). The Model 3 overall is just an impressive car in the vast majority of areas I read about and where it isn’t perfect, the company are already making improvements and actively trying to be better in the future.

Tesla have the opportunity to crack into the mainstream with the Model 3. They have the capital, they have the brand awareness and they have the product to back up the chat. But they haven’t yet reached the promised land. Until Tesla are at a point where their manufacturing capability is proven and fully trusted by its investors and customers they will still be in a precarious position. Until then it could only take a few bad news stories or problems to ruin all they have tried to achieve. 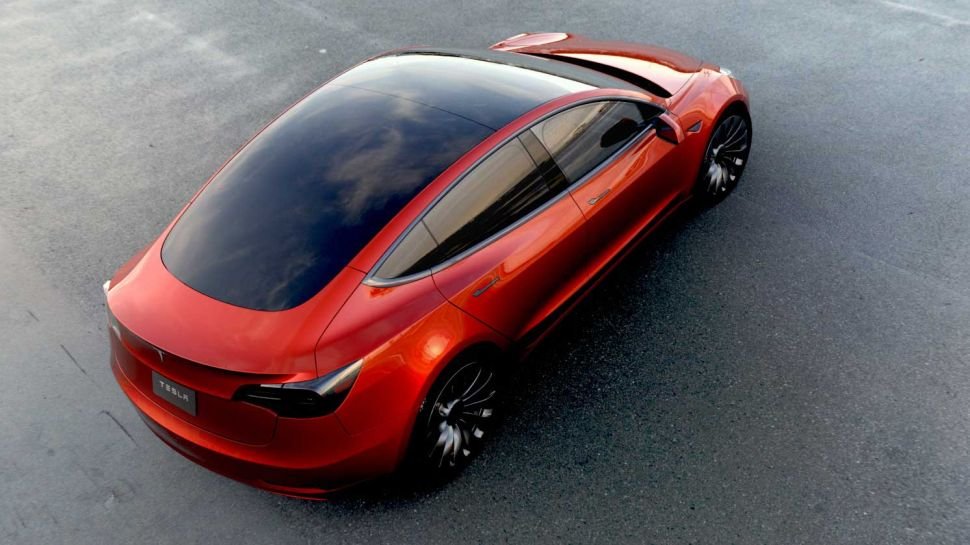 But, if they push on, meet the orders and continue to grow they will become a true force in the industry. They are the only electric car manufacturer that most people can name and this monopoly of word of mouth  will force the hand of all the major car manufacturers to react and get serious about their “Alternative” fuel vehicles as the sector grows around them.

The Model 3 deserves credit for living up to its biggest challenge, that of living up to people's expectations. If the world is ready for it, it may genuinely be a car that could change the world for the better. 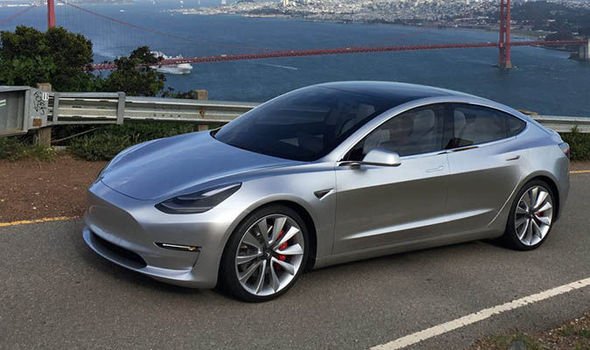