During the mid 2000s, Toyota were the big, boring car company. They no sports cars, minimal racing involvement and board engineers who eventually had to vent their frustration. Today Stelvio Automotive takes a look back at the baby-sized axe murderer, Toyota's flash of madness, the 200bhp Aygo Crazy. 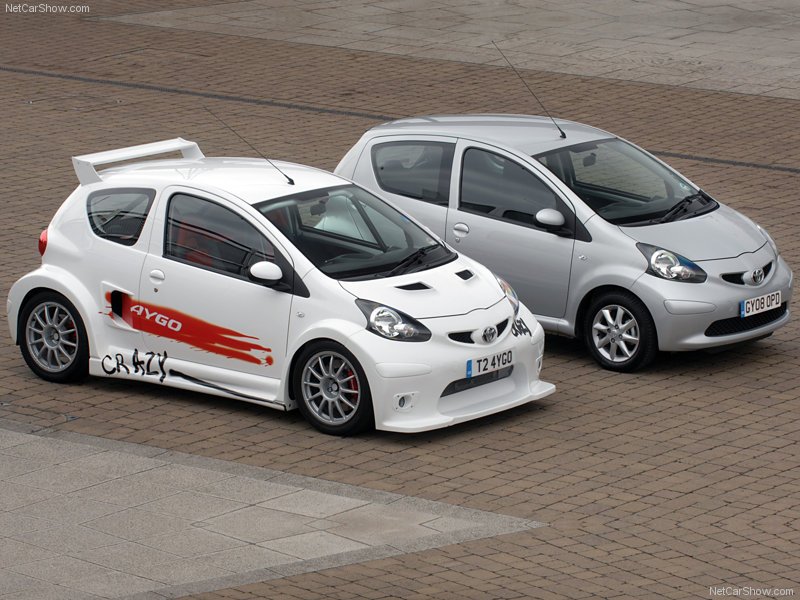 The Toyota Aygo was launched in 2005. It replaced the Yaris as the smallest Toyota car on sale in Europe and was a huge hit for the company selling hundreds of thousands of cars in a joint venture with Peugeot and Citroën. It had a 60bhp, 1.0ltr engine with 3 tiny cylinders strumming the car along to a class leading 60mpg and could drive the hatchback to a top speed of 98mph. It was built for the masses and it worked perfectly as a cheap, practical car to use every day.

Even despite its very, very, very slow pace, the Aygo was still a fun-ish car to drive. It barely weighed anything so you could chuck it about and grip the steering wheel for dear life as the body roll threw you the other way. Even Top Gear showed off the car as a fantastic vehicle for football. But even so, through its entire first-gen life cycle, it remained staunchly focussed on its mission of being a tool for the people.

Then came 2008. By then the fastest car Toyota made for consumers was the taxi drivers' favourite, the Toyota Avensis diesel. They had no Supra, no Celica and no MR2, their F1 team was being threatened with closure, leading to Toyota being seen as a brand which was incredibly reliable and dependable, but also incredibly dull. Nobody saw Toyota as an exciting brand and this resulted in the organisation having to do something to liven up its image, this lead to the Aygo Crazy. 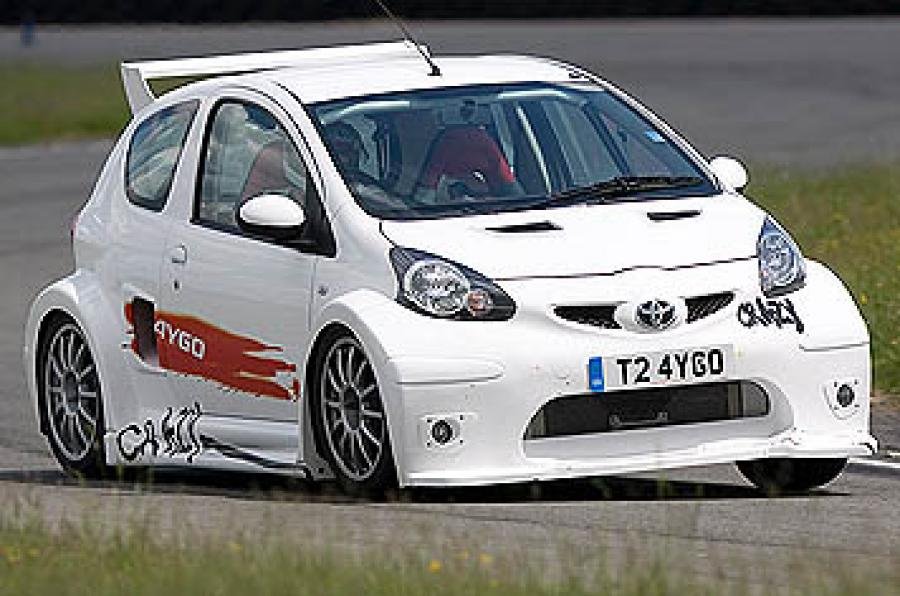 FIRST AND FOREMOST – The Toyota Aygo Crazy was fitted with the greatest engine ever. A 1.8ltr VVT-I unit from the final generations of the Toyota Celica and MR2. Toyota then fitted a turbo charger to the block and stuck it right in the middle of the tiny Aygo making a 200bhp, mid-engined pint sized terror. The Crazy had a top speed of 127mph, only limited by the 5-speed gearbox and the added downforce causing drag at maximum velocity.

It weighed in at just over a tonne so it meant the car was still incredibly agile. Where the stock model took around 15 seconds to do the 0-60 sprint, the Aygo Crazy achieved the feat in less than 6 seconds. Toyota's engineers fitted the Aygo with a quicker, heavier steering rack to improve feel between the tyres and the road, made it rear wheel drive, added big Brembo brakes, racing exhausts, a roll cage, a big rear spoiler and a body kit, but in turn they took out all the driver comforts including the ABS, power steering, air bags and even the air conditioning. 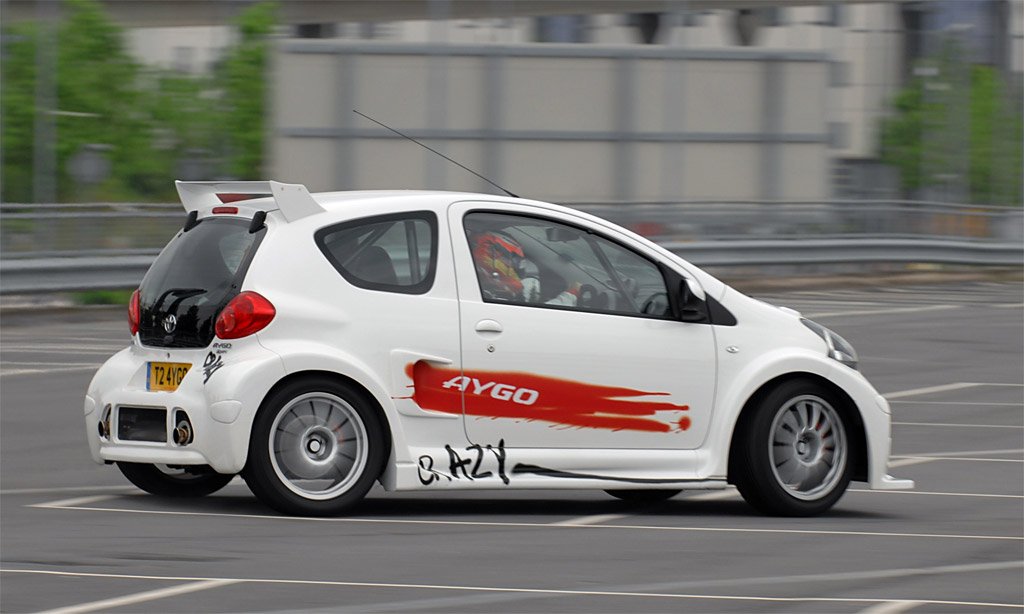 This meant the Crazy was basically a tiny toy race car for those looking for a raw feeling car where the driver was the only thing stopping the car from crashing into a tree, and not for those simply going to the shops to get their loaf of bread and box of eggs each week (although that said, because Toyota filled the back of the car with an engine, turbo and roll cage, that's about all you could have fit into the Crazy if you tried).

The Crazy was one of the last of the ultra-hot hatches which wholly focussed on performance at the expense of all the other qualities of a car. It followed cars like the Renault Clio V6 and the homologation specials that dated back all the way to the Group B rallying era. Sure, today we have very fast, tiny, hot hatches like the Fiat Abarth, Ford Fiesta ST or VW Polo GTI which are more comfortable, faster in a straight line, and more than likely quicker in the bends too, but all of them are relatively tame compared to the Aygo. None of these cars are mid-engined, none have a turbo charged 1.8ltr VVT-I unit from a Toyota Celica, none of them say 'CRAZY' in big letters all over the car! 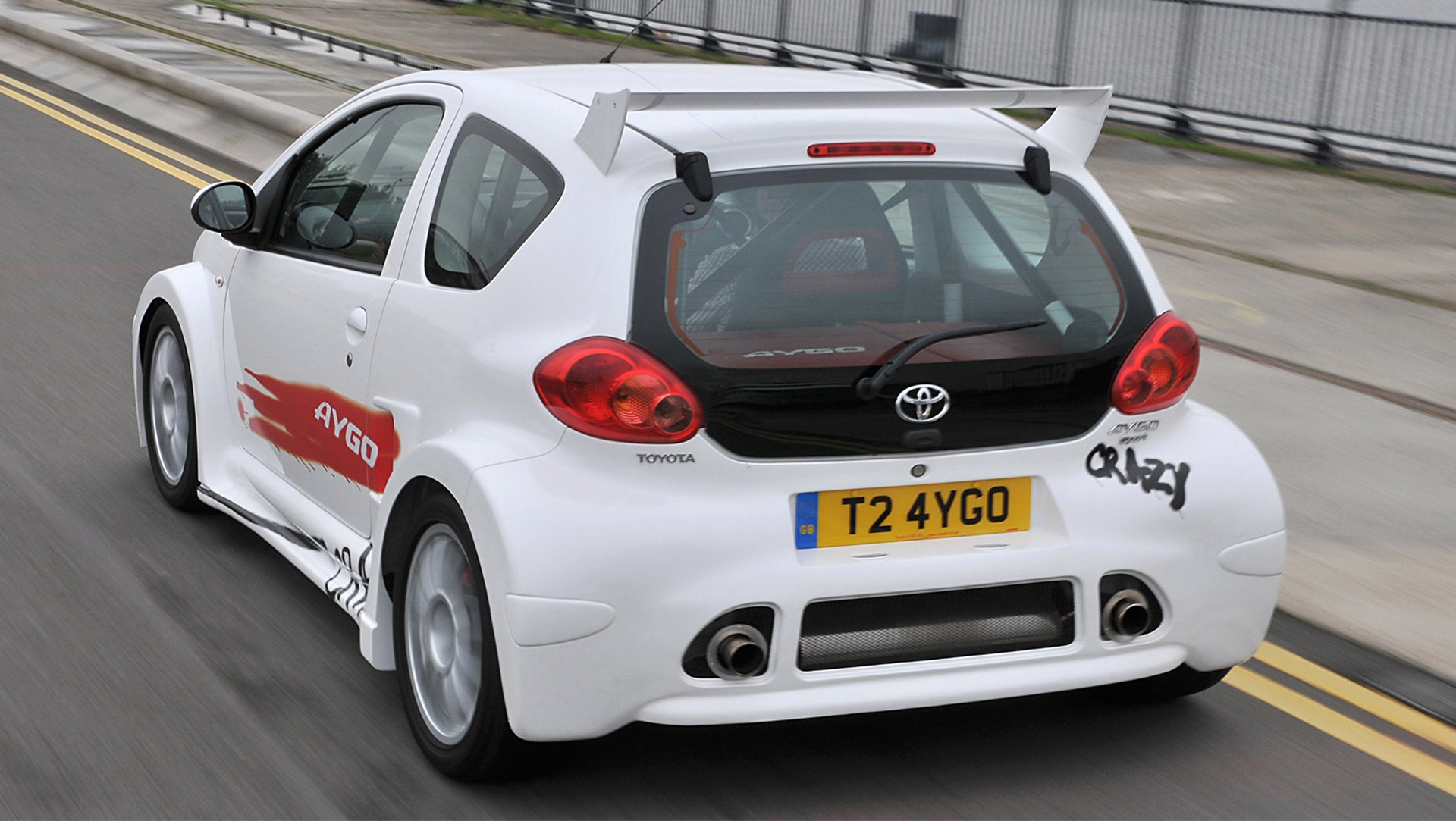 However, at least those cars actually made it to mass production...

The Aygo Crazy turned out to only be a £100,000 technical exercise for Toyota to show off and see what their engineers could do if they were just let slightly off the leash. Fortunately, this has resulted in cars down the line such as the GT-86 and the upcoming Supra, along with hotter models of Toyota's Yaris and Auris as the company has broadened its horizons from the grey boxes it was building 10 years ago.

The Crazy was nothing short of a cool car. If it had made it to production it would probably have had to be softened for actual roads, the bumper would have probably been raised, the sound proofing would probably need to be increased, and I highly doubt it would have met emissions or safety regulations in its concept form. But this car being a one-off made it special and I'm glad the little Aygo had its day of freedom, it just showed we're all a little crazy at heart. 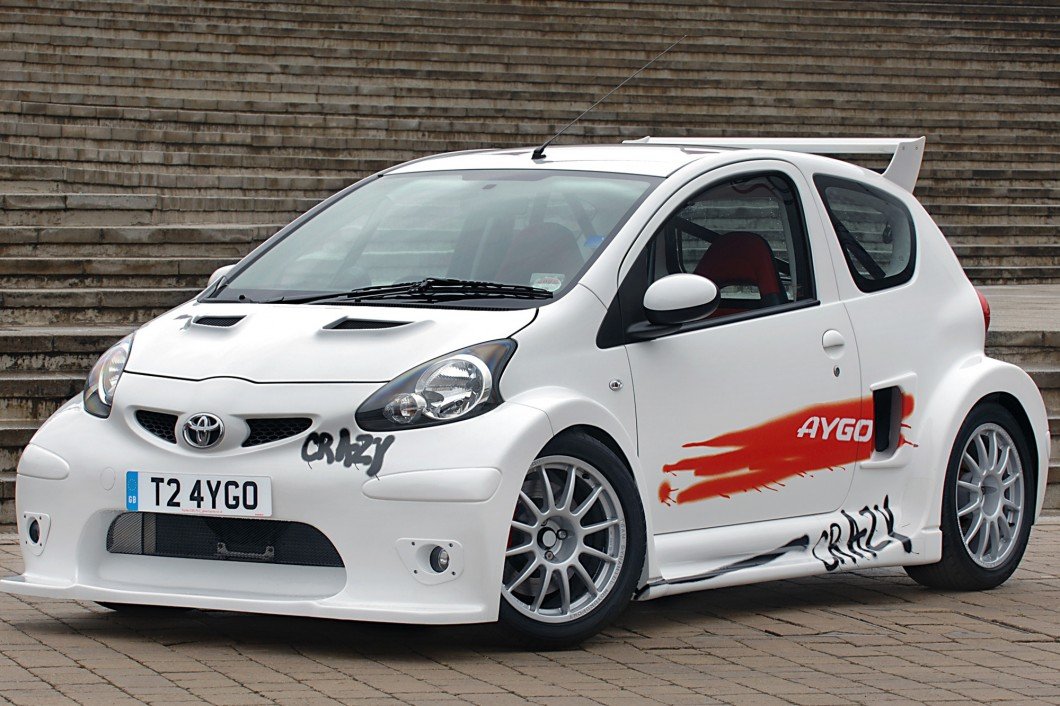