So, 17 months and 28 days after we set off, Stelvio Automotive has reached a milestone, the 50th Article. So, what better reason to finally start the series you’ve all been waiting for: Me, reviewing my own cars. Hope you’re ready! Vol.1 is the review of the mighty Peugeot 106. 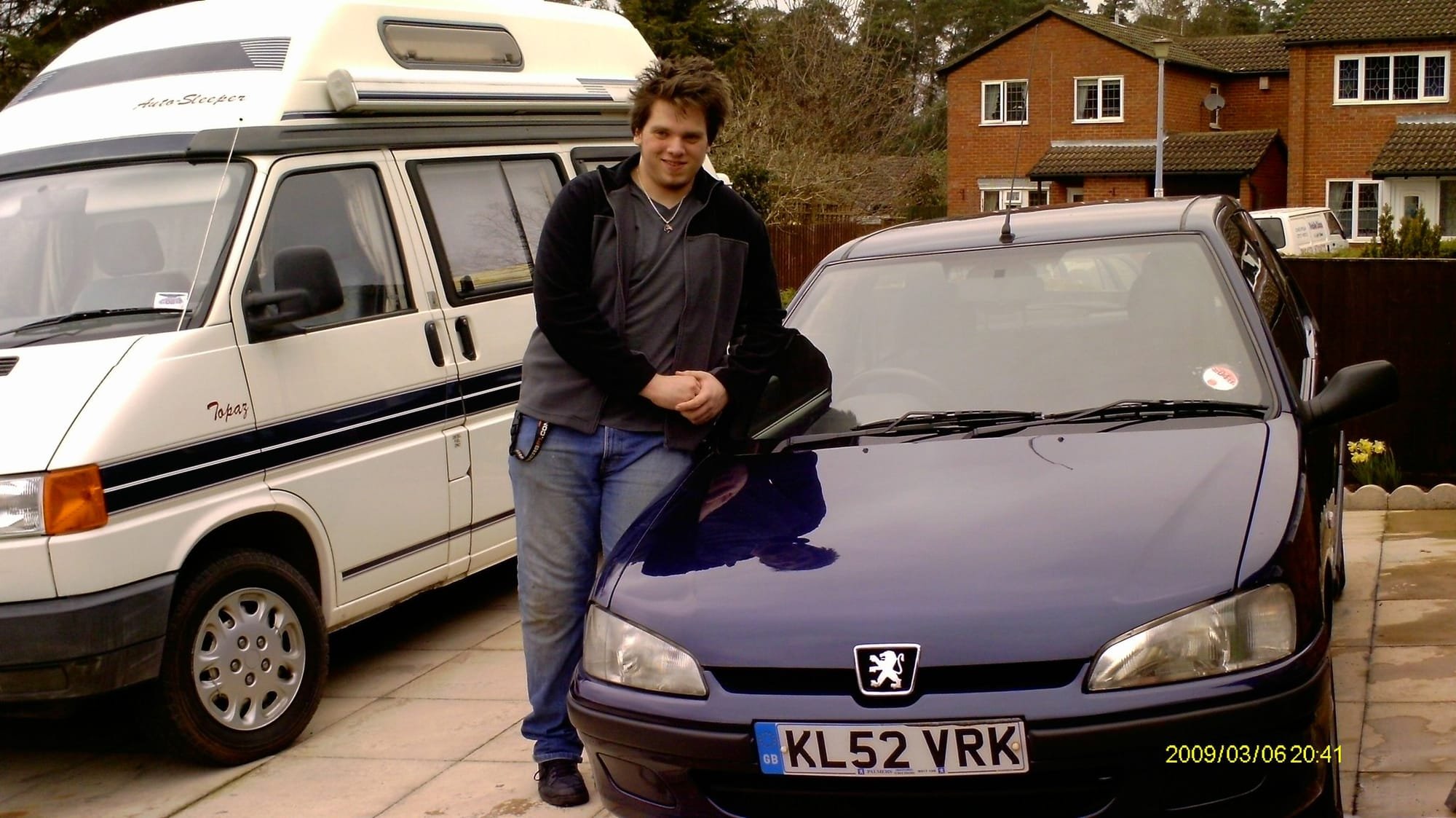 I know where I was. I was waking up round my Grandparent’s house. I was round there because the day before I had just bought my first car but had to wait till the next day before my insurance kicked in and I could finally enjoy the freedom I had earnt. Outside that guest bedroom was a “Bleu Mauritius” (metallic dark blue) 2002 Peugeot 106 Zest2 whom I was to call, Alexis (say it in a French accent and put the surname of Peugeot on the end and it sounds alright).

What’s so special about being a Zest2 over other 106s I hear you ask, well, let me tell you. I never truly was able to find out. All I ever noticed was my 106 had coloured bumpers, blue dials and blue and black chequered seats which were very, very comfortable (for a tiny cheap hatchback) which I never saw in any other 106 variants. 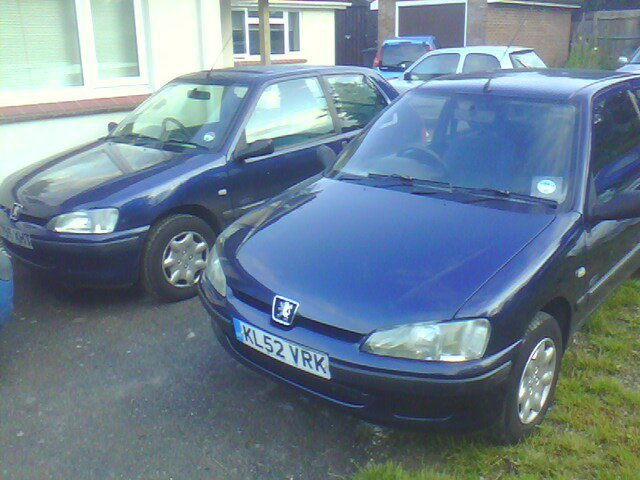 But wait - it’s gets better! My 106 was one of the last to come off the 12 year long production line. This car had two airbags, disc AND drum brakes and way more horsepower than should frankly have been allowed in a first car: 60. It was so hardcore it didn’t even have ABS! The Peugeot 106’s official top speed and 0 to 60 times are 101mph and 14.4 seconds. Those figures may have turned out to be conservative when compared to the real world.

That 60 horsepower was even more unwieldy as the 106 was front wheel drive, fitted with a 5-speed manual gearbox and no traction control. Peugeot were so focussed on speed with the 106 they even fitted a steering system that had almost F1–like steering lock meaning 3-point turns were only achievable by pros (like me).

So, there 18 year old Sean was. Getting into a machine he clearly had not had been prepared for. His grandparents waved him off on his first journey on his own and (somehow) he didn’t stall getting off the driveway and down to the T-junction. Terrified of the monstrous power under his right foot, he navigated his way through the quiet weekend streets and towards the more open countryside where he could acclimatise to the daunting situation he was in. 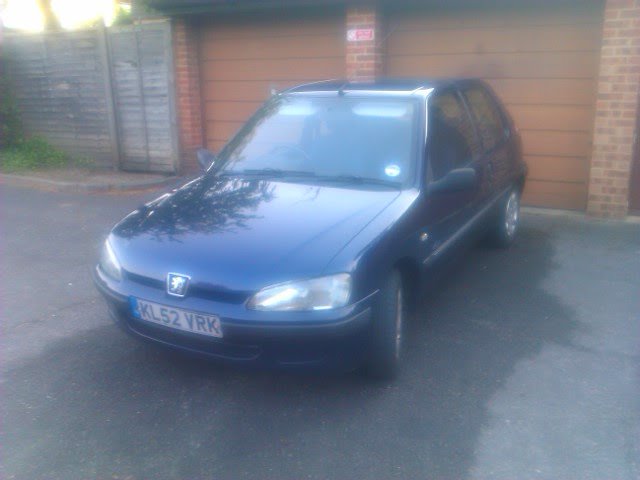 Over the next hour, doing laps of testing, young-Sean finally began to get to grips with the 106. There was a stall, or 3, one trying to do a U-turn where the racing steering rack caught him out, but eventually he felt confident. Sean went to his mate Shaun’s house and took him on a lap of the course, that course, almost like an alpine stage due to the savage powerband of the 106 trying to put all 60 of its horsepower through the tortured Goodyear tyres.

A brake test half way through showed the amazing stopping power the 106 possessed, another cue of its racing pedigree, as it locked its left front wheel like a Toro Rosso heading down to turn one on the first lap at Interlagos.

A couple of months later and the full power of the 106 would be unleashed as it went through an oil change and had its filters replaced. Luckily by then its driver had developed a masterful driving style to cope and was able to survive for 4 years driving the basically de-tuned Le Mans car.

And they all lived happily ever after, the end. 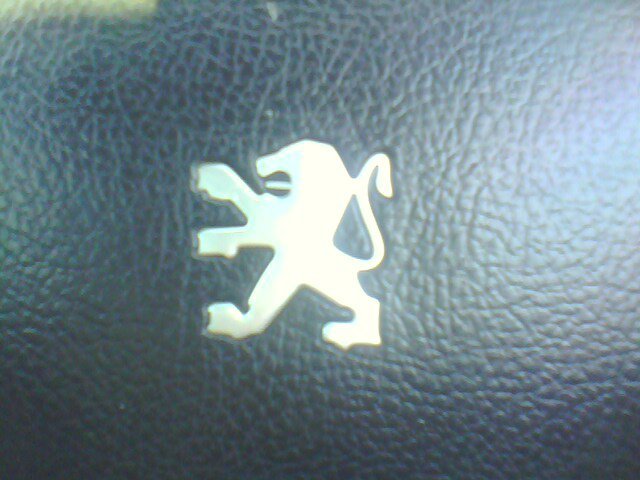 Believe it or not, the Peugeot 106, despite being a blue racing car with indicators, was not the fastest, best handling, safest, most well equipped, modern, comfortable, simplest, most ergonomic or even the coolest car in the world, or even car which I’ve ever owned.

It isn’t the worst at any of those traits by any means. But let’s go through a couple of minor issues it had.

Going back again to March 5th 2011. That day is remembered by me for 2 reasons, 1, getting to drive my first car, but 2. it’s also the day I came close to bankruptcy. 18 year old me decided to spend all bar £100 of his life savings on a car. This is not the car’s fault at all, but that of car insurance companies charging me and everyone else around that time up to £3,000 for third party, fire and theft insurance. They expected me to write off my Peugeot nearly 3 times in that first year.

I had known and been able to stomach this fact for a little while, but that karma was soon tested as 3 days into being a driver I walked up to my pride and joy, opened the door to get in and listen to some music, and the door fell off. Some stupid, French engineers at Peugeot had decided in their wisdom to insert the door hinge bolts from the bottom, so after 9 years and 84,000 miles, the bolt on my car had fallen out causing me to almost have a heart attack and an emotional breakdown. 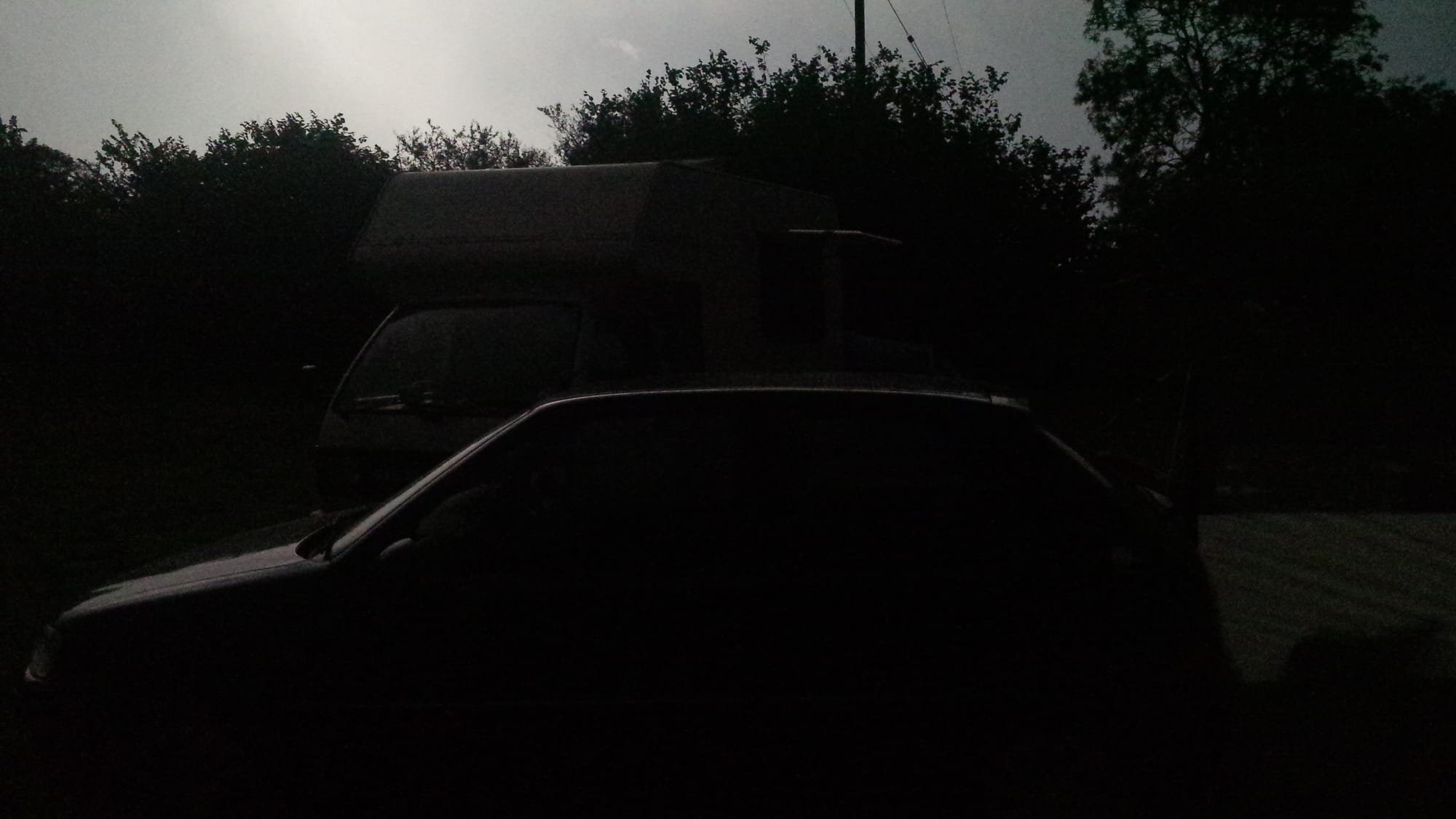 And that was not the only poor bit of build quality on the Peugeot 106. The horn was replaced on that day I started driving, over the next 4 years, 2 more horns would take its place. There was also an area on the passenger side of the car where the paint had revolted against the body and come away, luckily though only a Respol sticker was needed to put down that uprising. Wear and tear items like brakes and a clutch were fair game but the £350 I had to spend changing the rear axle due to a fault which caused the rear wheels to camber in which could have ruined the brand new tyres was a pure kick in the teeth.

To my 106’s credit though, it never broke down. The electricals (apart from the horn) were brilliant, the speakers were loud enough to almost cover the noise of an exhaust falling off (which happened once). Almost all the light bulbs never ever needed changing, (aside from the left rear brake cluster which for some reason always filled with water), the electric windows worked, meaning everything electric worked!  We're just not going to mention the wing mirrors I put on, just that I did wonder why there were some extra screws at the end of the installation...

BUT OH GOD THE 106 WAS A HORRIBLE CAR TO SERVICE! I have never since had a car which was such a pig to work on as my 106. Oil and fluid changes, put aside a day, filters, good luck, brake bleeding, just buy a new calliper, it’ll be easier. But the spark plugs... the spark plugs were just unacceptably hard to change. Peugeot decided to locate them at the back of the engine, at a c.30-degree angle, they then had sharp bits of metal and half the world’s oil reserves worth of plastic surrounding the ports meaning it. Took, Hours. Every... Single... Year. 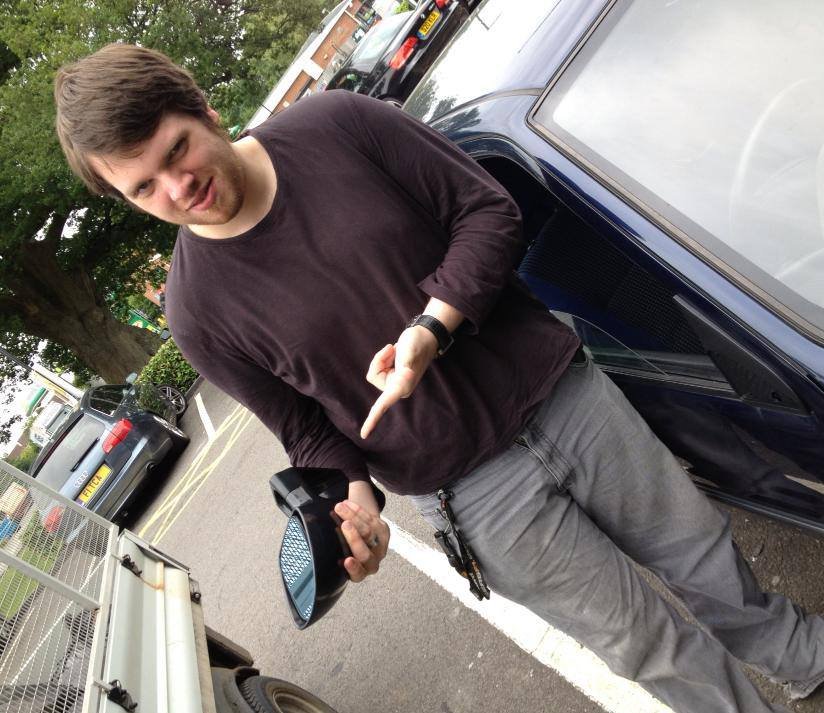 However, I wasn’t lying about the way it drove. The 106 Zest2 was a very good handling car, especially in the wet. It’s probably still the 2nd best car I’ve ever driven in full on, proper rain, only behind my Celica (coming up in article 150). I honestly believed at the time that it actually handled better in the rain than it did in the dry. But in the fine, misty autumn rain, the 106 was a car I wished I wasn’t in. I never drove it in ice, but I can compare it only to those conditions. The lack of ABS would lock up the front wheels instantly and I very quickly had to learn cadence braking to stop me hitting whatever tree was coming up to my face. To this day I don’t know how I didn’t ever crash that car in those conditions and it’s ultimately why I eventually chose to sell it.

Overall though. My Peugeot 106 will always be my first car, and 99% of the time it was fantastic. Because it was so lightweight it really did make good use of the 60bhp it had, it was fun on any country road. Its little 4-cylinder engine sometimes sounded a bit rattily but it never missed a beat and was fast enough with enough toys to be enjoyable at all times. The seats were comfortable, it did 55mpg on Shell V-Power fuel, it was faster and better looking than any of its rivals, especially a silver Peugeot 206. I wouldn’t have chosen anything else as my first car and have no regrets of the time I had with it. 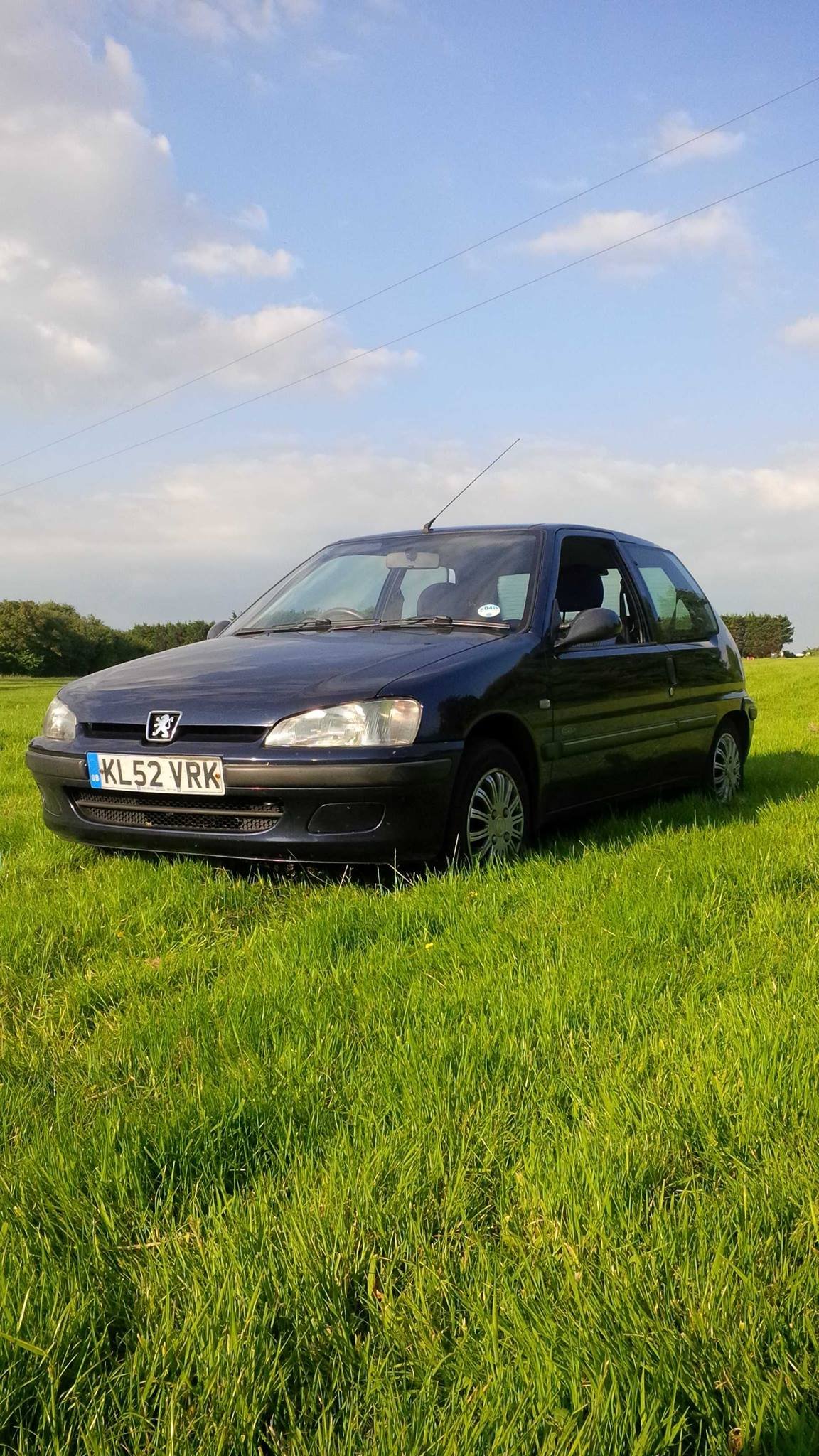