A Big Statement – Introducing the Lotus Evija, the World’s Most Powerful Production Car

Lotus have just changed what it means to be a hypercar, and it could change the World. Today Stelvio Automotive takes a look at not just the fastest, most powerful Lotus ever made, but something truly special in the history of motoring, the Evija. 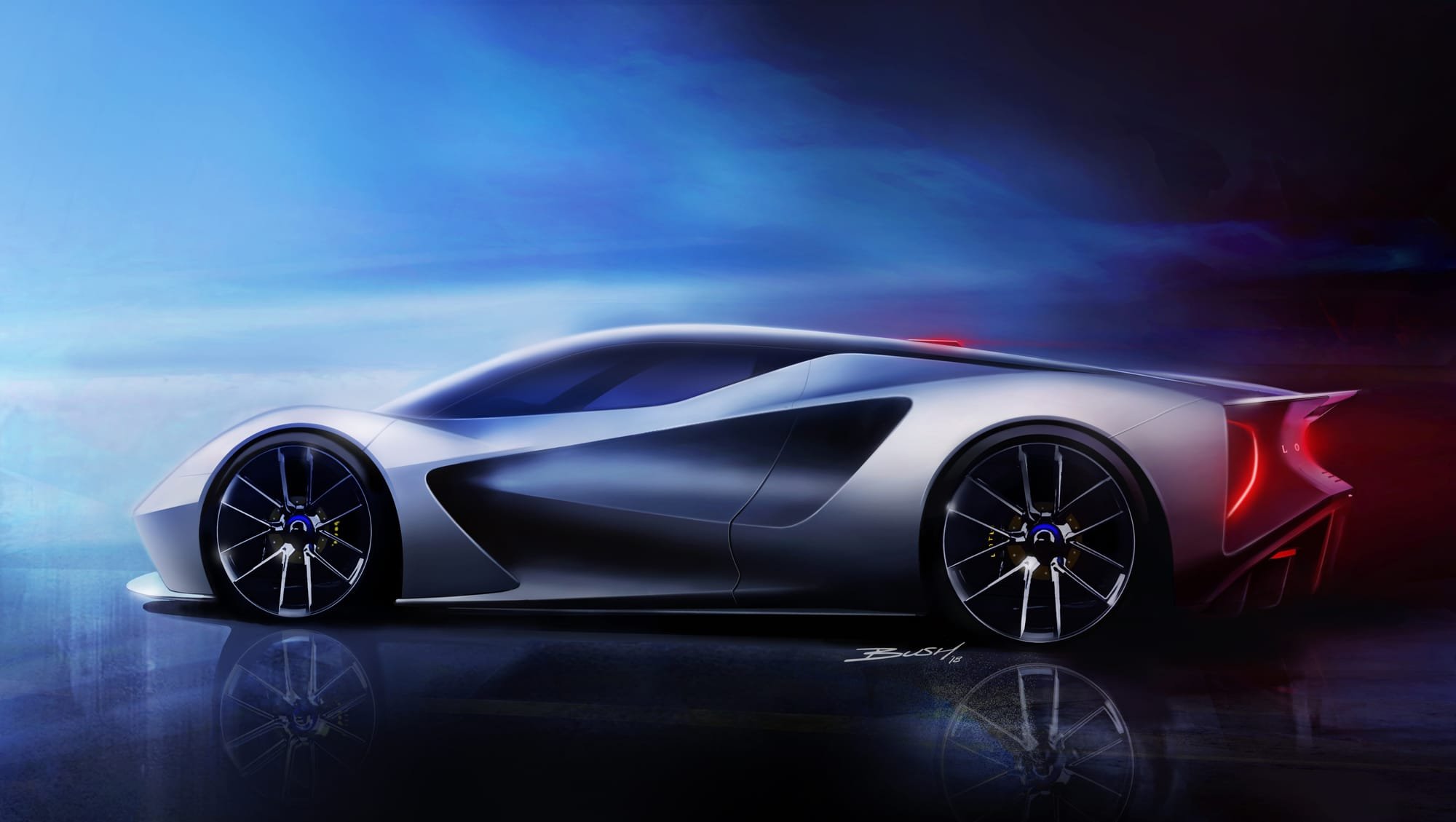 Last year, I wrote about the Lotus Evora GTE, the homologation special built so Lotus could enter and race at the WEC and the Le Mans 24hrs. That car set a new benchmark, back in 2011, as the most powerful Lotus car ever made, taking away a record long held by the old Lotus Esprit V8, at a huge 438bhp. Well, this week, Lotus have made something a little bit more powerful than that, in fact, quite a lot more powerful... The new car is called the Evija, only 130 of them will ever be produced, and it has 1,972bhp – 4 and a half times more than the Evora.

What might be a surprise to people is that the Evija, a car which is some 500bhp more powerful than a Bugatti Chiron, is electric. The car is powered by electric motors co-developed with Williams Advanced Engineering. Its opening statistic of 0-60 in 3 seconds might not sound that impressive for something which has more than twice the power of a Formula 1 car, but the subsequent stats do. It does something I have never seen before on a full-sized car, in that it has a completely linear acceleration curve, 120mph comes only three seconds later (6 seconds) and by the time my Toyota Celica is passing 60mph, the Evija will have clocked and passed 186mph in under 9 seconds. 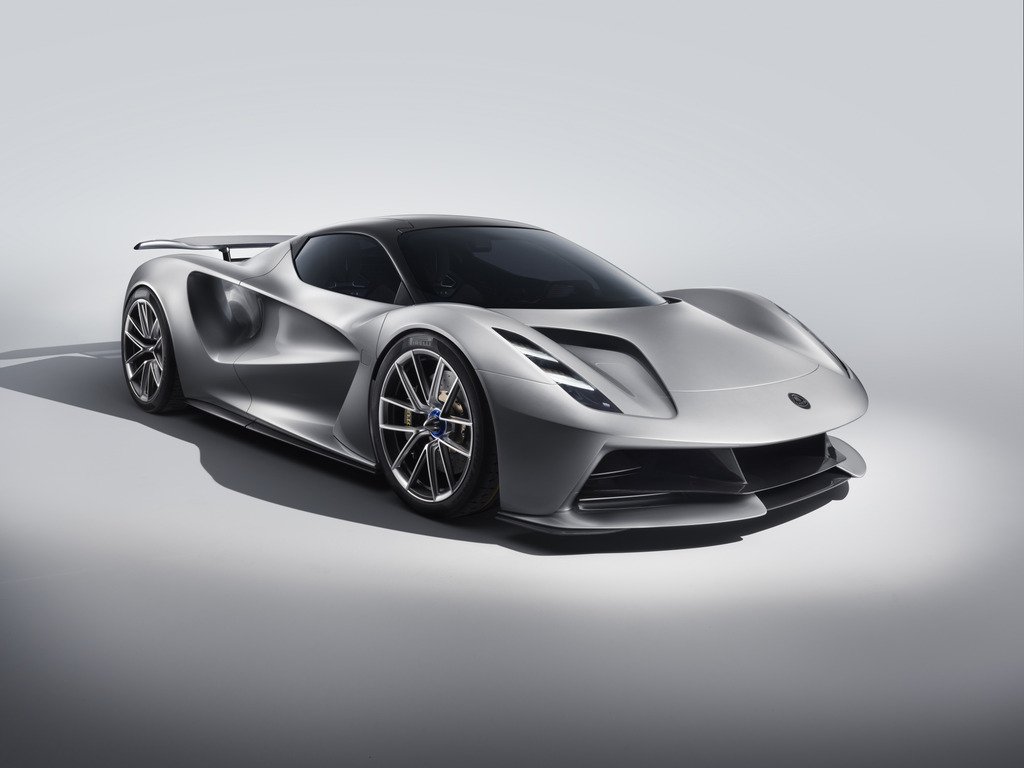 This, to me, is hard to envisage in real life. Sure, a top-fuel drag racer can do similar feats, but that car needs special everything to do it. It needs an engine rebuild after every run, it needs tyres which wouldn’t look small on a tractor and all kinds of body modifications to stop it taking to the skies. The Evija looks largely like a “normal“ car. It has a side profile not dissimilar to a Lamborghini, it has no enormous vents and holes, the interior isn’t even race-car levels of barren, it just looks like a hypercar. The fact this relatively unassuming shape is potentially the fastest, most powerful road car ever made, in the World, ever, is little less than incredible.

The Evija has been made possible due to a company I have referred to many times in the past, Geely, the Chinese company which owns Volvo, Lynk & Co and bought Proton and Lotus back in 2017. Their much-needed investment has seen Lotus stabilise their business and solidify their model range but, until now, had not seen any new road cars other than the 3-Eleven which I covered last year. This, the Evija, however is possibly the biggest statement Lotus and Geely could have made because, instead of a new Elise, Exige, Evora or a normal sports car which would be appreciated and more or less forgotten in a week as a ‘solid’ or ‘good competitor’ to something like a Porsche. The Evija, instead, does something game-changing. It single handily makes the internal combustion engine obsolete. 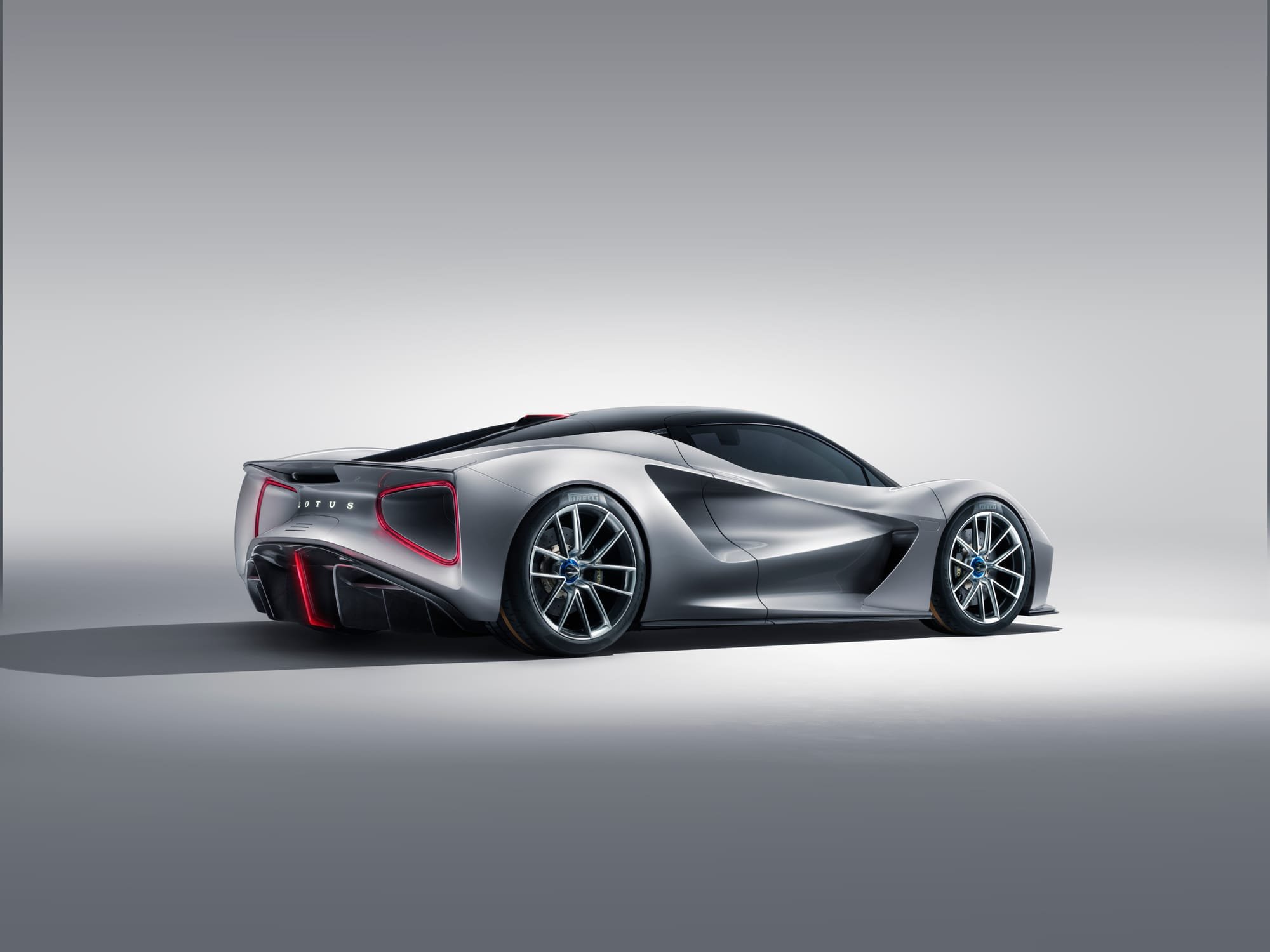 Electric cars have had a chequered past. Their development has been slow, they’re too expensive, they take up far too much recourse in the battery building and are then unreliable and sometimes unpredictable with their range. The Evija does not fix any of those issues but it does fix one, the dull image of electric cars and the thought that petrol will always be superior to an electric motor when it comes to performance. The upcoming Ferrari SF90 Stradale, the most powerful Ferrari road car ever, powered by a 4.0ltr, twin-turbocharged, V8 and hybrid electric power, produces only 986bhp and will be overtaken by the time it and the Evija reach 120mph and may not catch the Lotus at any point from then on.

This brings me to the top speed, the Evija is estimated by Lotus to have a top speed “over 200mph” and, if it was petrol-powered, I would scoff and say “yeah, and the rest”. But that's not the case here and that is due to its electric powertrain. I said earlier the acceleration was hard to envisage, but it’s not impossible when you look at RC race cars. When you see a really fast, electric, RC car, something like a 13.5 turn Touring, you see the thing accelerate out of a corner onto a straight gaining its speed in a blink of an eye and also in a more or less linear increase in speed, BUT, that acceleration eventually stops. This is due to the single gear most EVs, be they RC or full scale, use and the Evija also has this single gear set up. 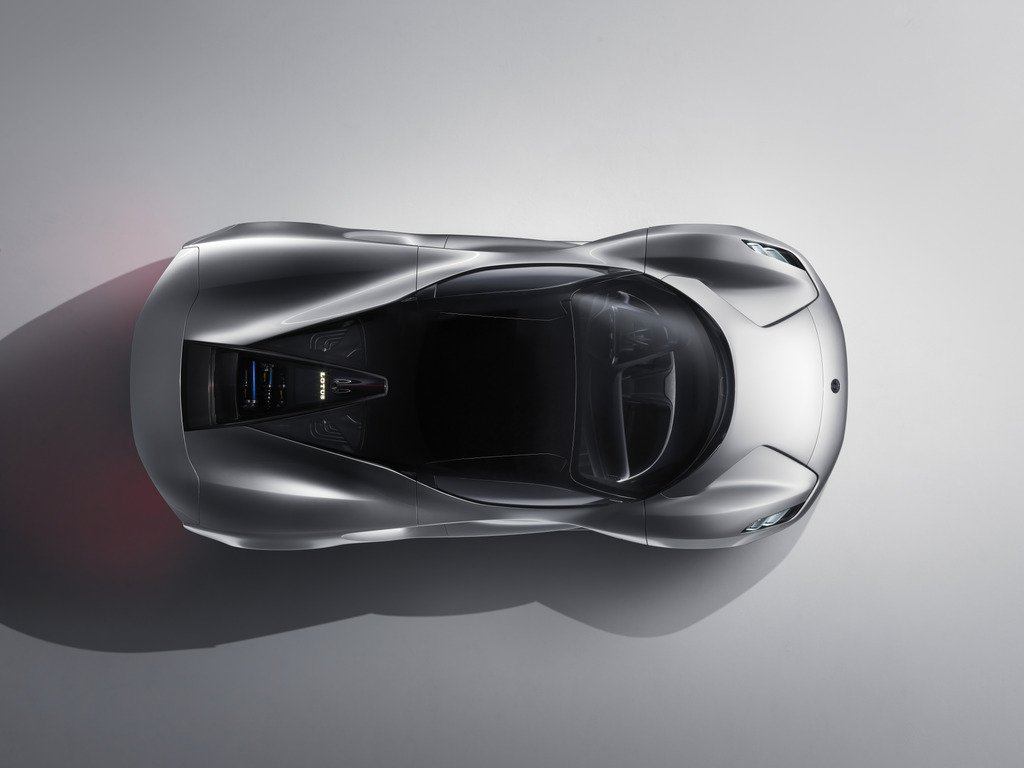 This means that, somewhere past that 200mph gateway, the motors will eventually reach their peak RPM and without another, smaller cog to upshift to, the Evija will plateau in speed. This could be just north of 200mph, it could be higher, we won’t know until somebody tests it and shares the results, but what we are seeing here is essentially a full-sized, full-powered, RC car in the shape of the Evija, which is great. But, to go back to my point, this feat of outperforming the fossil-fuelled alternatives essentially makes them obsolete. Why would you pay similarly sky-high amounts of money (the Evija is approximately £1.7M by the way) for something slower?

In my view, now all the electric car has to do is replace the battery power source for a sustainable, long term alternative like hydrogen, and it’s the end of the internal combustion engine as a valid, or even necessary, power supply. The Evija has taken us to the edge of perfection of the electric car dream and I think will be remembered for it when we look back at our motoring history. 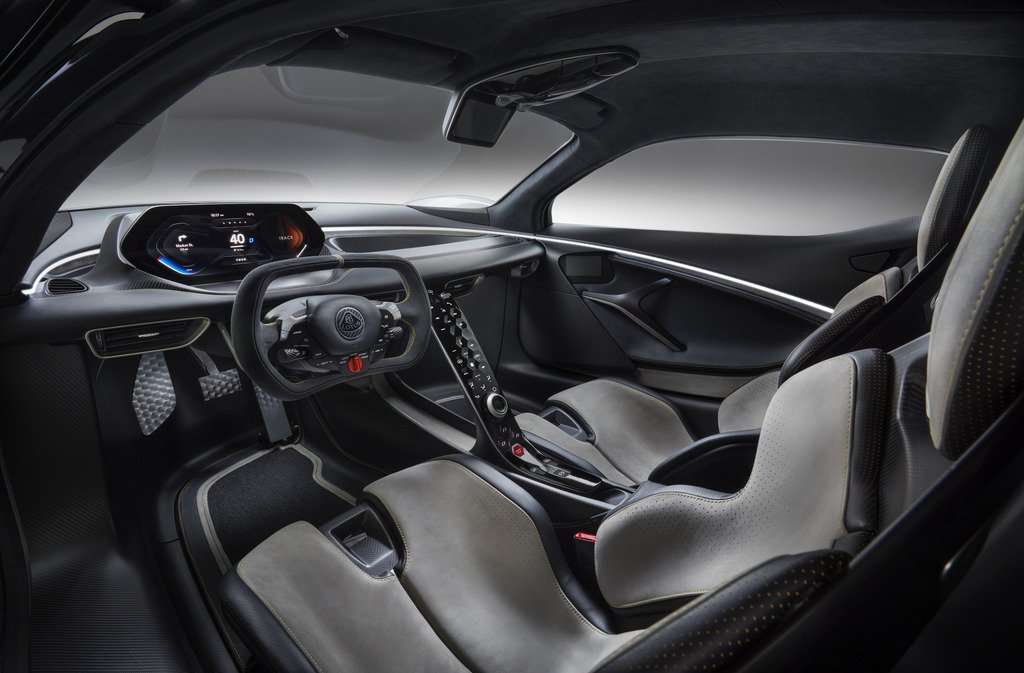 I truly admire, in fact, almost love, the Lotus Evija (I need to see it in Lotus black before that happens). It’s more than I ever expected when I first came across the original “Type 130” codename. I just hope that Geely and Lotus are brave enough to now complete the revolution and give us two things. First, a new Esprit. I would be happy for that to be electric too so long as it isn’t limited run. Maybe only 600-700bhp would do for it with a 1,000bhp hot version to throw Lotus back into the shark tank with Ferrari, Porsche and the rest. And, secondly, I would like them in the new WEC ruleset, due to start next year, with a Hypercar/Prototype concept (akin to the Toyota GR Sport) which could pave the way for that new Esprit.

I have my fingers crossed, Lotus, I hope you do the right thing. In the meantime, be very proud of what you’ve achieved with the Evija, the number one, most powerful production car, ever made.