What do you get when a British sports and race car manufacturer decides to enter the supercar scene? Well, you’re about to find out. Today Stelvio Automotive takes a look at the UK’s biggest, small car company and their Le Mans derived road car to take on the big guns. 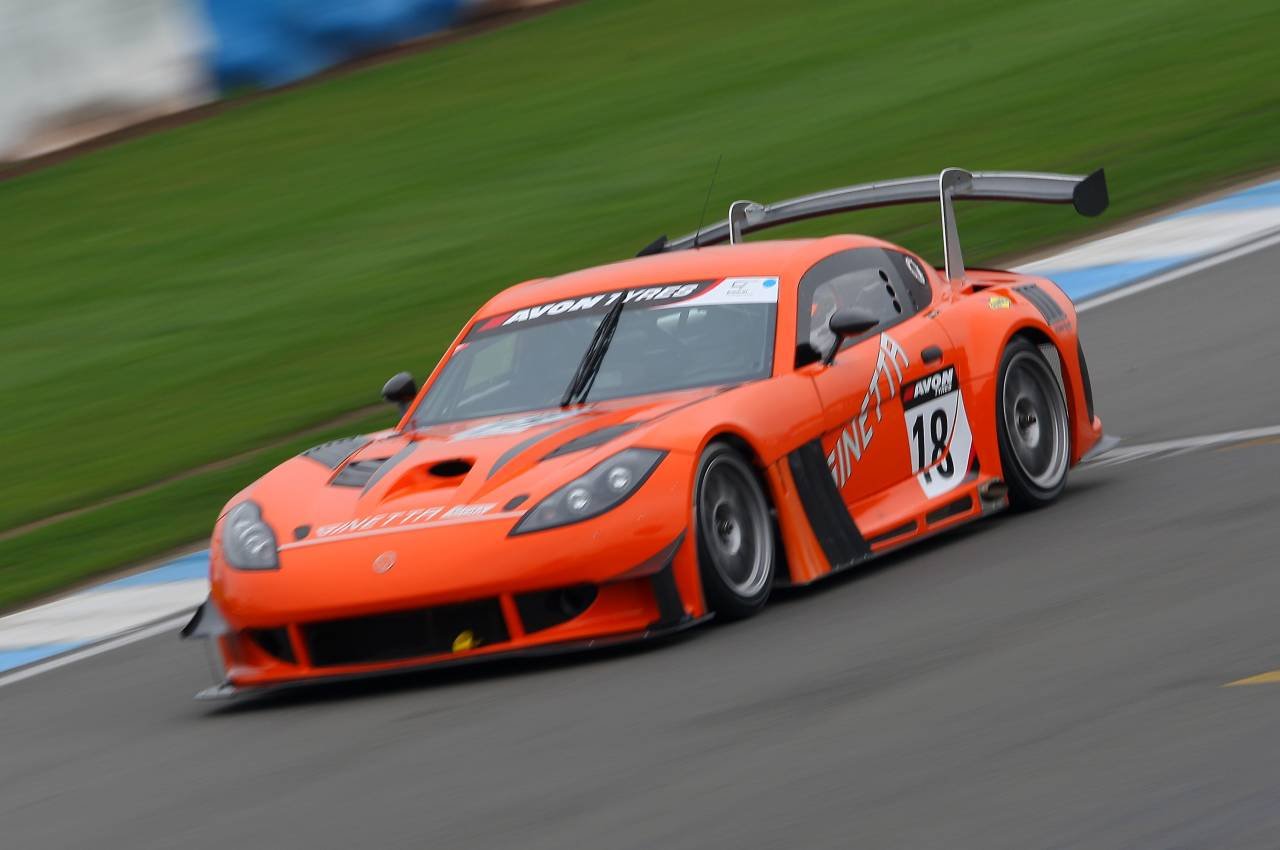 Don’t worry if you’ve not heard of Ginetta; many people haven't. But, In my case, I first heard of Ginetta when I started playing Gran Turismo 4. The PlayStation 2 classic introduced me to a little, yellow car which looked a bit like a Jaguar, only it was much smaller, much cheaper and much more fun to drive, it was called the Ginetta G4. This tiny car, built in 1964, had a 92bhp, 1.5ltr engine and, if you geared it properly and put on some sticky tyres, you could make it embarrass the competition, even with engines twice the size and top speeds considerably higher than the 120mph I was able to whip out of the G4.

My next encounters with the brand came when watching a round of the Ginetta Junior series, a national racing championship which follows the BTCC as a baseline category for future GT and touring car talents. In this instance the car was now the Ginetta G40 and it produced some of the most entertaining races you could hope to see with close, door to door overtaking and a fair few crashes. The G40 is nice, but not quite as nice as the bigger brother, the G55, which is one of my favourite cars in the entire world and I would very, very much like to have a GT3 variant to play with on my future private race circuit. But there's more to Ginetta than GT racers, it gets better, in the form of their LMP cars. 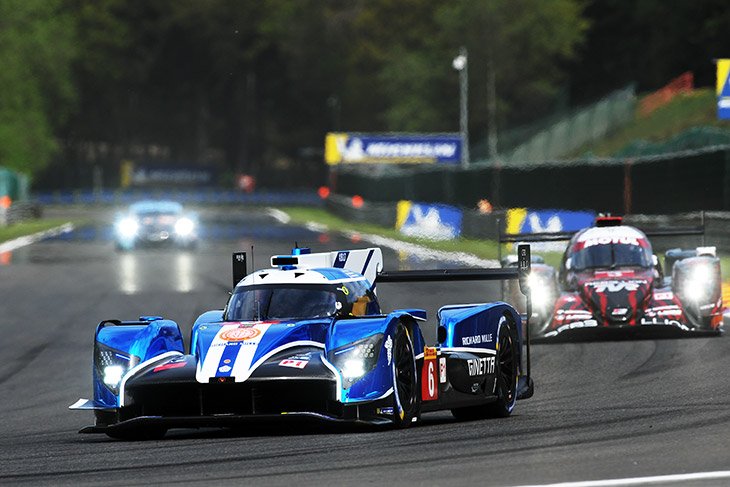 Now, as some readers may know, I am slightly biased to one of Ginetta’s rivals, ByKolles (I can’t not be, I have the team shirt), but I will happily admit I absolutely adore the LMP1, Le Mans raced, Ginetta G60-LT-P1. After seeing the car at Le Mans, and more recently at Autosport International, I’ve concluded that car is nothing short of a work of art. It is beautiful to look at aesthetically and is a very solid package aerodynamically. Performance wise, it had little to no testing before LM and it wasn’t totally embarrassed around one of the hardest races in the world.

Ginetta’s other LMPs are the G57 P2, again, a seriously aesthetically gorgeous creation, which has had its chance to shine with competitive showings in the 25hrs of Thunderhill over in The States, and is the car of choice in the 24H Proto Series. The third car, the baby in the family is the Ginetta-Juno P3-15 which won the first LMP3 Championship in the European Le Mans Series, completing Ginetta’s comprehensive racing brochure which makes them one of the UK’s biggest names in motorsport. 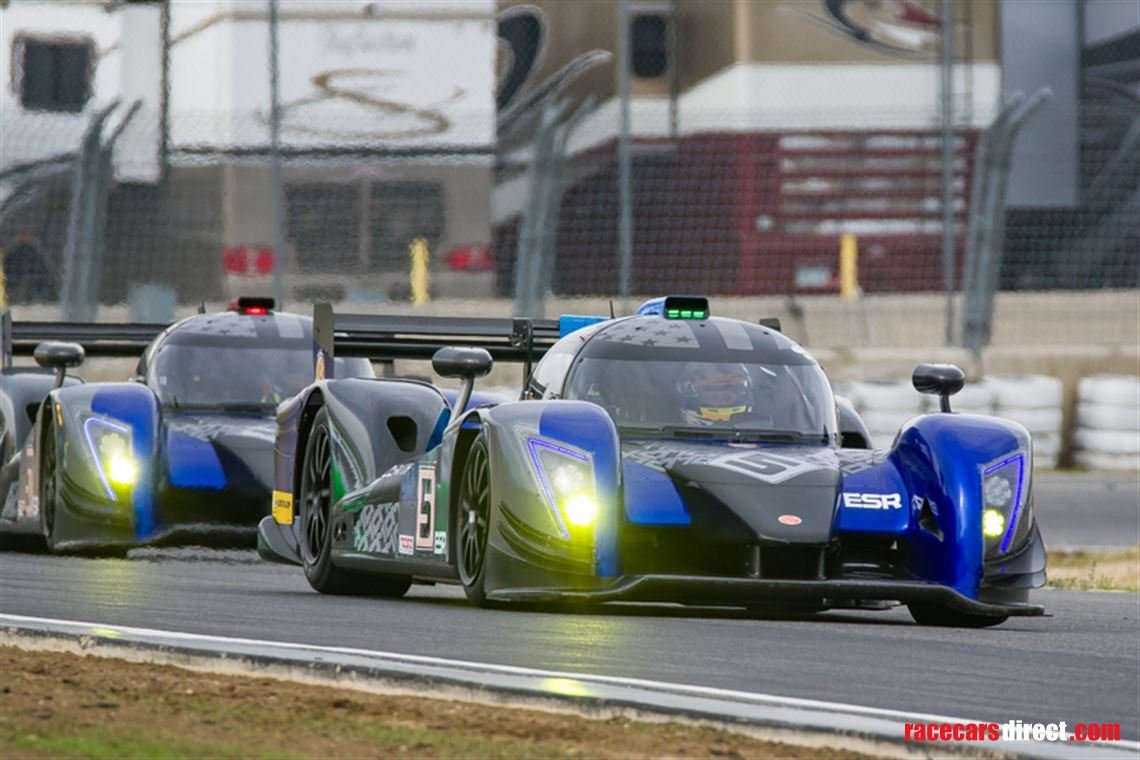 Which brings us to the subject of this article, their new supercar. The Ginetta Akula, the name of which has only become public knowledge at this week’s Geneva Motor Show.

Let’s begin with the looks (I mean, where else can you start, really). The Akula is possibly the best looking, most exciting road car I have ever seen as it has, quite unapologetically, taken ideas straight from the LMP production line and made it a reality on a road legal vehicle.

Every inch of the car’s front section is an aerodynamic element. It has wings going from the wheel arches to the literal nose section of the car, like you see on the prototypes, the nose is flanked by 2 ramps, angled up, where the air will be pressing the front of the car into the ground as it’s channelled all the way up and round the rest of the car. There are inlets feeding air to the engine, and likely an underfloor diffuser, huge vents which channel the air around the front wheels to F1-style turning veins. The car then has a teardrop silhouette to draw the air down to the back of the car where it meets a rear wing which wouldn’t look out of place on one of Ginetta’s race cars. 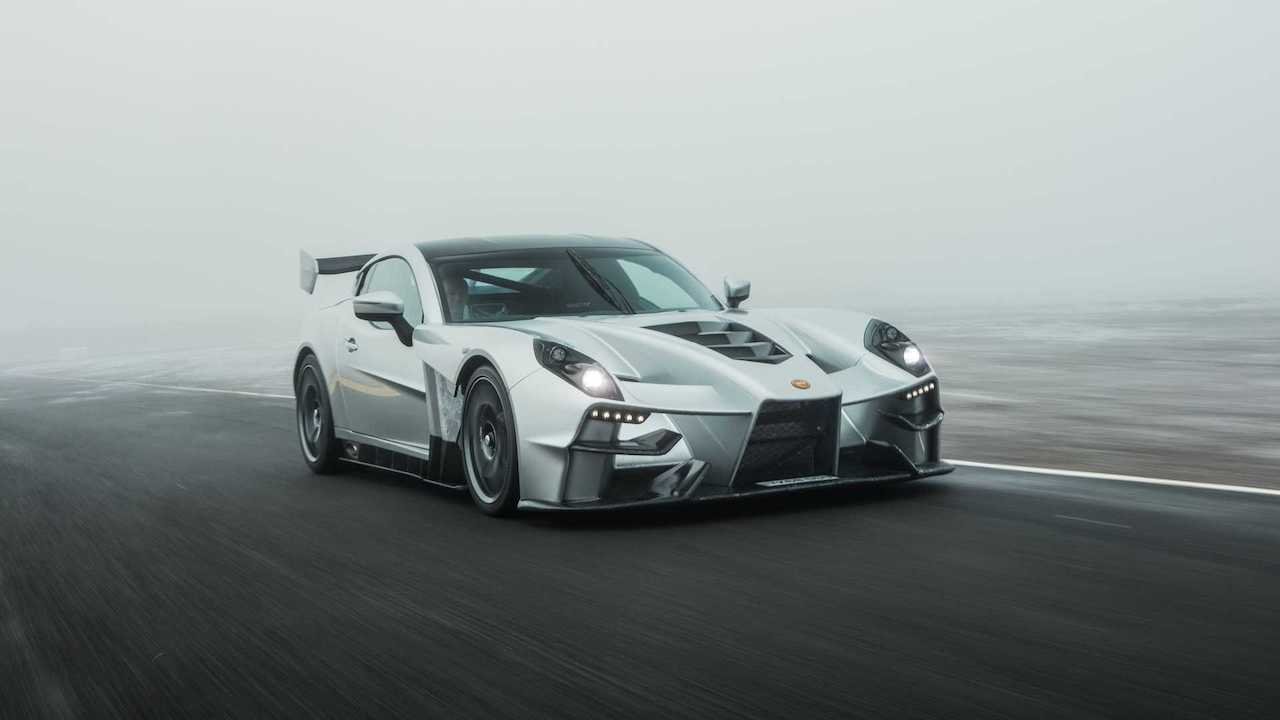 The engine is located behind the front axle, making the Ginetta Akula a mid-engined car, this has allowed for the engine to be placed lower than would normally be possible with a classic front engined concept and also means that the car has a near perfect 49:51 weight distribution. These dynamic qualities, paired with the exterior downforce will mean that the Akula will probably never even begin to understand the concept of understeer and should mean it provides a responsive and dynamic drive to the owners.

But, let’s be honest, the placement and weight distribution of the engine isn’t the reason you clicked on this article, is it? No, it was the power of it. The Ginetta Akula is a machine capable of 200mph thanks to a naturally aspirated (ie non-turbo charged), 6.0 litre V8 which generates 600bhp and a colossal 520 lb-ft of torque. Ginetta are taking the fight to the Porsches, Lamborghinis and Ferraris of this world and I would be confident that the Akula would beat most of them in any contest. Be it cornering (where, by the way, it’s only just shy of the downforce level of the LMP3 car) or in a straight line, the Ginetta Akula is nothing short of a monster and as such should put fear into the hearts of anything that challenges its might. 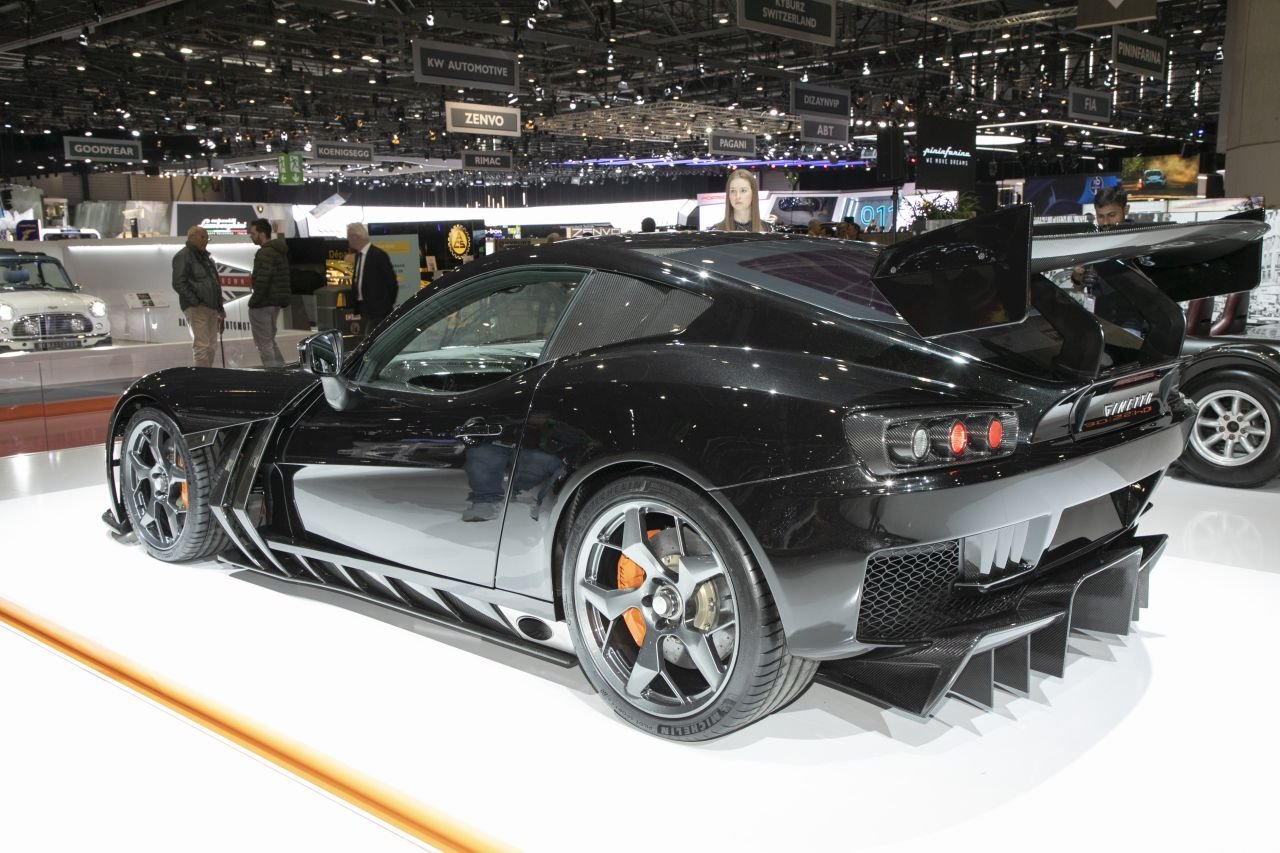 Sadly though, just like the Lotus 3-Eleven 430, as always, there’s a catch. The Ginetta Akula is £400,000, and there will only be 20 of them ever made. You can therefore guarantee that aside from the launch images and videos and maybe a couple of road tests if we’re lucky, you’ll never see this car ever again in the wild. The Ginetta Akula, therefore, is special, as it’ll never become mainstream, you’ll never get bored of seeing it if ever you do and it’ll always be a car you want, but can just never have.

On the plus side though, for about half the price, you can buy a fully race ready Ginetta G57 P2. Or, if you really, really need to spend $400,000 on a Ginetta, you could always become a major backer in getting the LMP1 car back on track!! And that would make the world a better place for all, right? Please... Anyone... 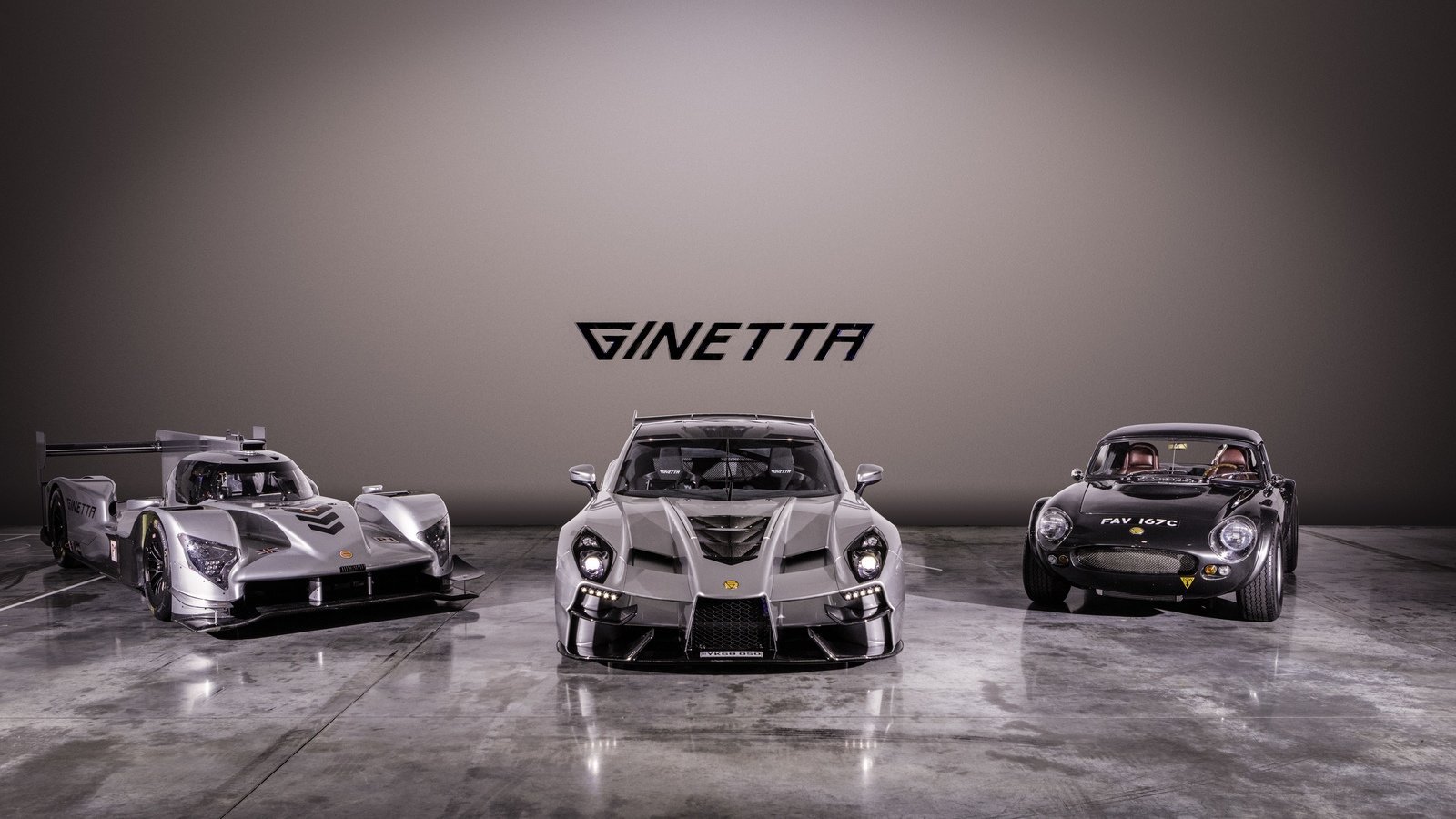