10 years ago, Formula 1 brought in a few, seemingly simple, rule changes which were to bring the manufacturers to their knees and re-shape the sport for years to come. Today Stelvio Automotive looks back at the greatest ever F1 season and the Brawn GP miracle. 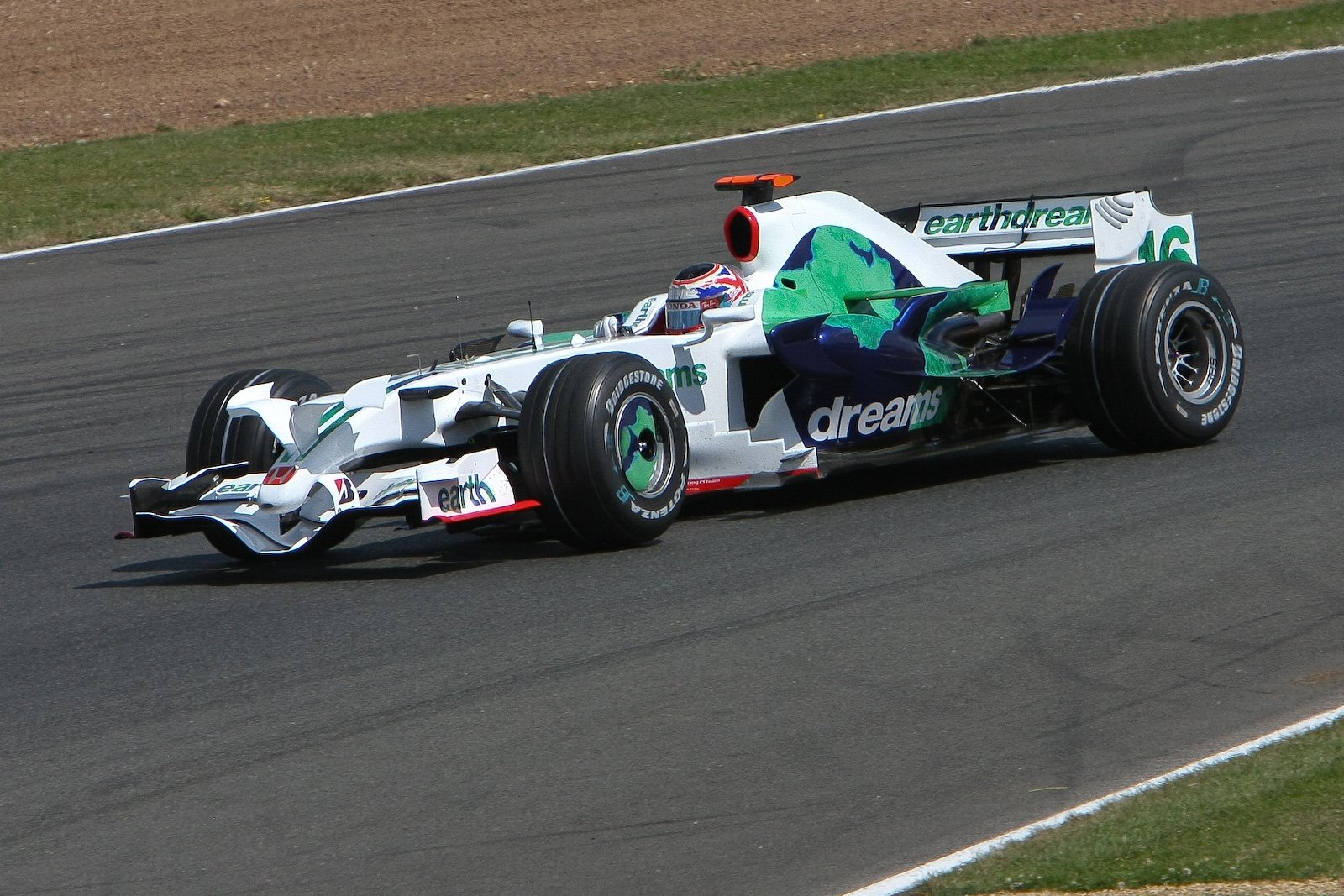 2008. Honda have been back in Formula 1 for a decade, firstly as an engine supplier of the Jordan and BAR teams, then as a works outfit from the start of the 2006 season. Their only successes in that time had been a distant 2nd place in the 2004 Constructors Championship, scoring only 45% of Ferrari’s tally, and a fluke victory at the 2006 Hungarian Grand Prix in mixed conditions with Jenson Button. More often than not Honda had been located in the midfield, at best, and in 2007 and 2008 the team had been embarrassed with two awful seasons where they had finished 8th and 9th despite one of the healthiest budgets on the grid.

Realising that the 2008 car was never going to challenge for the top positions, Honda had shifted their focus, almost immediately, to the 2009 car, a car which was to be designed for the new rules package F1 was ready to bring in with the introduction of revised aerodynamics, slick tyres and the optional introduction of KERS (the Kenetic Energy Recovery System).  This car was to be the first given the full attention of Ross Brawn, the chief technical mastermind and team principle who had been Honda’s big signing at the end of 2007 to re-structure the team, and was to be a car which would be Honda’s turning point - it’s big effort to make a Championship challenge. 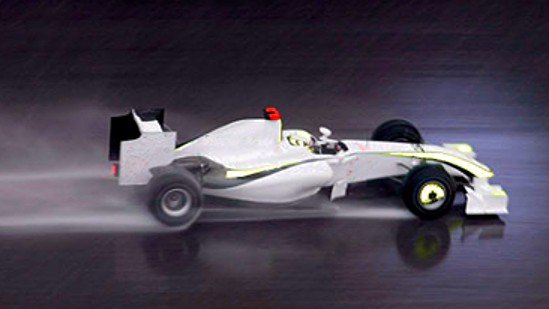 But, instead, with the economic downturn on the horizon and Honda having major problems with their road car operations at the time, that plan was suddenly abolished. On December 5th 2008, Honda announced they were leaving Formula 1, potentially throwing away all the work they had been developing for almost a year. But, fortunately, this is where the legend of Brawn GP begins.

When Honda left, there were two options, everyone lost their job and everything disappears (like what happened with Super Aguri earlier in 2008), or, the remnants could be saved. The latter was chosen when a management buyout headed by Ross Brawn and Nick Fry took control of all the assets left behind by Honda, minus the engines (allegedly for £1). This saved the jobs of many within the team and over a rushed 2 months, the new Brawn GP team pulled out all the stops to prepare Honda’s ex-dream project for the coming season. They sealed a Mercedes customer engine deal, modified the back end of the car to make it fit and somehow still made the first test in Barcelona. 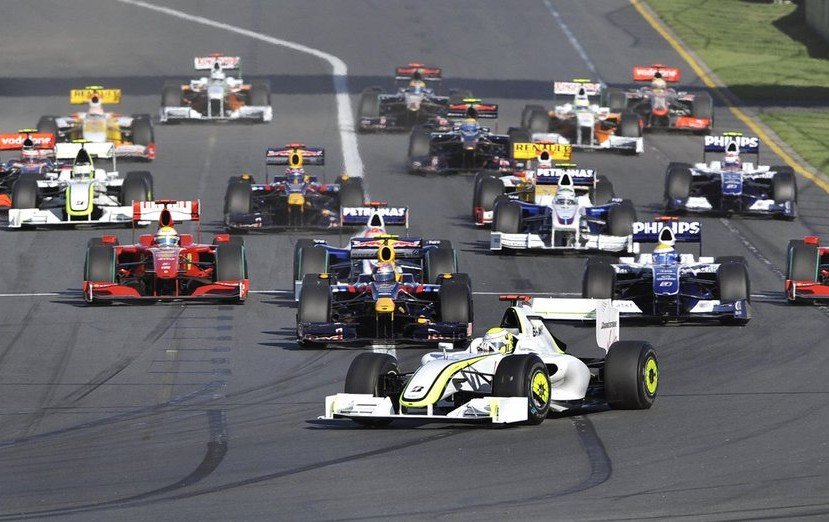 Brawn GP wheeled out this almost totally white car, the BGP-001 (above), and it went fastest on the 3rd and 4th days. Many wondered if they were glory running on low fuel to get the headlines and attract sponsors, but others, including me, saw the car had a natural balance to it which the big manufacturers (BMW, Renault, Ferrari and McLaren), all lacked as they struggled to get their cars set up with the heavy KERS. Brawn GP topped 2 of the 3 days at the second test at Jerez and at no point ended a test day outside the top 4. Everything was going well until Brawn, Toyota and Williams were all accused of having illegal “Double” diffusers, this idea was a loophole in the rules which allowed the team to massively gain downforce from the underside of the car, increasing cornering ability and rear stability. This was appealed and eventually found legal but this 1 innovation was to play a role in the events that subsequently took place.

In Australia, Brawn GP scored a front row lock-out with Button and Rubens Barrichello with about half a second advantage over the next best, Sebastian Vettel, in the beautiful Red Bull RB5. A tardy start from Barrichello caused some crashes at the first turn but Button made the greatest start of his life and was leading by almost 4 seconds by the time he completed lap 1. The race progressed and saw the dynamics materialise between the cars with and without the KERS device as well as the different fuel levels and the new slick tyres. After a long race, Robert Kubica challenged Vettel for second place as they were chasing down Button, but they crashed into each other on lap 56, 3 laps from home. This gave a debut victory for Brawn GP as Button cruised to the chequered flag.  Jenson won from recovering team mate, Barrichello, ahead of pit-lane starters Jarno Trulli and Timo Glock in the Toyotas. 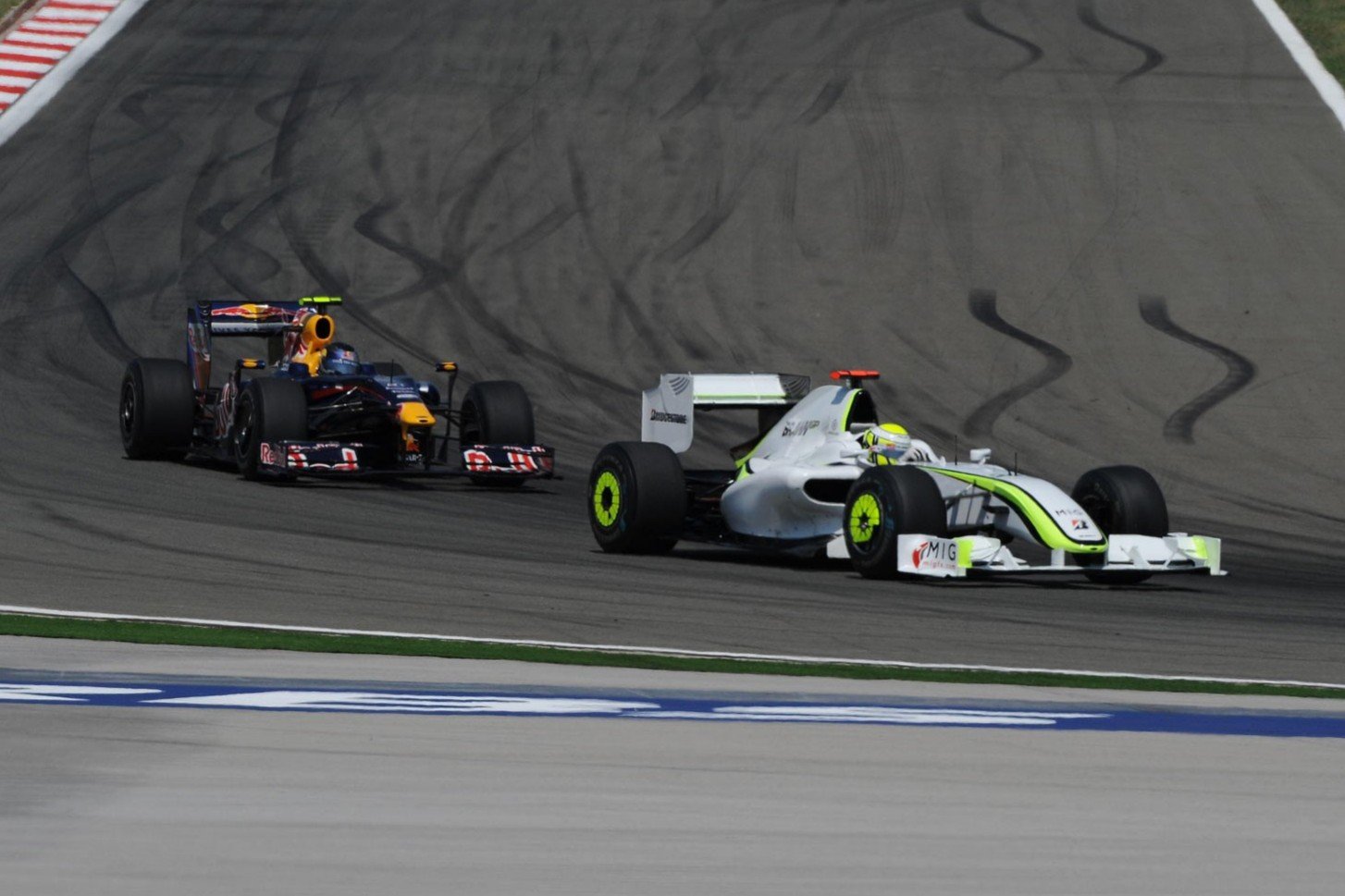 Toyota, the only manufacturer without KERS, were the only big team to challenge Brawn GP early on, but it was Red Bull’s Vettel who won race 3 in China after Button scored a 2nd victory in Malaysia. Button won a 3rd, 4th and 5th race in Bahrain, Spain and Monaco to achieve an amazing start to the season and then the F1 circus arrived in Turkey. This is a race which sticks in my memory as a perfect case study for why re-fuelling should be in Formula 1 as it bore witness to an epic fight between Button, leading on a long 2-stop strategy, and Vettel who pitted in the middle of the race on a light fuel load and harassed Button lap after lap with a lighter car, inches away from Button’s diffuser. Jenson defended impeccably and took victory, his 6th in 7 races and by this stage he had amassed 61 points, 4 off a perfect score. He was 26 ahead of Barrichello in 2nd and 32 points, more than 3 races worth, ahead of Vettel in 3rd.

The remaining 10 races saw Brawn GP battle to save their lead as the team didn’t have the money to develop the car significantly against the summer updates and overhauls the other teams were undertaking. The rest of the season saw Vettel be the fastest of the non-KERS cars as well as the revival of Ferrari and McLaren as they began to understand the KERS problems that would plague them through the first half of the year. But, importantly, the season also saw some fantastic drives from Button when he needed to provide them. It wasn’t to be a perfect season though, with bad results from round 8 at Silverstone all the way through to round 12 at Belgium, by which stage Button’s lead was only 12 points ahead of Barrichello and 19 ahead of Vettel with momentum going against the Brawn team more and more. 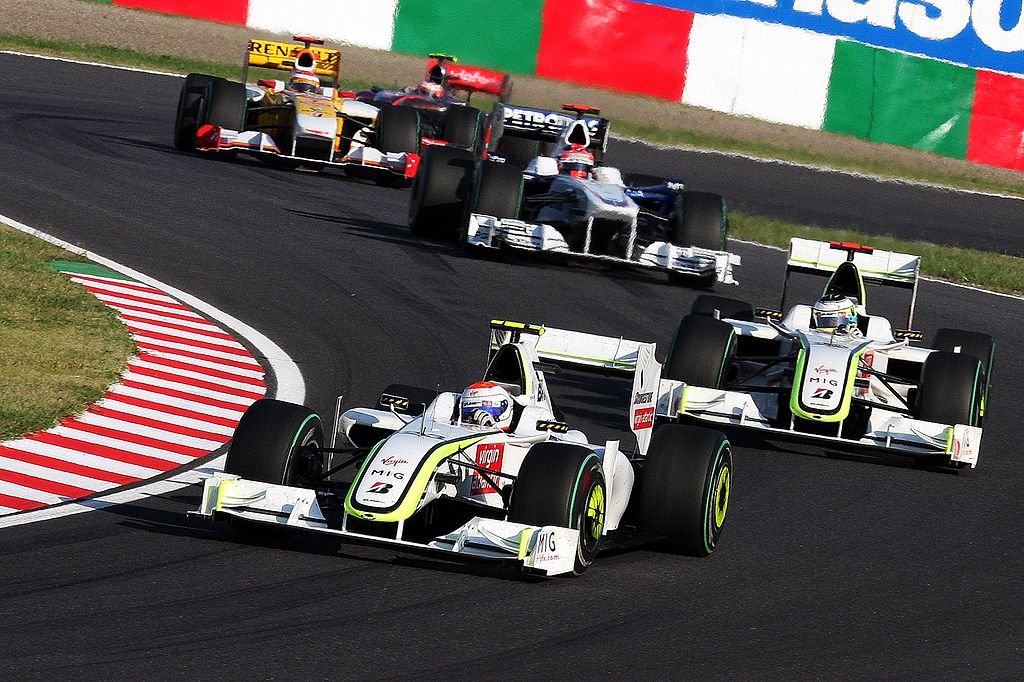 But Button and Brawn GP held on.

With a final podium at the last race in Abu Dhabi, Jenson Button won the Championship by 11 points from Sebastian Vettel. Brawn GP beat Red Bull Racing (who enjoyed their breakout year which would foreshadow the Vettel era from 2010 to 2013) by 18.5 points. The best KERS team and manufacturer was McLaren-Mercedes, one point ahead of Ferrari, but over 100 points behind Brawn’s score of 172.

This shocking result saw the re-shaping of the grid and lay the seeds for the pecking order which has made F1 what it is today. Fifth placed Toyota and sixth placed BMW were both to leave at the end of the season, embarrassed to be so far behind the likes of the “privateers” of Brawn and Red Bull. But, equally, this was also to be the one and only year of Brawn GP’s existence as they were bought out by Mercedes Benz at the end of 2009, something which would never have happened if the management hadn’t saved the Brackley team. Mercedes, from the 2014 season onwards, have dominated the sport winning all Drivers’ and Constructors titles for the last 5 years, Red Bull have been a front runner ever since their revolutionary 2009 season, while Ferrari and McLaren have never again enjoyed their two-horse race for the Championships which had been a regular occurrence from 1998 to 2008. 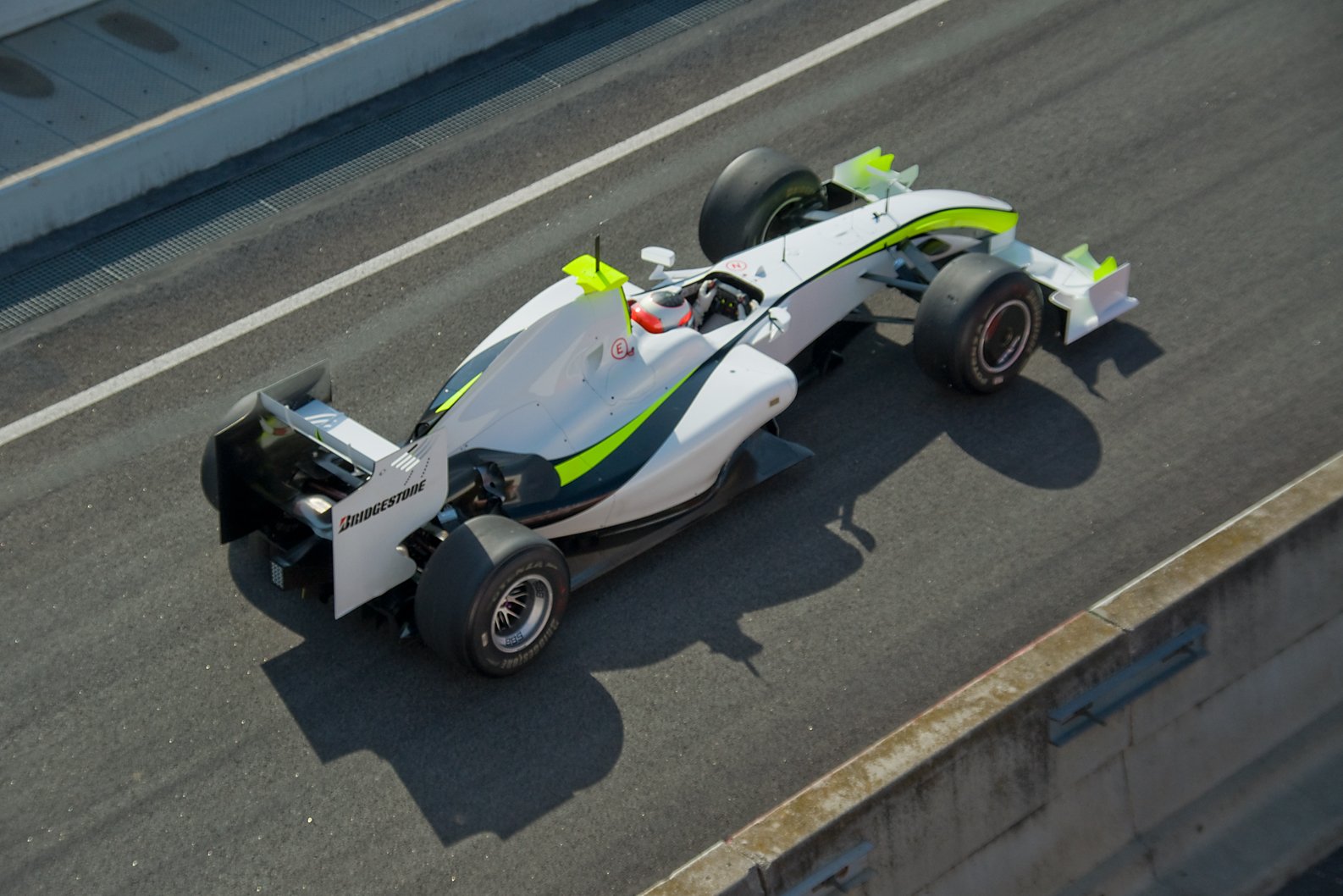 2009 is F1’s fairy tale year when the little team brought down the big foes. But in my opinion it's also debatably the greatest season in the sport’s history. F1 was exciting to watch as the cars were unstable and raw in their dynamics, unpredictable in some cases. They were loud, there was variety in the teams, there was close racing without artificial overtaking aids and there were twists and turns in the title race. The cars had different ways of going quickly with fuel and tyre strategies. What's more the coverage was free and relatively unbiased on the BBC which brought this great sporting moment to millions of fans, globally.

When you look at F1 today it's easy to believe this’ll probably never happen again, and in many ways that's what makes the 2009 season special. The fact that Brawn GP, the team who saved themselves from oblivion, won the FIA Formula 1 World Championship in their 1 and only attempt, was just the perfect ending to the perfect story and it will never be forgotten. 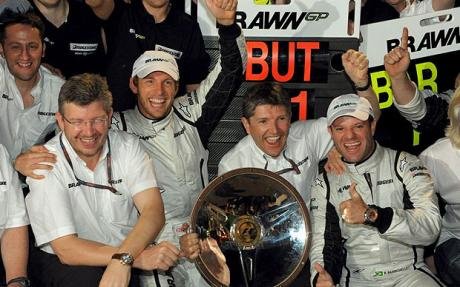