A top tier, multi-manufacturer, prototype racing series, full of promise but which ultimately fell as its big teams pulled out, leaving Toyota as the last one standing. Sound familiar? Today Stelvio Automotive goes back to the 80s and 90s and looks at the rise and fall of the GTP class. 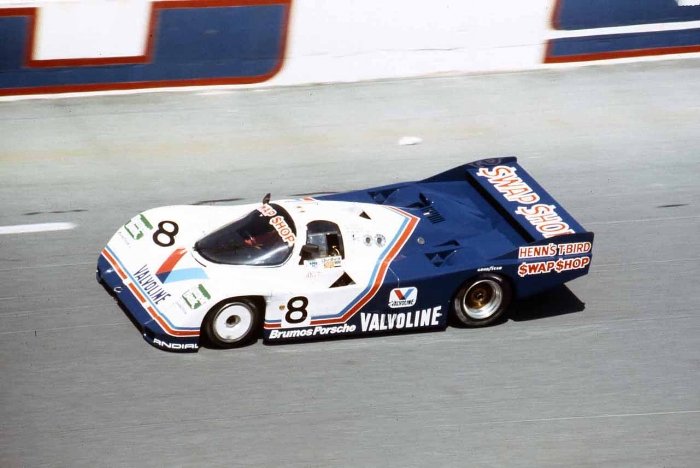 Prototype sportscar racing has a long history which has contributed more to the road car’s development than any other category, ever. It produces intense on and off track battles, has created classic, world renowned cars, many of which have been immortalised in film, print and posters. However, as the introduction suggests, prototype racing has also been a victim of its own success time, after time, after time, with the WEC becoming only the latest to reach for the reboot button as it starts its final LMP1 season this weekend.

The year is 1981. The FIA is in the process of creating their brand-new Group C specification, a class that, through the decade, will grow into the pinnacle of motorsport, producing monsters such as the Sauber C9 Mercedes, Jaguar XJR-9, Mazda 787B, Peugeot 905 and the infamous, 1,100 bhp+, Calsonic Nissans. Meanwhile, over in the US, IMSA, America’s ruling body, has decided to go in a separate direction. Instead of creating cars which have to be as fuel efficient as possible, these cars are unrestricted on chassis and engine, only limited by their power to weight ratio. This ruleset was to see exceedingly fast cars, exponential growth in spectator interest and multiple manufacturers with different solutions, much like the WEC would three decades later. 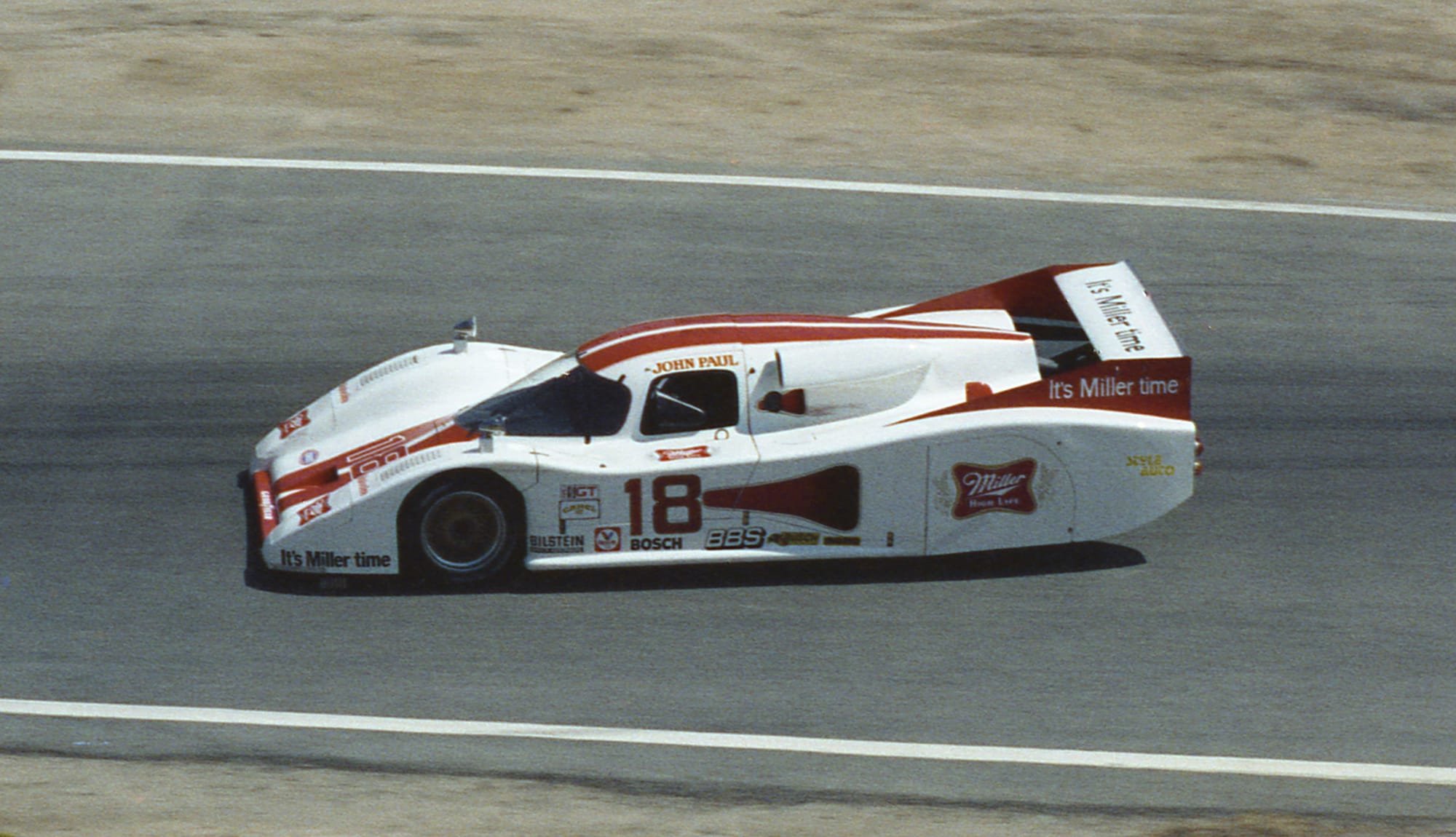 The GTP cars would initially have a slightly fragile start, with early 80s technology and cars which were being pushed to the limits due to the ruleset requiring marques to push for performance. The new cars were often retiring or suffering issues which meant the older and/or slower, previous generation Porsche 935 would take victory. However, when Lola introduced the T600 (above) at round five, a car with ground effect, a huge, 6.0 ltr Chevrolet engine producing 600 bhp, cutting edge wedge aerodynamics and sealed rear wheels, it changed the game. Despite being late to the grid, it began with victory on debut, achieved four additional victories during the season and won the Championship, dethroning Porsche from the IMSA crown for the first time in four years.

The following years saw fast development of the class and considerably more involvement. Formula 1 manufacturer, March, were victorious in 1983 and ‘84, Jaguar arrived with their XJR-5, Ford and Cosworth ran a front-engined “Mustang” car, Pontiac released their “Firebird” and other marques such as BMW, Mazda and Aston Martin also participated. Porsche then brought out the 962 (top) which regained the crown in 1985, ‘86 and ‘87 but it was at this time that GTP reached its zenith as Nissan and Toyota stepped up their works-backed efforts. 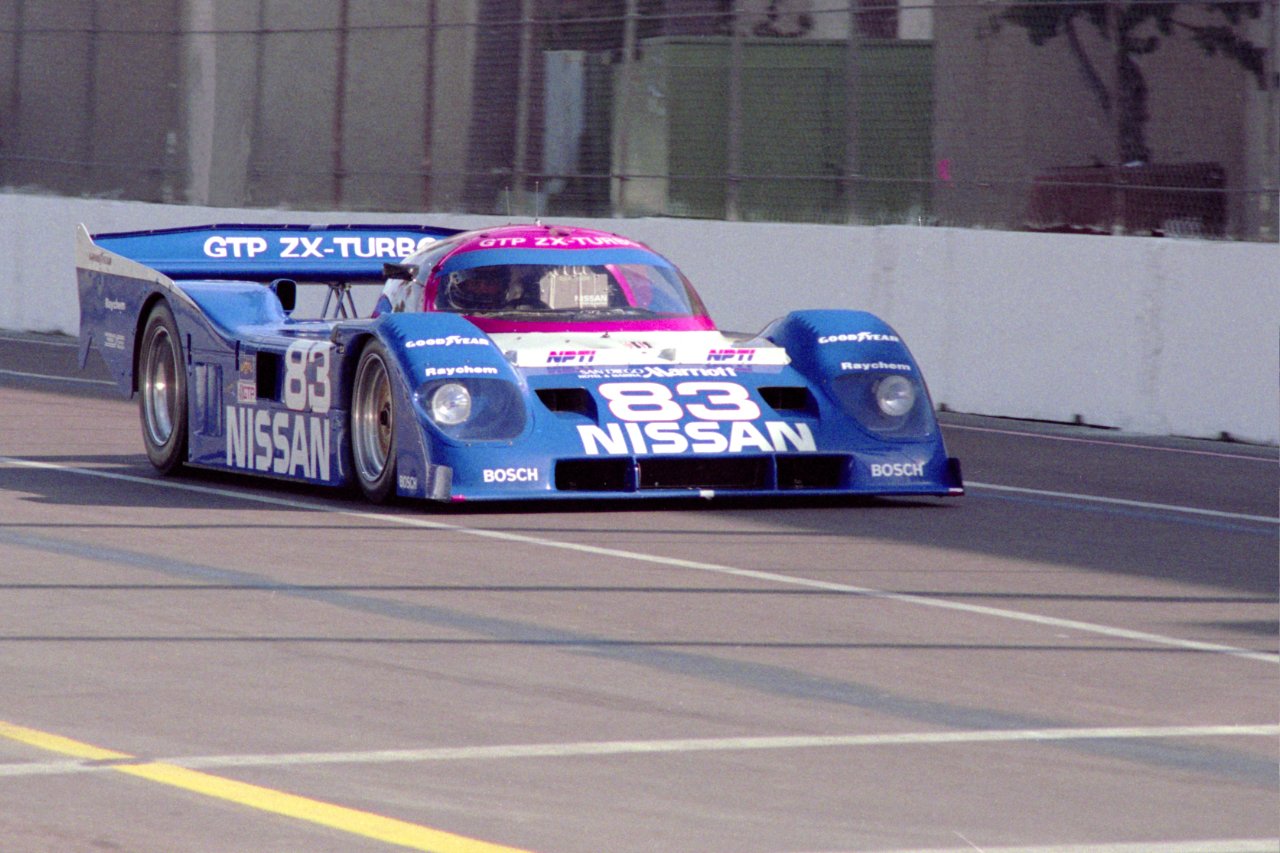 Nissan’s GTP ZX-Turbo made its debut in 1986 and after two years of development the Japanese brand finally hit their stride, winning the titles in ‘88, ‘89, ‘90 and then in 1991 with its replacement, the NPT-91. The Nissans even beat the Le Mans conquering Jaguar XJR-9 and other group C cars which made the trip across, but this success was to be Nissan’s last in any top line sports prototype series as, in 1992, they, along with Toyota, pulled their works support as Japan suffered economic troubles. However, it was this void which paved the way for the greatest GTP creation to assert itself.

All American Racers, supported by Toyota and TRD, debuted the Eagle MkIII. Replacing the Works cars and it’s MkII predecessor, the MkIII featured a front diffuser, something unique in GTP, which eliminated the previous car’s understeer. This created a car with huge levels of downforce across the car and despite it having a narrow set up window, it also meant the MkIII was unbeatable when its divers were able to extract the performance. It was powered by a hugely reliable 2.1 ltr, turbocharged, in-line four Toyota engine which produced more than 800 bhp (showing the increase from the 600 bhp only a decade earlier), weighed only 832kg (in 1992), and incorporated the latest ground effect advancements. 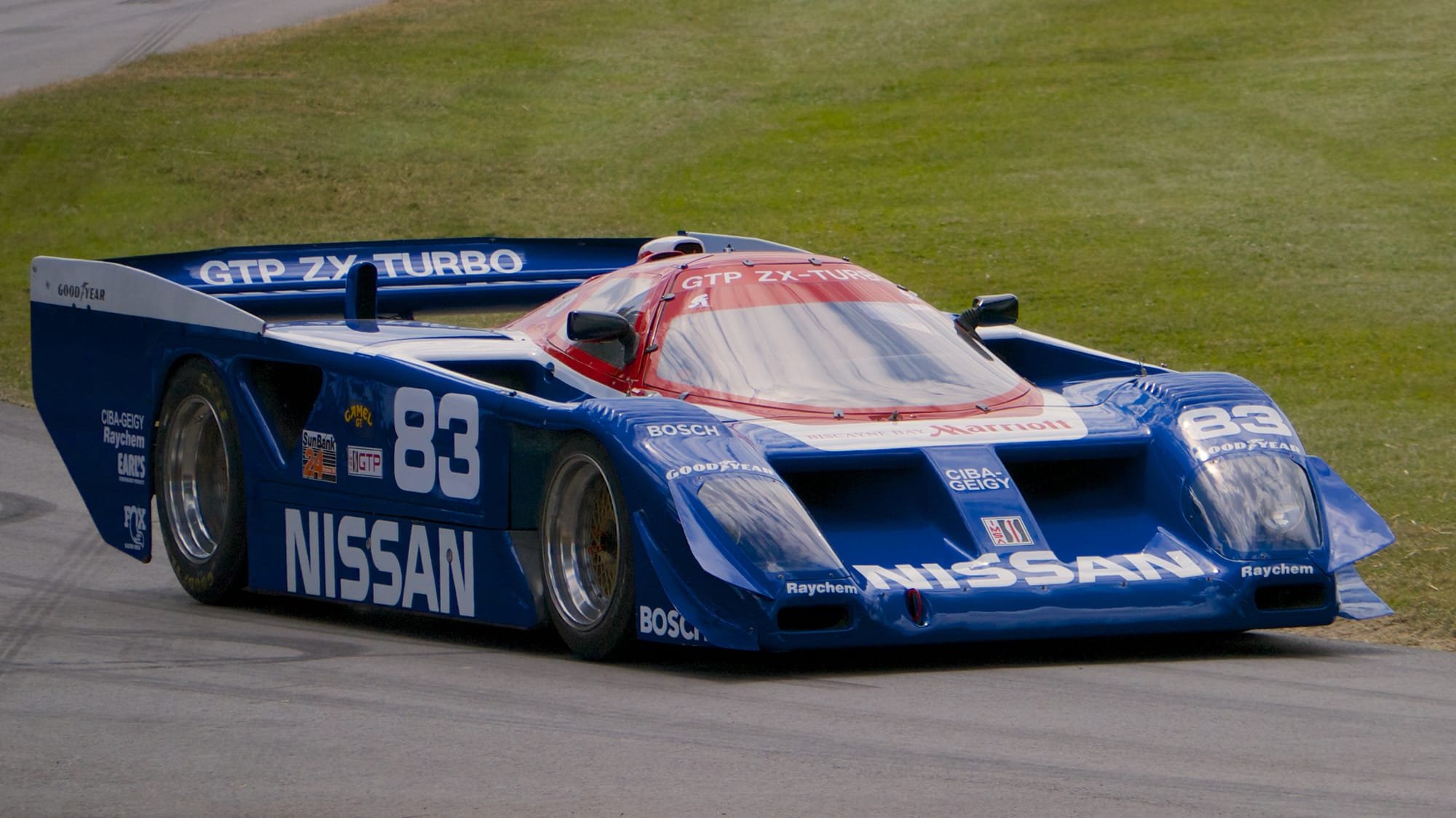 Making its debut towards the end of 1991, still against the fully backed Works Nissans, the MkIII won on its second ever outing and again at the season finale, already giving the car a 50% success rate. This was only going to increase over the next two years. In 1992, the MkIII won 9 of the 14 rounds, seven of those won by Juan Manuel Fangio II, nephew of the F1 legend, who dominated the standings scoring 215 points, 56 more than the second placed Jaguar and 83 more than the third placed Nissan. The Eagle MkIII was by far and away the class of the field and, with the departure of Jaguar and Nissan in 1993, the car did something truly incredible in completing a perfect season, remaining undefeated at every race it contested (only missing round 8 due to Toyota withholding funding).

In an era where unreliability was still a common feature of motorsport, the Toyota Eagle MkIII won 17 races in a row (including 10 of the 11 in ‘93), it was so successful that it forced IMSA to scrap the GTP class in 1994 with the creation of the World Sportscar Championship. The MkIII won 21 of the 27 races it contested giving it a 77.7% success rate, one of the highest of any top-level car, racing over multiple seasons against open chassis and engine competition in history. 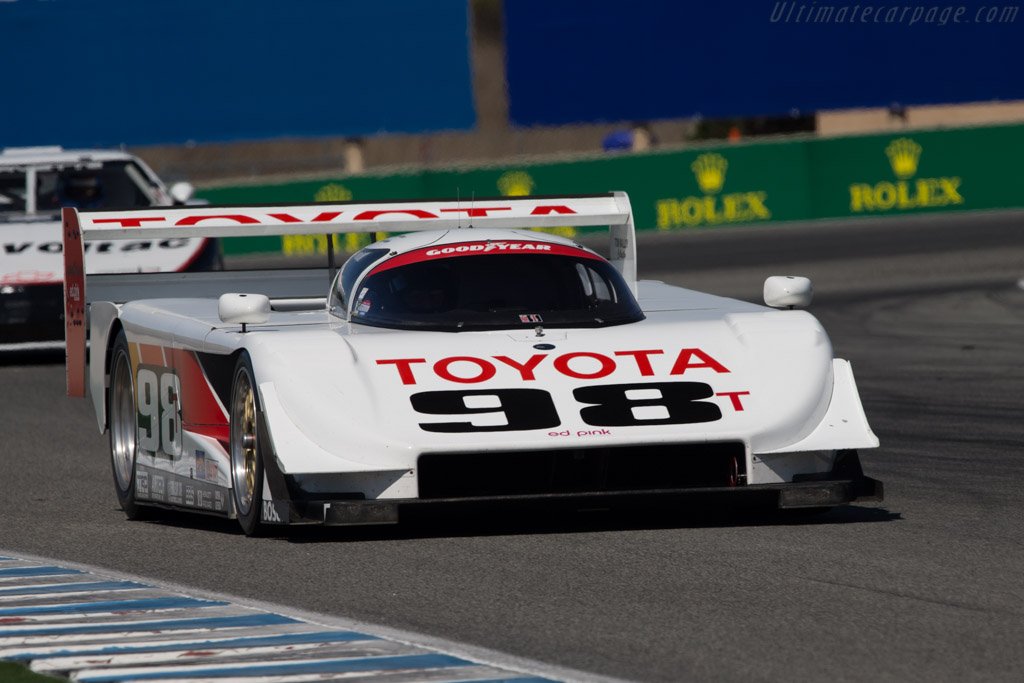 The rise and fall of the GTP class was a disaster and a blessing at the same time. The fall of what was debatably the fastest prototype sportscars on the planet undoubtedly stumped development in the sportscar category, however, it also lead to the creation and growth of the LMP1 class with direct successors in the shape of the Ferrari 333 SP, the next generation’s Toyota TS020, Audi R8 and ultimately the Audi R18 Quattro, Porsche 919 and Toyota TS Hybrids we’ve enjoyed in the WEC since 2012.

The point is that as the WEC now prepares for its hypercar era, if history is to repeat itself again, we will one day see return of the monsters that prototype racing periodically produces in the future. It’s in the DNA of the sport with manufacturers continuously pushing the envelope of what the rulebook allows, new technologies and even just natural evolution. The MkIII was a masterpiece much like it’s WEC decedents, and you can rest easy they won’t be the final incarnations of their creed. 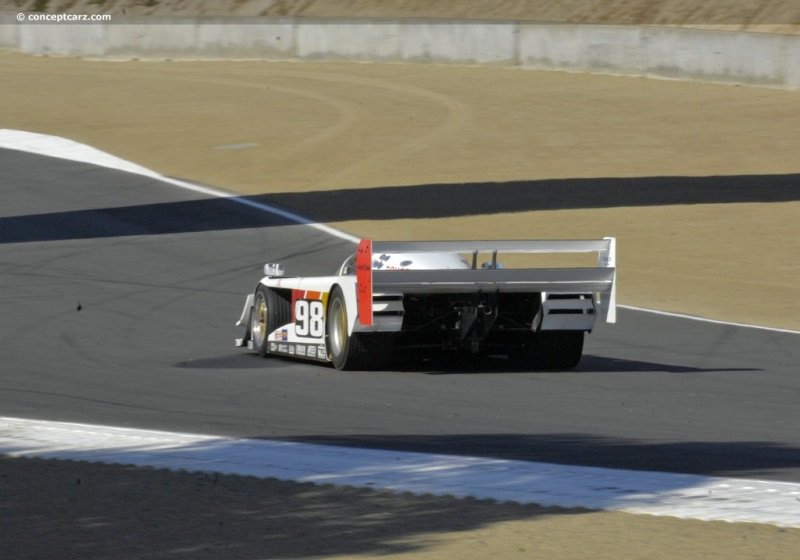