No Green Machine, This Thing is a Monster - Introducing the 2019 Toyota Prius PHV GR Sport GT300

A 5.4 ltr V8, it’s a concept that just screams fuel economy and wanting to save the polar bears from learning how to swim, right? Today Stelvio Automotive looks into the Japanese Super GT Championship and the 2019 GT300 spec Toyota Prius which will be competing for the title. 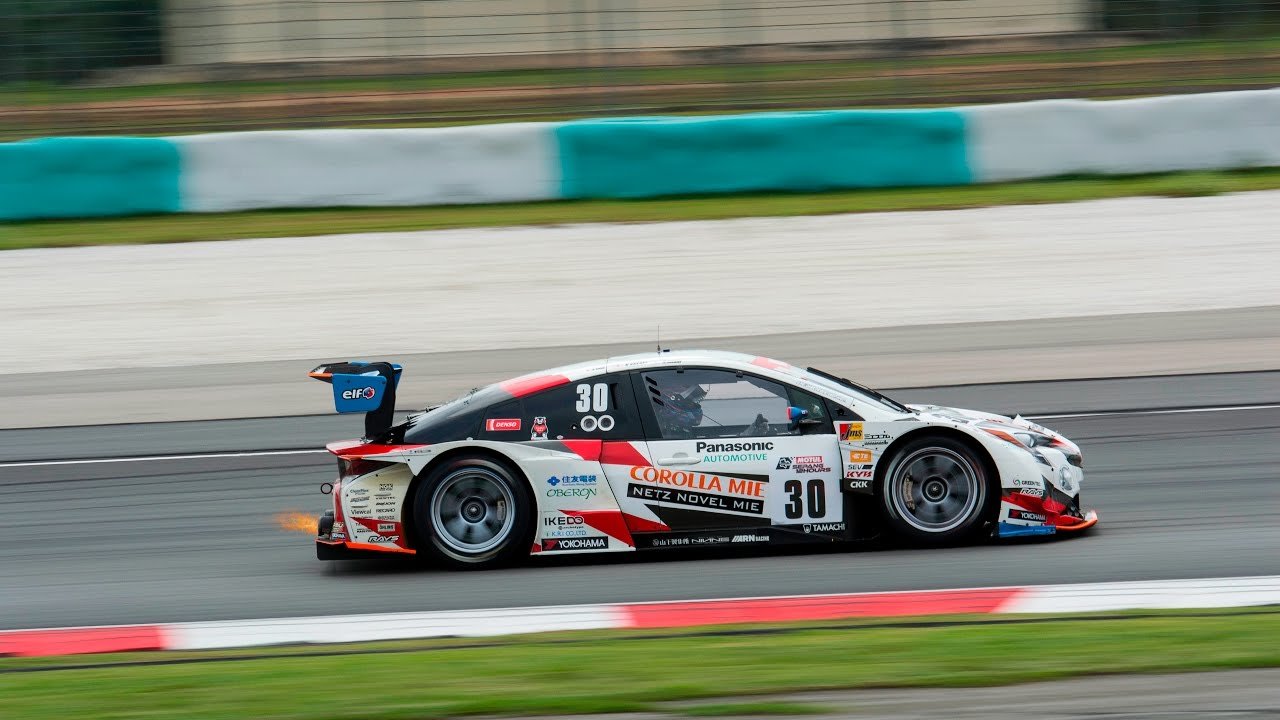 Those with a very long memory may remember when I looked into the last Prius GT300 car back in 2016. That “Gen 2” racer (above) was a car with a 3.4ltr, V8 which was in many ways related to the Toyota Le Mans team’s TS030/40 LMP1 machines. Well, turns out there’s a new one! And this beast is something rather awesome.

Run by the APR team, the 2019 Prius GT300 has undergone significant evolution in 2019. To begin with, the car has enlisted the services of a GT500 derived 5.4ltr, V8, a championship winning engine used by the Lexus RC-F. Detuned to abide by GT300’s lower power limit, the other big change on the Prius GT300’s engine, aside from the unit itself, is the location. Due to recent rule changes the car now has the block at the front of the car as opposed to the middle with the previous model, meaning the Prius now has a Front engine, rear wheel drive, “FR” layout.

The Hybrid system is, in–fact, one of the only parts of the car which remains unchanged. Using the power blast offered by supercapacitors on corner exit, the Prius has a distinct difference and potential advantage over its opposition. The car is further aided by its aggressively streamlined aerodynamics package aimed at helping the car cut through the air with as little resistance as possible, giving it a natural straight-line speed benefit, which allows the team more room to add usable downforce where it needs it during set up for each event. 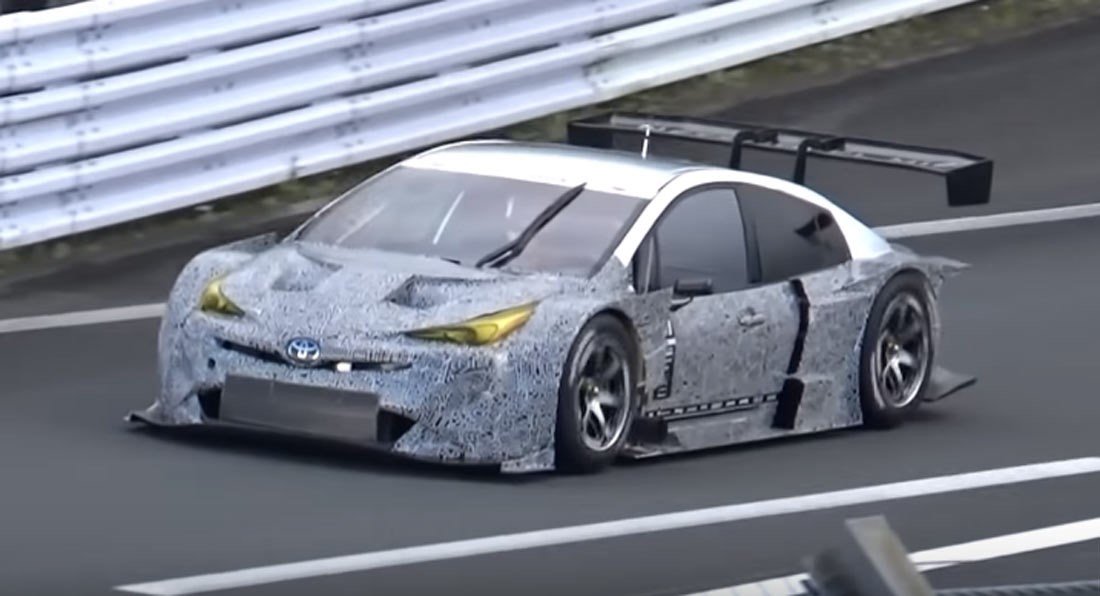 The Gen 3 Prius GT300 is certainly a looker, but on first impressions I think it actually looks a little bit less over the top than its predecessor. This is due to the more bulbus front end, brought on by the engine and attached cooling now utilising previously unused space. It’s resulted in a larger front grill but beyond that, I get the impression there are slightly fewer winglets and curves down the sides of the car compared to the Gen 2 version. This isn’t necessarily a bad thing though, Toyota will have painstakingly been working behind the scenes on the overall aerodynamic profile to make sure the Gen 3 car is at least just as fast as the car it replaces, a car which finished in 3rd in 2018 as the top Japanese car behind Mercedes and BMW, both GT3 derived competitors.

The new Prius will be looking to bring back the GT300 crown to a home-grown marque as Mercedes has clinched two of the past three titles since its debut year in 2016. The APR team and Toyota will be hoping to go one better than they did with the old car which scored 2nd overall in 2016. It’s a tough ask against tough opposition, but this is where the idea of using the 5.4ltr engine is potentially an ace card up Toyota’s sleeve. You may be thinking, why? Why has Toyota put such a large engine which is completely against the Prius’ philosophy in its race car version? Well, here’s my theory. 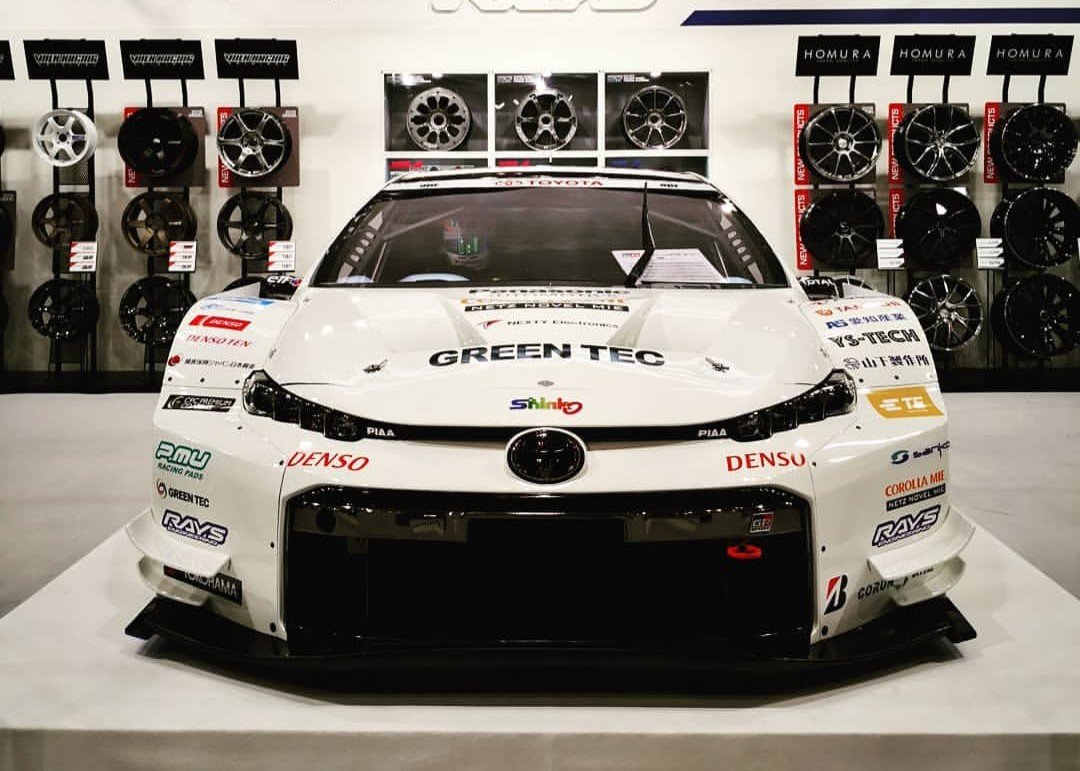 Firstly, the engine the car uses makes absolutely no difference to the Prius as a car or a global brand ambassador for Toyota and its Hybrid technology. As big as Super GT is in Japan, GT300 is only a supporting cast and it’s a series which is very limited in its international coverage. You aren’t going to see thousands of politically correct journalists in the West lambasting Toyota. If anything, you’ll see people laugh because it is so obnoxiously different to the road going car, and, if it wins, the headline will be Prius Hybrid wins Japanese GT300 Championship. Nobody will care what engine it used to do it.

But, secondly, there is actually method to the madness. Large capacity engine blocks provide increased torque and don’t need to rev as highly to get the same output as a small engine. Look at lorry engines, they’re massive, but they’re built specifically to be as fuel efficient as possible while providing enough power to shift their cargo. Now, what I think Toyota are doing in bringing in this huge engine from the Lexus RC-F is looking to pull off the same trick. 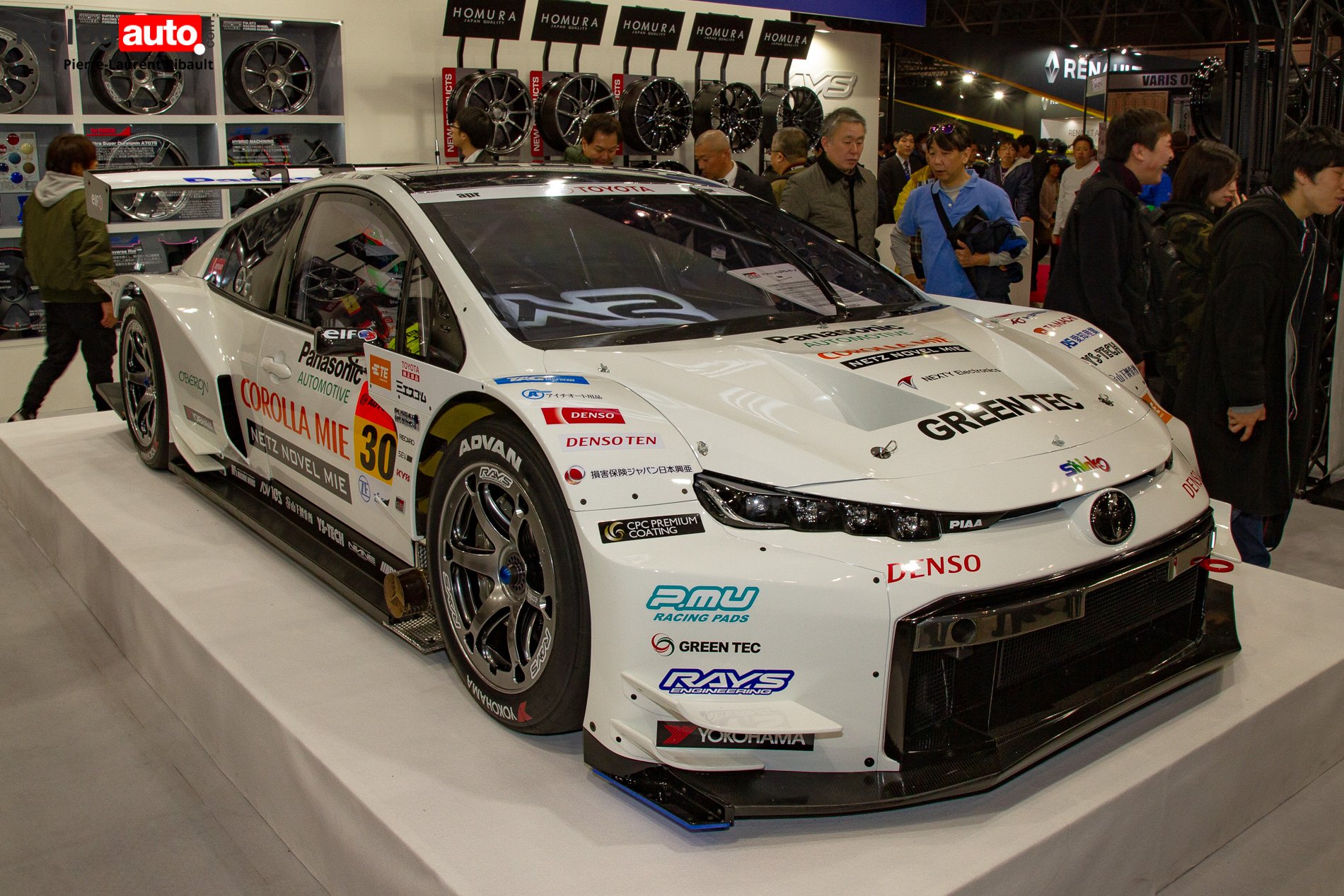 They will have studied the engine and seen how they can adjust mappings and electronics so that when the engine is de-tuned to GT-300 spec, they will be left with a lower revving block which can be boosted into its power band by the electrical power of the supercapacitors, saving fuel in acceleration, but also then saving fuel in the higher rev range when the speeds pick up, compared to the old 3.4ltr unit, without losing power and top speed.

This could be a philosophy which is far away from the truth, but it could make sense in exactly the same way the Prius' aerodynamics are outdoing themselves to increase the team’s downforce options... If Toyota are saving fuel in normal engine modes, it gives them the option to increase power when attempting a pass or when looking for 100% full throttle laps to leap frog opposition in the pits. As I say, this is only a theory, but you never know.

At any rate, the Prius GT300 is a good thing to exist in the world. It’s aesthetically good looking (it still has a Celica-esque silhouette), it has a massive engine which makes it one of the fastest GT cars on the planet, it’s using electricity to make it faster AND more efficient than it otherwise would be and it’s something I wish Toyota would do for the Prius road car. Added to that, the GT300 Prius is a funny car to show to stuck up environmentalists who worship the normal Prius, a car which is still largely hated by petrolheads the world over (although, to be fair, the recent one looks quite nice on the outside but, ssshhhhh).