The 22nd July 2007 was a special day in Formula 1 history. A wet race, an on track pass for the win and a debutant leading his first and only start in a backmarker car. Today Stelvio Automotive looks back at the 2007 European Grand Prix. 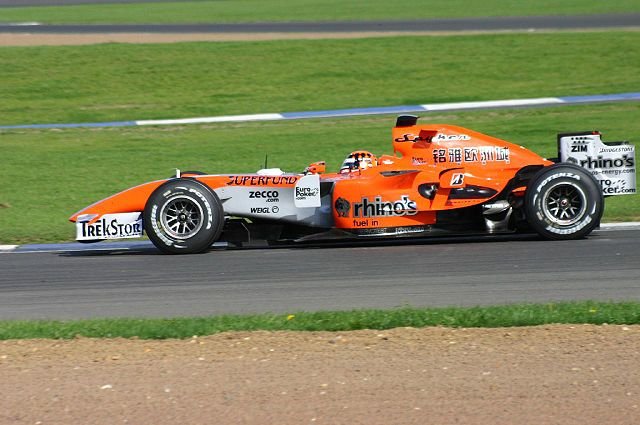 You thought I was going to go a whole year without doing a Spyker article? Pah, think again!

The 2007 Formula 1 Season was my first full year of watching the sport, after only starting my regular viewership from round 5 of the 2006 season in a race where Michael Schumacher would win the European Grand Prix at the Nürburgring, beating Fernando Alonso, and with a young, up and coming Felipe Massa scoring his first podium.

The 2007 cars were the second year variants of the V8 formula and the second to last of the “aero” formula cars which would culminate in the beautifully controversial machines we would see in 2008. Refuelling was still a major topic of race strategy which would see cars either running on relative fumes at the beginning of the race to get a better start and run away from the field, or filled to the brim to go as long as possible in the hope of gaining track position when the leaders pitted. 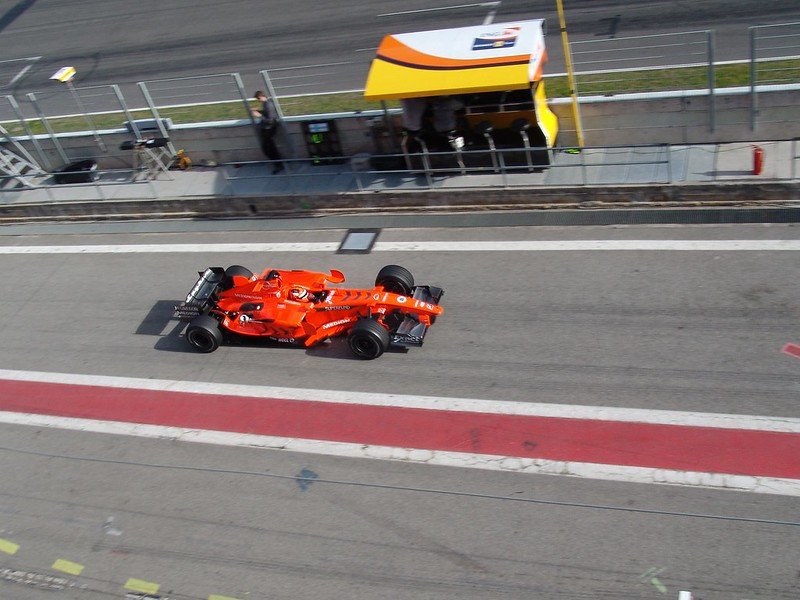 There was a total of six engines throughout the field from Ferrari, Mercedes, Renault, Honda, Toyota and BMW. Each of those suppliers had either a full works team or, in Mercedes’ case with McLaren, a works affiliated team. The ‘customer’ teams took the shape of Williams Toyota, Red Bull Renault Toro Rosso Ferrari, Super Aguri Honda and Spyker Ferrari and, unlike today, there were no claims of customer teams getting sub-par versions of the engine packages and there were no team orders. As we would see when Sebastian Vettel was at STR in 2008, if you were faster, you could race, and you could win.

Back then, the cars were relatively basic in terms of their operation. You had the engine which had to last 2 races and the gearbox which had to last 4 consecutive races. There was no KERS, no Brake by Wire, very minimal menus and modes and in general the only weak points of the cars were the hydraulics which could cripple a car’s brakes, gearbox, suspension and almost every moving part (which wasn’t many by today’s standards). A driver had to be physically capable of driving the cars at full speed the majority of the time as the races were described as two or three stint sprints. The Bridgestone tyres were very durable and linear in their degradation so it really was down to the drivers as to how well they did.

This (finally) brings us to the story of the European Grand Prix of 2007. The season was already an obvious 2-way battle between the McLaren Mercedes MP4-22, sporting a shorter wheelbase which made it batter around the tighter turns and over bumps, vs the Ferrari F2007 which was longer and more efficient on the faster turns and tracks. These two teams had a comfortable lead over the field and unless there was a crash, retirement or problem, Alonso, Hamilton, Massa and Räikkönen were the ones who would stand on the podium. 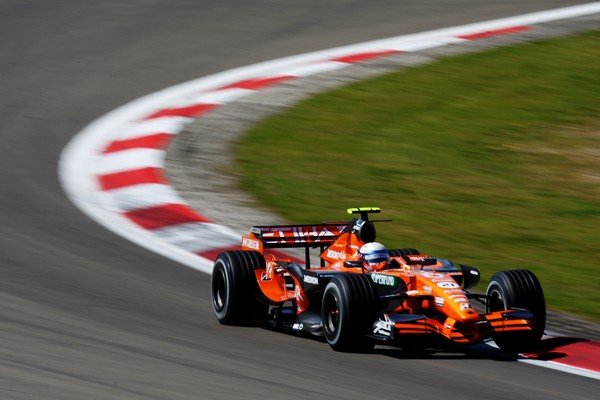 At the back of the grid, however, it was a different story for the small Dutch team, Spyker. The former Jordan team had already been renamed as Midland in 2006 being sold again to Spyker and the team was not in the best of states. The car, the F8-VII, still had its architecture from the 2005 Jordan car and as such was well off the pace of its rivals, especially as Super Aguri and STR had inherited the 2006 cars from Honda and Red Bull respectively. Spyker had their new car, the F8-VIIB, in development but by round 10 in Europe, they were still using the old car.

Spyker had also just released Dutch driver, Chritijan Albers, after poor performances and missed sponsorship funds and decided to place in 27 year old German driver, Markus Winkelhock. Winkelhock had been the team’s test driver since 2006 and had had previous success in the Formula Renault 3.5 championship, finishing 3rd behind Robert Kubica and Adrián Vallés, beating future big names such as Will Power, Simon Pagenaud and Pastor Maldonado.

With relatively little time in the car, Winkelhock was solidly last on the grid. Both Spykers were on the back row with Adrian Sutil 1.4 seconds ahead of Winkelhock, but with a further 1.4 seconds to the next car on the grid of David Coulthard. Pole sitter, Kimi Räikkönen, was almost 4.5 seconds quicker, showing the gap of the grid that day. Going into Saturday evening, Winkelhock was probably just happy to be racing on Sunday, but that was all to change before the start lights would go out. 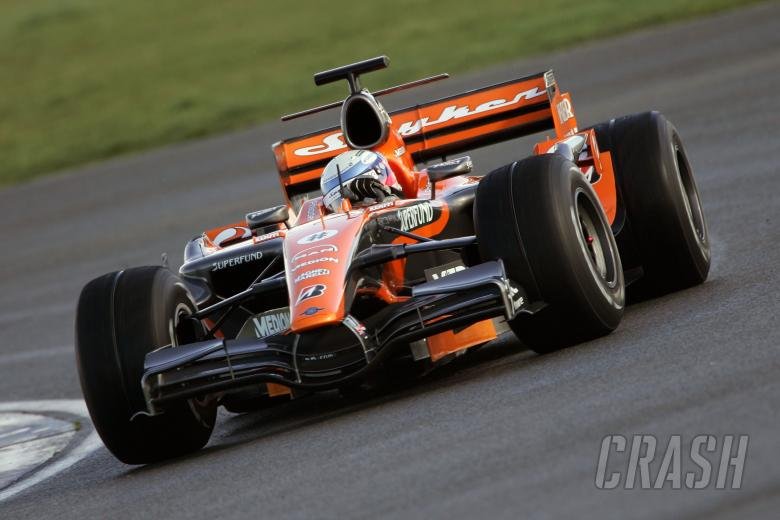 Race day – 22nd July 2007 – The grid was formed and to most watching the race track was in a perfect condition. The dry tyres were on and all 22 cars set off on their formation lap, but, as can be the case in Germany, as the cars toured round, the clouds grew darker and came closer to the track.

On ITV’s coverage, the threat of rain was pointed out, and as the back markers turned the final corner to take their grid spots, a lone car careered down the pit lane, through the crowds of pit personnel and down to the Spyker garages. That car was none other than Markus Winkelhock’s, who was going to gamble on the intermediate tyres.

The lights went out, Massa made it a Ferrari 1-2 into turn 1 ahead of Alonso. The traction control on the cars was audible as the track was losing temperature and grip and, by the halfway point of lap 1, we saw the rain beginning to fall, heavily, down onto the circuit. It caught out Nico Rosberg at turn 10 and then the camera flashed back to the leaders. Räikkönen firstly cut the chicane but held the lead from Massa, he then dived to the pit lane, crossed the red and white hatchings, notoriously slippery in the rain, but his F2007 then skidded over the edge of the pit lane and back onto the track, forcing another lap for the Finn. 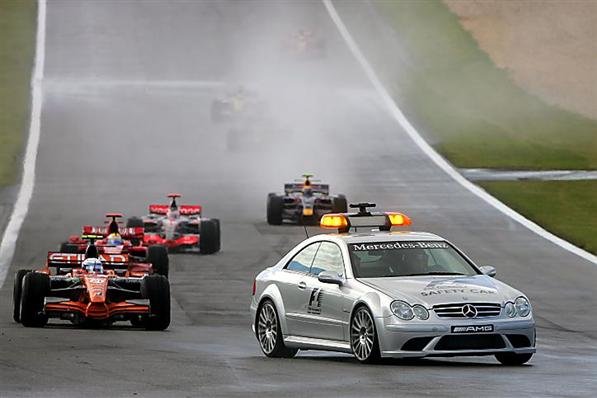 Massa and Alonso both made it in and, despite having to wait in their pit boxes as the rest of the grid followed them down, made it out again without incident. We then cut back again to Räikkönen being passed on track by Winkelhock’s Spyker, tyres up to temperature and going significantly faster than even the now similarly intermediate wet tyre shod Ferrari and McLaren now chasing him. Winkelhock crossed the line on lap 2, 19 seconds ahead of Massa.

Lap two saw seven cars go off at turn one as a river of water flowed down the hill. Winklehock pitted onto the full wets, lapped Lewis Hamilton who had gone off, and was now 33 seconds ahead of Massa, Alonso and the rest of the field, but all that good work was to come to nothing as the safety car came out.

The race was eventually red flagged briefly as the track dried, the flash rain shower gone as quickly as it arrived, Winkelhock lead the field behind the safety car when the action was restarted, but was swamped by the field as he was now on the full wet tyre on a rapidly drying track. Marcus would fight all he could but, by lap 15, his F1 adventure was over. His Spyker pulled out of the race with hydraulic failure and, with Sutil out on lap 2 as one of the cars crashing at turn 1, the day was done for Spyker. 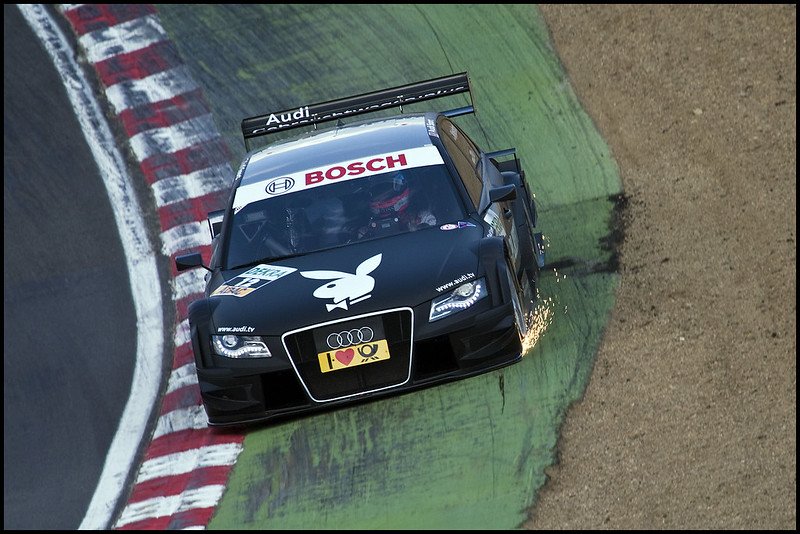 For Winkelhock, it was to be his only F1 race as he was replaced by Sakon Yamamoto for the rest of the year. He would go on to be a GT1 world champion and become an Audi driver in DTM and GT racing where he races in the Blancpain Series to this day, winning the Blancpain GT Series Sprint Cup - Pro-Am title last year and the Intercontinental GT Challenge in 2017.

For Spyker, however, it was one of their few peaks in motorsport. The F1 team did score a point at Fuji that year with their considerably improved F8-VIIB, the car would become the Force India VJM01 in 2008 but fail to score a second time. Spyker then went through the Saab saga (which will be the topic of next year’s Spyker article), but would ultimately come out of the other side and now produce the absolutely stunning C8 Preliator.

I always wondered what would have happened if Markus Winkelhock had been given more starts. As it stands though, even in his short career, he still set records and has amazing statistics. Winkelhock lead on his debut and over a third of all racing laps he ever competed. According to the US ‘Speed Channel’ he is the only ever driver to lead a race after starting last on the grid on debut and is also the only driver ever to start a race in last and then also restart a race in the lead. Not a bad effort if you ask me. 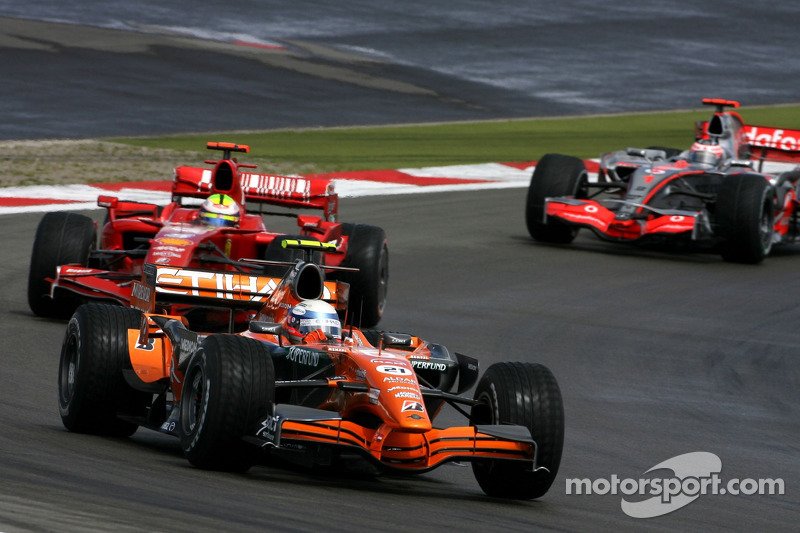