With the current worries about Formula 1’s 2021 constrictive design regulations making the grid look ever more identical, it makes you wonder, what was the maddest looking F1 car ever? Today Stelvio Automotive takes a look back at the 1972 Ferrari “Snowplough”. 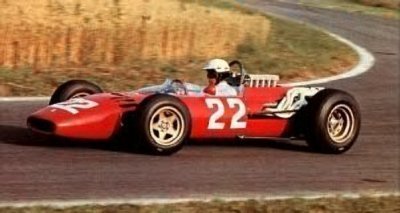 By the time of the early 1970s, Ferrari had gone through a roller coaster of years both in Formula One and the boardroom. Since their previous World Championship in 1964, Ferrari had been bought out by Fiat and had seen their racing team yo-yo from the front of the grid to as low as 6th (on 7 points in 1969). With the British innovators at Brabham, Lotus and McLaren as well as the French team, Matra, all getting the better of the Scuderia, Ferrari had to innovate quickly to catch up to their competitors.

In 1966, Formula 1 had changed the engine regulations, raising the 1.5ltr naturally aspirated capacity limit to 3.0ltrs in an attempt to keep up with the considerably more powerful sports cars of the day. This lead to two great engines of F1’s history, the Ford Cosworth DFV V8 and Ferrari’s 001 flat 12, but, at the same time, F1 was also going through a major overhaul in aerodynamics which would change the sport, forever. 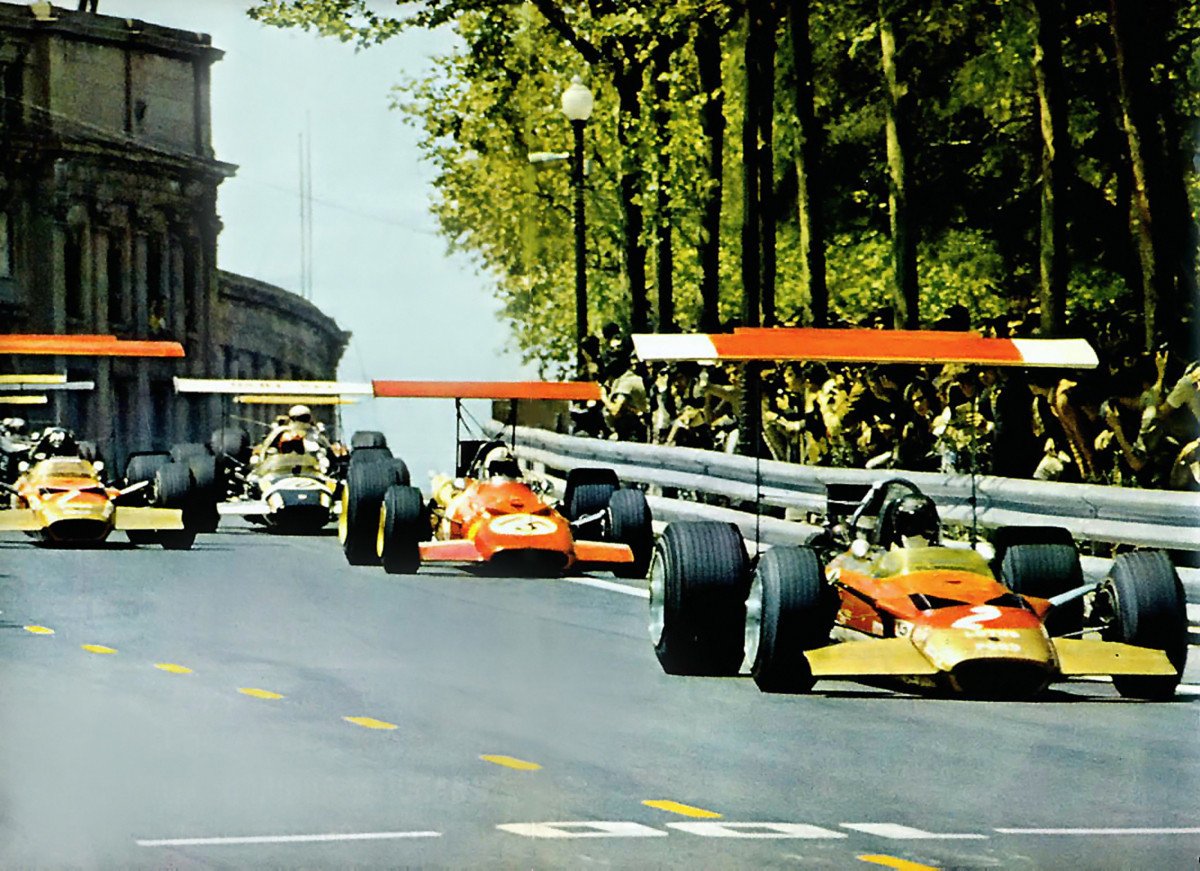 Tall rear wings had made their way onto the classic ‘cigar’ shaped F1 cars of the 60s, followed by tiny front wings which, all of a sudden, grew to envelope the front of the nose cone as the 1970s came around. Now relatively financially stable, Ferrari was able to invest heavily in both engine development (the area Enzo Ferrari famously believed in more than any other) as well as the aerodynamic and resultant chassis arms race which resulted from the huge new loads going through the cars.

In 1970, the Ferrari 312B came 2nd in both the drivers’ and constructors’, only behind the revolutionary Lotus Type 72. However, Ferrari lost a potentially huge number of points in 1971 due to retirements and slipped to 3rd, scoring 19 points. This lead to the team going all out on aerodynamic development and it is in now, in 1972, we come to the Ferrari B3.

The B3 concept, affectionately named “Spazzaneve” by the Italian media (the Italian word for Snowplough) was a result of Ferrari’s Italian designer, Mauro Forghier. As the man tasked with finding the golden ticket to trump a Lotus operation which had been pioneering innovations for the last decade, Forghieri began by moving the radiators from the front of the car to either side of the driver’s cockpit. 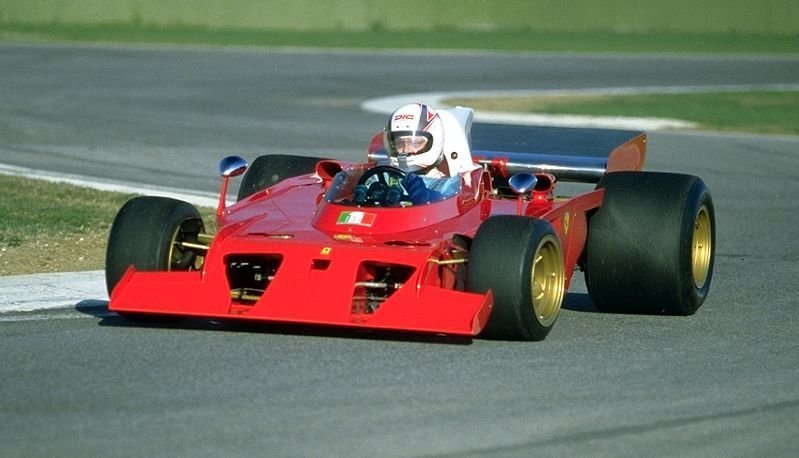 This change, which was already being implemented by Lotus, had two key advantages; firstly, it brought the mass of the car closer to the centre, improving handling dynamics, and also, it meant a full sized wing could be mounted to the front of the car without impeding the air going to the radiators. The front wing has two slots which feed air inside the car, through past the suspension arms and radiator intakes, then out the side of the car, creating a massive venturi.

The other major changes the B3 Spazzaneve has over past Ferraris include the huge rear wing. After the FIA banned the tall wings seen on cars around the turn of the decade, it brought the aerodynamics in close to the chassis, low down, allowing teams such as Lotus and Ferrari to create ‘wedge’ designs. Where the cars of the 60s were designed to cut through the air as efficiently as possible, the new wedge designs instead became critical in manipulating the air to press the car into the ground and feed air to the rear wing. 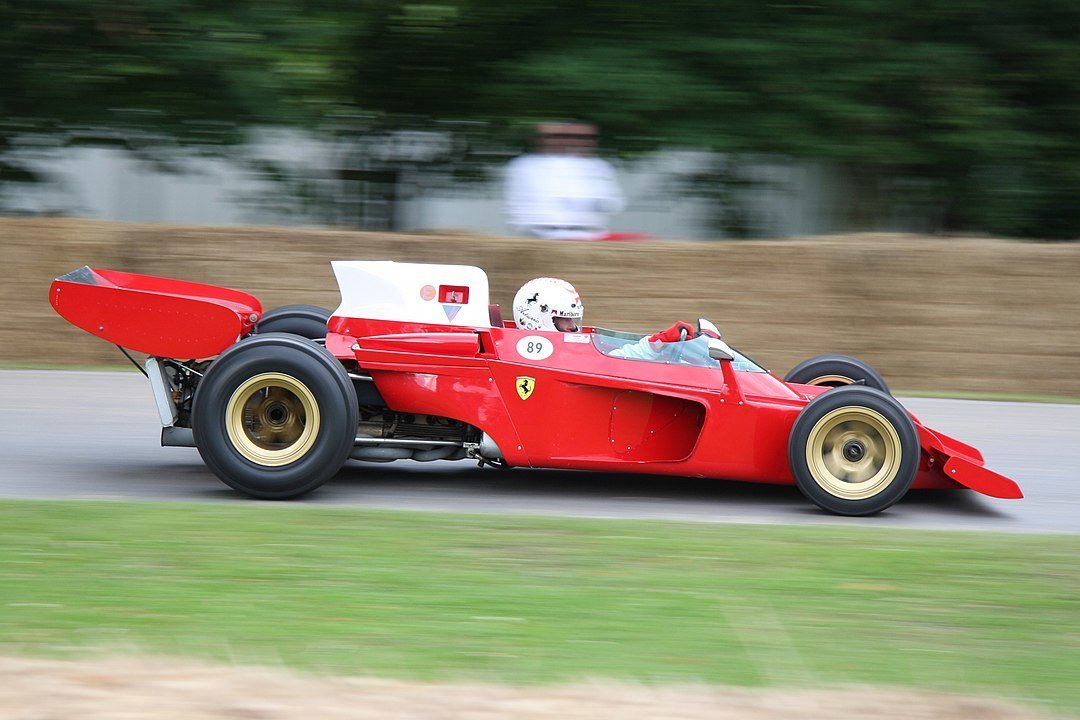 The Spazzaneve has other interesting features across the car, including a shark fin on the engine cover, a high windscreen and the enormous rear tyres needed to handle the increased power level of the 3.0ltr engines. It means the comparatively small front tyres give the best impression F1 has ever had of being a large go-kart as the driver can clearly see the movements in the tyres and forces going through the front axle. The Spazzaneve also had a short, wide wheelbase which would have given the car an agile handling characteristic, perfect for twisty tracks as well as riding bumps and curbs.

Sadly however, the Spazzaneve would never get the chance to show its potential. While it was in testing, Fiat and Ferrari decided to move Forghier from the main design team to the experimental department and he was replaced by Sandro Colombo. The Spazzaneve was ditched and for 1973 and the resulting season was a disaster. The new B3, a far more conservative design, was both slow and unreliable and this resulted in Colombo being sacked midway through the year and Forghier being brought back. 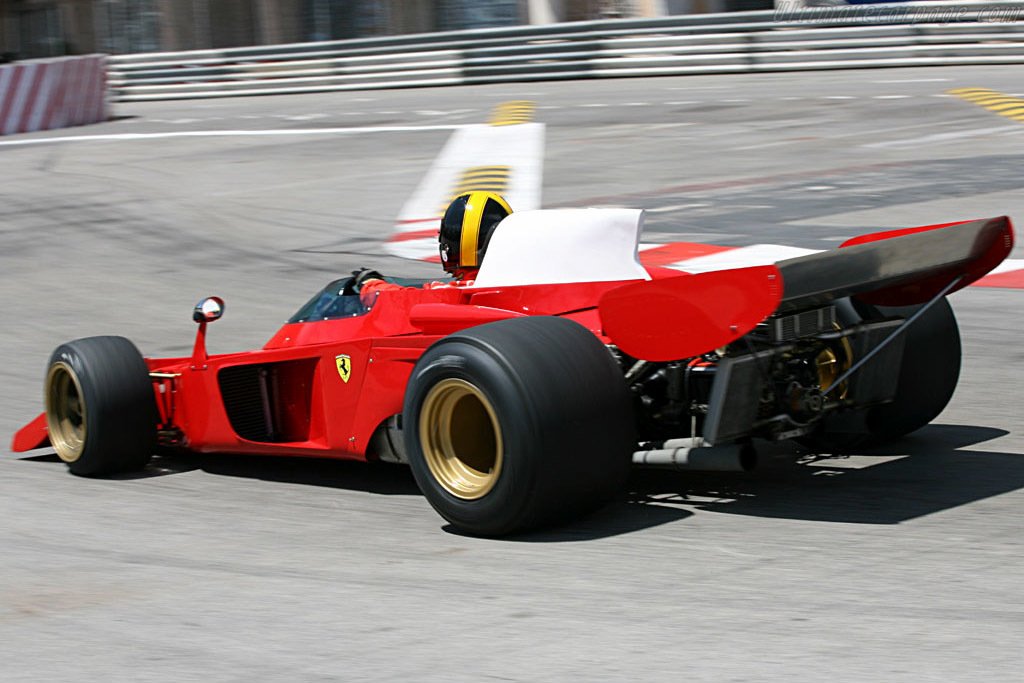 The Spazzaneve is a car which divides opinions. Some say it’s one of the ugliest F1 cars of all time, others, like me, see beauty in the details and what came from it in a wider sense. The Snowplough is one of those cars which tell a great story and shed a lot of light on how different both Formula One and Ferrari were nearly 50 years ago. Maybe too, it indicates how quickly things can change in motor racing and gives the Tifosi hope for the coming seasons in 2020 and ‘21.