End of the Era and the Promise of a Fresh Start – What Can Williams F1 Hope For as the Family Depart?

The sale of Williams Formula 1 to the Dorilton Capital group has already brought the change many were wondering and some were hoping, the exit of the Williams family from the head of the decision making table. Today Stelvio Automotive looks at how Williams got to this point and why this definitive action may, or may not, be exactly what they need to survive.

Writing this article is bittersweet. I am not a fan of the Williams team and have been critical of them over the years for a range of issues, from their driver choices to their underdevelopment of both cars and team structure, which have all ultimately contributed to the fall of one of the oldest teams on the grid.

However, I am saddened knowing that with judgement day now here, many of those working at the team who are finally seeing the shoots of progress in 2020, are now fearing for their jobs and the progress that’s been made as new management (likely without the same “racing competitive” mind-set that these engineers, designers, and many recent graduates have) “restructure” the finances and operations of the company.

To all those working at Williams F1, we at Stelvio Automotive wish you the very best going forward at this difficult time and we hope the new owners appreciate and value the hard work you do for the team. 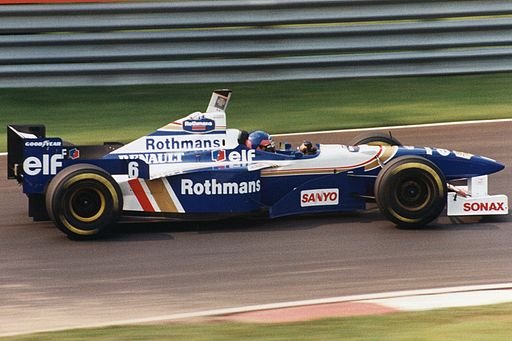 So what’s happened? Williams last won the Formula 1 World Championship in 1997 when Jacques Villeneuve and Heinz-Harald Frentzen drove the Williams FW19 to a double championship victory, beating the Ferrari F310B driven by Michael Schumacher and Eddie Irvine. It was the latest of a string of championship successes dating back as far as 1980 and after their 1997 showcase, Williams had the incredible record of only losing one of the last six constructor’s championships. Even that year, Williams had proven its strength in depth after sacking their defending champion driver, Damon Hill, and still coming out on top.

However, that impetus of invincibility which Williams had developed throughout the past decade was about to crack. In 1998, with the radical introduction of grooved tyres, slimmer cars, as well as the loss of their works engine supplier, Renault, Williams found themselves on the back foot. In 1998 Williams scored a mere 30.8% of their points tally they amassed in 1997 whereas the resources of Ferrari as well as the resurgence of McLaren left Williams trailing a distant 3rd in the constructor’s championship. 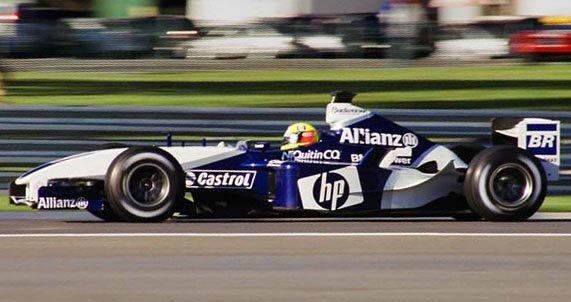 1999 saw no improvement as Villeneuve departed and Williams dropped to 5th, but at the turn of the century, with a new collaboration and significant finances thanks to BMW, Williams began to edge back to the top, fighting Ferrari and McLaren race to race with Juan Pablo Montoya in touching distance of the drivers crown in 2003.

But this was to be the highlight. When BMW left Williams after the latter refused to sell to them, it again left them with an increasingly meagre budget against an ever more expensive grid of cars and technology. Williams went through a raft of customer engine suppliers from 2005 to 2013, with only Pastor Maldonardo’s win in 2012 to show for all their efforts, before they finally looked like their old selves in 2014 when, with a slippery car and a huge power advantage from their new Mercedes V6 turbo hybrid power unit, Williams finally reached the front again.

Finishing 3rd overall in 2014 and 2015 were glorifying moments where the team scored pole position at the Austrian GP and lead a significant chunk of the British GP with Felipe Massa. But it masked the problems still at the team’s core and the failure to fix these resulted in the slide down the order. Williams finished 5th in 2016 and 2017, before hitting rock bottom, last place in the standings since 2018, leading to today, the buyout, and the departure of Frank and Claire Williams from the team. 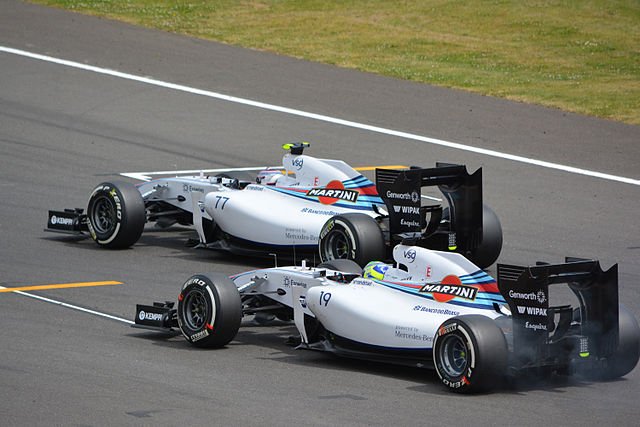 There will be many among the F1 community who are now asking a very key question, “is the Williams family leaving the team the right thing to do?” In short, the answer is probably yes.

As good a job as Williams did in 2014-15, its been reported for many years that the team has been fighting against the current when it comes to F1’s direction in terms of the cost and the way to go about building a car and, it is said, a lot of that has happened because of the autonomy of the Williams family. With Dorilton Capital’s takeover, the opportunity now arises where the division of power, allowing more specialisation of roles and easier accountability for areas which are letting the team down. This version of “divide and conquer” has worked at teams like Mercedes and, more recently, McLaren after the departure of Ron Dennis, but in the latter it also shows how Williams could go down again before they begin to achieve their goals of heading back to the top of F1’s pecking order.

McLaren have been through years of restructure, in large part due to their engine partner decisions but also due to their rebuilding throughout their businesses and their operations, making up for mistakes in the aerodynamic departments, compounded by financial problems caused by loss of sponsorship and selling of the company to external parties. Williams are similar in all of these weaknesses, only their problems are likely deeper and harder to fix than those of McLaren.

Dorilton might have been tempted to go down the route Racing Point have done in 2020 in closely developing a car alongside their engine partner, Mercedes, however, the FIA having closed off this loophole appears to shut out this potential “quick fix” for the team. So where can they look next?

Paddy Lowe has to be one of the names written on a sticking plaster. Part of the Williams fold from 2017 to 2019 before the disastrous car of last year resulted in his departure. Now the Williams family are gone, there appears little reason not to look at a big name like him, along with others to give the team the resources to get their long term prospects on track. With F1’s budget cap and the fairer division of wealth among teams coming in, the sooner Williams can start planning and bringing new ideas to the table for the new aerodynamic rules coming in 2022 and beyond.

Time will tell as to whether or not Williams has the staying power to succeed as the pyramid structure of F1 continues to build up B-teams which get in William’s way. Whether the team ends up being diverted into, more cost effective and “easier” series to succeed in, or if it ends up being sold off altogether, it will be intriguing to see what happens to the once great name that the sport has known for the past 40 years. 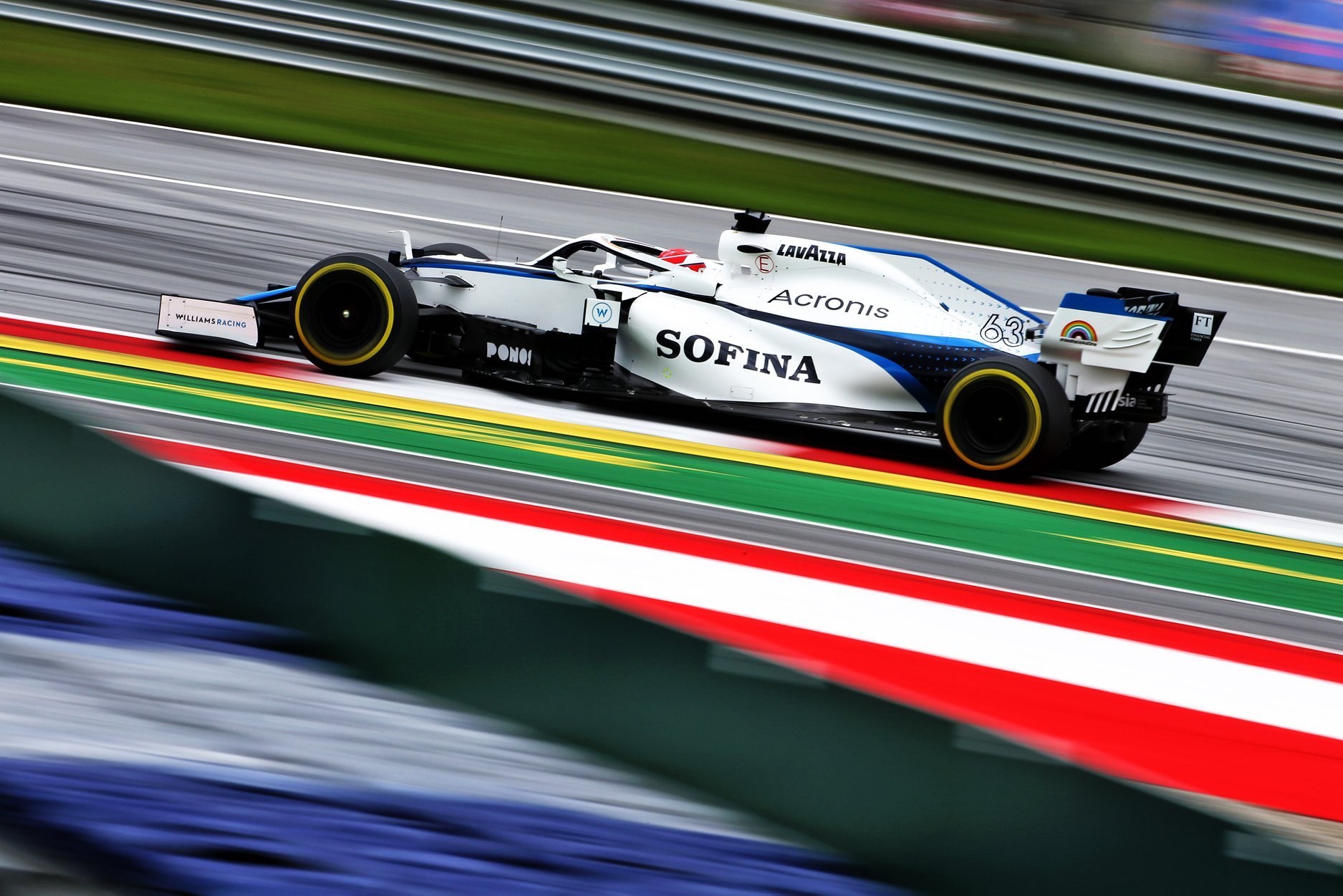