The Virtual Le Mans 24hrs saw Penske return to the Circuit de la Sarthe with a fresh vision of taking on the big names in Endurance racing once again. Today Stelvio Automotive rolls back the clock to when Penske and Porsche took down the might of Audi with the greatest LMP2 car of all time, the RS Spyder. 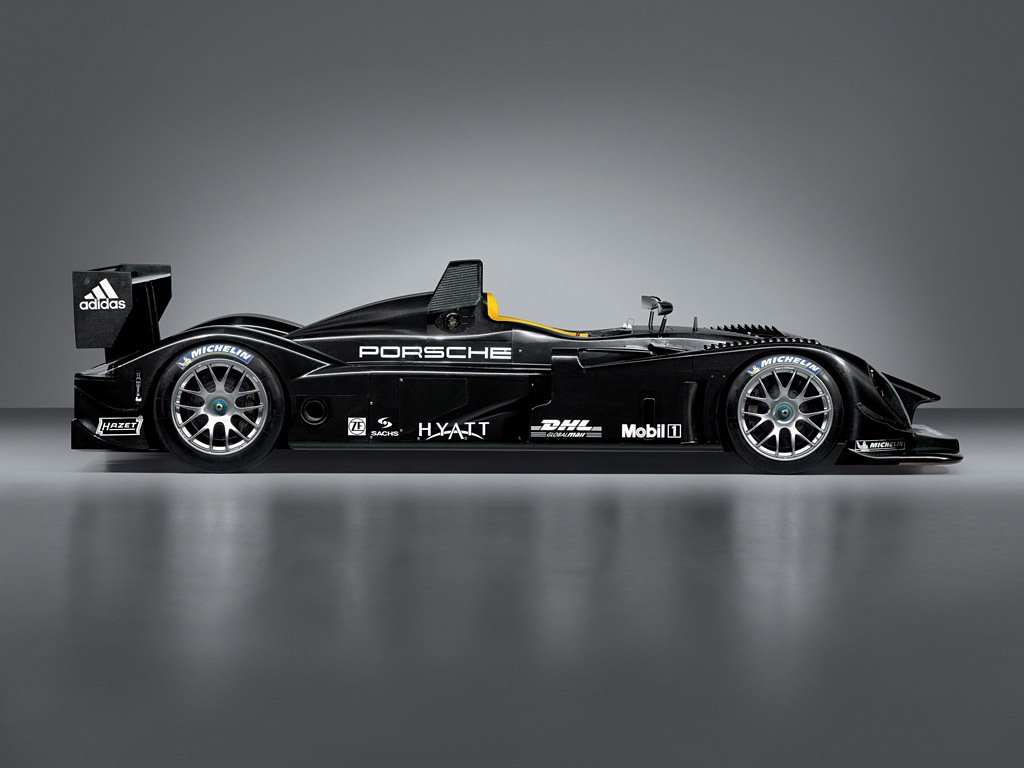 The upcoming demise of LMP1 and the new dawn of Le Mans Hypercar and Le Mans Daytona H has split fan’s opinions across the endurance racing scene. The thoroughbred cars which have rumbled, screamed and whooshed around the Circuit de la Sarthe for the past 20 years have produced all-time classic motorsport moments and will never quite be as good again with the new breed of LMP2 derivative and road car inspired hypercars which will take their place.

But, as we discussed in a recent episode of the Stelvio Chronicles, LMP2 is very different to what it once was! Back in the early 2000s, LMP2 (and its predecessor LM675) were the privateer class, not necessarily for independent buyers as it is today, but for smaller manufacturers like Radical and Lola where these often very fragile cars would be fighting to finish rather than fighting for overall victory. That all changed in 2005 when Penske, debatably the greatest American racing operation, teamed up with Porsche to bring a huge name into the LMP2 field, and they released the RS Spyder.

The RS Spyder was Porsche’s first Le Mans car since their 911 GT1 they won the great race with in 1998 and featured a fully works backing from the initial design to the engineering and track operations. The RS Spyder, nicknamed the ‘Penske Porsche’ due to the tie-up, featured a fully carbon fibre monocoque, a 3.4ltr V8 producing 478bhp, paired to a 6 speed semi-automatic gearbox. The car was open cockpit as was the norm for LMP cars at the time, and the car took advantage of the lighter weight LMP2 cars were allowed over their LMP1 cousins with the RS Spyder tipping the scales at only 750kg, 150kg lighter than the new LMP1 car being developed at the same time by Porsche’s VW group stable-mates over at Audi, the R10 TDI. 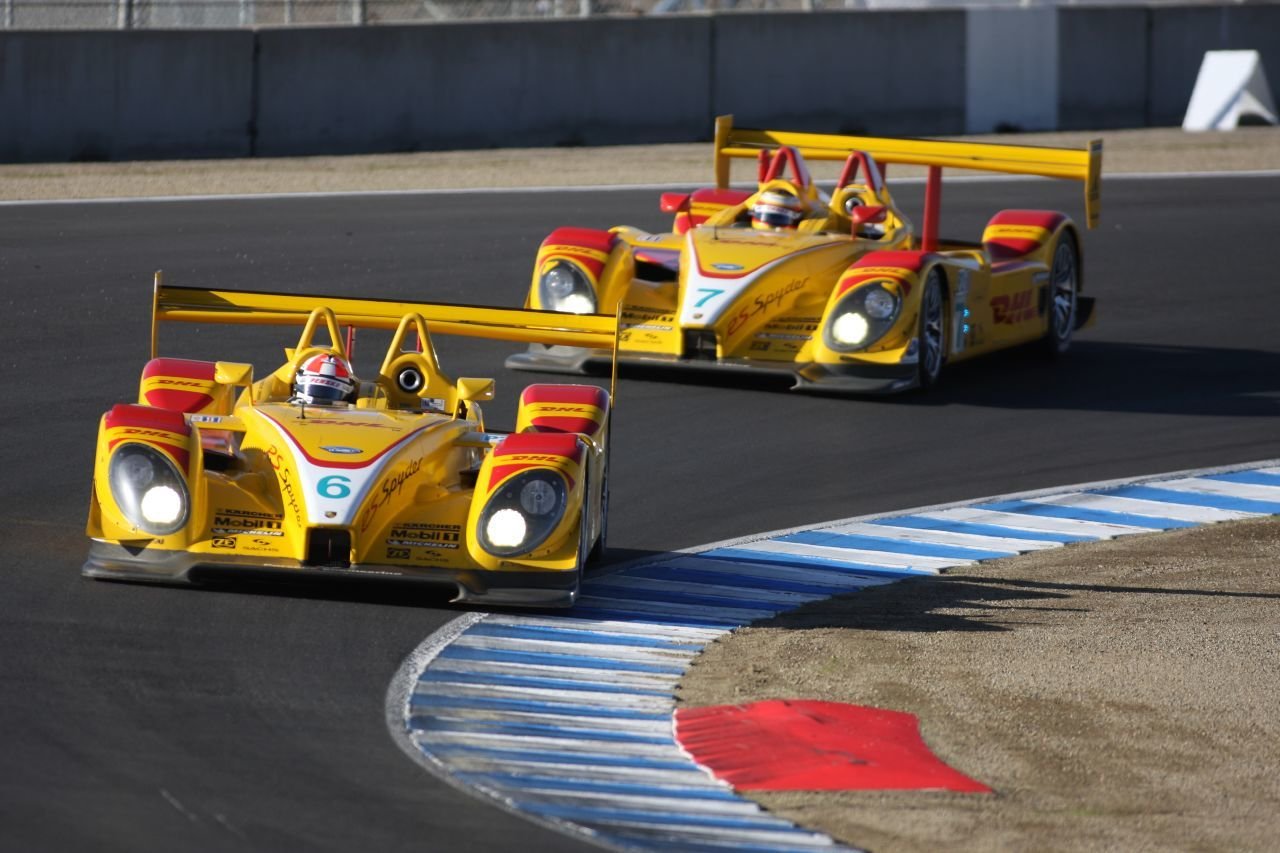 Due to the Penske tie-up, the Porsche RS Spyder was chiefly developed to race in the American Le Mans Series, a key market for Porsche and the VW group as a whole. On debut in 2005 the car won its class at the season ending round at Laguna Seca. Even at this first race, the RS Spyder showed its potential with a 5th place finish overall, only a single lap off the winning LMP1 car and eight laps clear of the next LMP2 class rival, but nobody could have possibly expected what the car would do in the following years.

In 2006 RS Spyder won 7 of the 10 rounds in the LMP2 class but, more impressively, the Penske Porsches also finished 1-2 overall at Mid-Ohio, defeating the works Audi R8 as the R10s were preparing for Le Mans. The R10 and RS Spyder got their first proper dual at the Utah Grand Prix, the fifth round of the season, where the 700bhp of the R10 and the torque and efficiency of the diesel engine only just allowed it to hold on against the visibly lighter and more agile but relatively underpowered LMP2 Porsche (with approximately 250bhp less). In 2006 Lola were the only LMP2 car which could bother the RS Spyder, but the superior resources, engineering and reliability of the Porsche was clear throughout most of the season.

2007, however, was to be where the RS Spyder wrote itself into history as the greatest LMP2 car, and one of the greatest Le Mans Prototypes ever to be built. The new for 2007 RS Spyder-Evo featured more power, taking the car to 503bhp, and additional refinements throughout the car. Porsche may have had the best chassis but these changes were needed as Acura (Honda) had joined the LMP2 field as a works team, posing a much more dangerous challenge than Porsche had faced before. 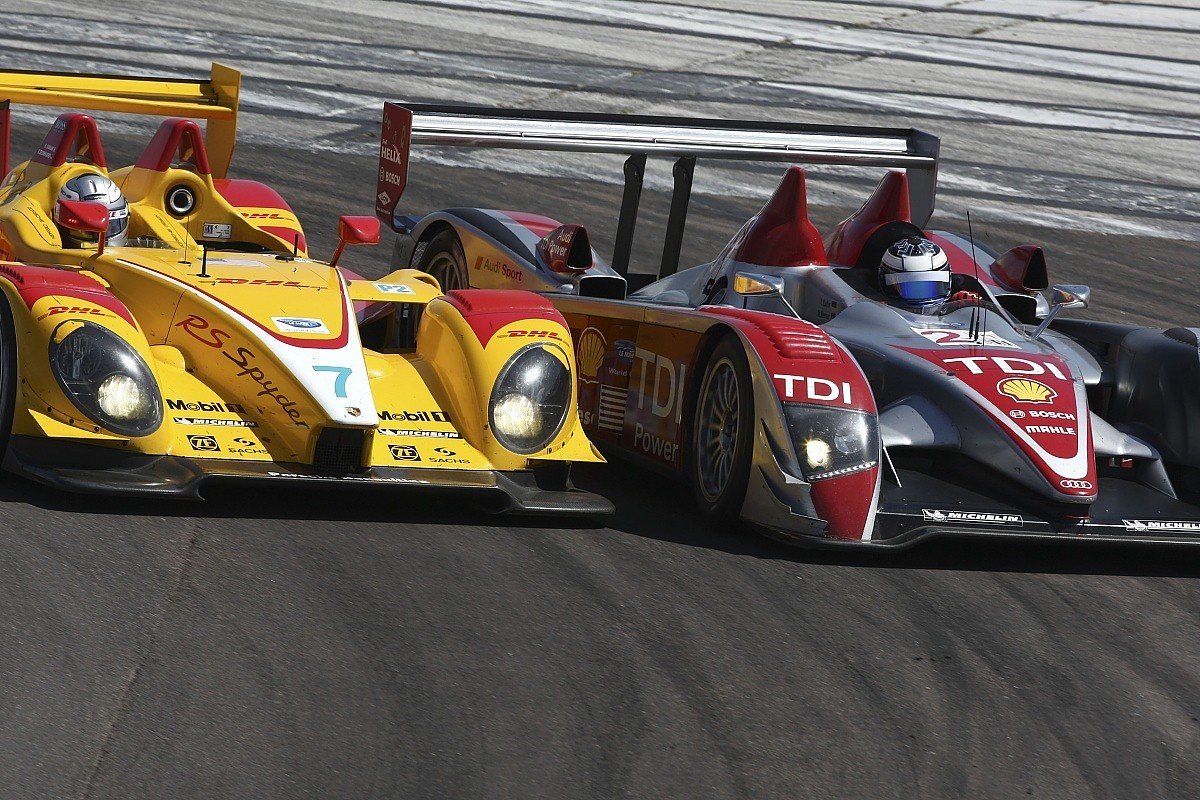 Despite this, Porsche would win 11 of the 12 races in the LMP2 class, but the bigger story was how the car absolutely embarrassed the works Audi squad. The RS Spyder won eight races overall, double that of Audi. The season was a classic as Penske’s professionalism repeatedly gave Audi a bloody nose as the works silver cars suffered from reliability, crashes and, as seen in 2006, the weight of the diesel engine and LMP1 class giving the Penske Porsche RS Spyder enough of a fighting chance at every round to beat the Audi R10s on genuine pace. Romain Dumas and Timo Bernhard won the drivers’ championship and Penske won the teams' championship, making history in the process.

The RS Spyder would be subject to a rule change in 2008 where 75kg of weight was added to the car, giving the advantage to Audi. As a result, Porsche had to refocus their efforts against the considerably improved Acuras. Despite only winning 5 rounds in LMP2, Porsche and Penske were able to win the LMP2 teams’ championship for the final time before both parties withdrew their factory backing to the project for 2009.

But that wasn’t the end of the RS Spyder’s story... In 2008, the car raced for the first time outside of North America in the European based Le Mans Series. The car finished 1-2-3 in the standings in LMP2, winning every race. At Le Mans in 2008 the car qualified three seconds ahead of its nearest class rival and went on to finish 10th overall, 21 laps (or well over an hour) ahead of the first non-Porsche LMP2 car. 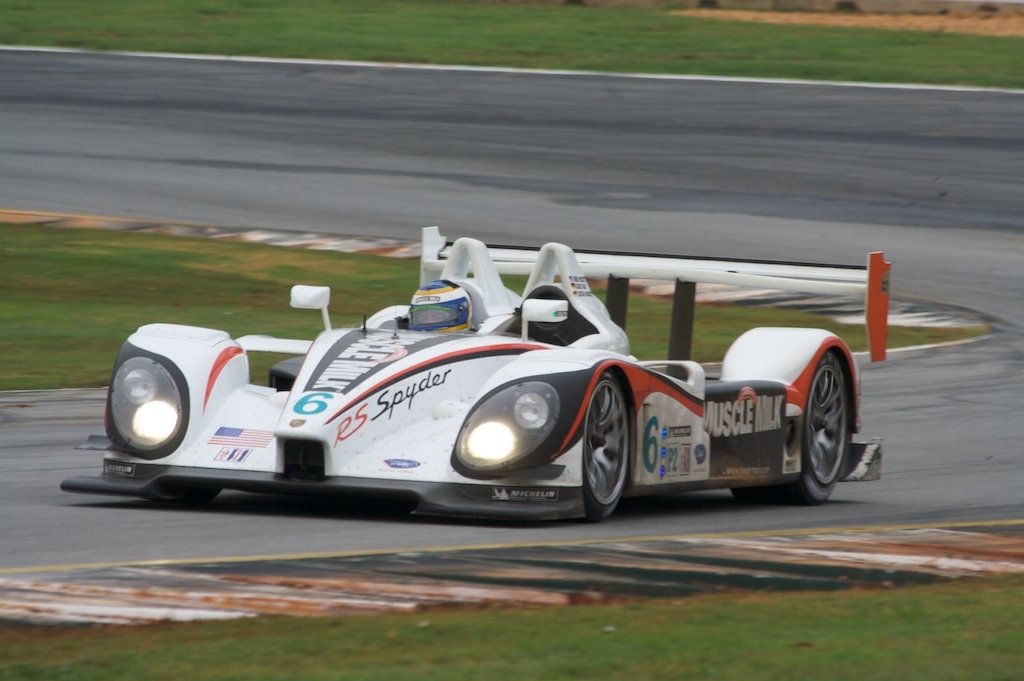 The cars final outings came in 2009 and 2010. In 2009 the car would repeat its Le Mans class victory, qualifying four seconds ahead of the next best machine and finishing 10th, again, with a 14 lap gap to Speedy Sabah - Lola (the team who would eventually become Rebellion Racing). In 2010 a customer team, Cytosport, ran the car in the ALMS for its final season of racing, despite its age and over a year without major development, the RS Spyder still came 2nd in the championships, with overall victories at the Northeast Grand Prix at Lime Rock and the Grand Prix of Mosport.

With 13 overall victories (all scored against supposedly faster LMP1 cars) and 35 class wins from 63 starts, the RS Spyder is one of the most successful prototypes ever. As an LMP2 car, nothing comes close to the giant killing achievements it achieved in 2007 in beating the works Audi R10. Its legacy lived on as the engine became the basis for the Porsche 918 hypercar and many of the RS Spyder’s drivers would be recalled to the Porsche LMP1 team when the 919 project materialised in 2014. Because of the success of the RS Spyder, it reshaped LMP2, in 2011 the cost-cutting measures to make the class viable for privateers again effectively banned the car, and this lead to the standardised engines and B.O.P. chassis rules we see today.

The RS Spyder is a legend of motor racing. Who knows what will happen with LMDh? But wouldn’t there be a story to be told if Porsche and Penske were to team up again in the years to come... 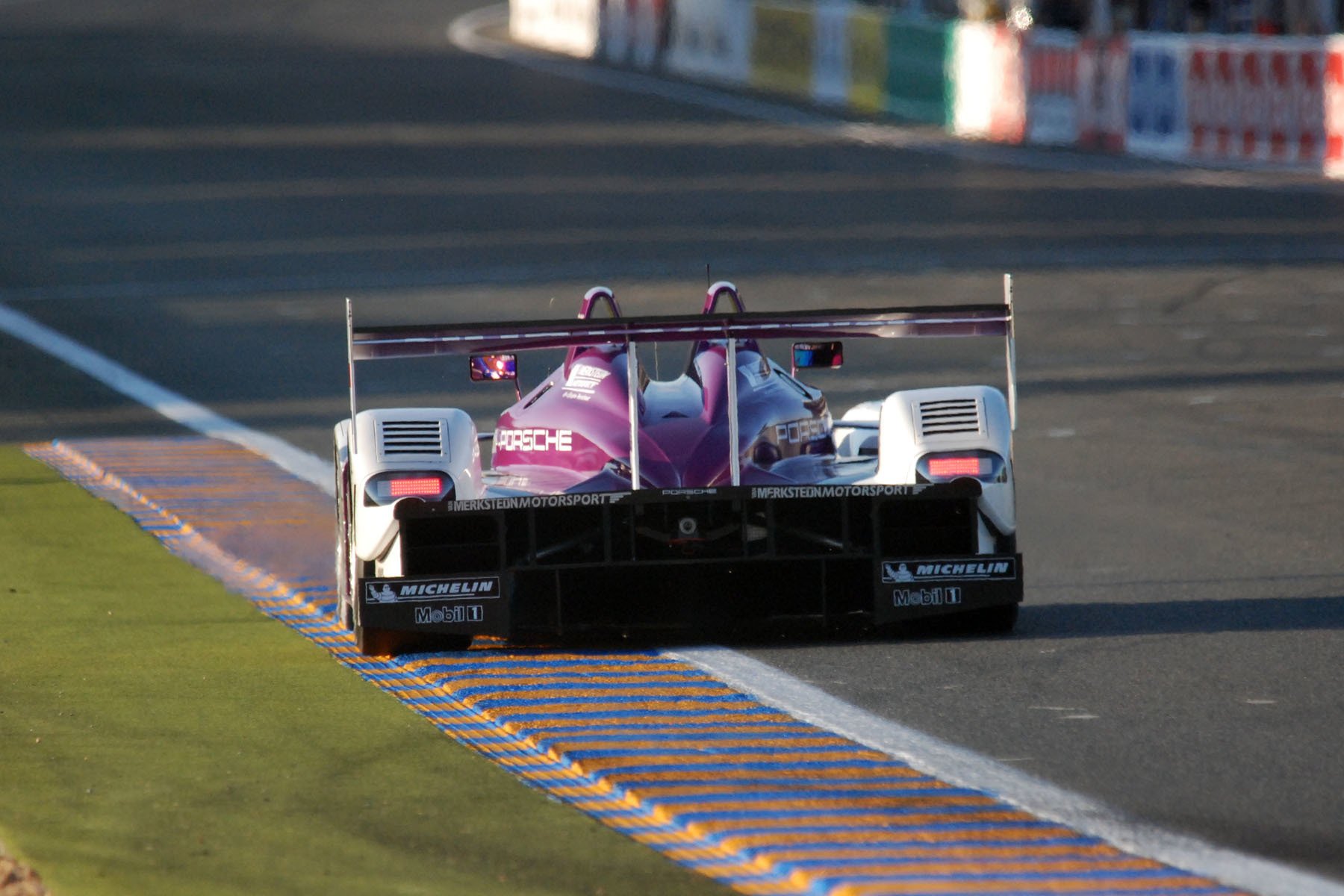