Return of the King – Can Marc Márquez’s Eventual Comeback Save Honda From Another Embarrassment in 2021?

The absence of MotoGP’s 6-time premier class Champion, Marc Márquez, revealed the deep, otherwise obscured, issues in the Honda Racing Corporation’s MotoGP squad and its RC213V. Today Stelvio Automotive looks at whether their 28 year old talisman will be enough to haul Honda up from 6th in the constructors’ standings, or if recent examples point to a more uncertain fate?!

Abysmal. The word that comes to mind when I look back at the 2020 MotoGP season from the perspective of the biggest team on the grid, the Honda Racing Corporation.

A marque that has been at the forefront of the MotoGP grid for over 20 years sporting the works team’s trademark Repsol orange colours, often being pursued by one or more factory-built privateer bikes, Honda has often been referenced as the number one target for its long-time rivals Yamaha and Ducati. In 2020, however, Honda found itself going from 4 consecutive riders’ and manufacturers’ crowns to a best of 10th in the riders’ standings with Takaaki Nakagami and second last, behind all but Aprilia, in the manufacturers’ standings. As I say, abysmal by Honda’s standards.

A newbie to motorcycle racing would attribute this to one thing, the loss of Marc Márquez. The 8-time MotoGP and 6-time top class champion who has steamrolled Honda to one of their most dominant periods in history. The Spaniard was ruled out of the season after a crash in the opening round, breaking his arm, undergoing three operations and side-lining him to hospital and his home over the next five months. 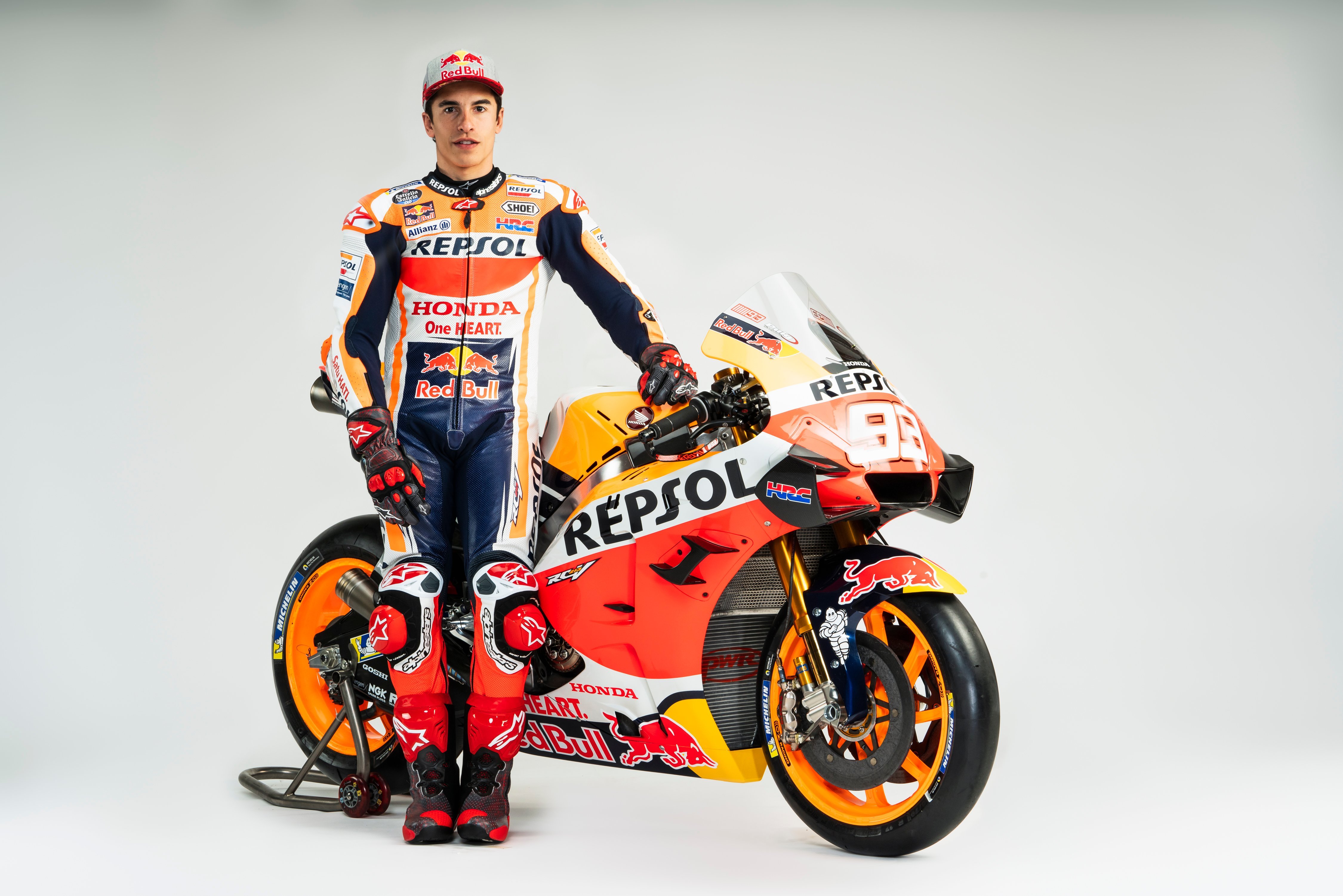 Now, 8 months later, despite now being able to ride again, Marc Márquez has confirmed he will miss the first two races of 2021, and nobody really knows how well (or even if) he will fully recover when he gets back on the bike.

But, to me, Honda’s troubles are much deeper than just Marc Márquez.

Years of over-reliance on the success of Márquez, as considerable as it has been, has meant HRC have tailored their operation too acutely to one man. This has created a bike which is able to lean further than any other, accommodating Márquez’s “elbows” style. But this is not a style which is comfortable, or even possible, for most other riders. We have seen recently from Dani Pedrosa to the farcical saga of Jorge Lorenzo’s time at Repsol Honda that they have been uncomfortable and often just plain slow on the same machinery which Márquez was taking to poles, victories and fastest laps at almost half of the races he has contested thus far.

Marquez’s own brother, 2019 Moto2 champion graduate Álex Márquez, and Stefan Bradl, another Moto2 champion who has spent more than half his decade-long career on Honda MotoGP machinery, failed to come close to what we have seen from Marc. Bradl’s best result was a single 7th place and Álex, albeit in his first season in the top class, managed a pair of back-to-back 2nd places but only scored 34 points over the other 12 races. Even Cal Crutchlow, who has been the second-best Honda rider for years, only scored 32 points with a best finish of 8th all season. 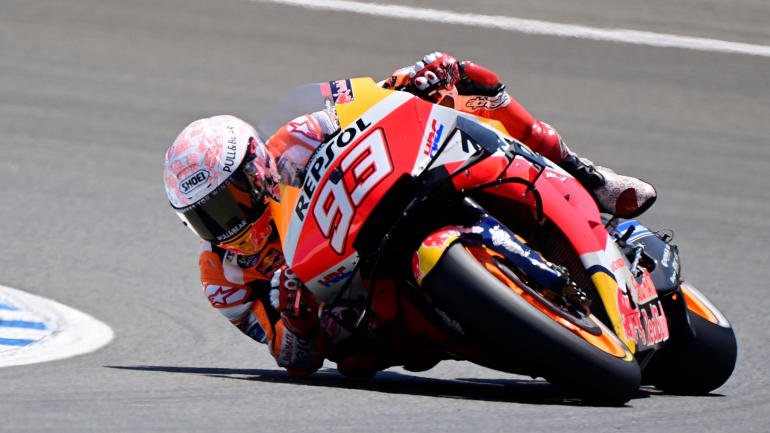 There are more examples, but just from Pedrosa, Lorenzo and the 2020 Honda riders there is already clear evidence that the Honda, once considered as being a bike anyone could win on, is no longer the class leading machine it once was.

The question is what do Honda do next? The RC213V is an ageing chassis, with its original form appearing in 2012, but would something as “simple” as a fresh sheet of paper be enough? With Honda’s recent attempts of doing just that, the answer could be no.

In the World Superbike Championship, MotoGP’s road bike badged sister series, Honda used to be a top-line marque with James Toseland winning the 2007 championship with the British rider finishing as runner up on his first year aboard the bike a year before. Since then, the Fireblade has not featured near the front of the Superbike standings as Yamaha, Ducati, Aprilia and Kawasaki went on to dominate ever since. When Nicky Hayden went to the WSBK in 2016, he was a surprise winner at the Malaysian GP, thanks to a masterful wet weather ride, winning Honda their first race in over two years! That bike was outdated even before Nicky arrived and the refreshed version which followed in 2016 was even worse. Honda threw their might into another refresh for 2020 with Álvaro Bautista, winner of 16 races in 2019, making huge headlines to spearhead the project, but he could only muster a single 3rd place podium as he and team-mate Leon Haslem ended up with less than a third of championship winner, Jonathan Rea’s eventual points tally.

Although not directly related, Honda’s F1 project is another high-profile case where the marque has failed to match the competition and subsequently take years to catch up. The examples I have referenced are why I don’t think Honda can afford to have another year like they did in 2020 and why they need Marc Márquez back by round 3 of the season at the latest. 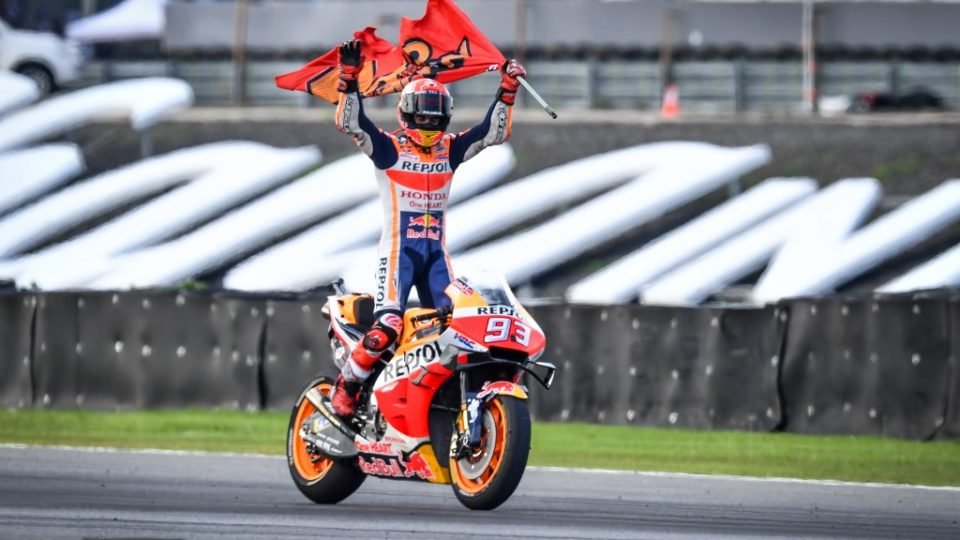 If Marc can come back and be even 90% as good as he has been over the last decade, even aboard a bike which isn’t the best, he will still win. If the 2020 MotoGP season revealed anything, it was that there is no standout rider in the remaining pack as each one failed to capitalise on Márquez’s absence. Mir’s eventual championship was won with a 171 points from 14 races, an average of 12.214 points per race, and he only won once. By comparison, Marc’s worst season in MotoGP is 13.444 points per race (where he finished 3rd with 3 victories) and his best is 2019’s record breaking 420-point season where he averaged 22.105 points per race, winning 12 of the 19 and never finishing lower than 2nd.

So, if Honda have lost the top spot and Márquez doesn’t come back at his best, what next? Honda are due a new bike, but, as I have indicated, they also need to have a serious restructure and change in philosophy and priorities when it comes to motorsports. As for Márquez, some will say there is a prospect for him to move teams… no. Honda have given Marquez everything he has needed and Márquez has seen all the other teams have exactly the same dips in form as Honda had in 2020. For the next couple of years, at least, there is nothing for Marc Márquez to worry about with regard to Honda’s ability to give him a bike he can ride the wheels off to win.

Will that happen in 2021? It’s a big ask and requires a lot to go right for both Repsol Honda and it’s star rider, but, with no betting companies even offering odds for Márquez in 2021 due to the class above that he is, I think it’s certainly possible. 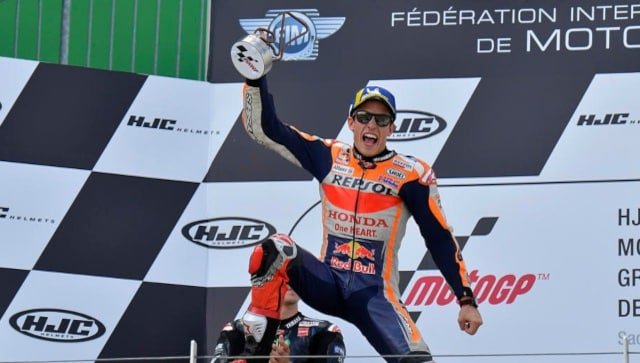