Wide Open Field – Which of Formula E’s 12 Championship Contenders Will Walk Away With the Crown?

With 3 rounds to go, and just 24 points between championship leader, Edoardo Mortara, and 12th placed Pascal Wehrlein, season 9 of Formula E has been fantastic for those who want a close fight to the end of the year. But there can only be one winner! Today Stelvio Automotive looks at the clues which could indicate who will walk away with the title.

Mercedes, Jaguar, DS, BMW and Audi… five different powertrains have taken eight different drivers to the top step of the podium in the first nine races of the 2021 FIA Formula E Championship.

By anyone’s metric, irrelevant of their views of Formula E, the increasing electrification of motorsport, or even the electric car as a whole, that figure is an incredible stat which the likes of F1 could only dream of.

Mercedes have impressed, currently leading the constructors’ standings in only the second year of their full works effort. Their two star signings of Stoffel Vandoorne and reigning Formula 2 champion, Nyck de Vries have both shown their quality with the former taking a pole, two fastest laps and a win and the latter taking the first pole position of the year, two fastest laps and two dominant race wins. But a combined 7 retirements have stopped the silver arrows from pulling clear of their rivals and, as a result, de Vries and Vandoorne are 5th and 6th in the standings, 12 and 17 points behind. 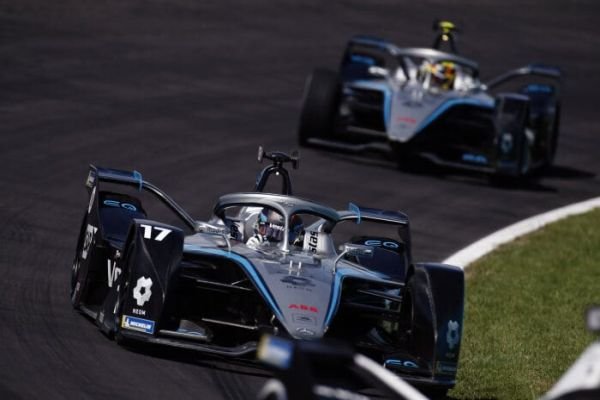 Defending triple consecutive champions DS Techeetah have arguably had the most disappointing season of any team. Despite only being three points off Mercedes, the inconsistent performances of both FE’s only double champion, Jean-Éric Vergne, and reigning champion, António Félix da Costa, have hurt the team’s domineering image it has curated over the past four seasons. Da Costa is (incredibly) in third in the drivers’ standings, 12 points off the top with a single win, but has failed to score in five of the nine races, while Vergne, 10th in the standings, is 22 points down, scoring half his points from his win in Rome. DS have the team and the talent but need to desperately sort out their bad luck to defend their crown from the bigger teams.

Jaguar’s Mitch Evans (5th) and Sam Bird (11th) have debatably the fastest team pairing on the grid. Bird has continued his incredible record of winning in every season of FE, and Evans has continued to show his consistency with three podiums and strong showings through most of the season. Jaguar have continued their rise up the grid but too many incidents with both their drivers have stopped the team stealing a march on the others. Jag have not yet shown the ultimate pace they might need to win the championship, but they could be dark horses for the constructors’ title if the rest of the field continues to trip itself up, They are currently only 4 points off Mercedes. 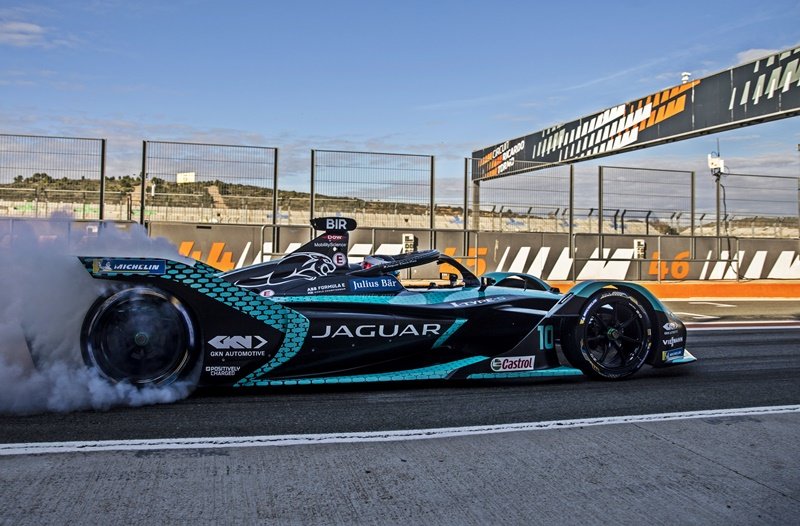 Despite their announcement of leaving the series at the end of the year to return to Le Mans, Audi have managed to dispel the form of their awful 2020 season and sustain a much more impressive and consistent campaign this year. Lucas di Grassi may not be in the championship picture, but his inherited win in Puebla has put a cherry on top of the incredible campaign for René Rast. The DTM legend is currently 4th in the standings in what is his first full time season, 12 points off the top, all while having to learn every track he has visited this year. Rast is only getting faster and with the double header finale in Berlin, a track he scored a podium at last year, Rast could close Audi’s FE saga in style.

Audi’s customer team, Virgin Racing, add another string to the German marque’s bow with current second placed driver in the championship, Robin Frijns. Frijns is the only full-time driver to finish every race of the 2021 season and, despite not yet winning a race this year, is only 10 points off Mortara. Virgin have scored a pole and a fastest lap through Frijns as well as a pole though their second driver, Nick Cassidy, but the latter’s poor form means they are unlikely to pose a threat in the constructors’ title or be able to team play if Frijns needs it at the end of the year. Frijns was a contender two years ago, but will need to take that last step to capture the title. The same is true of current championship leader and most recent winner, Eduardo Mortara. The six-time winner at Macau has been threatening to become one of FE’s top talents since he was announced as a driver four years ago. Mortara is happy to get his elbows out in a fight and has a magical touch on difficult tracks where the surface is the most limiting factor. But, like Robin Frijns, Mortara does not have a consistent team mate to back him up if he needs it at the end of the year, which could be his downfall if he does get into a track fight one too many times.

The remaining championship protagonists are BMW’s Jake Dennis, Nissan’s Oliver Rowland and Porsche’s Pascal Wehrlein. Dennis and Rowland, currently 8th and 9th are, in my view, two of the weakest links of the 12 drivers currently within a race win of Eduardo Mortara. Dennis has had an excellent season so far, all in his debut campaign, but I think his BMW team could struggle. They have not finished higher than 5th in the standings, and that lack of championship experience is my biggest concern. Rowland’s Nissan team are, if anything, even more of a limiting factor as they are currently 10th in the standings, falling from their incredible high point as Renault in the early years of FE. Rowland has scored a pole and a fastest lap this year, but due to four non scores, he finds himself 19 points down. 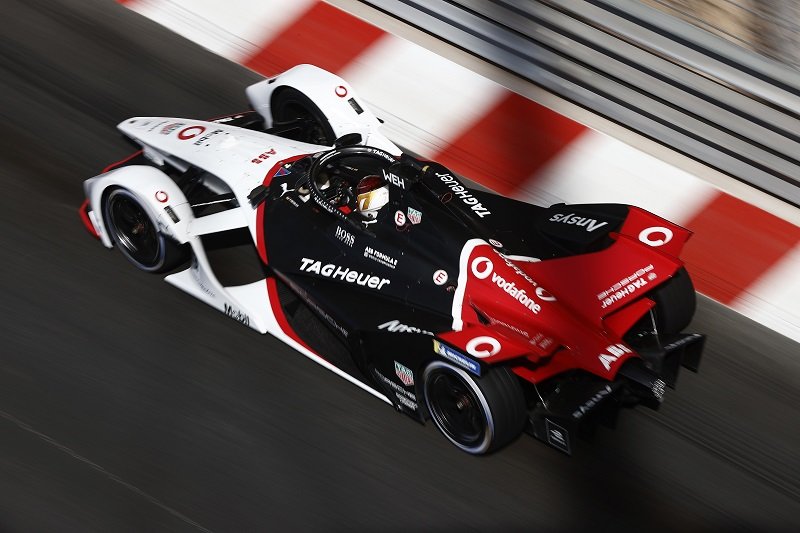 Which brings us to the final driver on our list, Porsche’s Pascal Wehrlein, the driver I think could be the one to storm his way to the title, despite being the furthest away of the 12 drivers listed. Why? Wehrlein is FE’s biggest un-sparked firework, after being pushed out of F1, he went to FE two years ago, scored a podium in his second race, a pole in his third race, but since then, despite many front running races, has only scored two additional podiums in his 26 starts. The reason I think he will pull off what looks impossible is how incredible he was in the last race at Puebla. He won the first race at a canter, before being disqualified the second he crossed the finish line for the ridiculous technicality of Porsche not registering his tyres on time, losing him 25 well-earned points which alone would have put him at the top of the standings.

With his lowlier championship standing giving him a better qualifying group at the next round in New York, a win or even a double haul of points while his rivals start further back could put him in touching distance in one weekend. Added to that, Wehrlein’s consistency and avoidance of scruffy accidents, which he has shown throughout his career is what I think may be the determining factor in this year’s crazy season. 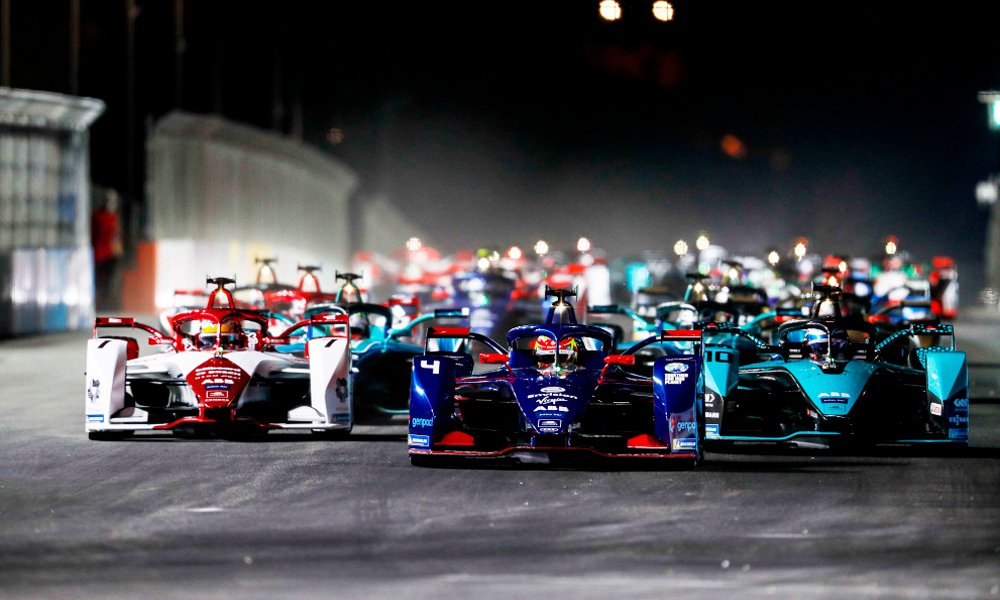