From the Editor’s Desk – February 2022 – Have Ferrari FINALLY Made a Gamble Which Will See Them Back on Top with the F1-75?

Thirteen years after the team in red claimed one of the big trophies, the first week of testing has given hope that Ferrari may finally be able to have a car which can challenge for a title. But history is not on their side as Stelvio Automotive’s Editor in Chief discusses…

The 1996 Ferrari F310, the 2009 Ferrari F60, and the 2014 Ferrari F14 T, three cars, all with one interesting connection, they all pushed the boat out with new rules, and all three were found to be flawed, resulting in subsequent developments which drastically changed the car either in season or over the following campaigns.

This was the second thought that came into my mind when I laid eyes on the brand-new Ferrari F1-75, their new challenger for 2022, long heralded as the car which will see the Scuderia not only back to winning ways, but back to Championship contention and glory. The first thought? “Wow, this thing is beautiful.”

It’s very often said that a good-looking car is a fast one. I’ve never really been sure if the context of that means an attractive car ends up being quick or if a quick car ends up being attractive, but the F1-75 definitely has the first half of the criteria filled with a big, red tick. The F1-75 is one of the prettiest cars the Scuderia has produced in the last 20, maybe even 30 or 40 years (although the F10 is still #1).

From the super thin nose, with a tiny air vent in the tip, evoking the car’s predecessors from the early 90s, to the now already famous “scalloped” side pods, discussed in the latest episode of ‘The @StelvioAuto Show’ and throughout the wider F1 media, the almost vertical sides, the shark gills and just the colour scheme finally being RED again… everywhere you look, you can see a car which has had a huge amount of time and development effort thrown at it. For once, Ferrari may have a car which can live up to its promises. 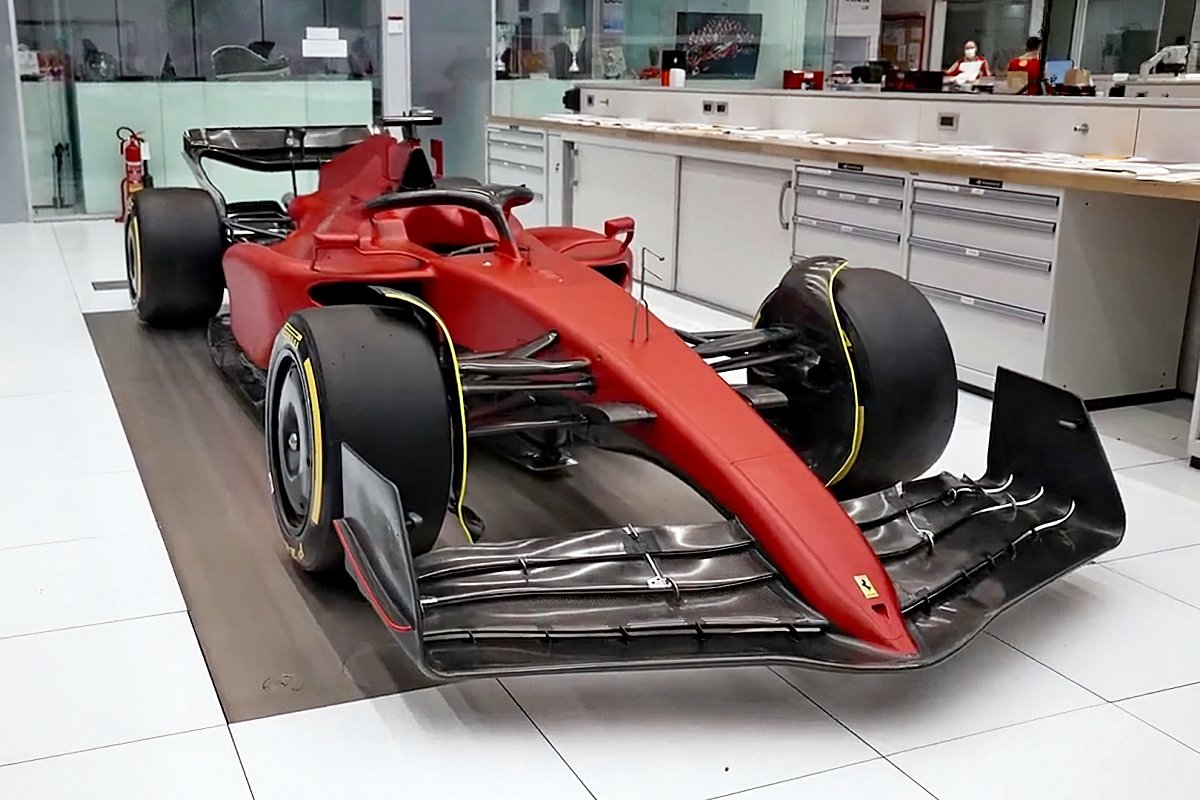 The first week of testing has shown well too. Ferrari were fastest on day one and two, with the drivers saying even then that there was more potential and speed left to unlock. The car has done a lot of laps, been at the top of the charts, been reliable, no major bodywork has flown off, no engines have exploded (very important with Ferrari’s newly updated power unit for 2022). You often get a glimpse of how a team is doing by looking at the demeanour of the drivers in interviews (as well as how the car looks on circuit) and both Charles Leclerc and Carlos Sainz both look relaxed, happy, but maybe more importantly, they’re not giving journalists the whole story of what they think of the car’s true pace.

If the test in Bahrain goes anything like it has in Spain, Ferrari are looking more set up and ready to race than they have for the last 10 years, maybe with the exception of 2017 where the SF70H also looked great… but therein may lie a clue as to why Ferrari might not be about to leapfrog the runaway teams since 2009, Mercedes and Red Bull. Can Ferrari avoid making a mistake?

In 2017, the first year of the current two-metre-wide cars, Sebastian Vettel started the season immensely. Three wins and three second places in the first six races gave the impression that Ferrari had come out firing on all cylinders, but after a pair of 4th places in Canada and Azerbaijan, the title hopes slowly faded away as mistakes and Ferrari being out-developed by Mercedes left them further and further adrift, Vettel lost the lead of the championship at Monza, was taken out from pole in Singapore, managed a token win in Brazil, but it was too little too late.

Ferrari, over the next four years, never looked like competing at that level again. That 2017 campaign is remembered as a good one, comparatively, when you look at the previous three big rule change years. 2014, the “vacuum cleaner” F14 T (it spells Fiat, and is still funny) was an awful car, with an engine that was woefully behind Mercedes, a bad chassis, an extreme aerodynamic concept that failed to win a single race. Aside from ‘ugliest F1 car’ lists it is largely forgotten, or at least its memory is suppressed, by most Ferrari fans.

Before that, 2009, the F60, or as I call it “the goblin”, the car following Ferrari winning the constructors’ championship and almost drivers’ championship was the first hybrid year of Formula 1. The car was ugly, undercooked, missing aerodynamic tricks others found, such as the double and triple diffuser, was overweight, and only won the Belgian GP through Kimi Raikkonen missing T1 by passing everyone off the track, (reminder, it was replaced by the gorgeous and much more successful F10). 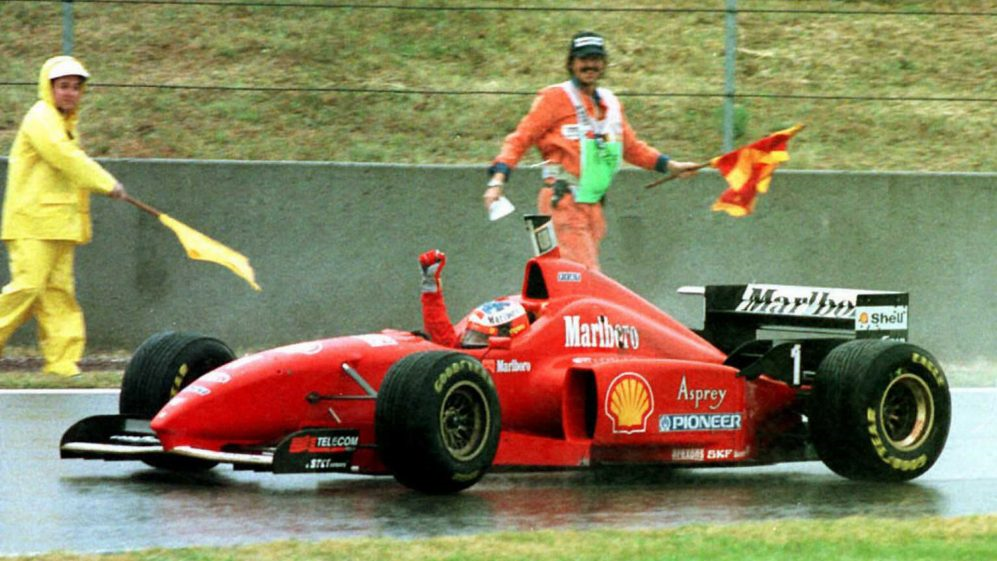 Before that, again, the F310 in 1996. Now, the F310 is one of my favourite F1 cars, ever. In many ways, if the F1-75 can replicate its season, it will be remembered favourably in Ferrari F1 history and in some ways the F1-75 shares similarities with this car, but the F310, when you look at the black and white results, was a failed concept. The F310 was the only 1996 F1 car to feature a low nose, a concept it changed half way through the season, it had a brand-new engine, Ferrari’s first V10, which initially was so unrefined it cracked the gearbox housing, it had extreme radiators, again like the F1-75, but this concept was also dropped for future seasons. But, despite this, the F310 still won 3 races and came 2nd in the standings.

So, will the 2022 be the car to break Ferrari’s tradition of making an extreme car which ultimately fails. We’ll have to see, from what I’ve seen, the car has the hallmarks of being a contender, the drivers are good enough to get results, although both will have to show more fight wheel to wheel to compete with the more aggressive drivers like Verstappen, Hamilton and Norris, all in teams I expect Ferrari will have to directly battle this year. And the pit-crew and pit-wall will have to cut out a lot of errors which have cost them over the last decade. But, yes. I think it can be done. I’ve placed my £5 on Leclerc at 11/1, odds which have already crashed to 5/1 since testing began. All I can say is FORZA FERRARI, and keep my fingers crossed.